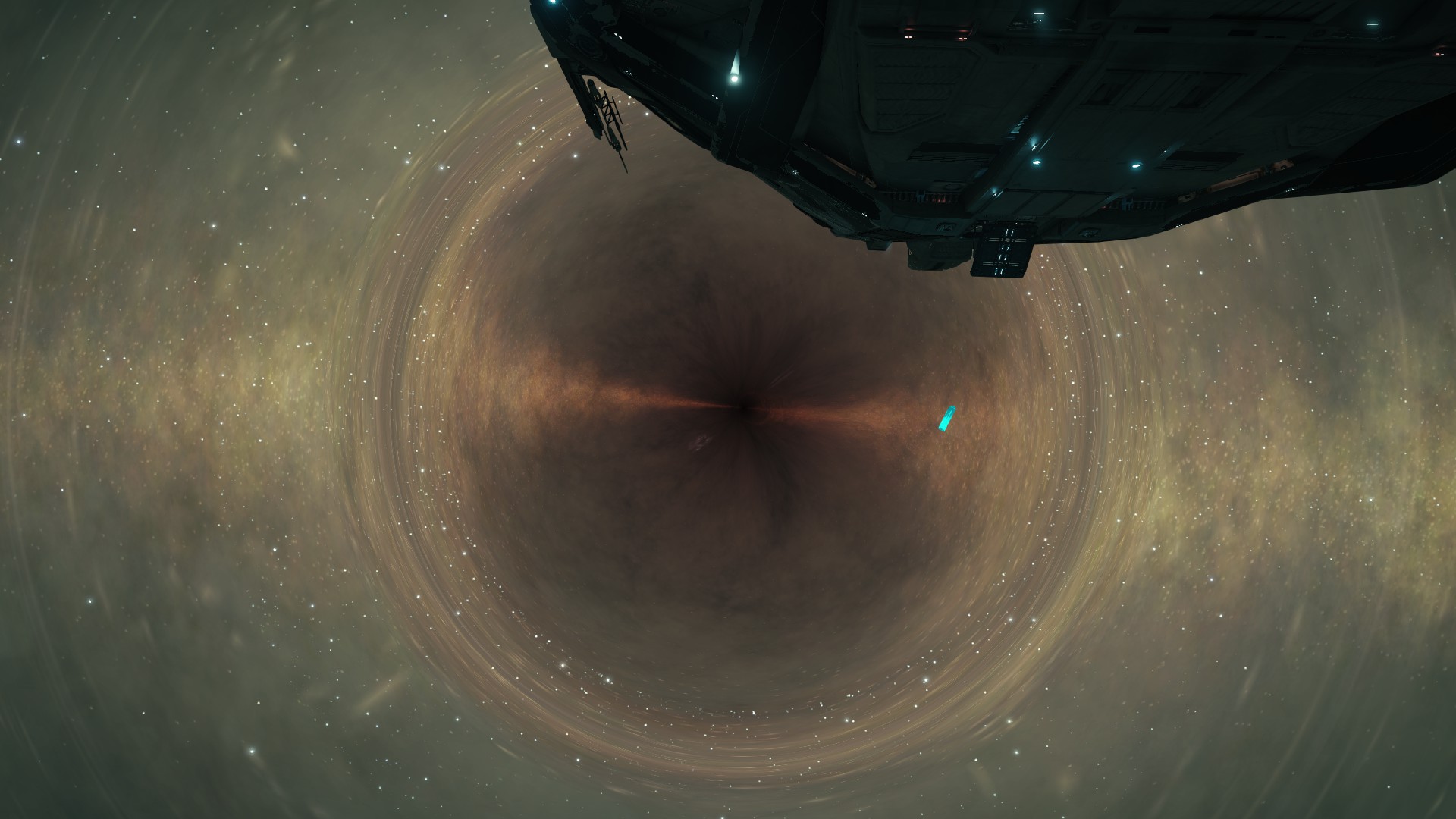 The Legacy of the Void has reached Sagittarius A*.  We have made an offering to the Void in the form of an "ancient relic" recovered from the ruins of an alien site earlier in the expedition. We will be exploring the Galactic Centre in the meantime while awaiting the rest of the fleet to arrive and the community goal for upgrading the Explorer's Anchorage station in the nearby system to begin, which currently offers only the bare essentials of services. Projections indicate the operation to be conducted similarly to the Omega Mining project with a slightly lower count of casualties due to the greater distance from human space and a lack of nearby service stations other than in the sector designated as Colonia. The effects of human incursion into the core is under analysis. Further observation of human activity is advised.
Do you like it?
0
Shiny!