Today I have mostly been. Part 1

Please allow me to introduce myself I'm a man of wealth and taste.... Actually that's almost all not true I'm pretty poor and I certainly have no taste although I am a man (I've checked).
My name's Khelan and I'm really, really, really bored!!!
Today I have mostly been shipping cargo between Ford Station in the Aruru system and Gooch Terminal in the LHS246 system. Polymers from Aruru and Basic Medicines to LHS246 and then vise versa, which I've been told means roughly exactly the same as before but just the other way around (I just put it in there to make myself sound smarter than I actually am but admit it, you're impressed) it's only a run of about 60ish light years, it's terminally dull but it pays the bills.
I've been scrabbling around the bubble trying to make ends meet for a few weeks now and I've managed to grind my way up from my little sidewinder to an ancient type 7 cargo hauling piece of bio-waste that I've "affectionately" named Flabby because she's as big and heavy as an Arbudan mega heifer and she's as slow as a week spent in a federation penal colony. She also smells a little bit like one too (it's a bit like a locker room in your local gym but with a lot more flatulence and a severely blocked drainage system)
It's not all doom and gloom however, I discovered that a previous owner of Flabby had left a few personal items behind including a load of vid slugs and audio recordings from the late 20th and early 21st century. Most of the vid slugs are of what they used to refer to as Science Fiction which is basically what people of that era thought the future would be like. I've been watching my way through them to pass the time between systems. So far I've watched a couple of seasons of an old series called Battlestar Galactica which is basically a bunch of folks on the run from a bunch of killer robots that they created (there's a lesson in there kids, don't make sentient killer robots. Or if you do, don't be surprised when they turn around and try to kill you as a thank you gift) and here's the kicker, some of the killer robots look just like us (important life lesson number 2 don't make the killer robots look like you and I).
It's definitely helping me to stay sane (debatable I know) out here in the inky blackness of Space, the final frontier with only covis and my own thoughts for company.
Anyway I think I've rambled on for long enough and I really should go and find a buyer for 264 tons of slightly funky smelling Arurun Polymers and then load up with the same amount of soon to be funky smelling Basic Medicines to haul back to LHS246.
Stay tuned for the next thrilling installment of Commander Khelan Space Trucker, coming atcha whenever I can find the motivation to write it.
Until next time kiddies, stay safe out there and remember a pet Mymurth might seem like a good idea for a gift for the family but they have a nasty habit of hiding Tharglets inside them.
Do you like it?
3
Shiny! 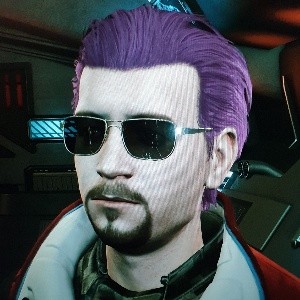