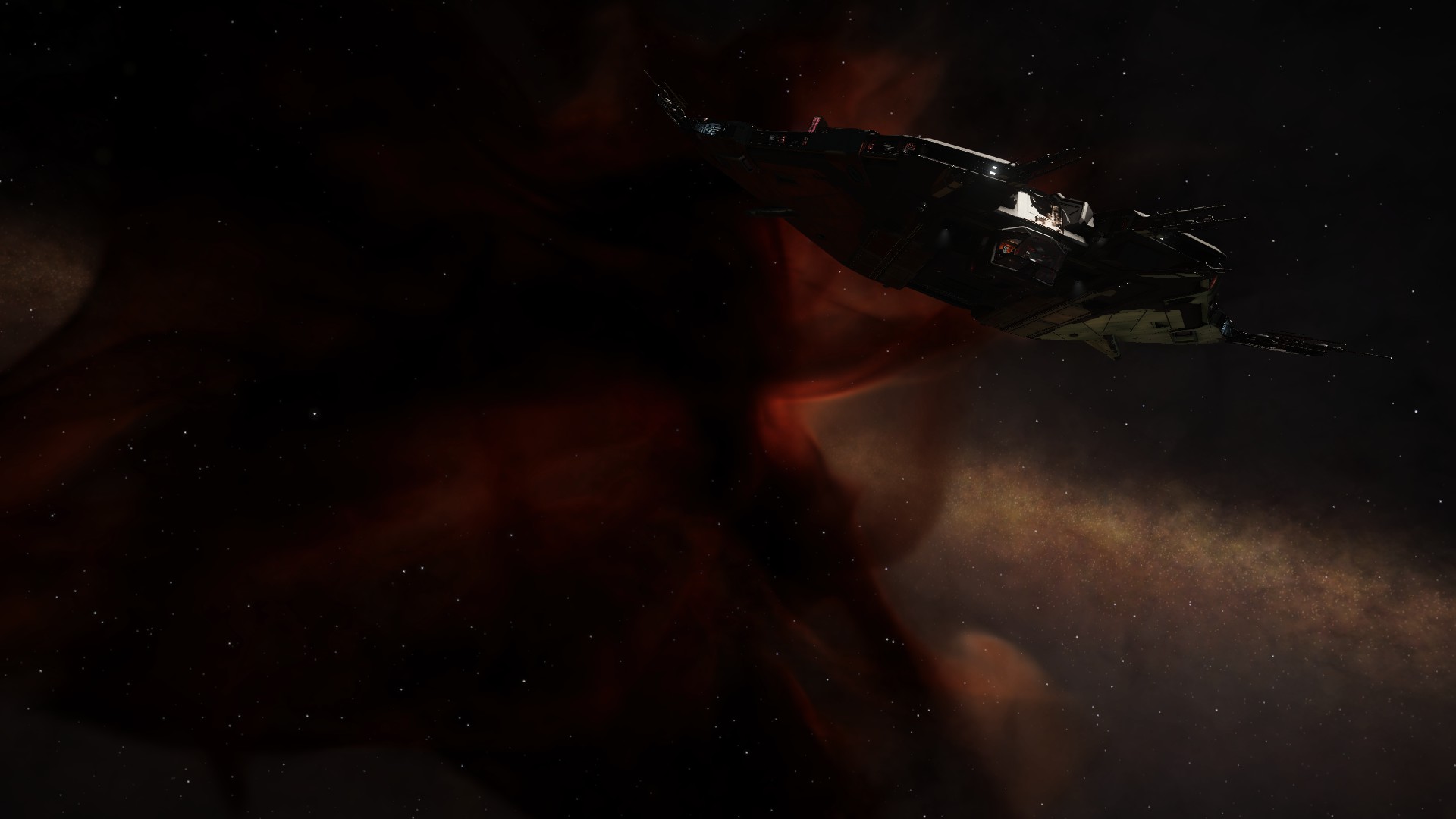 The next waypoint is over 14,000 Ly away -- 230+ jumps through a vast expanse of mostly uncharted space, seemingly devoid of neutron stars to make the trip a few jumps shorter. Not much information on the map sent to the fleet. Nothing I'm overly interested in seeing, anyway. I may take a detour if I see anything ahead otherwise, but for the moment we'll be traveling along this long stretch to Waypoint 11, "Luna's Shadow," a moon orbiting an Earth-like planet in a system more or less equidistant to the galactic core from Sol. How anyone found this is beyond my pay grade and I wouldn't be surprised if it's colonized in the future (after the indigenous lifeforms are purged, anyway).

Legacy is holding strong after repairs were made to its FSD. The expensive translucent paint job is worse for wear, however. Nothing a night in a station dock can't fix, but there aren't any this far out, and I don't know when we'll see another one again. One of my SRVs is running low on fuel. Gonna have to make a reminder to myself to refill its tank the next time I ride out with it, but the second one is still full so that may not be for a while.

The whispers have begun to lessen as we travel away from the core. I wonder what that means...
Do you like it?
3
Shiny!