LOG: Kidney stones. Bloody kidney stones. They always warn you to stay well hydrated out here, but they never said why. Turns out it's because your kidneys will grow miserable spiky bastards that feel like someone's taking a razor blade to your insides. I missed the entire Aphelion mapping campaign laid up dealing with them, and got to Luna's Shadow a day after the fleet left for Beagle.

Might take a day or two to look at the star charts and figure out how I want to cross the Abyss. Definitely going to stock up on jump materials at Iorant Depot before heading to Beagle, though. I've got enough for a handful of standard and a ton of basic jumps, but no polonium at all. I doubt I'll need it, but I'd rather have it and not need it than need it and not have it.

I'm probably going to make mini waypoints out of Thomaski Point and Great Rings, but might as well take some time and do my homework before I set off. I've made it this far in a hundred days. I don't want to fuck it up now. 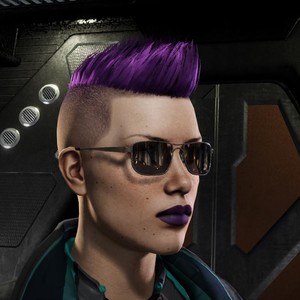 Road to Riches
Xysteroth
I'm not sure this is normal behaviour though.
Kris Afron
War in Chuntabon
Oak7603
Туманность Розетка
Diziena
Orion - Week 2 (Damon Forbes)
Damon Forbes
CMND Log 043: Prisoner of War
Switch Killington
ADVENTURES OF BRUCE COLDRUM, EXPLORER OF THE GREAT VOID 0009
Bruce Coldrum
So What Does an Intersteller Relations Manager Do?
Oak7603
Orion_Expedition_CMDR_Turkish_33060125-002
Turkish
I may have a problem
Korz