The blackened silouhette haunted me for days! I kept searching to find clues to no avail. Who was it? How was he connected to my father?

My father was just a humbke explorer for the Federal Navy all his life until his retirement. He really hadn't much of a story besides that. Dedicated to both his job and his family.

Hmmm… now that I think about it, thibg changed near the end of his career. I was still young when he retired in 3270, but if I remember correctly, he wouldn't talk about it, and he looked uneasy every time we asked him why he stopped travelling to the stars. He kept telling us that his family was more important than his job, always soubding like it was himself he was trying to convince. Don't get me wrong, he was the best father I could ever wish for, but exploring the galaxy was his passion. Like a musician needs his guitar, my father needed to travel the galaxy

I remember that night when his old friend, who was by then his commanding officer, came to our quarters. It wasn't long after my father came back from that expedition he didn't want to talk about. Something really scared him in that expedition. I was supposed to be sleeping at this hour, so I silently tried to see what was happening. I overheard oarts of their conversation. His friend was telling my father that he had been assigned to a civilian expedition organized by some club that was going to go really far. The duration was to be a year or so.

I thought my father would be exited to go on such an expedition, but it wasn't the case. He was furious and started yelling at his friend. His friend didn't seem to enjoy giving the news either. He told my father that he didn't have a choice, that these were orders coming directly from high command.

My father promptly resigned his commission and never flew again. He then became somewhat paranoid. Always had the best security systems installed and started using obsolete tech in order to avoid being hacked.

Heard his friend died several years later. It's a shame, he could've had some answers. Especially what was that expedition offer that made my father resign his commission?

Well, I gotta go gather some materials to engineer my ships. Gonna build one to hunt Thargoids too. They were the ones who attacjed the station and killed my family!
Do you like it?
2
Shiny! 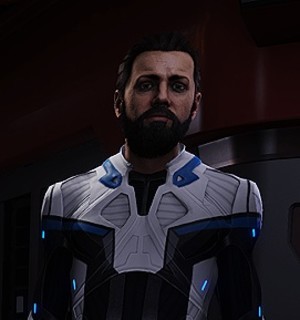