The Void Beyond the Rim 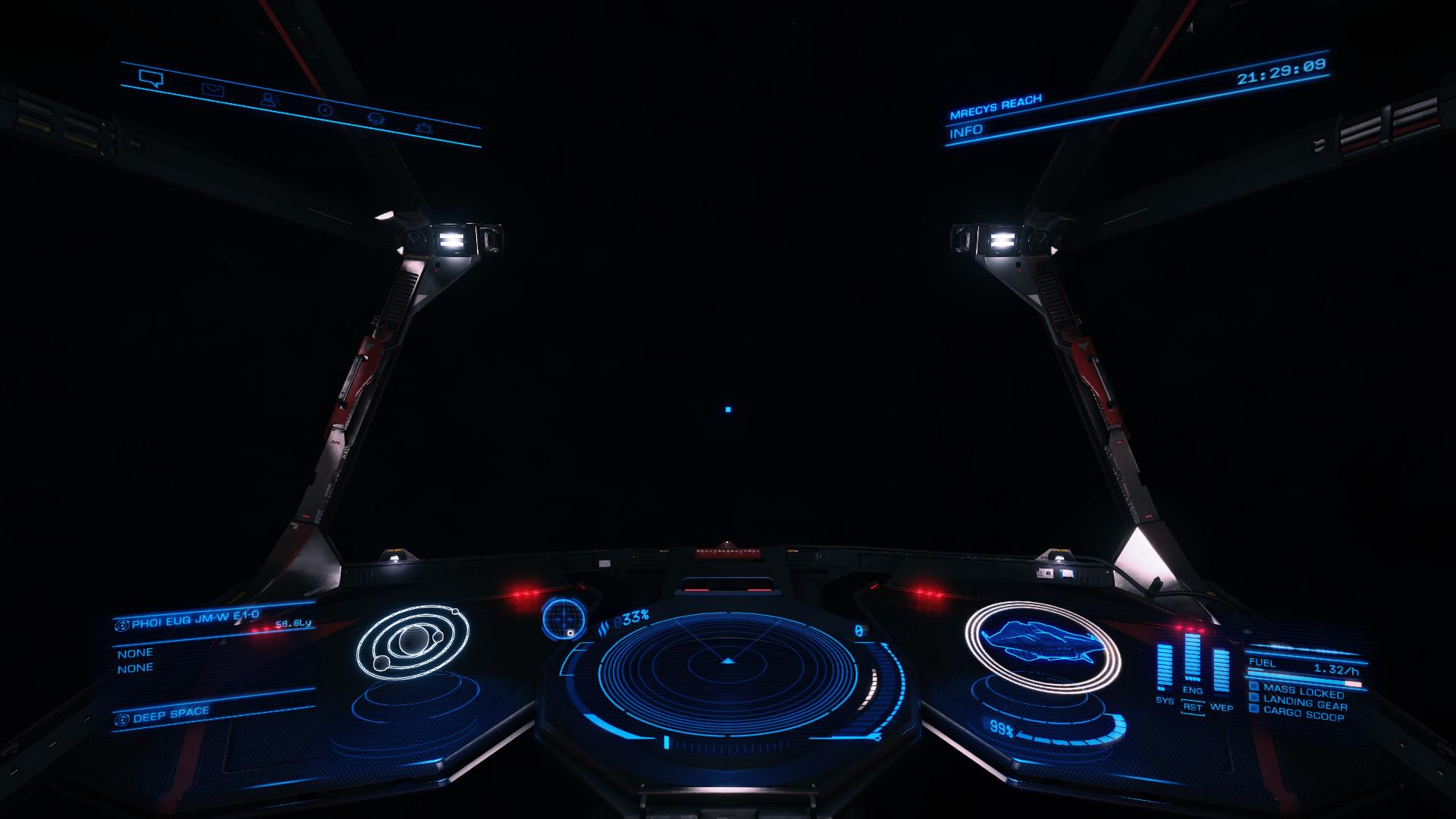 I didn't use the camera drone because if you didn't see something in the frame, you may think I just took a picture of the gally with the lights off.

That is the endless gulf between galaxies. This is the expanse that makes up the majority of our universe. Just as matter is made of mostly the space between electrons, the universe is just scattered clusters of stars nestled in an endless nothing, and here it is before your eyes. Frankly, it’s incredibly boring.

I was expecting, and ready to wax lyrical about the vast yawning depth of the deepest light drinking black that threatens to draw ones soul from the frail shell we call our body, but I can’t. It’s not even that black. I wanted to see an inky black. A darkness so complete, it could be a reality encompassing entity. Where ever light cannot reach, there would be this sentient darkness waiting to envelop and absorb anything able to comprehend it. A primal darkness that made early man fear the world beyond his fire lit cave, but no, it’s just sort of dark grey with some dust in the way. I have a feeling that dust is boredom made physical by the complete lack of an abyss looking back, or contemplations on the vagaries of existence.

If I was in a lil capsule exploring a trench deep underneath the ocean I could feel a sense of dread. Anything could be down there, and the darkness would be real darkness. The capsules powerful spot lamps would feel like a match cupped in your hands on a stormy night, a faint glimmer of light against the hungry dark below. If nothing terrifying did emerge from the trench to crush the pod in its powerful maw, then the weight of the cold ocean pressing down on you would gladly squash your helpless body like a particularly sticky special effect given the slightest chance. Giant ancient things could swim past with glacial indifference to your existence if they bothered noticing you at all, buffeting you like a leaf in the path of a speeding truck. But no, this void is just that, a void and nothing more.

At least in the oceanic trench, the darkness below would be something, but this emptiness is nothing, just a big not quite black nothing. Oh, I know there is an awful lot of quantum going on out there. Stuff popping into existence because it’s collided with something else and then whizzed off in another direction. Billions of tiny things zipping on their way to nowhere in particular and paying no attention to the crazy notion that solid matter could possibly stop them, or even exist. That’s all very well for the quantum level, but the average photon doesn’t look around and notice a complete lack of night clubs and worry about what it’s gonna do with its Saturday evening.

No matter what I do now, I’m just taking the long way home. This is the apex of my voyage, the peak of the mountain climbed. I passed a good few rim trippers flags, names emblazoned on the discovery computers display as the first person to see this body this far away from home and I do feel proud of myself, and Mercy’s Reach for leaving them behind and going a few star systems further out into the void to plant my flag. My name is a little further out on the edge, waiting for the next explorer to find it and travel beyond. I hope they somehow feel me wishing them good luck and safe voyage my friend. Press on.
Do you like it?
10
Shiny!