The Things You Can Do When You're Not Paying Attention

I spent a lot of credits bringing some more ships and larger-classed modules from the core systems, so that meant I needed to get serious about building my bank account back up. By far, the easiest way to do that is mining for the uber-lucrative minerals like Void Opals and Low Temp Diamonds. In the Colonia region that's not a hard task, given that we just don't have the ridiculous number of pirates, gankers and griefers. And we have a lot richer field of untapped stars with ring planets, too. But when you are focused on a singular task (making money) you can miss the fact that you're also doing something else. In this case: 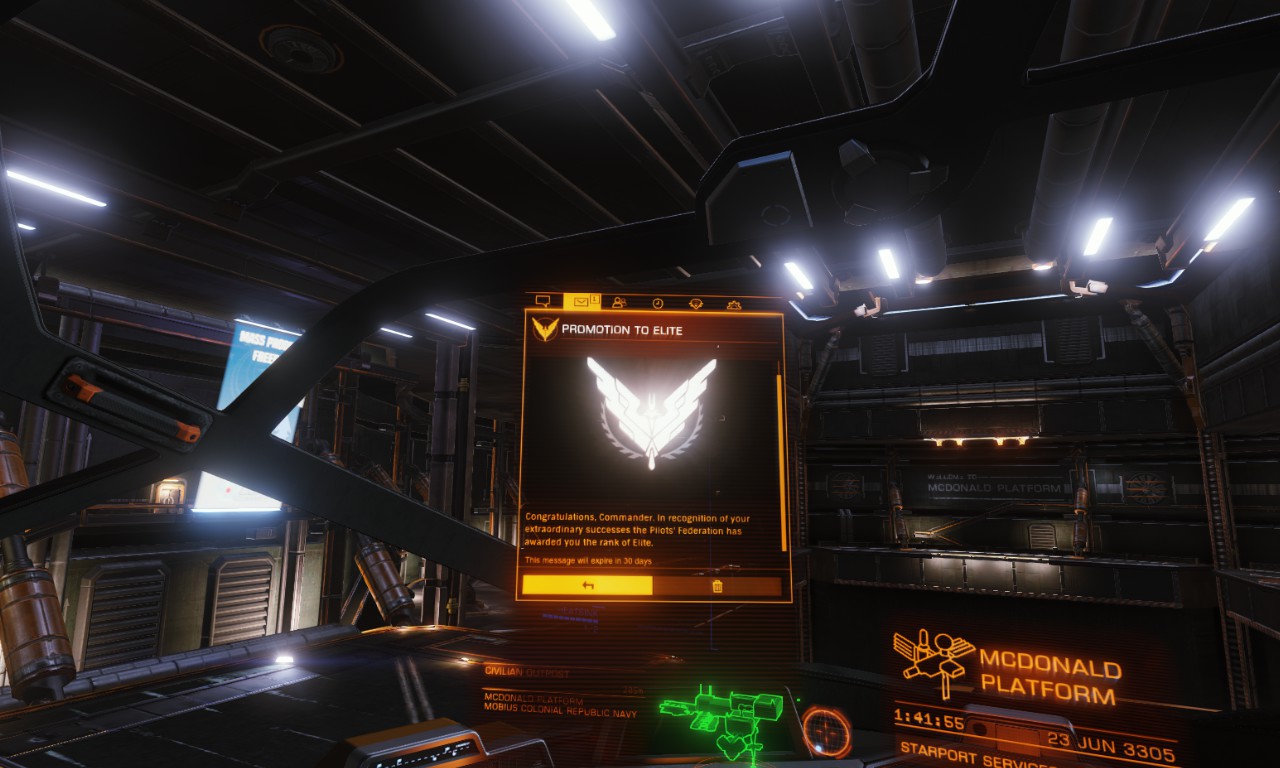 The last 120 million credits I cashed in on vaulted me to Elite Trader. I've been an Elite Explorer for quite some time, now, and if you'd have told me I'd be holding any sort of Trading status I'd have laughed at you. But, here i am. While I'd like to get the ranking of Elite Combat, it's just far too difficult to attain, especially out here where there simply isn't that kind of opportunity. Folks generally behave out here. And we don't have any Thargoids bothering us.

But, still, this is a nice little feather in the ol' cap.
Do you like it?
8
Shiny!