Nothing out there right now, so I looked in here for a bit.

There has been very little of note to pass along after reaching the rim. I’ve covered many light years on the galaxy’s edge, but all I’ve got to mention is discovery snipers and Ice planets. I’ve taken to reading some logs other commanders have posted. I have noticed some patterns; after all, I’ve hit all the same beats myself. I’ve also had it made clear my own diary is far less professional then the fantastic entries experienced explores let us read. A real explorer that often makes their logs public gives us light years travelled between reports, fuel used, route taken and discoveries logged. Even the basics like time and date escaped me, and they would make the log so much more relatable and informative.

They give us all that as well as a story about their week in the black. I don’t know if I can make that work for me, I like to impart my experiences the same way I would talk to an interesting person I met at a bar. I’ve always been a “start as you mean to go on” type of person. If I try to be all professional now, I think it will spoil my flow. I’ll do a better job next expedition.

As for the patterns I’ve picked up on, we explorers all seem to have a goal like get to the rim or visit the centre. Having your name on an Earth-like world or an interesting star system is a draw as well, but mostly just as a side effect of getting to the grand destination.  It’s always some great journey that will keep us away from civilization for months on end. Seeing a nebula or landing on a planet with a wonderful vista is incidental, and is only done if we happen to be passing quite close to a point of interest. It’s hardly ever the reason for the expedition.

I think exploration draws a certain type of pilot out into the black. I’ll bet people that study such things could drop us into a small number of categories. For example, the times I come across an introspection on the loneliness of space is staggering. Why do we go out there when we know it’s gonna make us think that way?
I wasn’t going to put this image up, or the story that goes with it because it sounds weak and pitiful, but it’s a fine example of what a lot of us willingly expose our selves to. 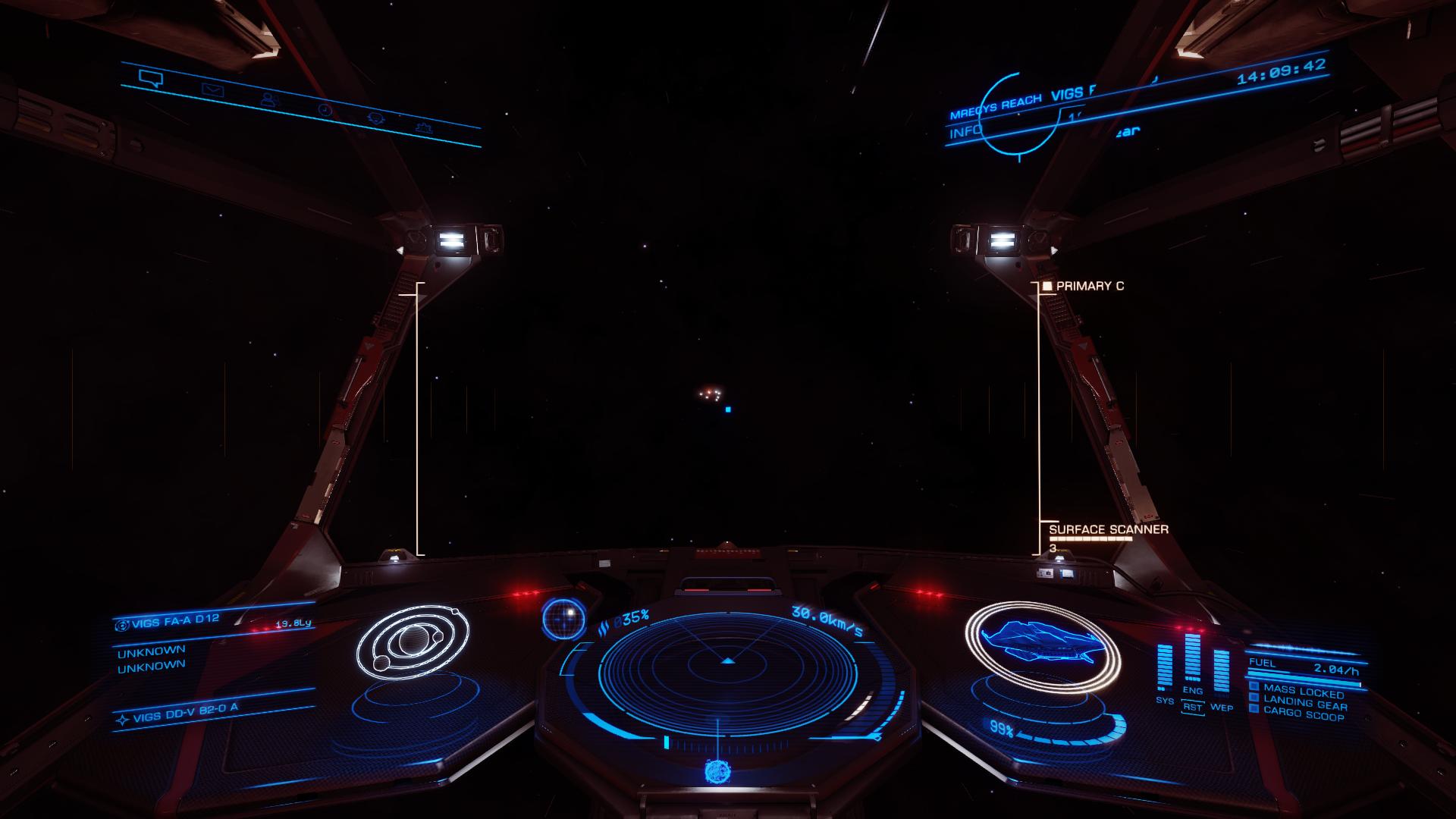 I saw that and, no word of a lie, my heart leapt to see another ship out here and I mashed the console until I got the coms online. Then I had to go find my helmet because I hadn’t used it for a while (It was under my seat with a pack of stale cheese twists in it). I excitedly hailed the unknown commander on open comes and that’s when I noticed it was just a distant cluster of bodies around a star. I sank back in my chair and, just for a few seconds felt completely empty like I’d never talk to a real person ever again. I chose to come out here to the rim, what did I expect? Hardly gonna be a pub crawl with the gang every weekend, and then off to Bazzer’s place for a take-out party.

After the “I’m so lonely” story, it’s the “Importance of a Routine” rhetoric. I got myself a routine. I set myself daily goals to reach and of course overall experience I want to have achieved before I head home. We all know we were coming out to do one job and frankly, there is bugger all else to do, so what else other than a routine that gets the job done could we fall into?

I think the same ground gets trodden time and time again because the commander has to settle into the mindset of the astral body logging automaton. Until something of interest turns up on the scan, we do get into a robotic almost programmed state of mind. Telling the dairy that we feel lonely and getting a routine sorted out really helped the journey along, oh and by the way, the journey I’m telling you about is a Grand Expedition, just helps us feel human again.

Humans making contact with other people that may read our entry and make the trip feel like an achievement of merit rather than just a personal victory. No man is an island so the saying goes, and it seems explores have to go out into the depths of space to prove to themselves what they already know. No one likes being alone.
Do you like it?
11
Shiny!