A week full of nothing to talk about. That’s what this week was right up until Friday, and that was like a poor lover anyway. Anti-climactic.  After my fan-splosion for the K2 and the Phantom (ffffphANTommm) I have nothing to write. Oh I saw a good number of water worlds and such like, but after twenty thousand light years’ worth of water worlds and what not, they lose their luster and offer zero inspiration.

This week I have been looking for things put in the log, dairy, or monolog to whoever is listening so I had a good read of proper logs posted by experienced explorers. As ever I was blown away by how inept my scrawlings appear to be next to them. I particularly enjoyed what Australian Chaos (AustralianChaos if you look for him) had to say. He’s going to Beagle Point in a Dolphin of all ships. After thinking about that for a little while, I saw the wisdom of his choice because that thing can take luxury cabins. I highly recommend reading his logs, he’s good at what he does and deserves a read. 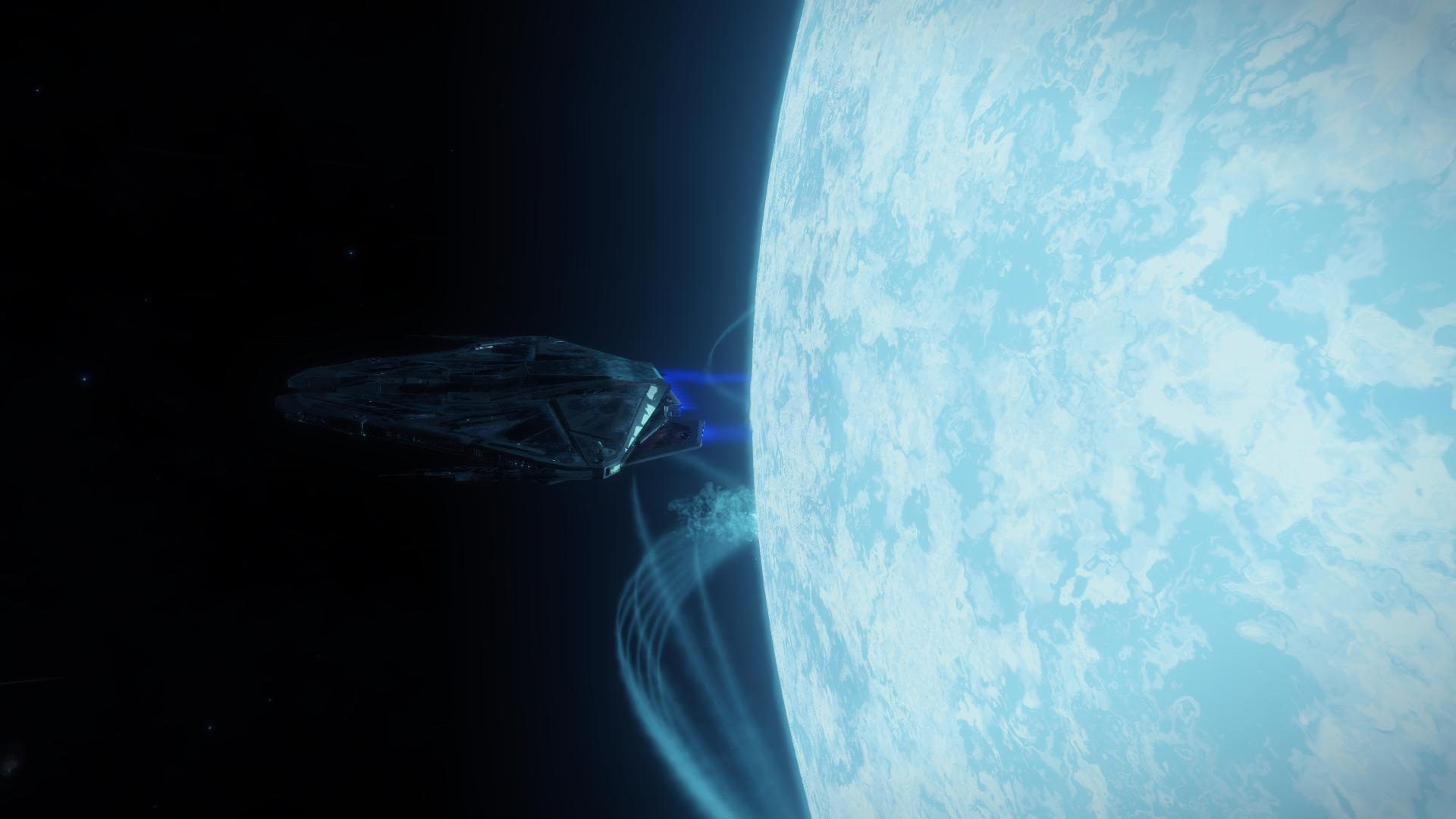 That choice of exploration vessel got me thinking about my next expedition and I fired up the ship build simulator and set about making my deep space Dolphin. That didn’t allow me to fit everything I may need, so I next had a crack at an Orca. Even that oversized Star Bus couldn’t cram in luxury cabins and cargo/repair systems. If I fly like I was being tested*, I could risk going without repair limpets but I do like that safety buffer. I have on a few occasions done damage to Mercy’s Reach when trying to get a good picture, so even with the best intentions; repair systems are worth the space. In the end, the fattest slot blocker won the day in luxury exploration builds and a fair jump range. The Beluga Liner with a respectable fifty-six light years. I don’t hold out much chance of landing that enormous water balloon of a mass locker, but oh my would it be sweet for bikini-clad exploration and Pimms on the lawn before tennis with the Havisham’s. 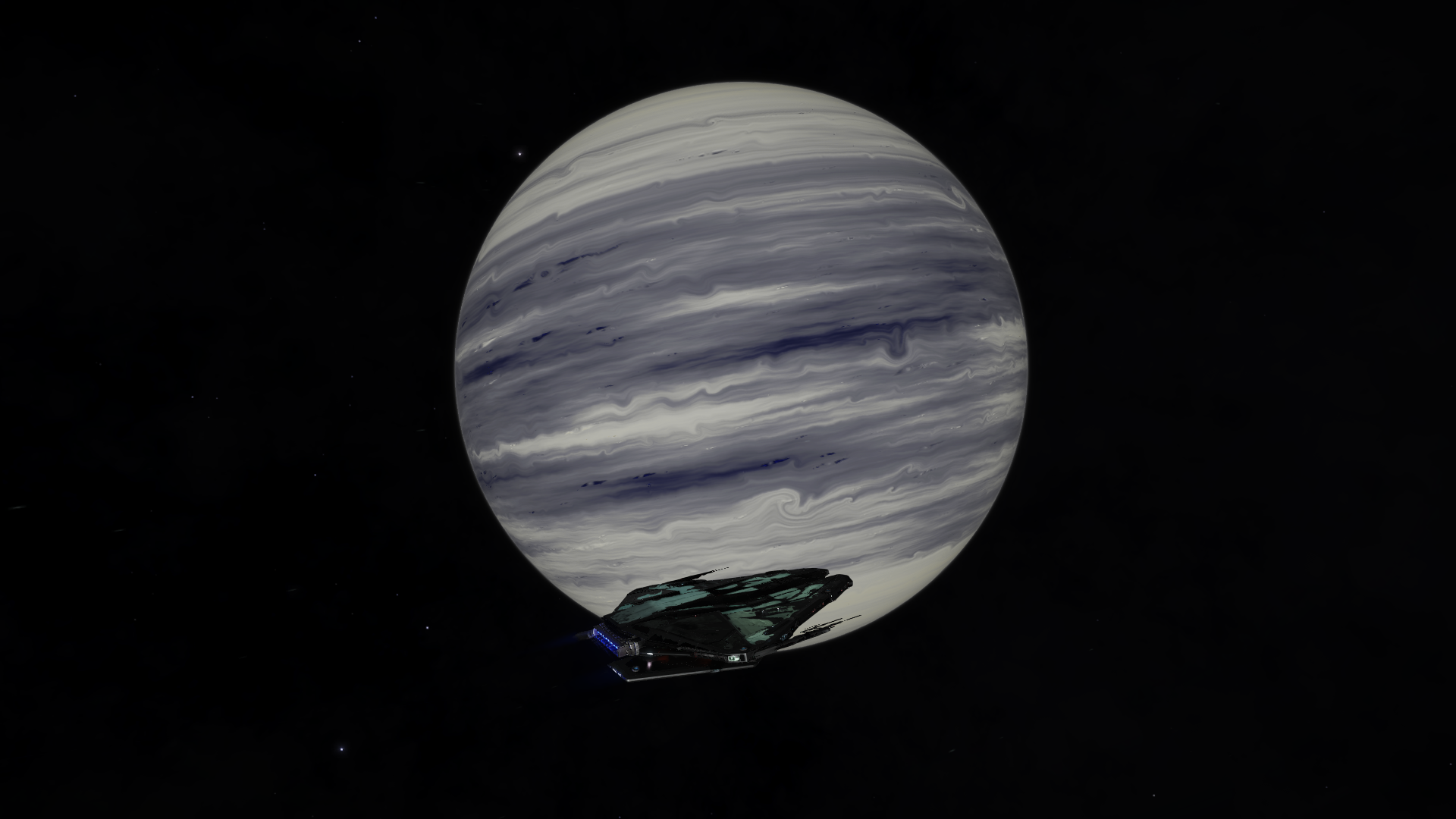 That got me thinking about the rest of my vessels. I left the day the Pilots Federation doled out the mandatory upgrades to all ships, so I’ve not had the chance to tinker in my hanger bays. With everything I learned as I changed from messenger girl to cruise liner operator, I see now I need to sort out the modifications and load-outs of all my ships. The only one I’m happy with is Lambaconda, and that could do with a lil fine tuning by the experts. My liner only ticks all the boxes because it’s for one simple job and is there for, easy to tune. The learning curve on engineering is plain to see as I glance through my choices on my earlier ships and the same goes for my equipment. I got plenty of retuning and module changing to do when I get home.

Anyway, back to my experience this week. As I said, nothing worth a shout turned up until Friday and then it was just what we stargazers are looking for, an Earth-Like world.. .. In a system already mapped and logged by some other bloke~. I see now most so-called explorers just ping a system and move on if nothing in the sweet spots turns up. Each to their own, but that’s not what I call an explorer. It was refreshing to pass through a few systems that had been completely logged by a fellow rim tripper by the name of Zarqoon. That made me smile. I don’t think that name will mean anything to people that haven’t been to Milliways, but needless to say, I think this Zarqoon is a hoopy frood dude that always knows where his towel is. 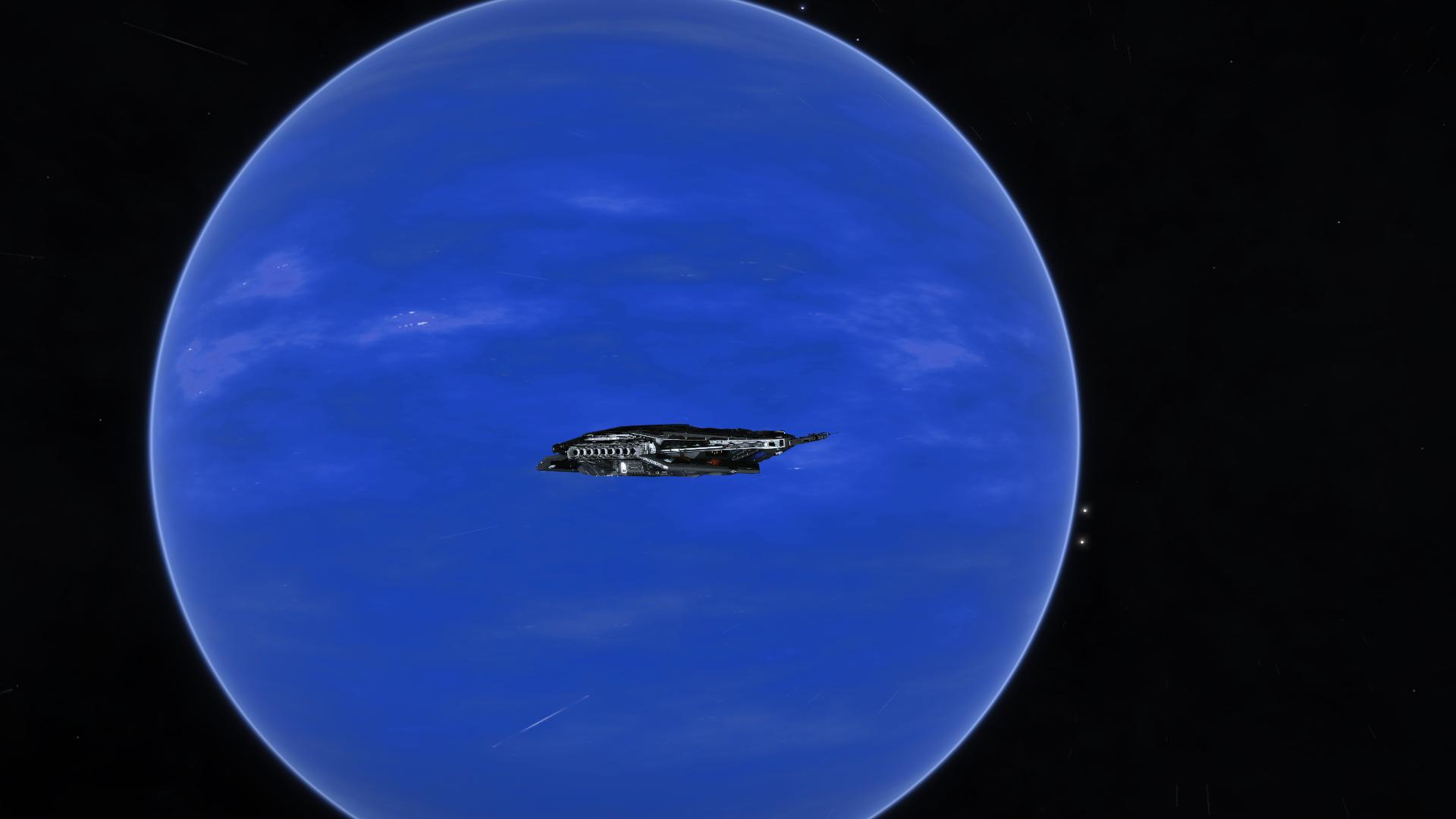 After the second Earth-Like I ever saw and also the second one already discovered by someone else, I got dejected with the monotony of it all and very little personal reward for the time put in. There are only so many Ice worlds one can log before finding out almost everyone else doesn’t bother and just races off for the cash-heavy discoveries. Sticking to this “I’ll do it properly” mentality is feeling very much like a broken pencil. Pointless.

Still, I made an effort not to be childish about it and carried on the way I have from the day I left. On another nameless Ice world, I found some biological sites to visit. The scan everything method is dull but it does offer the chance of interesting sights and good pictures. However, once again my hopes of a good snap were dashed. I checked three of the sites that were on the light side of the ice world, and not one of them offered a good vista and anyway, it was that crystaly, venty, gasy, where’s the biology thing again. It seems the infinite diversity of life just went “telly evangelist breakdown crazy” on Earth and skipped the rest of the Milky Way. 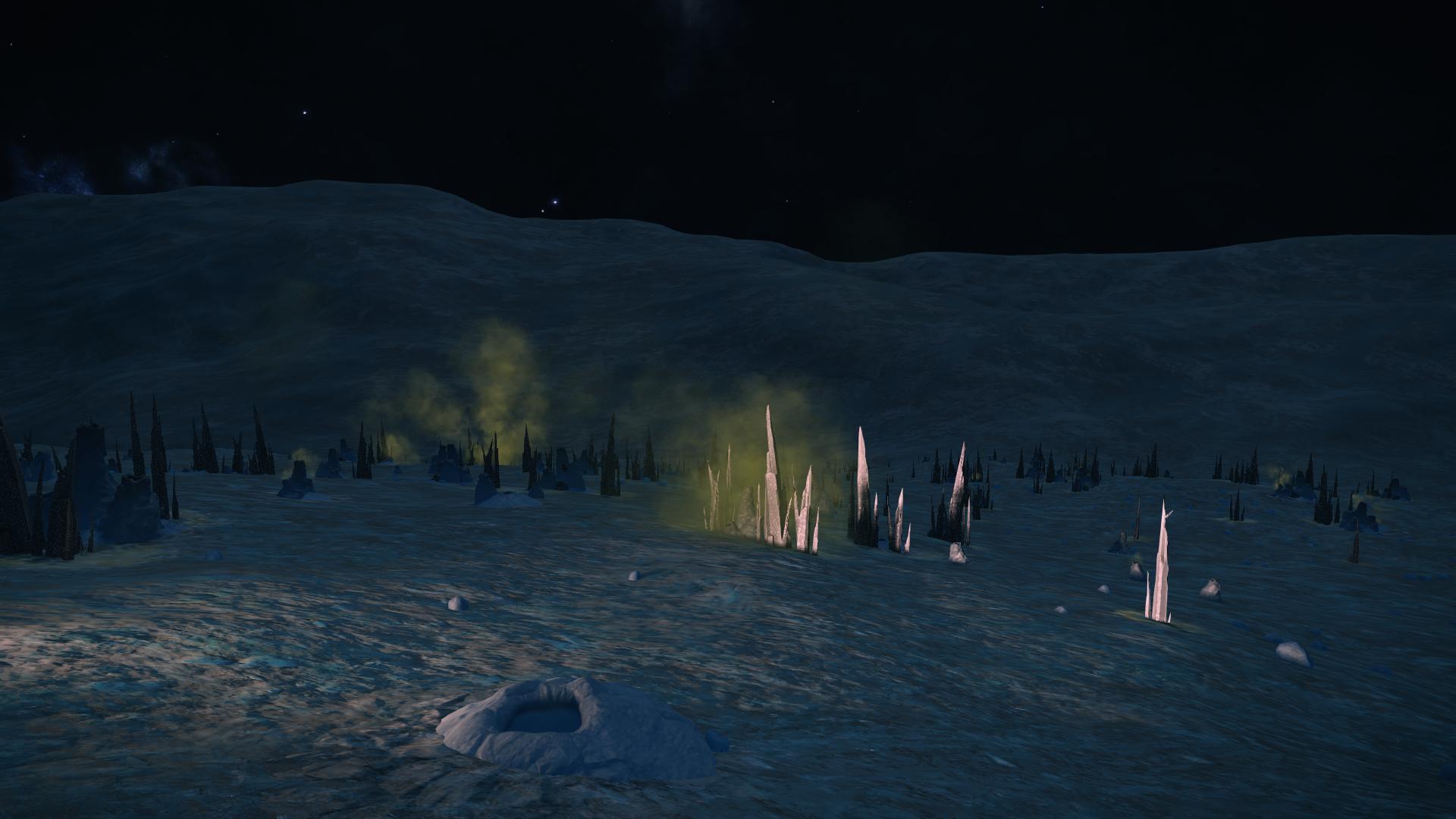 In the end, I only saw two things worthy of note and they had been both been seen before. My supplies are. Hmm. Ok for now.  I’ll carry on the way I’m going for a month or so and then head for home before I run out of Rich Tea biscuits. Not discovering an Earth-like first is one thing, but being second without a good cupper and the right biscuits is just not cricket.

*Not tested by the Pilots Federation, they give a licence to anyone that pays them.