This is Jav Marlo, recording this log on board the Cratos, in the Witch Head Nebula, during the Thargoid raid.

Soon after professor Palin’s megaship, Carson’s Spring, arrived safely to the Arche system, the Thargoids emerged in the Witch Head Nebula aggressively attacking the new human stations. I guess they wanted to defend the barnacle sites. A request to the independent pilots to help in the repel of the Thargoid menace was promptly issued. I finished the engineering works I was conducting in the Cratos, installed two large Ax multi-cannon turrets and a remote release flack launcher and headed to the Witch Head Nebula. It was time to fight back.

After the 1000 light years trip, my first stop was Jackrock Outpost, a tiny planetary outpost controlled by the Alliance that contains the only shipyard in the vicinity. From there, I checked the status of the systems raided by the Thargoids. They had already been repelled from Federation territory, but the Alliance system of Witch Head Sector HW-W c1-9 still had active combat zones. 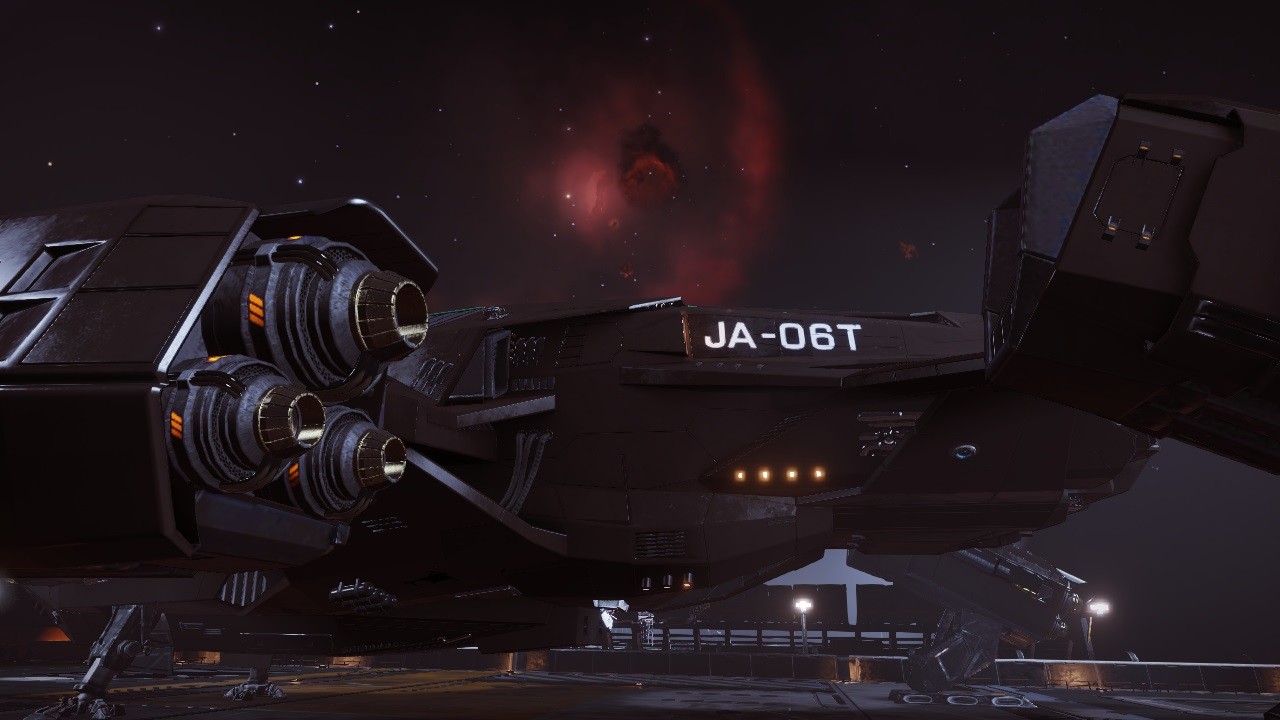 The moment I jumped into the system I received the distress signal of Sherrill Orbital, an Ocellus Starport of the Alliance that had been attacked. I wanted to check if rescue operations were ongoing, so I headed there. 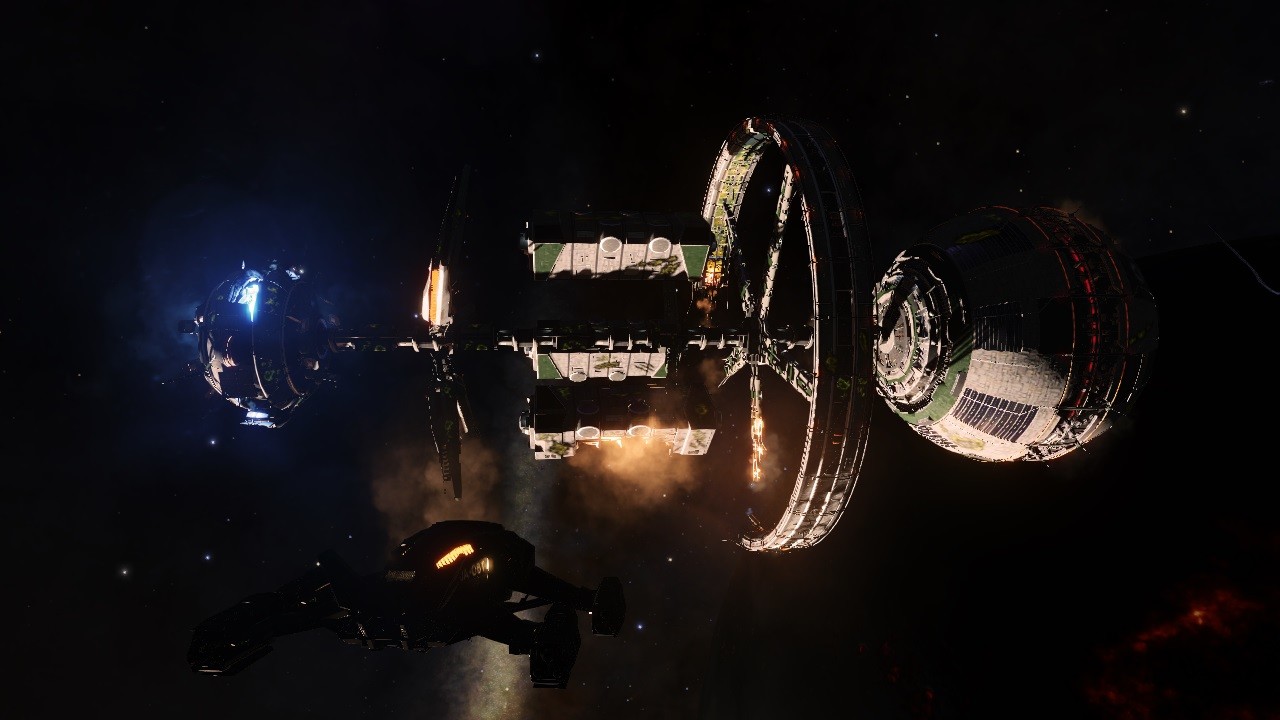 I could see a worrying flashing blue light visible in the rear of the station, and I approached to take a closer look. It was the power core. The power core of the station was exposed, launching vast amount of radiation to the space. All my ship systems blurred when I closed, and the temperature started to rise. The damage taken by the station was devastating. 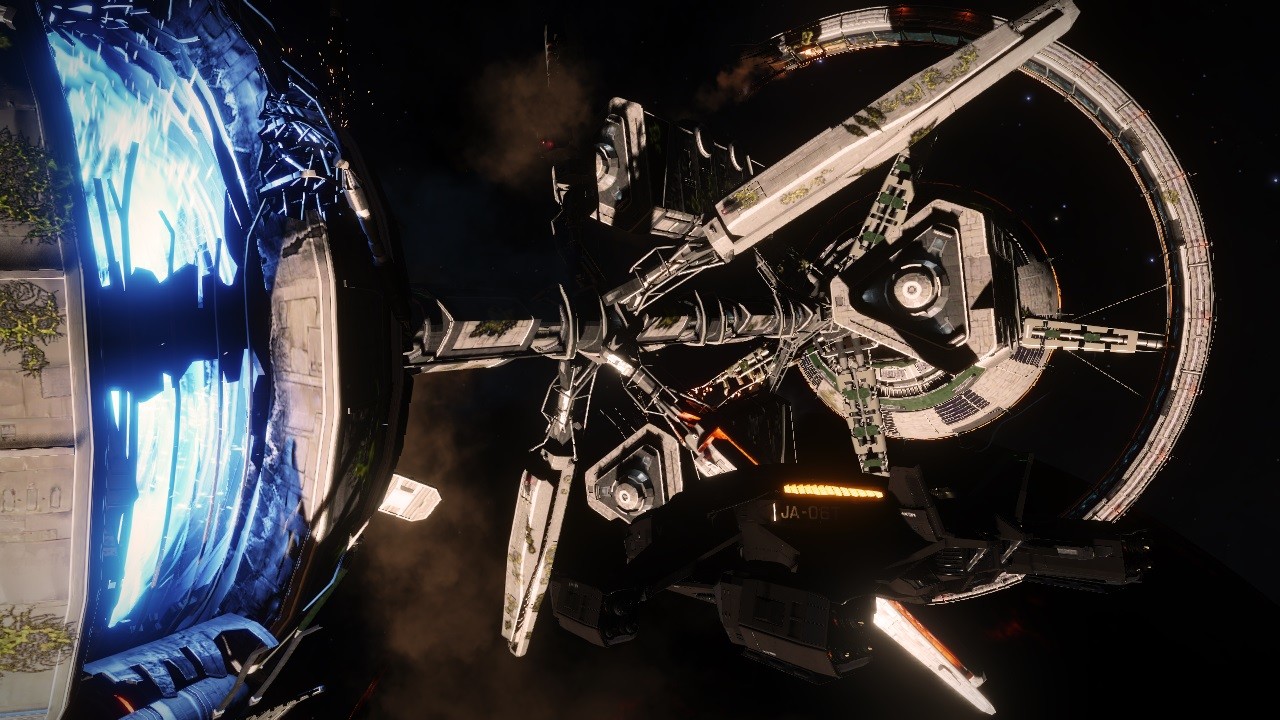 Some rescue ships were coming and going from the station, but it was clear that the whole system was in chaos. There were non-human signals and combat aftermaths everywhere. 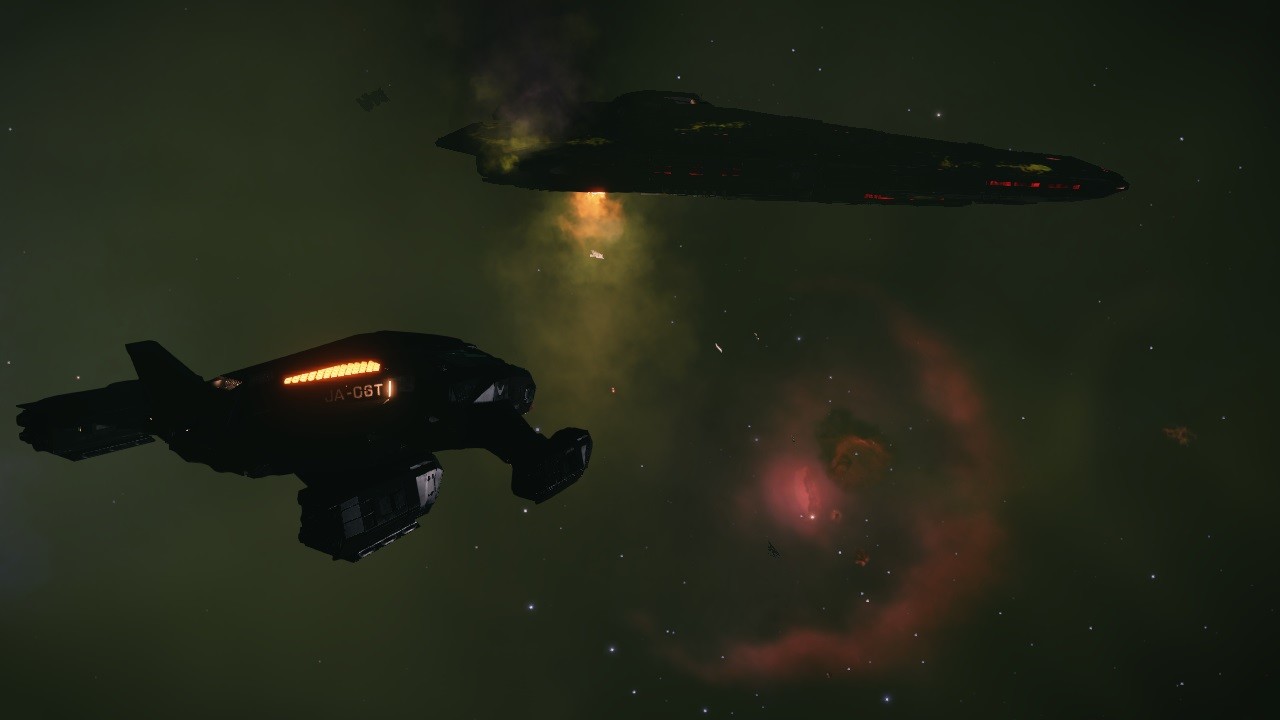 I decided to look for the nearest combat zone and join the fight. There were some Alliance forces there trying to repel the attack of a swarm of Thargoid scouts. I found the scouts to be very vulnerable to AX multi-cannon fire. They are very nimble but weak. Their major threat is the caustic damage and the acid clouds they leave on exploding that slowly eats through the ships systems. Decontamination limpets are mandatory.

We repelled wave after wave of scouts, but our numbers diminished too. I may have killed more than thirty scouts when the big ones came. The sensors detected a frame shift anomaly, and two Thargoid interceptors made their entrance. That was a totally different business. They quickly overwhelmed our forces and I was forced to flee with a Cyclops in pursuit. That is when Palin’s thruster modifications showed their value. 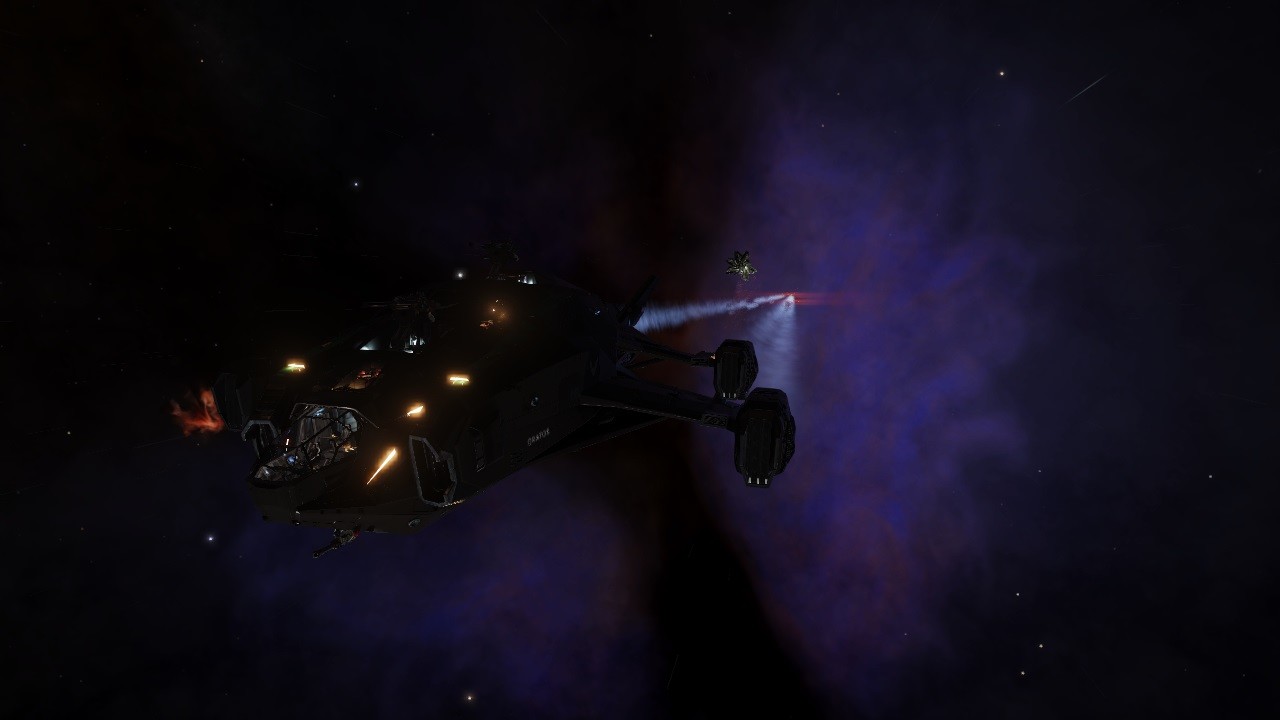 I came back to system Witch Head Sector LC-V c2-10 to lick my wounds. I was landed at the Acropolis VR57 megaship, still ashamed for my recent retreat, when I received a message from Zal Marlo. He had seen my beacon in the Witch Head Nebula and was travelling here. He wanted me to help him hunting a Thargoid Cyclops. It seems that he had a new ship that he wanted to test. He would arrive here in the next eight hours, so I waited for him. 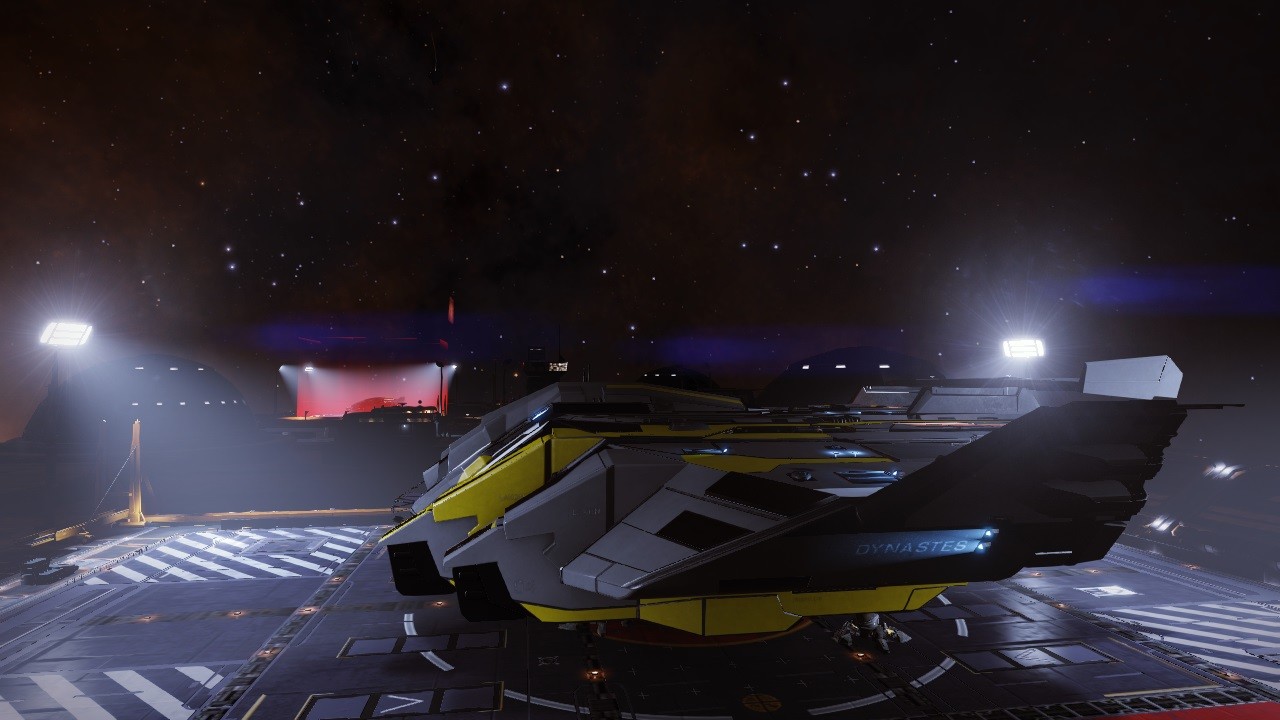 I could see Zal approaching the megaship the moment he dropped out of supercruise. He was flying a huge Type 10, white and yellowed stripped, that he called the Dynastes. It carried four large AX multi-cannon turrets and had a huge armor. Damn, where does he gets his resources? Every time I see him he is flying a new ship. And that was an incredible expensive one. 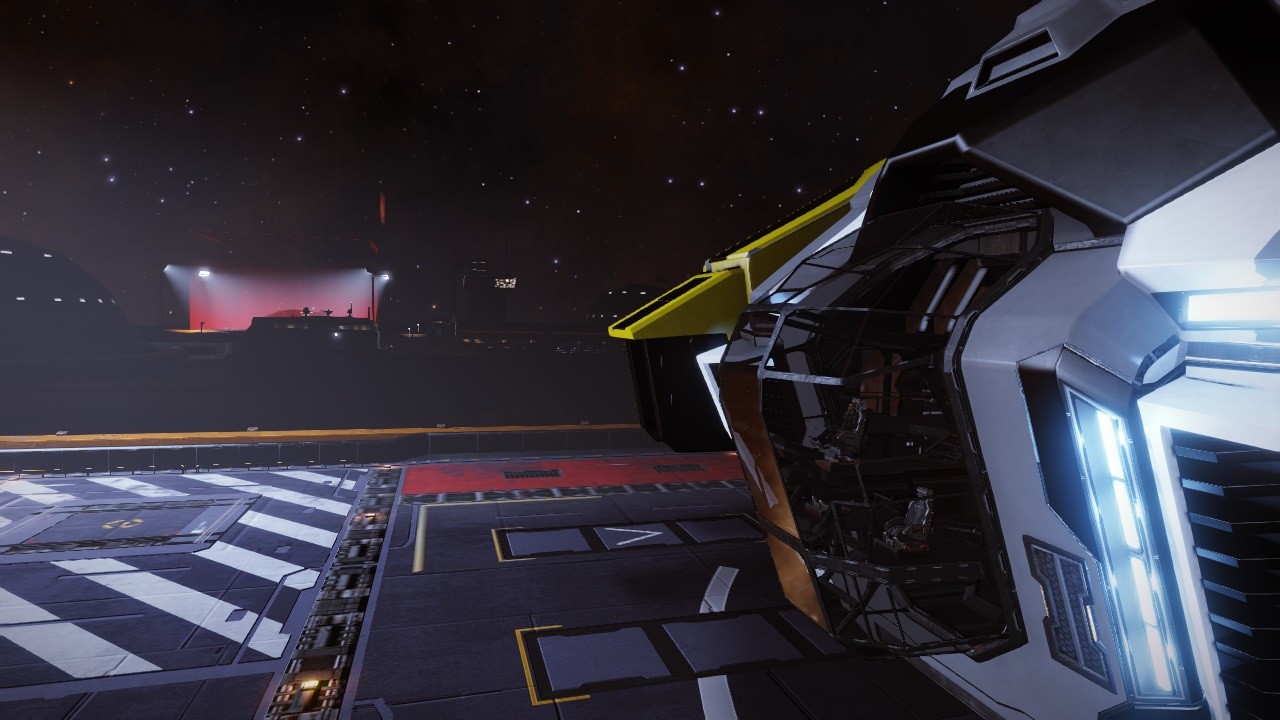 Zal told me that he had avoided fighting the Thargoids all along the war because he was not ready, but now he had built an anti Thargoid ship and that he wanted to kill a Cyclops. I told him that I have seen some big Thargoids myself, but never actually killed one, besides scouts, and that they were very dangerous. He said that was the reason he was seeking my help. He looked pretty determined, so I decided to show him what a Thargoid can do to big ship like his.

I looked for the signal of a combat aftermath and soon found one. When we arrived, I saw the wreckage of many ships, a Type 9 cargo transport very similar to Zal`s ship among them, so we took a closer look. 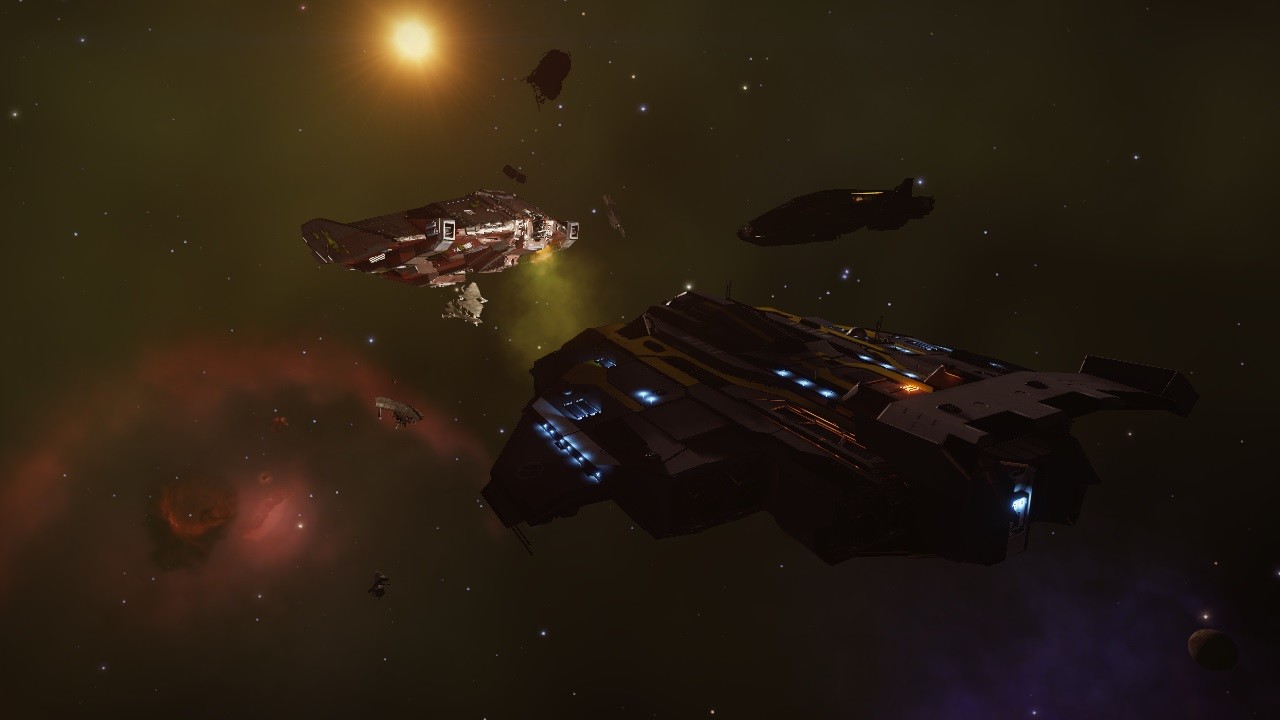 The hull of the ill-fated vessel had the green marks of severe caustic damage. A big hole was visible underneath, still in fire, probably where a missile had penetrated the hull. 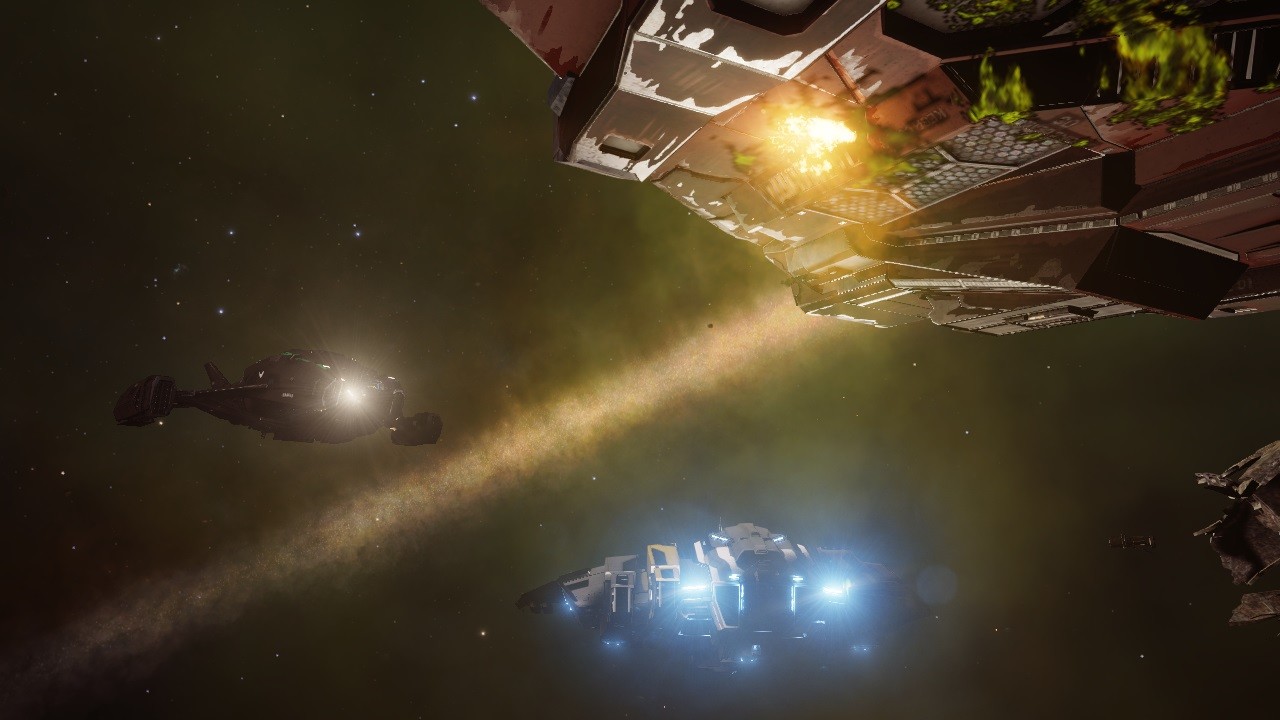 I asked Zal if he was going to risk losing his ship. Mine can outrun a Cyclops, but his Type 10 is too slow to run away if things get nasty. He said that he was determined to kill a Thargoid. 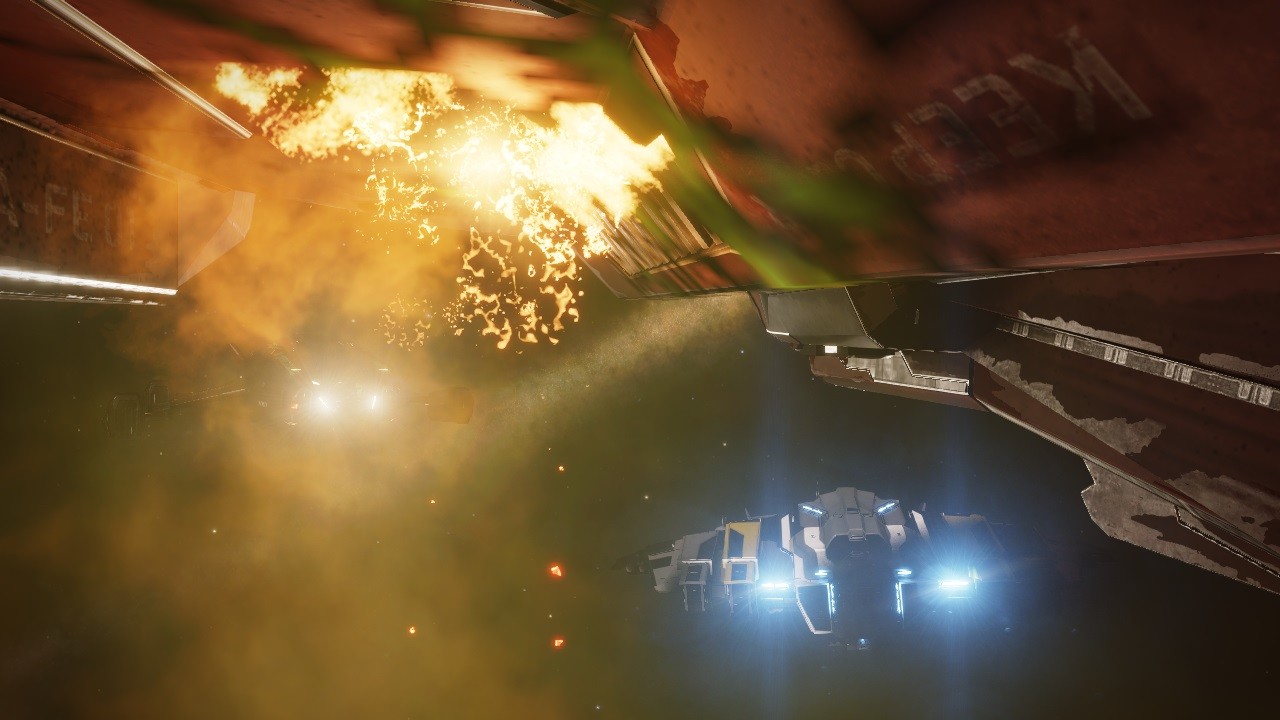 I proposed to kill some scouts before facing one Cyclops, in order practise our tactics, and Zal agreed, so I looked for a low threat signal. Zal found one before me and I followed his beacon to join him. When I dropped out of supercruise waiting to find some scouts I saw Zal confronting a huge Cyclops that was in the middle of the wreckage of several ships. Probably collecting bodies. We were in trouble. I scream to Zal not to provoke the Thargoid, but he was already spitting fire into the Cyclops. The big hunt had commenced.

For the next forty minutes we hold fight against the beast, suffering considerable damage to our vessels. The Thargons were the biggest threat. These little critters are incredible hard to avoid, and terribly difficult to shot down. The missiles took their toll too. But we persevered, destroying heart after heart of the Cyclops until it exploded in the middle of a big green and corrosive cloud. We had done it. Our ships were battered and covered in caustic substance, but we had survived. 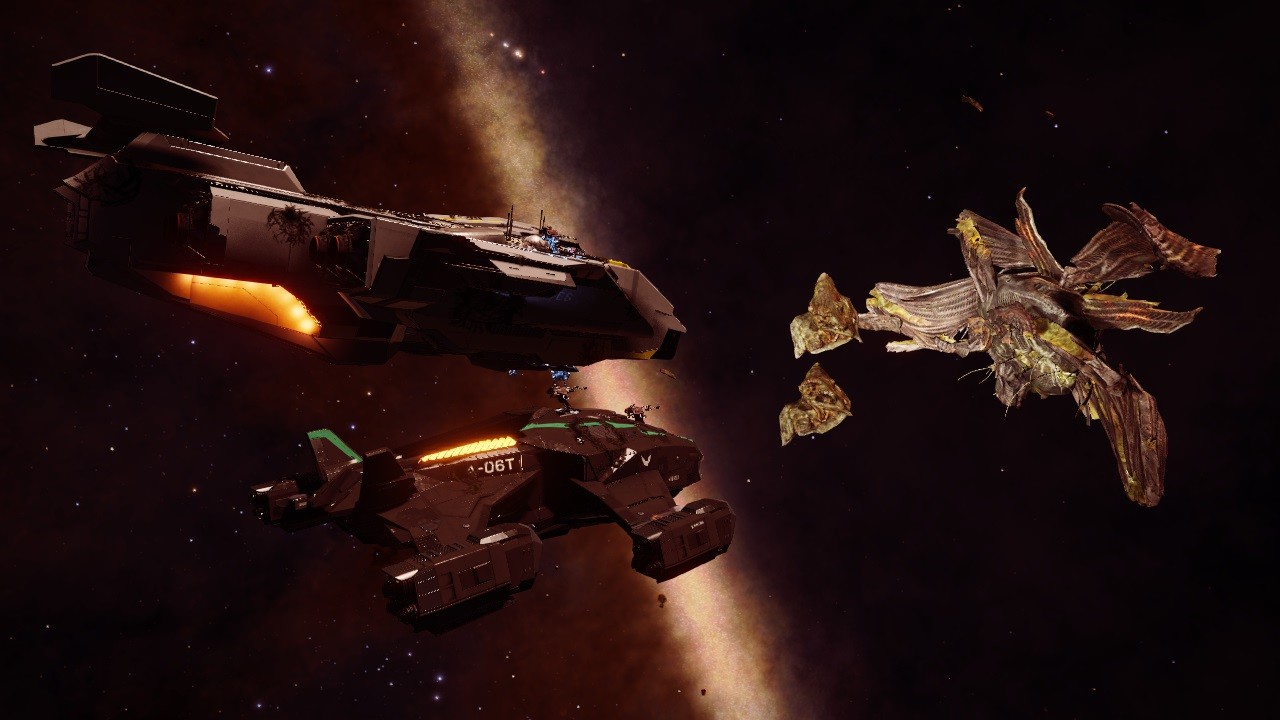 I must admit that, after the first instants of euphoria, a sense of discomfort invaded me. The remains of the Thargoid looked more like the carcass of a huge animal than the wreckage of a vessel. 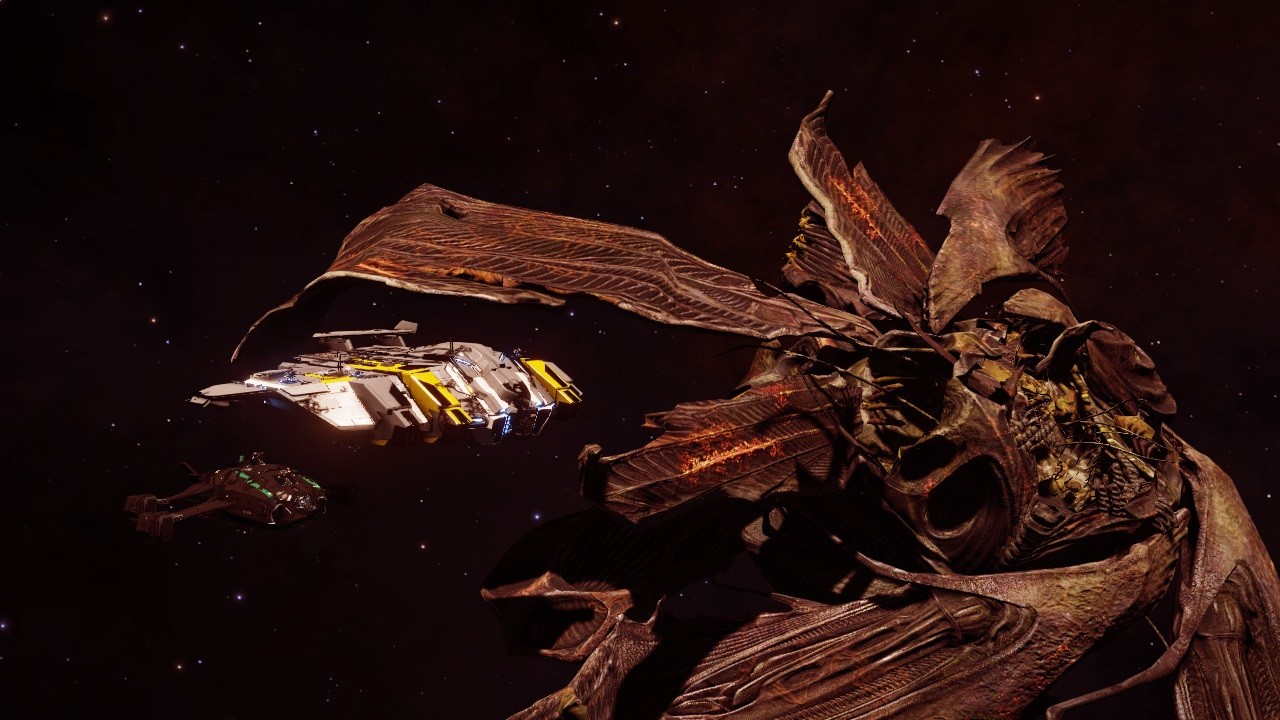 The marks of our weapons seemed like open wounds, and the petals looked like bone-broken wings. It was a very discomforting sight. 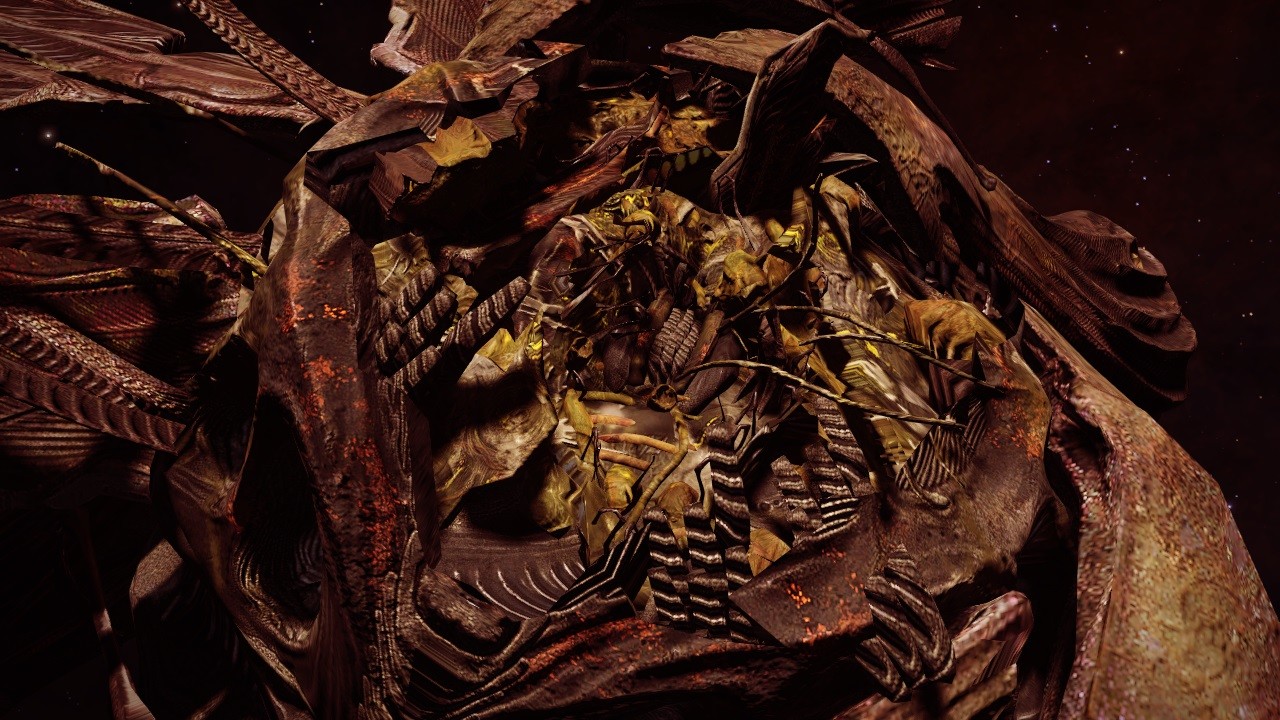 I mean, I have no regrets about what we did. We are at war with these aliens, and the fight has been ruthless. But I am used to fight pirates flying combat vessels. And… and that felt more like hunting and killing an animal. A huge, threatening and majestic animal. 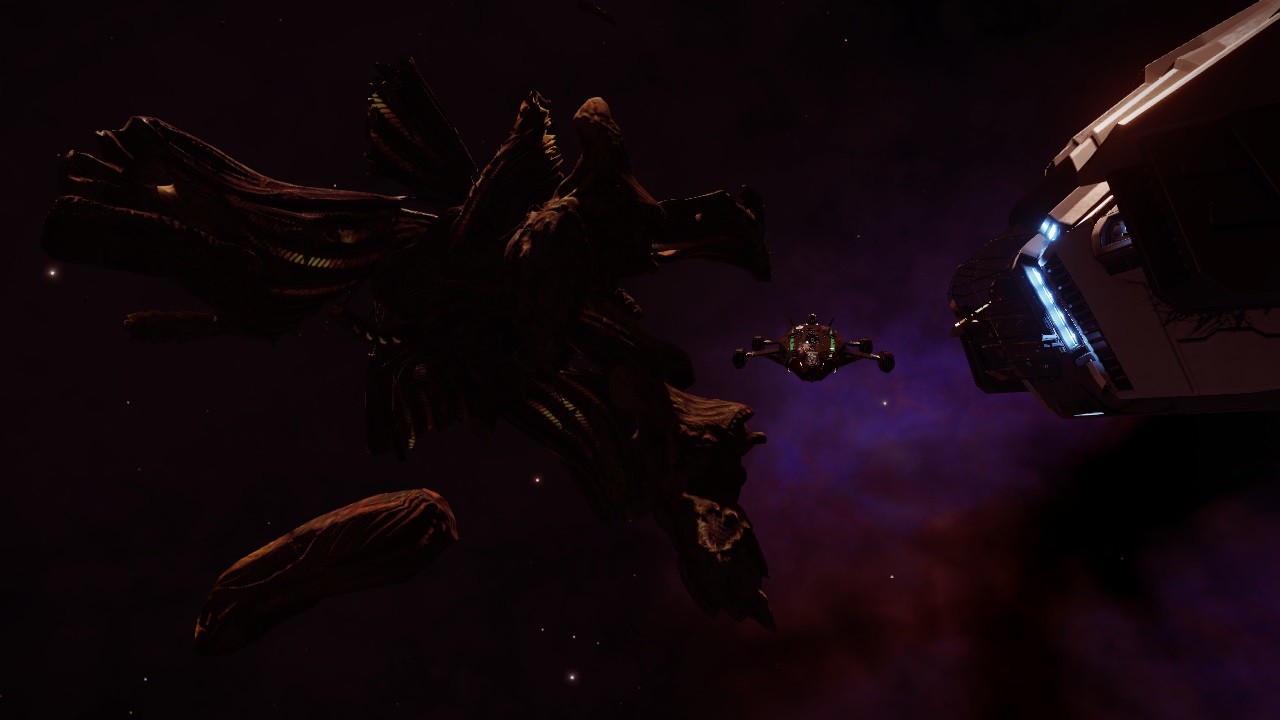 We returned to the Acropolis VR57 megaship and celebrated our victory. We even were awarded a decal for our ships. I guess we are xeno-hunters now. 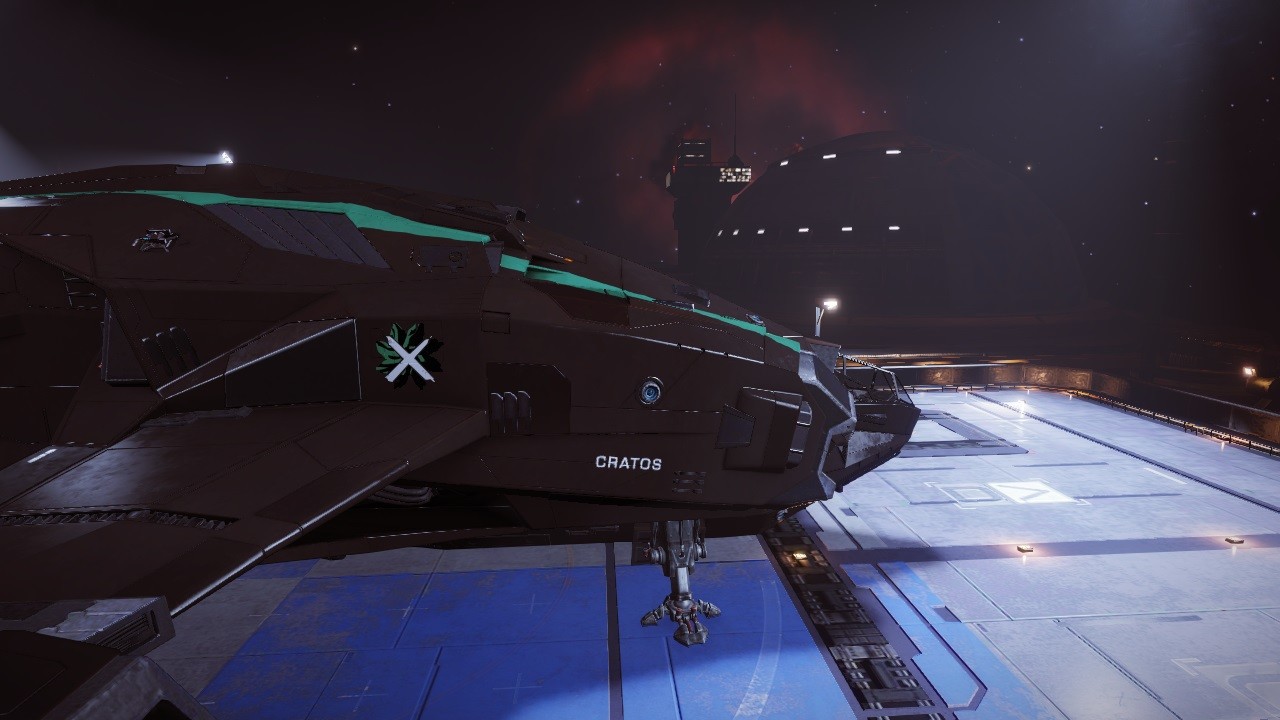 I guess our Thargoid blood thirst was satiated, because we said we both will be returning to the Bubble soon. It seems that there is an Alliance Festival of Cultures ongoing, professor Palin wrote me a message informing about his new base of operations in Arque and… and maybe I could do a long time postponed trip to Sol and learn more about my father’s business with the Federation.

Jav Marlo signing out.
Do you like it?
7
Shiny! 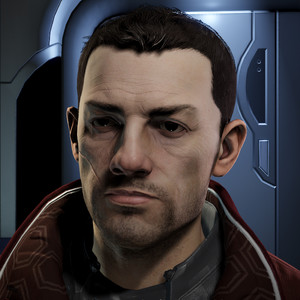