Not a lot of light years were covered this week. I’ve been lazy about it while thinking about where I’m going to call Turning Point and head back to the bubble. I’ve got two places in mind and they depend on my ability to stay sane and be happy logging astral bodies for another month or two and when my re-supply arrives. I’m taking a detour to get closer to civilised space and meet aforementioned re-supply, I’m kind of feeling why not take advantage of that and just come back? 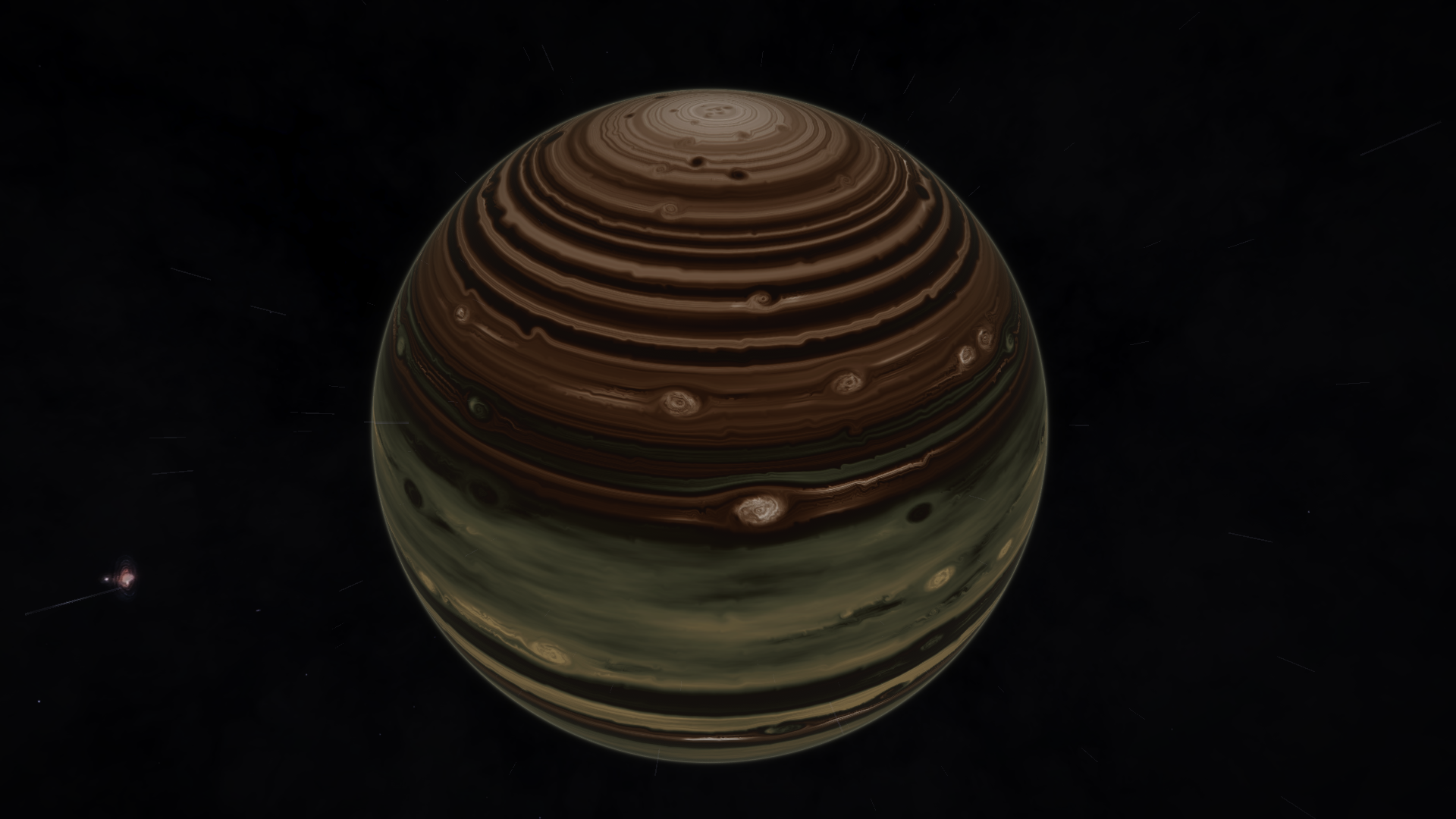 I’m eager to get tweaking my fleet now I know better about what upgrades suit my style of flying. Almost all my ships are not quite right for the job I employ them for, and that’s vexing me. I’m chomping at the bit to get them sorted out. I wanna strap some Plasma weapons to my K2 and see if I can do any good with them. I miss mining for some reason. I bet I won’t once I’ve done a day of hounding rocks, but I really want that day. None of that I can do out here away from everything. 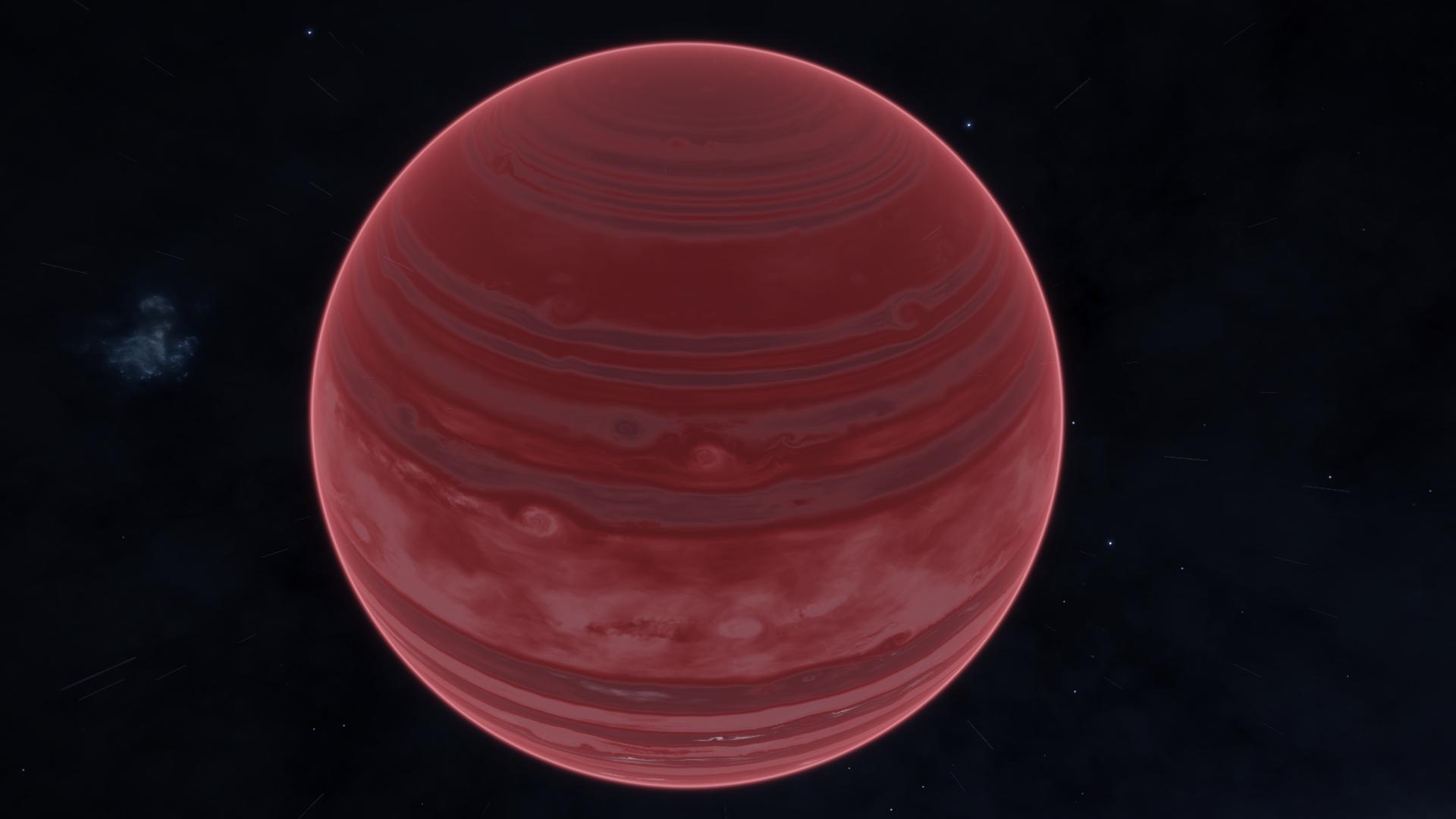 I’d just about convinced myself that I was going to head for Cubeo and lay my exploration data in the hands of her Imperial majesty’s home system. I just can’t help myself. I’ve been a loyal subject of the Royal Family as long as I can remember. Her Highness Princess Aisling Duval is a bit soft & wet. She has some very funny ideas about the way her Empire should go, after all my own mum was a subject of indentured servitude and her work helped the family and gave her a massive leg up when her contract ended. Anyway, I mention this because someone contacted me claiming to be Her Imperial Highness Princess Aisling Duval with an invitation to join her personal retinue. 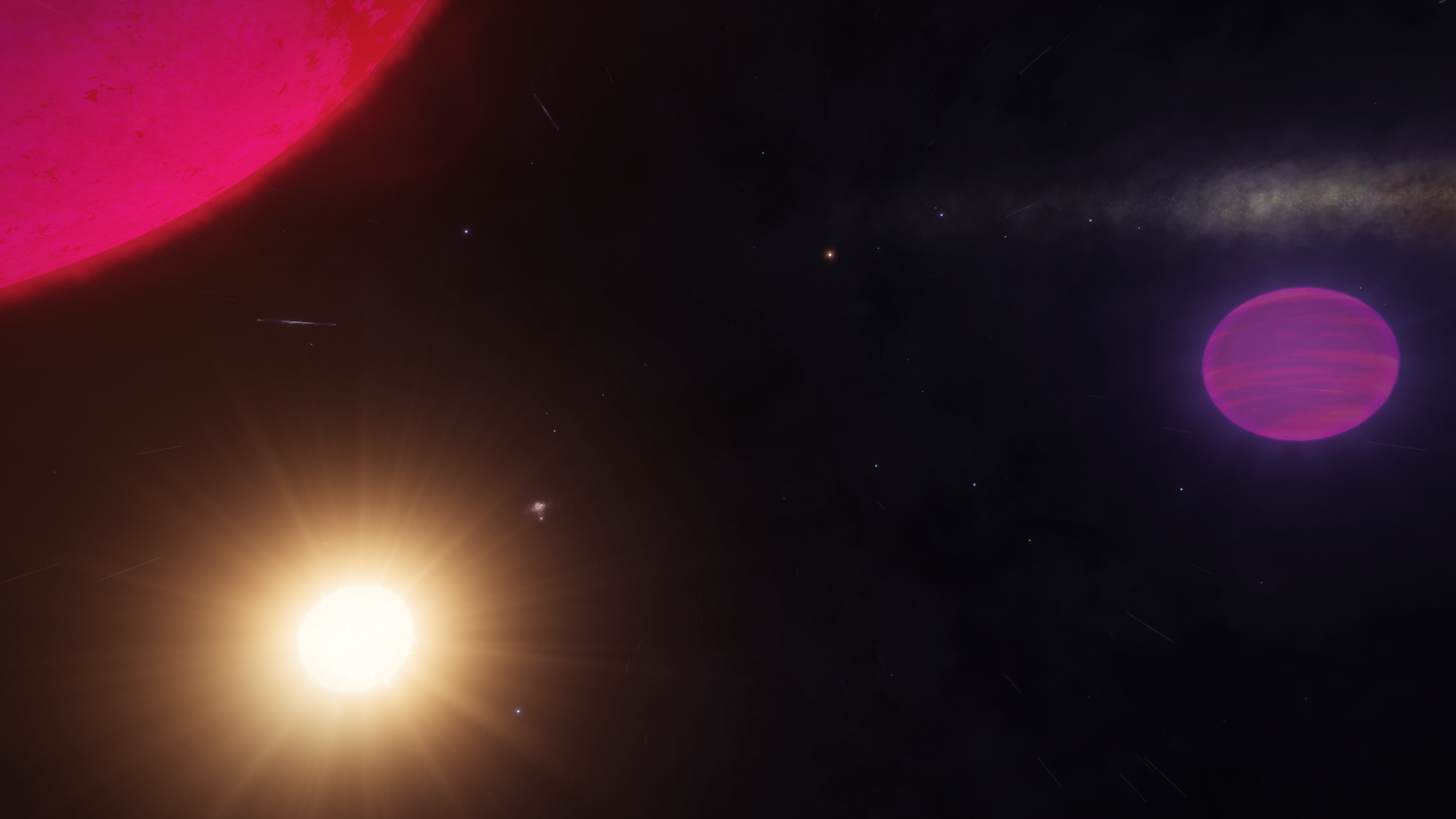 I may be in very good standing with the Imperial Empire, but I’m still just a little nobody working day to day to make my own life better. I didn’t even help Her Imperial Highness Princess Aisling Duvals’ cause after pledging my service to her. I just buggered off to the rim.  Still, it is an intriguing invitation that warrants investigation, and I will call Cubeo journeys’ end once I’ve worked out when and how I’ll get there.

Light Years travelled are not much to talk about this week, but I still managed to see some sights. This is a new record for me. Single star with the most amount of planets/moons excluding Asteroids.

The count was 51 if I remember correctly. The best single star I’ve seen before that was 48-ish, so well done System 51. Biological points of interest were not shy this week either. While they were nothing new, they do tend to be on canyon encrusted Ice worlds so I get to trench run every time I go to investigate. I really must stop doing that, it’s going to get me killed but the run is scratching an itch for action that is sorely lacking out here. 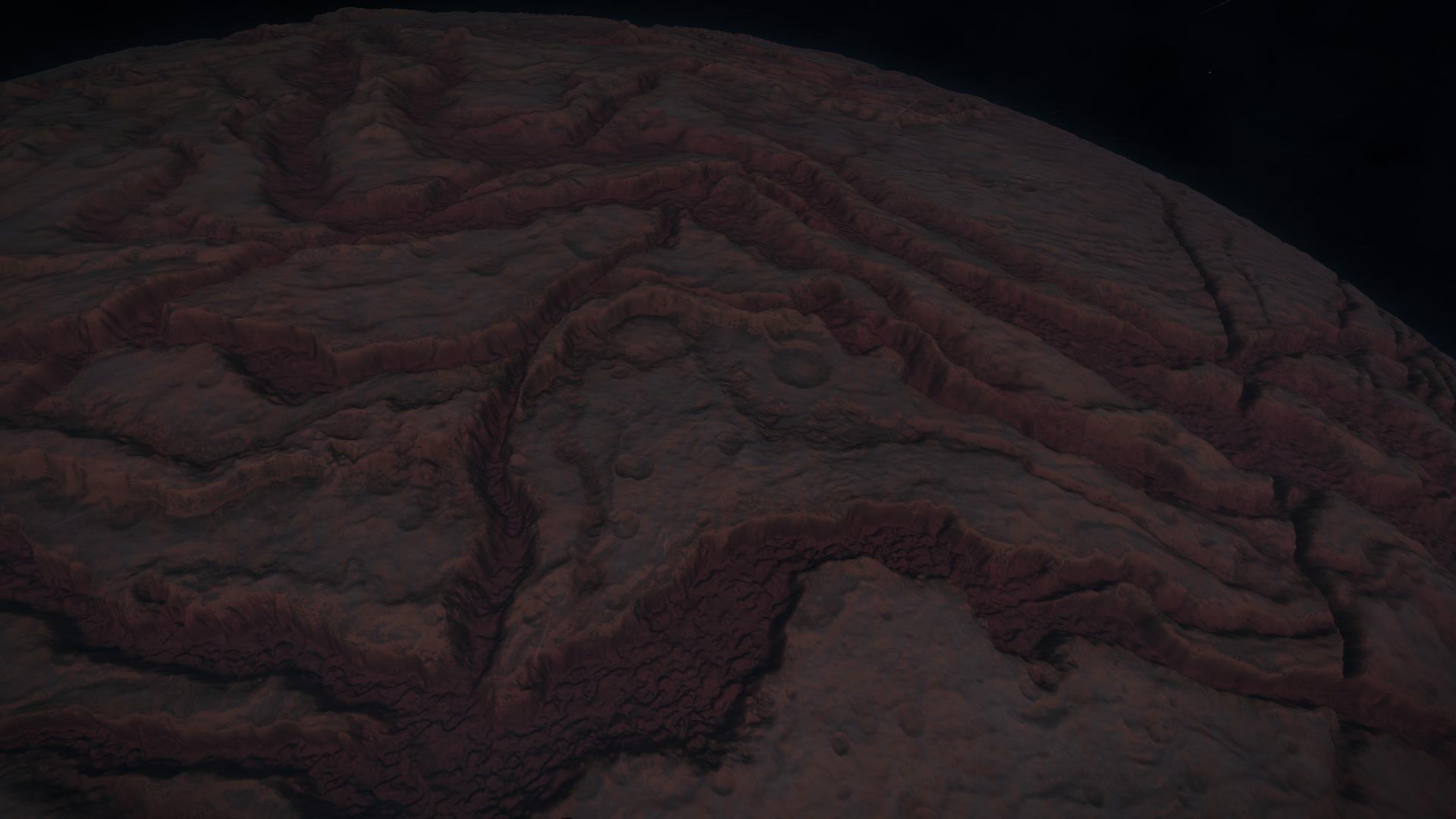 Again they were the crystal forest lark. That is all I’ve seen when a Biological return comes from the scan other than that one cluster of giant sea-anemone shell looking objects that is.  On the plus side, I did get some better materials from the crystal clusters on the two planets I found with the forests. The first site I investigated was thick with Polonium. 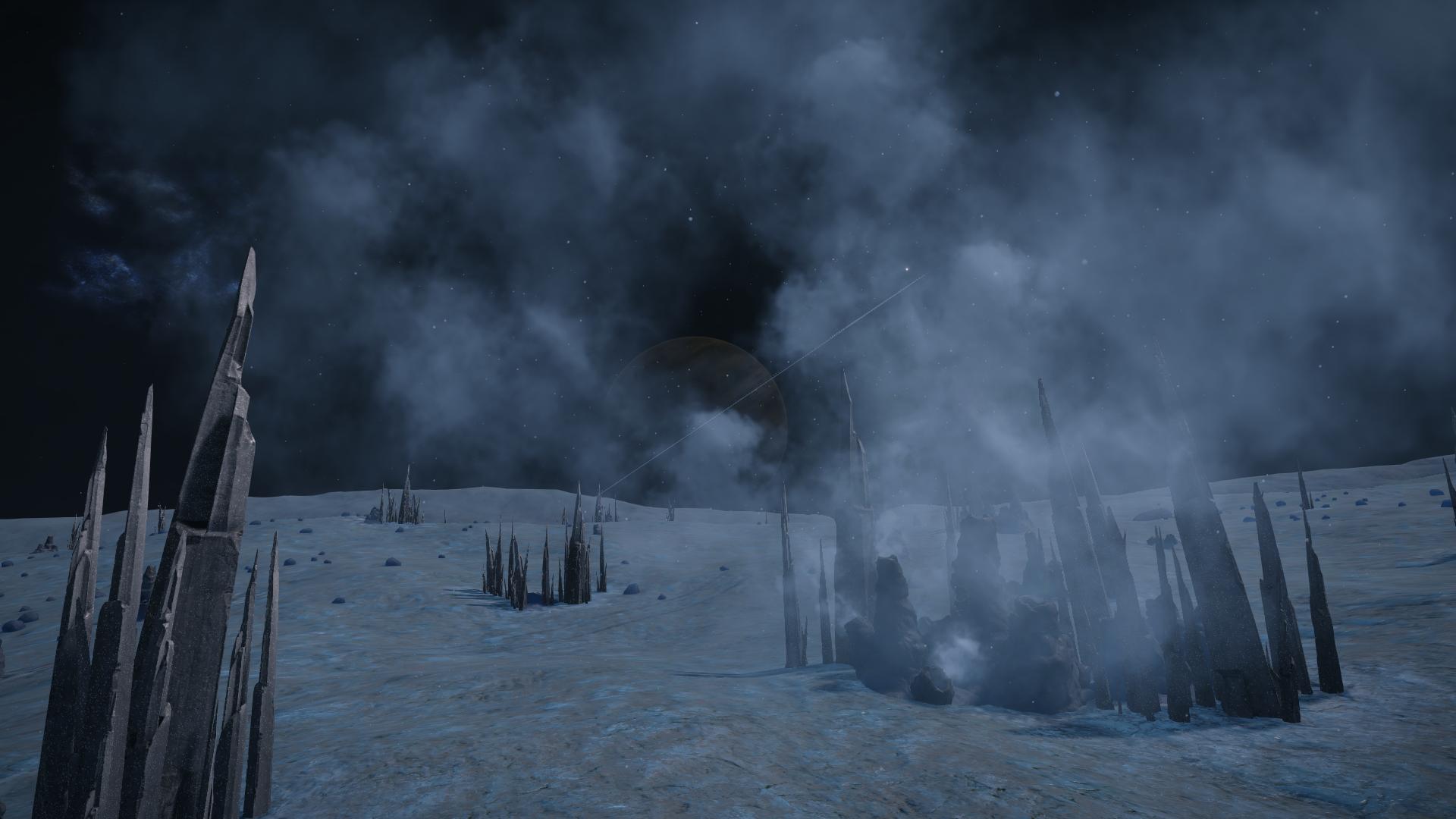 Polonium is of course what Poland is mostly made of. The people of Poland have an ancestral immunity the side effects of Polonium and use raw chunks of the stuff as hand warmers and surprisingly effective hard skin remover. Polish Polo-Mints were amongst the mintiest in the world thanks to Polonium and you can’t beat polka music (if you like that sort of thing) played on a Polish Polonium powered Polkaphone. I, however, have no idea what it's used for these days, but I did get myself almost 150 units of the stuff in case it's useful. 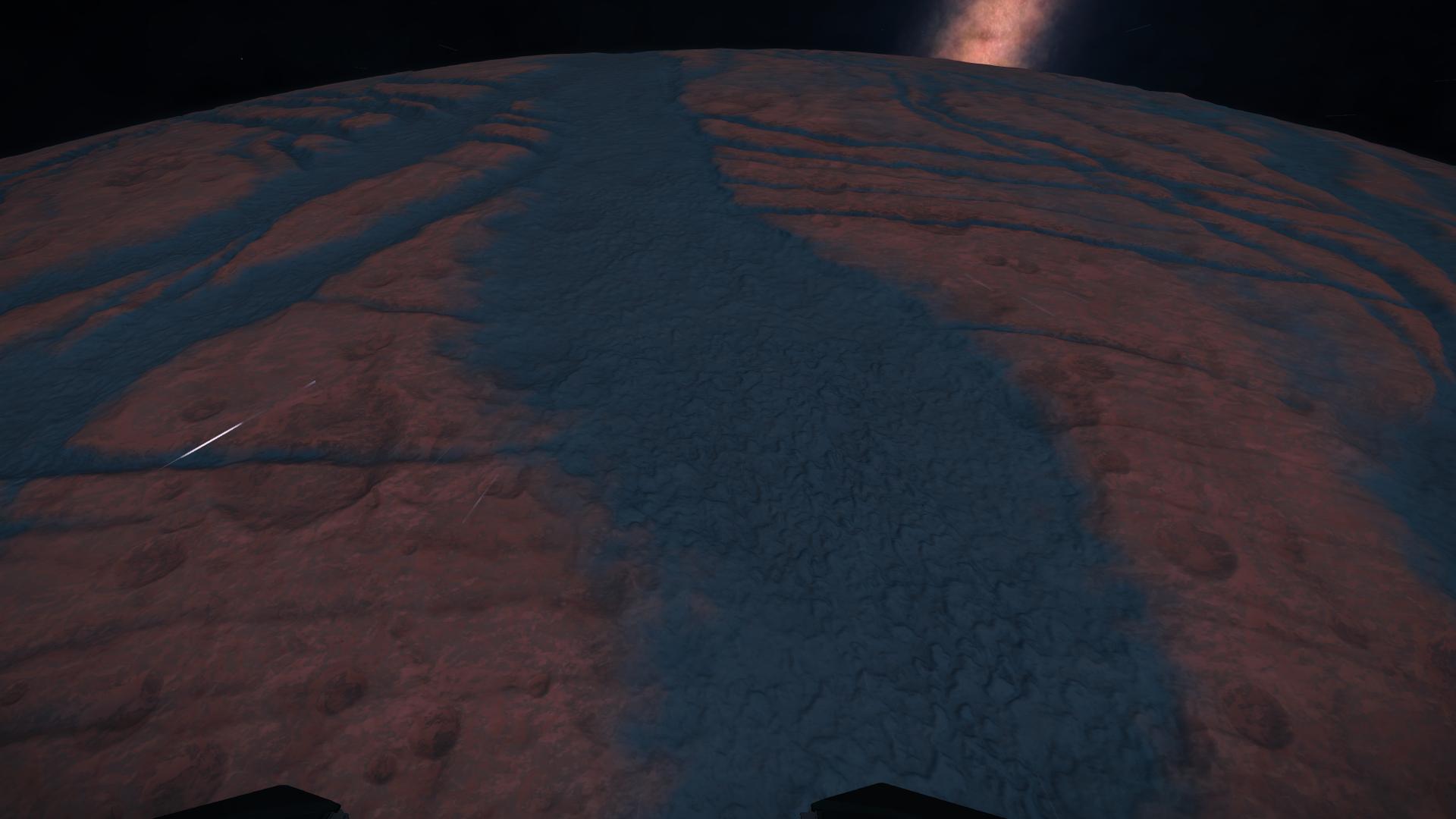 The next Crystal Forest I visited on another Ice planet was rich with Tellurium. This stuff is all that remains of a North American town that was deemed so beautiful by its residence; they not only seceded from America but the entire world. 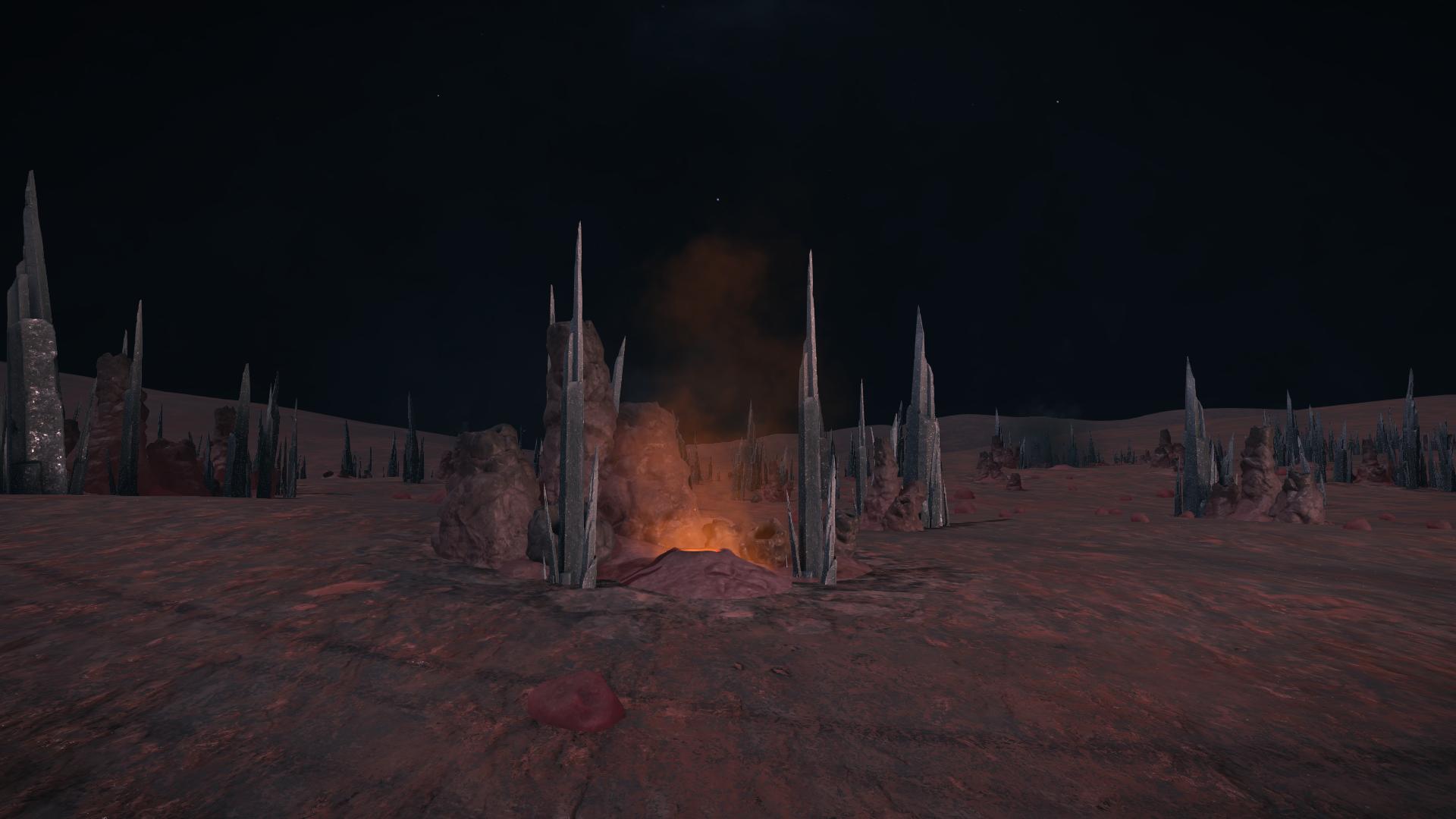 In the late part of the 2nd millennium, the people of Telluride Colorado got so fed up with being compared to some town called South Park, they cut ties with the rest of the world and built a propulsion system powered by smug self-satisfaction and ignorance that not only elevated them above everyone else as they always felt they should be, but it elevated them off the earth its self. The power of their belief in the natural beauty of the town, mixed with the genius of the propulsion system turned the entire town and countryside into a shiny metallic-crystalline wonder that floated ever higher into the sky. Unfortunately, the people of the town were so busy saying, “it’s about time we got the recognition we deserve”, they forgot about the importance of air and died in the lower atmosphere. After a few hundred years, Telluride became mildly self-aware and decided to split its self up and travel amongst the stars spreading beauty where ever it touched. That’s why; if we are lucky, we find Tellurium all over the galaxy.

Author’s notes
I may, due to an incredible amount of boredom, not have been entirely accurate with some of the facts presented within this document.
Do you like it?
8
Shiny!