The Adventures of Commander Gianna Cee

Ships Log...I never really kept up on these things.  I needed  a break from Hudson space, its just sad my home and friends just happen to be in that neighborhood.  Its not that I have anything against President Hudson, or maybe I do.  I don't know.  Hearing his voice on the local Comm-net frequencies on how the Federation and the Empire would never see eye to eye, they were the enemy, it was all just too much.  So I decided to go and find out myself just how "bad" these people are, figuring that a informed mind is a prepared mind.  Punching up Asling Duval's home system, I set course and headed into the black.

A few hours later I pulled into the Cubeo system and made my way to Medupe City.  Requesting clearance, it was a cold welcome or maybe thats how they were, emotionless and subservient. Passing her mailbox, I made my way inside the Orbis spaceport and touched down.  Needless to say they were a bit apprehensive as I stepped out of my Krait wearing Federation Insignia.  Realizing my mistake after several not so casual glances,  I removed the insignia and made for the Mission office.  After all, a girl has to work so I took whatever transport missions they had to offer.  My dream was an Anaconda, something to fill all my needs, and I was set on getting one.

It wasn't long until I caught the eye of the Imperial Navy who offered me a small courier mission to test my alliance.  I was never one for politics, more mercenary trucker than explorer, so I took the job and out I went.  A few jumps later, I was in good graces and things returned to normal.  Grab a load, take it here, get paid, lather, rinse, repeat.

Imperial starports were more friendly as my reputation grew,  and soon I was greeted warmly with the always subtle reminder to obey Imperial law.  Credits started to flow as the jobs became more lucrative.  But along with the jobs there were those who really didn't want me to succeed.  Rival factions, pirates, and the occasional hotshot with something to prove would somehow try to yank me out of hyperspace.  I learned the hard way that if you are loaded to the gills, run.  I actually got quite good at it, saving both repairs and potential loss of the payday.

It was a rather interesting trip, and the Empire is filled with people, just like the Federation.  No different, folks just trying to make a living doing the best they can.  So am I, and I'm still sixteen million short.  Here's to another day in the black.
Do you like it?
5
Shiny! 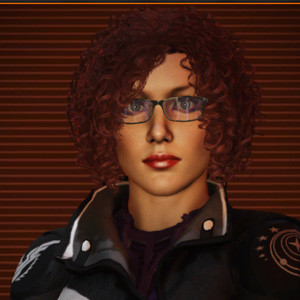