I awoke this morning with a sense of dread. Why? Because it's moving day. Now, it is not like a fellow doesn't have a lot of help. No complaint there. I think the dread derives from the feeling of wanting longevity. What I want, what my dear wife wants, is a home, a place where we can stay for a really long spell. We had that, you know - once. Before this idiot decided to get back in black. We had a really nice home on the Ortiz Moreno Orbital. What a great place that was - is. We left a lot of friends behind, some of which I doubt we'll ever see again. The dirty fact is this, once you put down roots, the people around you assume your loyalties align with theirs, that is until you decide to pack up and leave. We went from well-to-do socialites to outcasts in a heartbeat. That wasn't fair, especially to Dr. Karellian - my wife. Being well-connected is important. That move hurt us. I only hope I can make it up to her.

While the misses was busy packing up last-minute stuff, giving the transport techs a heck of a time, I decided to take the new Cobra MkIII, which I've now called EXOGIUS, on a small trade mission run. Nothing too fancy or too far, only a small run to the Aornum System to the Manakov Port. Once I arrived, carrying 40-units of basic medicines, I was amazed at how many docks and ports the Aornum System has. Dang! I don't think I've ever seen so many in one system before. That system is packed! It took about 15-minutes to get to the Manakov Port once I jumped into the system. Once landed and secured, while the dock authorities loaded the EXOGIUS, I grabbed a quick bite to eat and took a look around. I've always loved planetary docks. It feels like home. I love space, but there something about land, you know?

Back at Wrangell Port, I checked into Starport Services. They informed me that all of our belonging were sitting outside Pad 14 ready for loading. The EXOGIUS was relocated and the misses and I got her all squared away. She never minded the Sidewinder - my little Sidie - but being able to sit alongside me instead in an uncomfortable, retro-fitted jump seat behind me is a plus. While I tied things down, she saddled up and acquainted herself with the roles a co-pilot may have to take in the event of an emergency. I think she was nervous, but she did a great job.

I wish I could say that the jump(s) to the Duaguandri System weren't uneventful. But in no time we arrived in one piece irrespective of the scary moments - only a few though. On two separate occasions, the EXOGIUS got a bit hot while fuel scooping, and then there was the matter of ASTRA announcing that we were low on fuel. That did not go over well with the misses at all. But, as I explained to her, having no shields means that it can happen. So, I spent the next few jumps after that explaining why I don't have shields. But I think the scariest moment for both of us was when we jumped into the system with the white dwarf star. Although amazingly beautiful, all my wife could go on and on about were the horror stories of other Commander's losing their lives because in the panic they forgot how to navigate them. At that moment, as she was going on, I did not want to admit that I was one of those Commanders. But the training kicked in and we jumped out of there without incident. I don't know who was more impressed, me or her!

As we finally arrived at our new home, Ray Gateway in the Diaguandri System, we landed and unloaded. Thankfully, Starport Services still had plenty of large accommodation pods left, so we were able to acquire a really nice place. I could tell on my wife's face that she's impressed with Ray Gateway. It's a very high-tech dock with plenty to do and see, so I think we will like it here until we find something new - who knows. After a few hours of waiting for the dock services to arrive with our stuff, I left her to attend to the unpacking and decided to acquaint myself with the trading office.

As I was checking my systems, I noticed that I had not collected over CR 4 million from the bounty hunting I did with Cmdr. Korzhakov. Four million though, I thought. That sounds really high! I found a mission to HIP 13644 where the bounties could be collected and took a quick jump over. I delivered some basic medicines and sure enough, 4 million it was! Wow! That money will really come in handy with all the moving, the transfer of my Sidie to Ray Gateway and new supplies. It will be a huge help, plus I want to take my buddy's advice and purchase an ASP Explorer for mining soon.

I took on a few more missions, 40-units of performance enhancers over to the Yimakaupa System and 56-units of Lanthanum over to the 23 Arietis System, which earned me over CR 1.5 million. Not a bad days work if you ask me.

By the time I got back home, the misses had our new place all established. There's nothing like a home with a woman's touch. 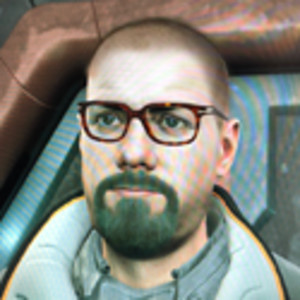