A week of building and exploring.

After the purchase of "Nut Cracker" and outfitting it for laser and deep core mining it was time to put work harness back on and get some material back to market and let the account recover.  In addition I decided to make an effort to explore systems nearby to my mining systems.  Since so much of the space near Colonia is un-explored there are opportunities to find more rich mining locations that have not yet been uncovered.  This adds to the profits from the mining trips themselves and keeps it entertaining.

The new mining ship is working out great.  I can bring in 128 to 138 tons of material each run which makes profits easier to come by even with less than optimal material.  It's jump range is not as pleasant as the Asp Explorer.  But at 27 light years it's got legs.  The ship even includes the capability to put up a significant fight when the boogey man shows up.  Twice now I've been able to attack and destroy intercepting pirates.  While the ship doesn't have the firepower to get into deliberate combat it can defend itself from the various pirate crates.  Those it can't fight it can easily outrun.  Gotta say I'm loving it.

In exploring about 25 A,F, and G systems I've found 3 systems with metallic rings, 2 of which have good hotspots and yield for precious metals.  I've also done some exploring for sake of it.  Mostly hunting interesting phenomenon.  We've logged two black holes and a beautiful 32 solar mass O class star.  It's been a good week.  Finally feel like things are rolling.  Even the security services end is going well now.  I've ranked up as has my fighter pilot and we bring a few million in bounties now every 2 or 3 days. 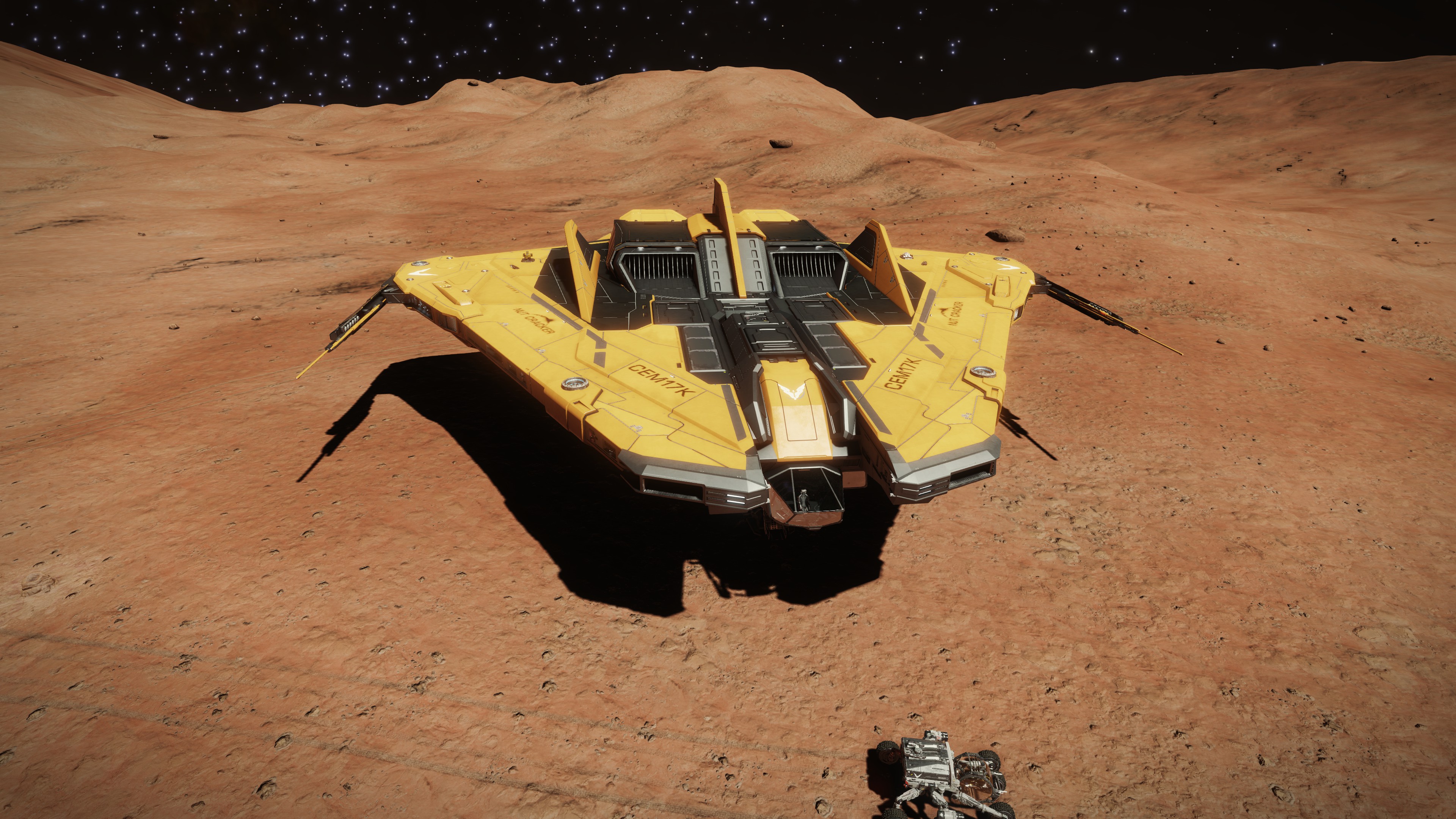 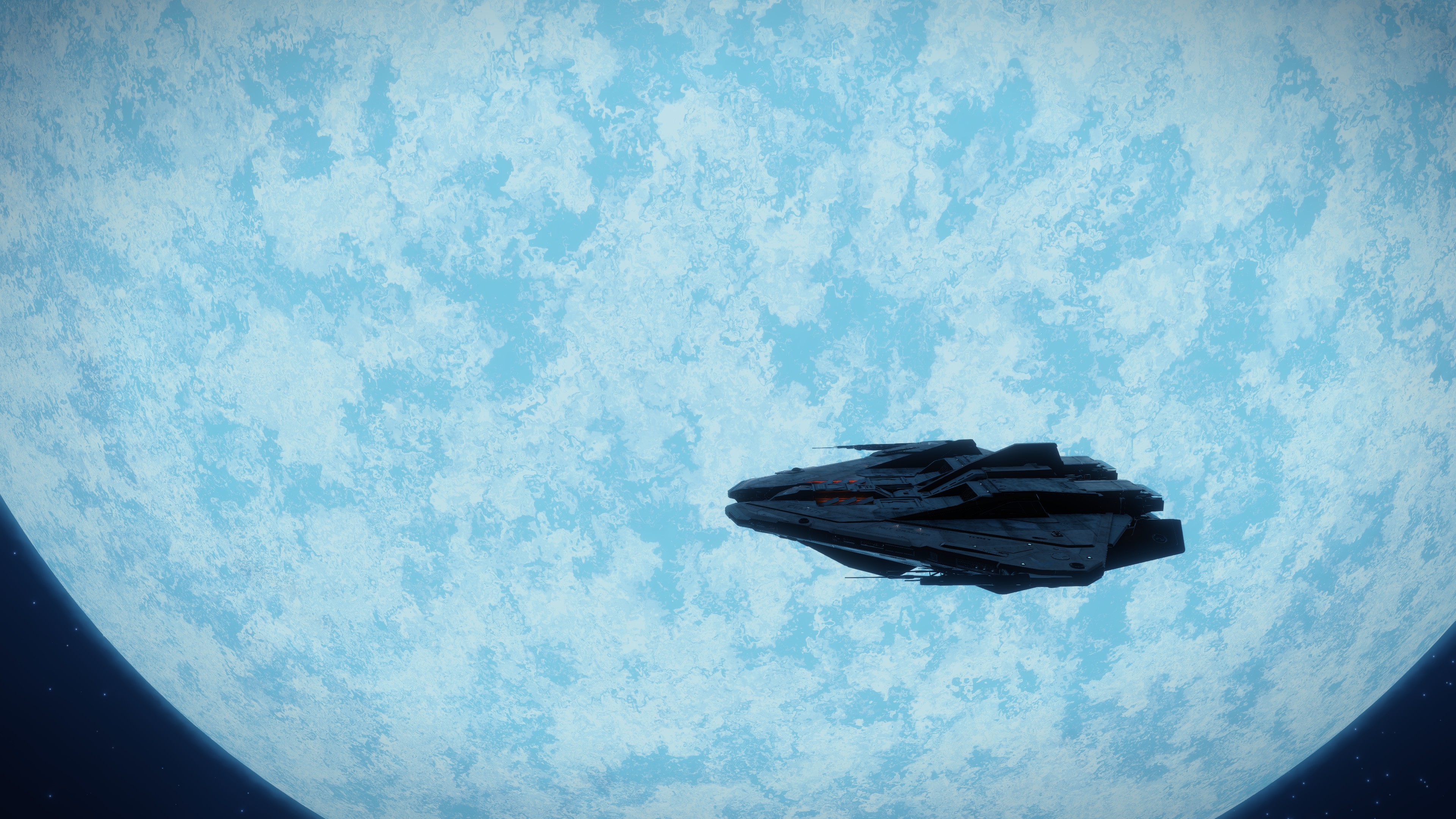 Black hole about 200LY from Colonia: 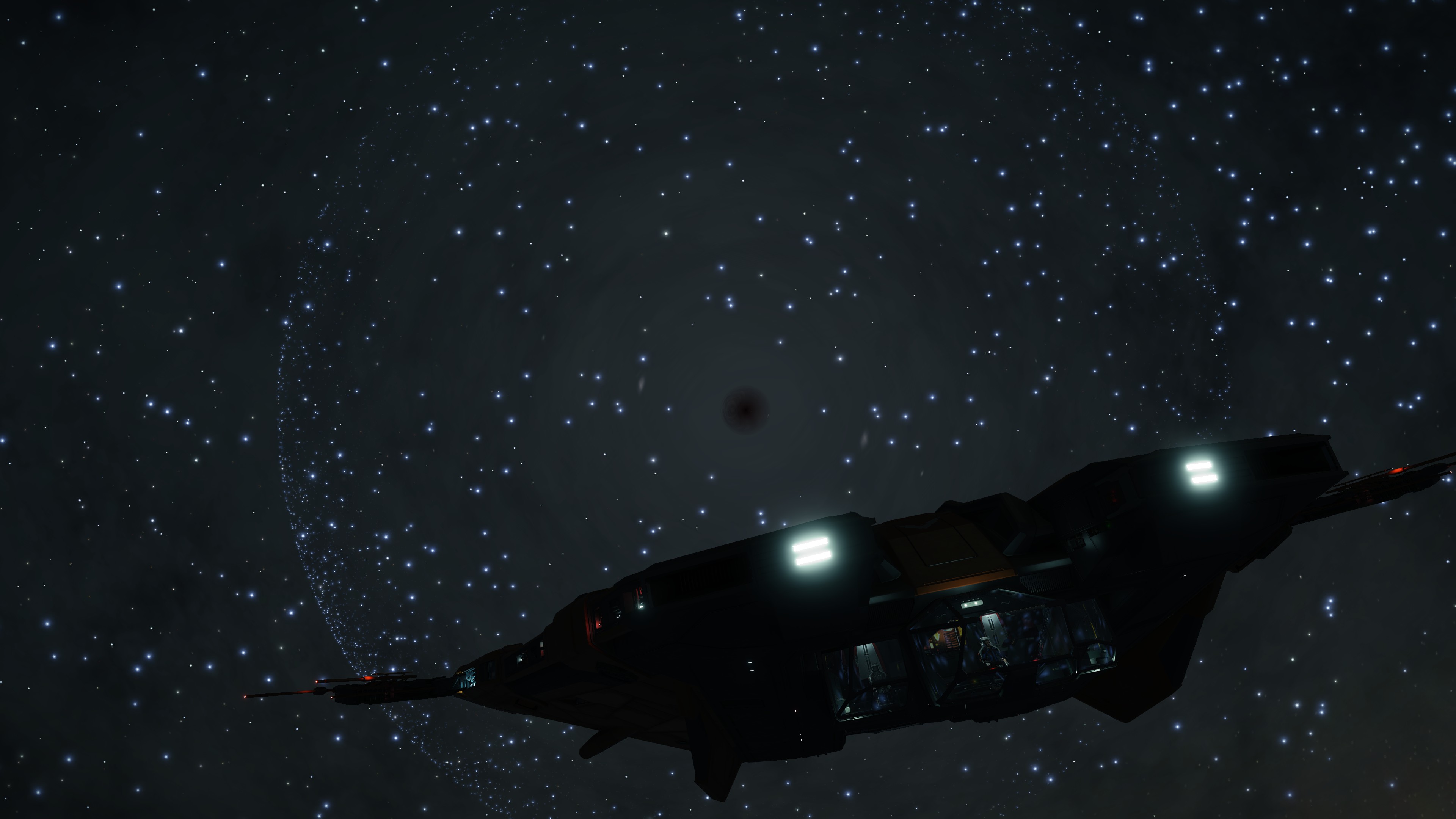 Discovered a neutron star near my mining stomping grounds: 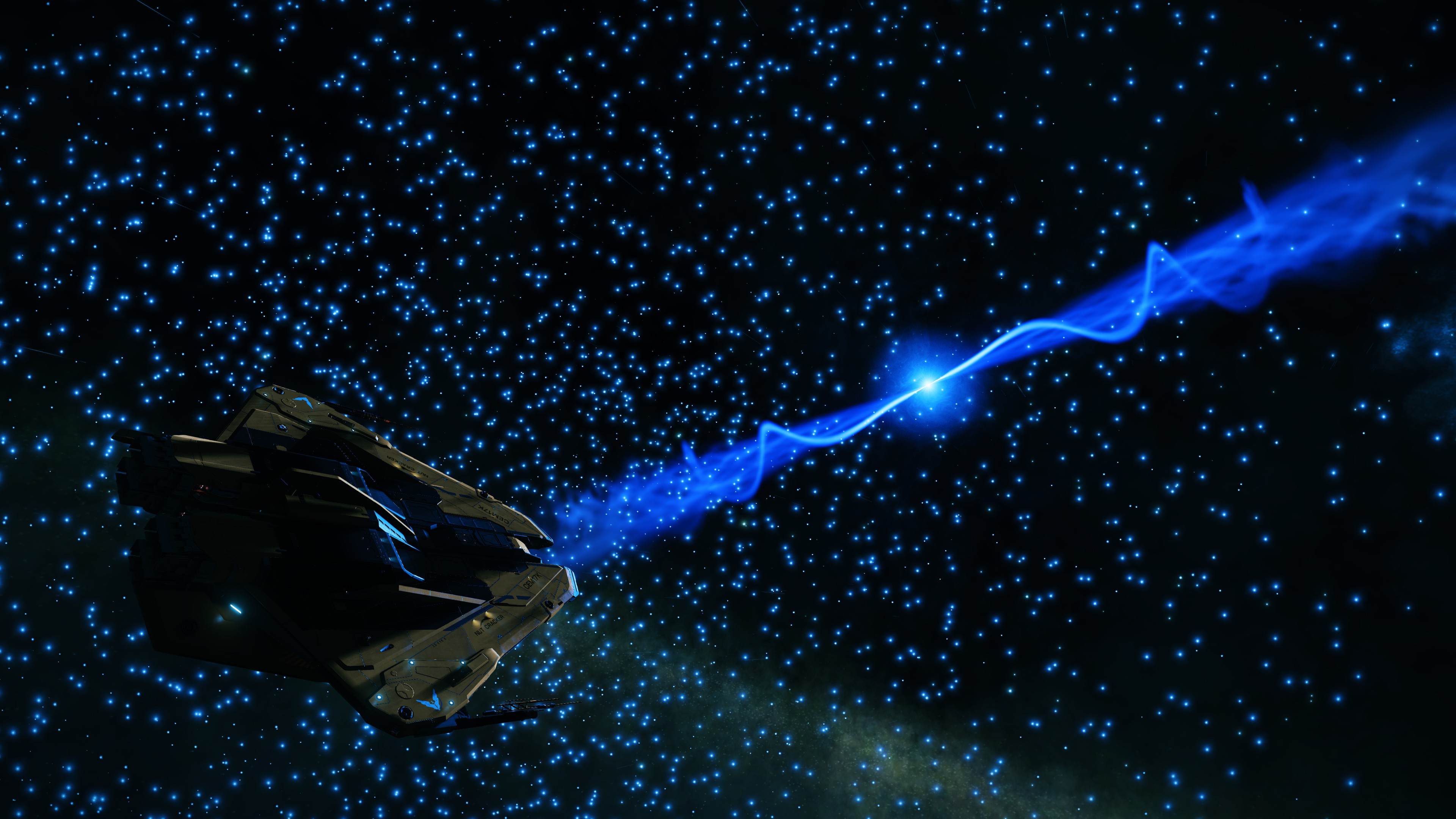