We arrived at the Galactic Core, the supermassive black hole of Sagittarius A*. Four million solar masses and counting, a bottomless well of compacted mass, unfathomable numbers of atomic nuclei forced together under incredible pressures. It plays havoc with the local space-time, warping and distorting the light, mesmerising its visitors as they gaze into the abyss. I wonder how many have fallen into its trap, captured like flies who have dared to approach too closely. Drawn in and spagehettified, before becoming another few trillion insignificant atoms scattered and pulverised into the ever hungry monster.

There is a tradition among some travellers to bring with them a capsule, ashes from a relative or loved one, then they launch them into the heart of this galactic core. 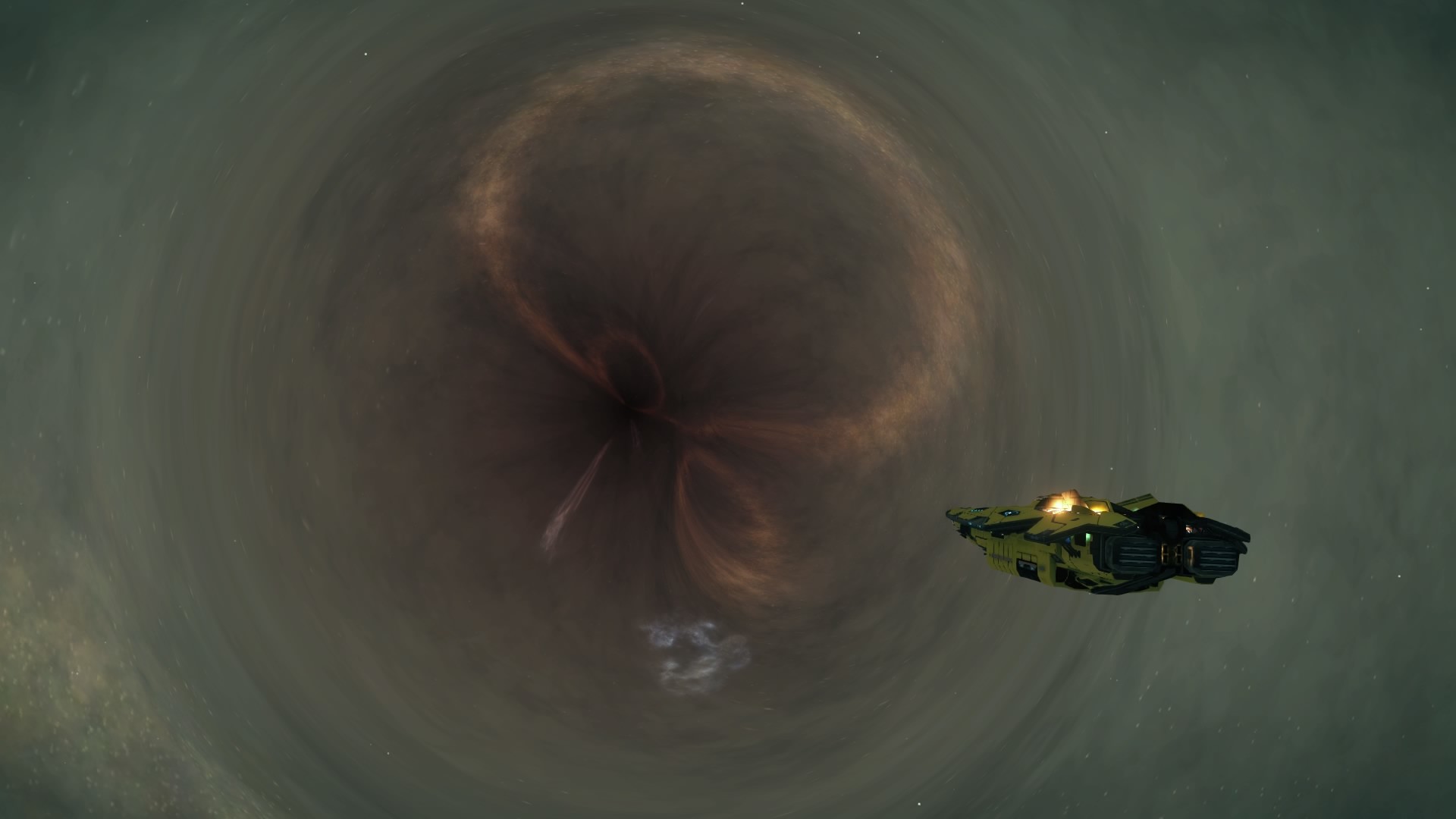 After a brief stop at the Sagittarius A*, I continued my way through the central sector out towards The Veils. It was not long before I was back onto untrodden ground, finding new systems to scan and log as others take the more familiar paths back to the Bubble, Colonia or onto Beagle Point. My plans changed slightly, extending this outward leg to go further out towards the edge of The Veils, gaining more distance with Neutron Star jumps, but in the same original timeframe that I intended for the trip. From The Veils I will then return back along the Scutum-Centaurus Arm towards the Orion Spur, making it back in 20 days time or so.
Do you like it?
1
Shiny!