I've come to a crossroads. In The Veils sector, some 20,000 light-years from the Galactic Core, I find myself contemplating my next move. I have already strayed from the original flight plan and now I am tempted to deviate further and take the trip out to the very far side of the galaxy - The Abyss. I'm a good(ish) way there at this point and there is an ideal opportunity to position myself on the Sagittarius Carina Arm, then travel up along this to the far side of the Abyss and minimise the amount of travel through low star density space.

But there and back to my current position would still take weeks and very much has its dangers. Do I want to take this long detour? what are my motives for doing so? I ask myself questions on why we do things like this, is it for personal satisfaction, or something to brag about so we can tell others that `we were there`. Don't get me wrong, I take my hat off to anyone who makes that trip, but I don't want to do it just to get a tick in the box, just to get my stats to say I went that far. I think I'll probably leave it for another time. Besides, my Anaconda is not fully stripped down and is missing an experimental effect to maximise jump distance. Its got a good range, but my main purpose was to take my time on the trip and scan new worlds with the possibility of landing on some.

The second option is to just hang right and return back to the Orion Spur now, back along the Scutum Centaurius Arm. Third option is to press on, to the outer rim of the galaxy, to the Mare Somnia sector. Here, I will still see the edge of the galaxy, but I can return back along the Sagittarius Carina Arm to the Bubble before the end of the month. Its a compromise, but option three seems most preferable at the moment. I'll save the far reaches of the Abyss for another time.

I asked the ship computer for her thoughts on the matter. although I'm the commander and have the final say, Ten likes to be involved in these decisions. I value her logic on such matters, while involving her also keeps me in her good books. after some thought, she came to pretty much the same conclusion. I know she likes scanning new systems and discovering new worlds more than most things, but when I mentioned that we'll be looking at joining the AX initiative when we return, she was surprisingly enthusiastic. Ten has a real dislike for the Thargoids, there is some history there I think, but have not asked any questions as yet. It took me a while to calm her down, making her think happy thoughts in her happy place, wherever that may be.

We were just about to call it quits for the night, when we found this rather interesting Earth like world. Some of these are classed as ELW's but on closer inspection have uncomfortably high gravities, or atmospheric pressures. Sometimes the atmospheric oxygen itself is also too low, requiring the breathing apparatus for any visit to the surface. But this one was just about right. Time for another surface visit to see if I can stock up on some fresh water and food supplies if I'm lucky. I'll spend some time trying to catalogue as much as I can, still have some space for plenty of samples. 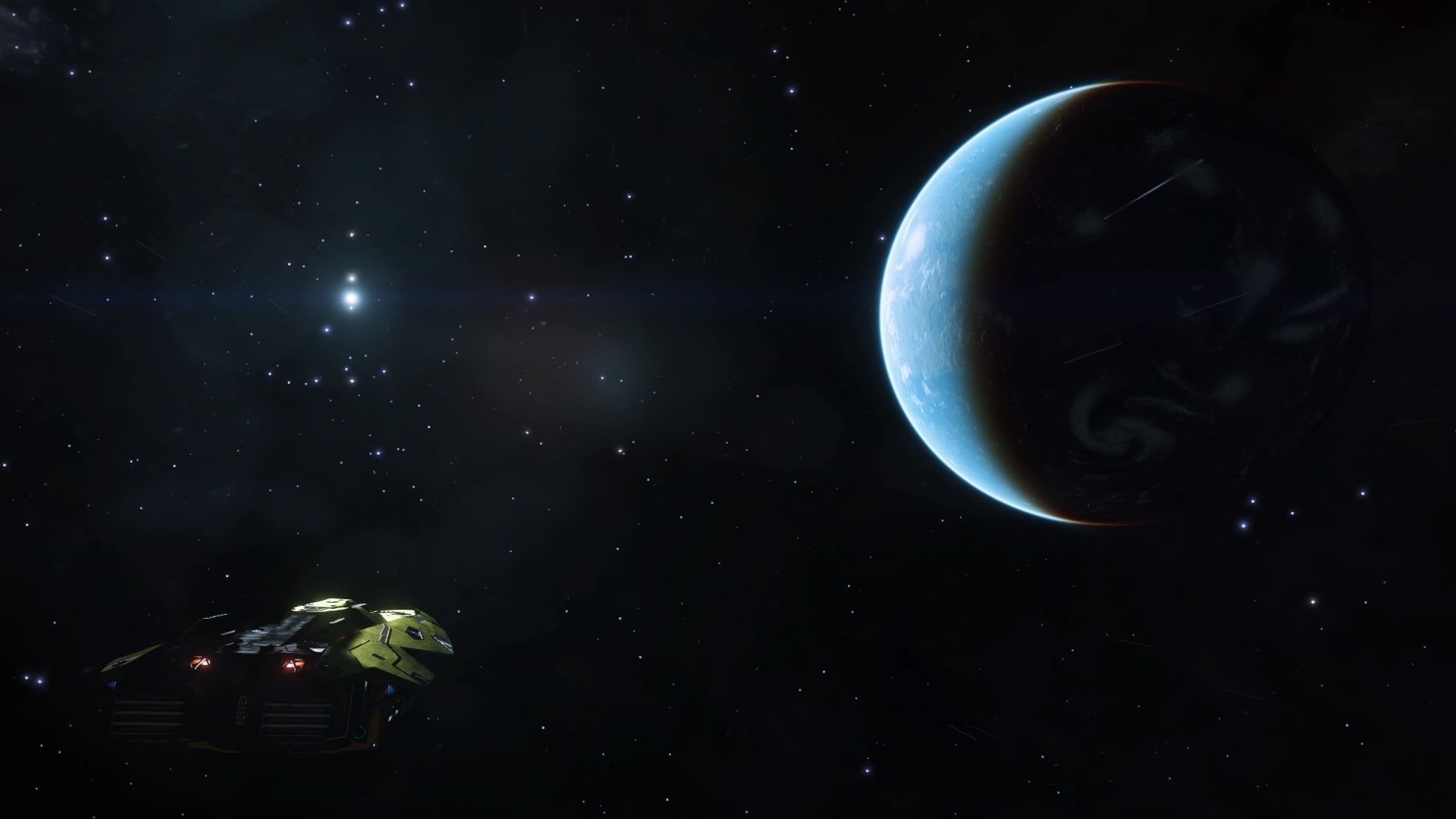