Radiance of a thousand stars

A picture from the edge of the galaxy, the furthest I've been from the galactic centre, civilisation and from the bubble. 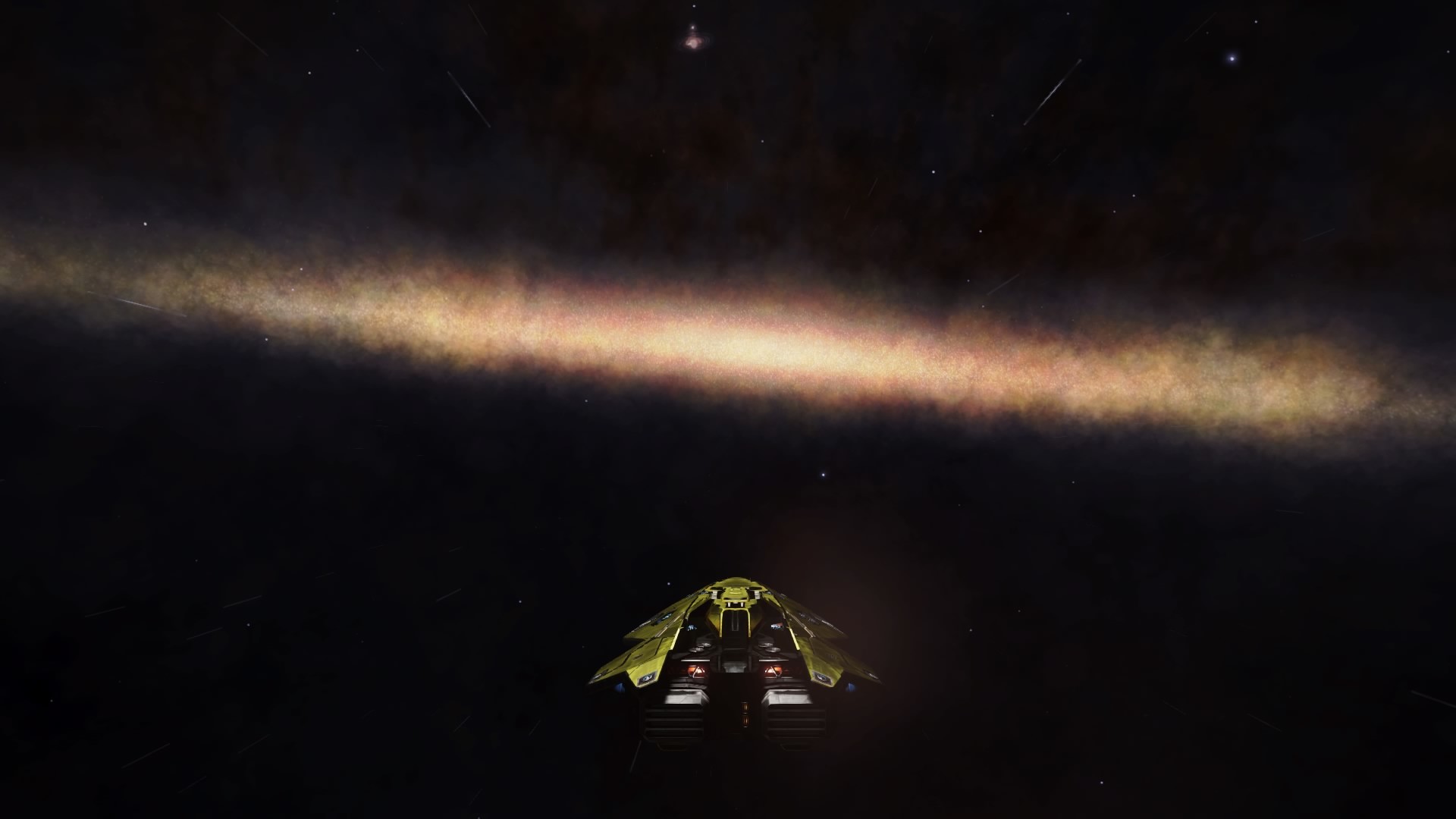 This marks my furthest point out on the two month voyage, before returning back along the Sagittarius Carina Arm to the Orion Spur. I eventually travelled to 50kLy from `home`, which seemed like a nice number. The stars out here are fewer and far between, the navigation computer struggling to pick a route, with compromises being made as evidenced by a larger variance in the jump distances.

Although far out at this point, I was quite surprised to actually come across a few systems that had already been previously visited, scanned and logged. After a bit more thought, its less surprising, since I guess many travellers have probably taken this path along the arm, and with fewer stars about, its more likely that other travellers would hit on these fewer options available to them. Quite nice to see in a way and speeds up my journey slightly as I don't feel to then scan them myself.

After a brief stop and some more `holiday snaps` I plotted a course back along the arm and prepared myself for several days of travel.
Do you like it?
1
Shiny!