A Minor Mystery in Blue (part 2)

About 150LY out you could clearly see the bright blue nebula and with neutron boost that was just one hop out.  I jumped into the system and the surroundings were spectacular.  The entire sky glowing with a blue haze that resembled twilight hours on a clear day on earth.   The beauty struck me immediately as I jumped in.  I hit the FSS scanner and found 9 bodies.  The bulk of them orbiting a nearby F class star.  The cataclysm witnessed in this system must have been incredible with a massive star ripping itself apart in milliseconds and leaving behind a searing hot cinder of the densest matter in existence in our universe.  At 1.7 solar masses the neutron star is on the big side.   It has only one planet in orbit.  An ice ball at 17,350 light seconds with an orbital period of 125 years!

The planets in orbit around the companion star were largely rocky bodies but with pretty good percentages of some nice materials.  I decided to land and do a little gathering.  It was hard to not get distracted by the blue and purple split sky produced from the nebula and it's mixing with the orange of the galaxy above us.  If this was her father's destination, the reference in his inscription, it's easy to understand how taken he was with it.  The planets orbiting the very sun-like star were all bald rocks.  I wondered if there had once been more but it had been scoured away by the supernova?  I could not resist using the camera drone to snap some pictures here.  I knew when I reported back to Andrea on this some pictures would be far more meaningful than a simple text report.

I began to wonder though, why the sapphire.  I mean the blue is obvious but with it surrounding you it's just not clicking.  The sapphire stone had a bit of a bow-tie shape to it so it implied a view outside the nebula. I mean viewed from a telescope on earth it couldn't be much more than a smudge if even visible as blue is blocked by dust so effectively over long distance.  There were places to land, several of them but not really anything pleasing.  I began to look around in GalMap to see what was nearby.  There were a couple of systems that I thought were interesting and outside the nebula.  One was less than 1LY and the other was about 3LY out.  After that the distances got high enough that it would be small in the sky or were at bad angles to view it.  I plotted a course to the nearest one.

It was a truly awesome view of the nebula, right in the narrow waist of the expansion and with a perfect view of the dumbbell shape, but nowhere to land.  There was only the star.  I stayed a while to enjoy the beauty but then plotted a course to the next candidate.  An F class star out and at a slight oblique angle to the nebula.  When I dropped in it took a bit to orient myself to the cloud.  But there it was, a blue sapphire hanging the sky.  Clearly reminiscent of the shape of the jewel she had showed me.  It clicked, fell into place.  It's gotta be this.  I looked through the FSS and found there was only planet that a landing could have been made on.  An icy world like a skating rink.  Enough gravity to be comfortable to be on.  I headed over to it and carefully chose a landing site to put the nebula low on the horizon.

Once I set down and the mist and dust cleared, it was a spectacular sight.  The nebula hung on the horizon and the faint glow bathed everything in a blue light reflected up from that icy surface.  The glow was enough to even navigate by without lights.   I sat back and took it all in.  What a glorious monument to the beauty that one can find in the heavens.  Did he and his wife sit on this very orb and spend time gazing?  Did he bring her here to propose?  Some other shared moment?  Or did he just bring back the sapphire as a way to connect him to her while he was out in the black?  Who knows.  This certainly feels like it could be the place.  the pieces fit it seems, or I just concocted a story that fits my bias?  That's possible, but this feels right.  Andrea said that her parents had not shared much about how they met and when they tied the knot.  Not so much secretive as just guarded about the intimate areas of their lives.  If she didn't know, I would never be able to say I was certain!

After I camped on the little ice world over night, spending the better part of the evening in my SRV, reclined and listening to music, I decided it was time to fill Andrea in on the find and share the data and photos with her.  The system isn't secret, it's been discovered before, but I'll keep it between us.  I got started writing it up:


"Hello Andrea, I think I have something for you that may just answer a few questions, and maybe open a few more..." 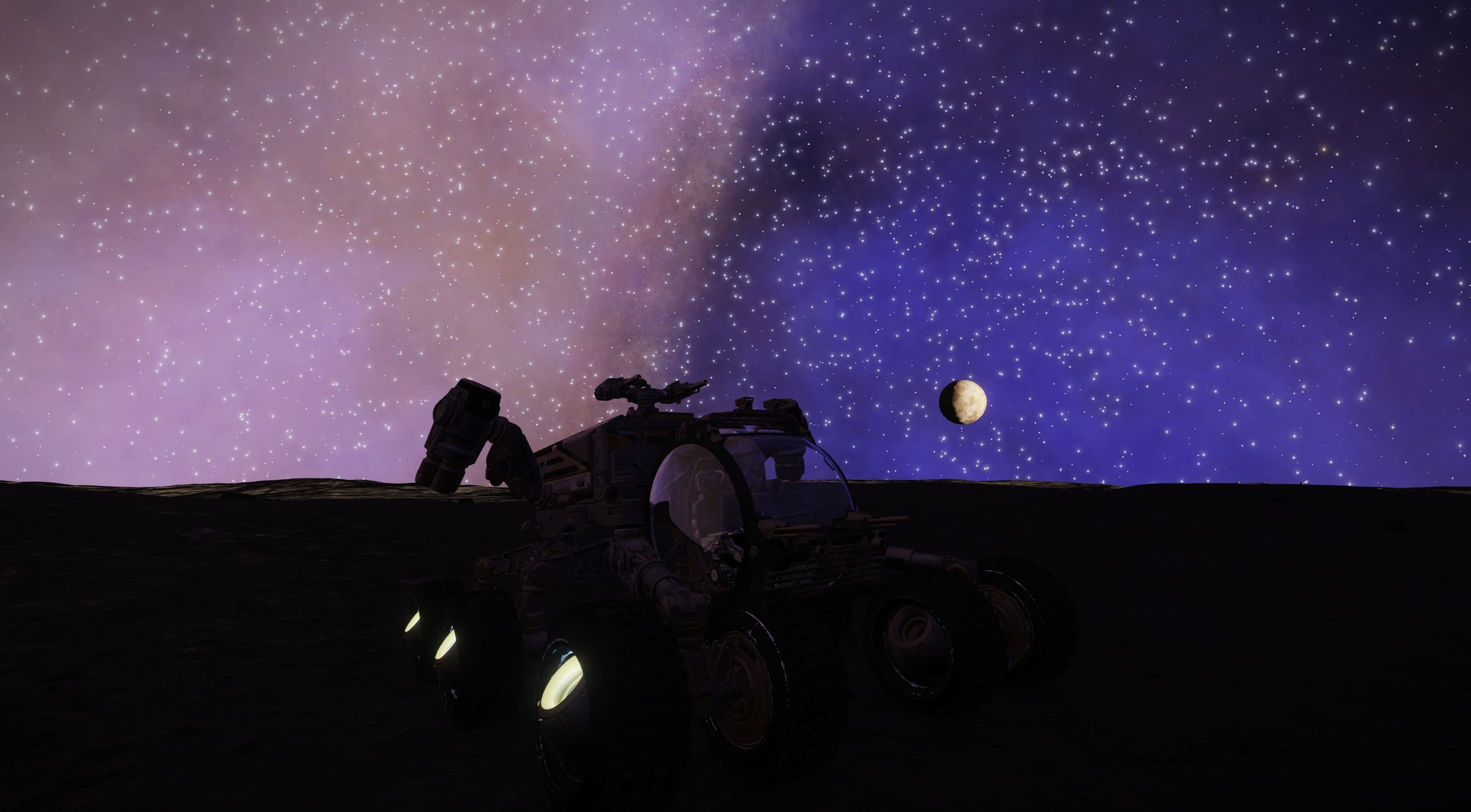 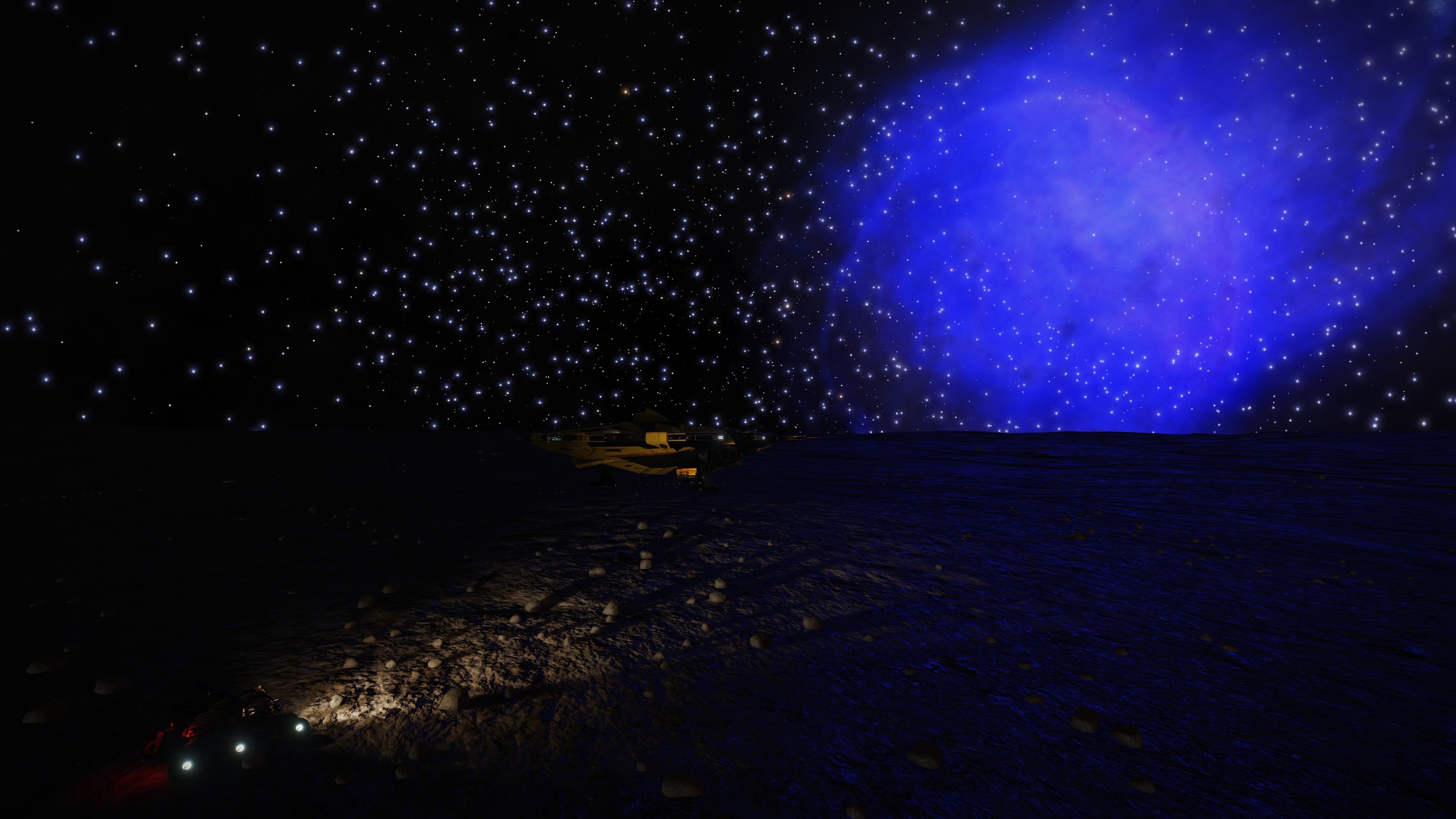 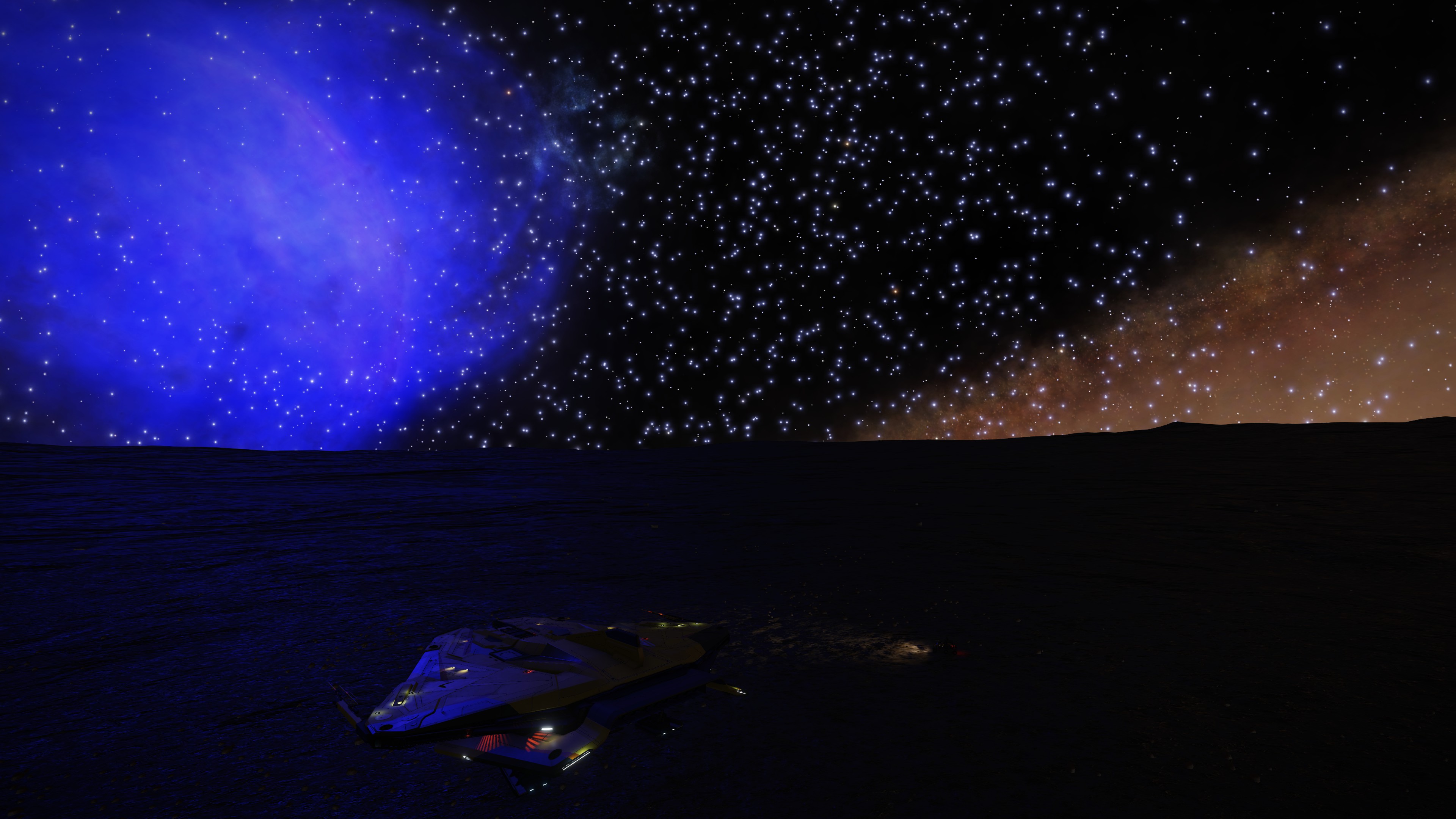