I had a bad dream as I was waking this morning, just as I was coming round. One of those dreams where you are not sure if it is real or not. A crash landing hard onto the surface of one of the many rocky bodies that I have catalogued over the last few days, ripping my ships hull apart, losing everything I have, thousands of light-years from anywhere. The hull of the Anaconda would be a huge loss in itself, but even if I were to survive the impact, I would surely lose millions of credits worth of data, four weeks worth in one clumsy move.

Of course I hadn't actually lost my ship as none of this really happened, but I experienced that awful feeling through my body, which was hard to forget about over the next few hours. I had been travelling, jumping, scanning so much that maybe I had overdone it the previous night. Maybe some sort of condition you get in space if you get too zoned into what you are doing without a break. I had forgotten how to do basic commands, commands that I had been doing relentlessly for the past two months such as operating the FSS or deploying camera drones. I had become a little numb in the brain and it wasn't working well. 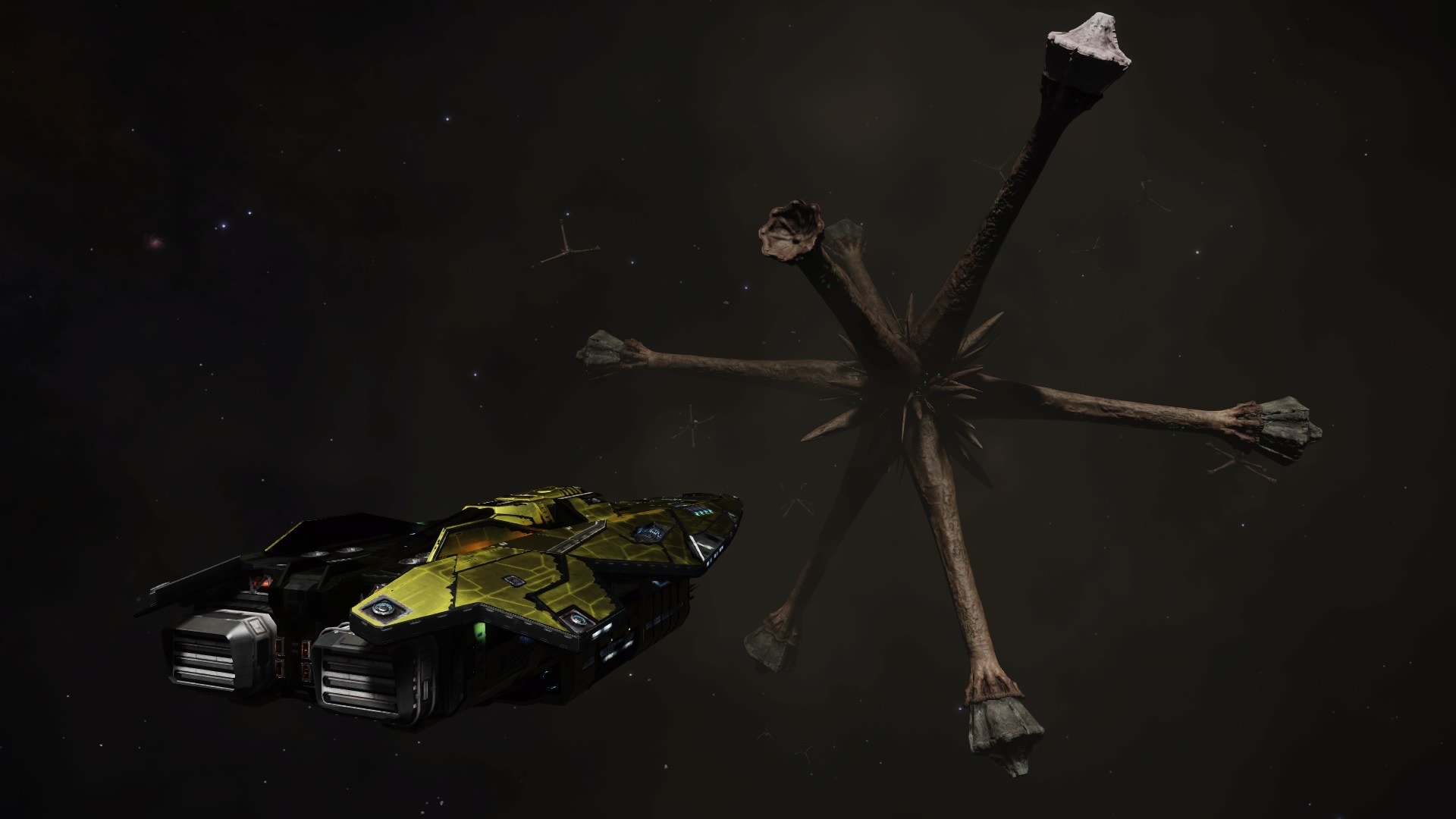 The Sagittarius-Carina Arm sector. No `notable stellar phenomena` for weeks, not since very early on in this expedition, then suddenly we're seeing these Peduncle tress and pods everywhere since entering this region. These large organic structures are appearing in almost every system that we jump to ever since we crossed the sector boarder some 5000 light years ago. Fascinating structures that have been well worth a visit, but is just not possible to see them all as we need to make progress back to the Orion spur.

As always, its a fine balance between getting the most out of the trip and not being held up for too long. I have taken many samples though and have studied subtle differences in the different types that there are out there. I will have to get back and see what data there already is on these and possibly venture back out here again another time to fill in the gaps of our knowledge.
Do you like it?
4
Shiny!