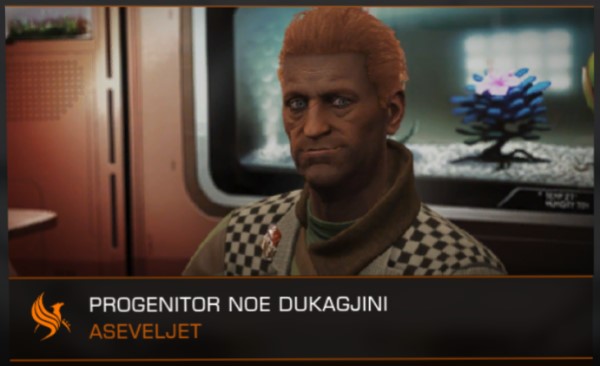 - Hey, Caretaker.
- Yes, what is it, Progenitor?
- We are about to expand.
- I know, I've been working hard to prepare suitable targets.
- We're going to Artume.
- What?
- Artume, there's a weak non-native faction there. It'll be easy.
- But that's a Li Yong-Rui system. We're trying to get out of...
- It'll be fine.
- No, and also it's controlled by a faction that's supported by a commanders. We're trying to avoid distracting wars, remember?
- It's already decided. We are going there.
- Good grief...

I hate that guy. I have a good understanding on how he thinks, but that doesn't mean it's easy to manipulate him. Keeping a track of all the systems expansion could go and adjusting them so that it ends up in desirable ones is hard work, and there is all sorts of unpredictable changes. As explained on my earlier posts, our general plan is to expand out of Li Yong-Rui space, preferably to Pranav Antal space and our foothold in Utopian territory from which we hope to expand deeper is 12 Persei. Politics with other commanders makes this even more complicated. We are in fairly good terms with SiriusGov despite being incompatible. Utopians naturally like us for our government type. There is this fairly new faction that has been worried about us and, I suspect, has been causing problems in 12 Persei. I think I have negotiated that problem away, but it, along the Artume debacle, has delayed our time table. One just has to keep grinding, I suppose.

Besides that, I have been doing some wing missions with CMDR Imo in completely different part of the Bubble to let off steam. The extra credits are welcome too. I decided to berth a permanent "Detachment Imo" in Ridley Scott. That lead to some changes for my fleet. First I attached my Type-9 to the detachment, which meant that I needed a new trader in my home region. I considered the Type-7 for a while, but in the end decided to convert my mission running Python for trading. Medium pad capability just is too good of an option when trading for specific factions. That lead to the need of a new general mission runner. I decided to make it a challange and bought a Federal Dropship for the task.

It wasn't easy, but I think I managed to meet my specifications. A general mission runner focused on surface missions that can survive any combat and collect materials on the side. Jump range is also decent thanks to the Guardian FSD Booster. Guardian modules can truly turn bad things to mediocre. I named the ship Hover Bovver too keep the Jeff Minter theme with my FGS. If I had a FAS, I'd probably name it Gridrunner or something.

The other new ship was a war/bounty hunting ship for the detachment. I decided to use a Challenger and name it the Bunglening Bay after an early Will Wright game. Mostly used leftover components for weapons, but I did use one of my prized Advanced Plasma Accelerators too. I should have gotten a bigger stockpile of those. I am now with Patreus so I can get more, but it will take time. The ship is nimble and fun to fly. The build overheats slowly on sustained fire. I was forced to overcharge the power plant a bit, which I don't usually like to do. Overall, a good ship. 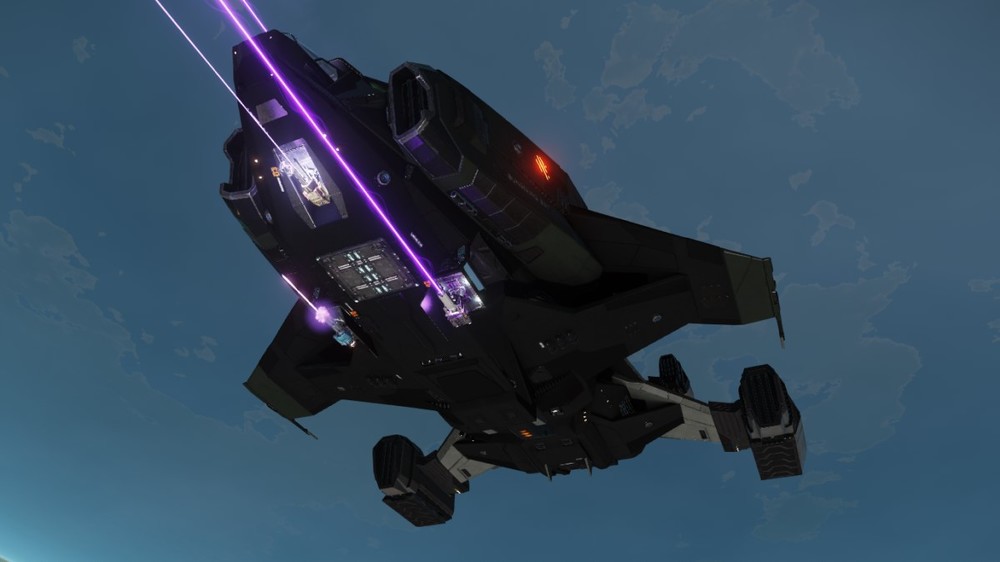 Keep safe and illegitimi non carborundum, CMDRs!
Do you like it?
3
Shiny! 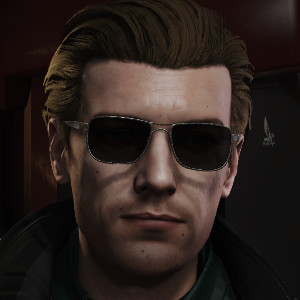