After a bit of rest, we laid in a course to A. Duval space via some outlying systems. We touched down at Tucanae Sector BQ-Y D95 on a planetary outpost. Narada was needing some work on structural integrity after hundreds of jumps. Cost a pretty penny. We also got the paint touched back up since it hadn’t been done since her armor was installed. We’d made the trip in pretty good time. We only spent the time on base that it took to effect the repairs and load up the cargo for a mission we picked up.  From there we made haste to a larger station with a shipyard to get some transfers in the works.

At (station) we paid 34M to pull over our Keelback and DiamondBack from Colonia those were the low hanging fruit to get us onto small and medium pad stations.  We also purchased new mining gear for Narada to equip while we are back in the bubble. I've made a few changes that reflect the reality of mining here.  Our usual 1500LY trips will no longer be feasible without the neutron star density so I wanted more defensive capability for the ship.  I was able to conserve one large hardpoint by using one C1 and one C2 mining laser, then using the C2 SCL and the C1 abrasion blaster.  Leaving all C3 and the C4 hardpoints for weapons.  We will see how this new arrangement works out.  I also was able to fit in a fighter bay by dropping to a class 4 fuel scoop and class 1 prospector.  This makes her a better match for any raider vessels she's likely to encounter in the process of mining.  It will also give me a good excuse to keep Kaylen on board during mining runs and I'm having her bring Karoline up to speed on the back-end work she used to do.

We've been working some cargo hauling missions right now.  If we drop all the mining gear for cargo racks we can haul 320T of cargo.  Not the monster that is our T-9 but at 300M+ for transfer from Colonia it will be some time before we are able to pull it across and still conserve our funding for the rumored fleet carrier ships.  I'll be spending some time working on building reputation in key stations in Empire space and do some prospecting for long distance mining opportunities.  Long distance here will be roughly half what it would have been in Colonia with easy neutron boosting but should still provide a break from looking over your shoulder so much.

After that we'll work on opening relationships with more engineers as well as getting into Guardian technology.  FSD boosting is one of the main technologies we are very interested in.  Also seriously considering an Orca as an affordable option for passenger missions and maybe exploration.  We'll probably scrap out the Keelback.  Sentimental attachment is not enough reason to keep the hull around collecting dust.  The Orca can take far more passengers and should pay for itself quickly.  Next transfer priorities are Occams Razor, and Edelwiess for more medium pad opportunities.


Touchdown back in the bubble. 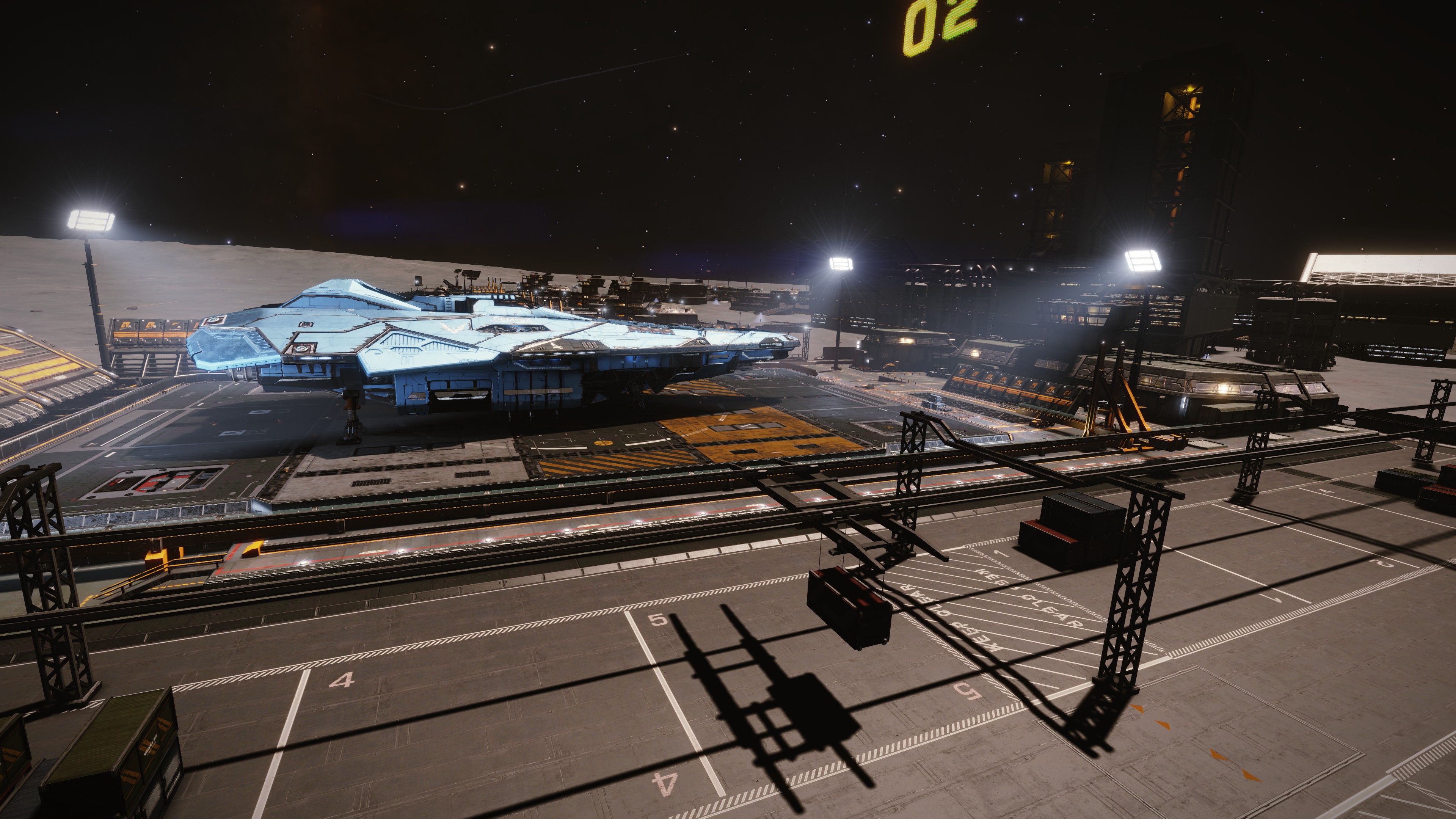