There are many tales of success published, of battles won, credits claimed and new worlds discovered – but this is not always the reality. There are the tough times too – we were all inexperienced once, fell short of glory through lack of understanding or honed skills, or even just experienced rotten luck. This entry is one of the less heroic ones.

Its been a few days and still I have not been able to finish off any Interceptors in the Krait. I have managed to exert and destroy a few hearts, but its frustrating me now. I guess that I have honed my FA-off skills a little more though and learned a lot more about how these creatures fight.

My main problem is landing gauss cannon shots onto the moving target. Four direct hits does a lot of damage to them quickly, but picking off that petal once exposed is hard with fixed weapons, on a moving target, with FA-off and Thargon swarms close by (and then there is my chosen set-up platform too). The gauss cannons overheat quickly, especially with misses on the target, meaning more attempts have to be made. It’s a difficult weapon to get used to, as you have to hold down to charge for half a second or so before the shot is released. Then you have to wait for a re-charge.

I then spend too much time too close to them, which can be a big problem. Not only are their shots damaging my shields and hull, but they also play havoc with internal  module failures, adding failures caused by overheating. On one such outing, the inevitable happened. My thrusters completely packed in, leaving me stranded right next to an attacking cyclops and swarm. Power to the cockpit, but no movement. The only saving grace is that it gave me just enough time to escape in the pod and luckily, the Interceptors don’t seem to destroy helpless pilots floating in a tiny capsule.

I contacted Raven too (my mentor for all things Thargoid), just before the Krait blew – so she was able to venture out and pick me up. A sorry sight indeed, one helpless pilot closed up in a pod with slightly soiled underwear. I had failed to even get out safely this time with my ship intact, and to make things worse, I couldn’t even finish the crossword that I had found and started in the pod three hours previously.
“Eight-down – DAMSON“ suggests Raven, having scooped me up in her Assault ship.

“Thanks– I owe you one.” I then expect an onslaught of mockery from her and detailed accounts of where I went wrong. But she is quiet and forgiving. She’s been here a few times and knows what its like. She knows that I know what went wrong and no further comment from her would help.

Back at the station, everyone I speak to gives me new advice and my thinking gets clouded even more. Although clearly effective, some of the strategies are very complicated, such as maintaining a FA-off orbit about the interceptor while landing Gauss shots.

I have to remember that my Krait is still not optimized for the job, some engineering and experimental effects still to add. But Ravens Federal Assault Ship, the Chaos Engine, has got me thinking. Maybe time to take a breather and go and buy one for myself. Another new strategy to experiment with. 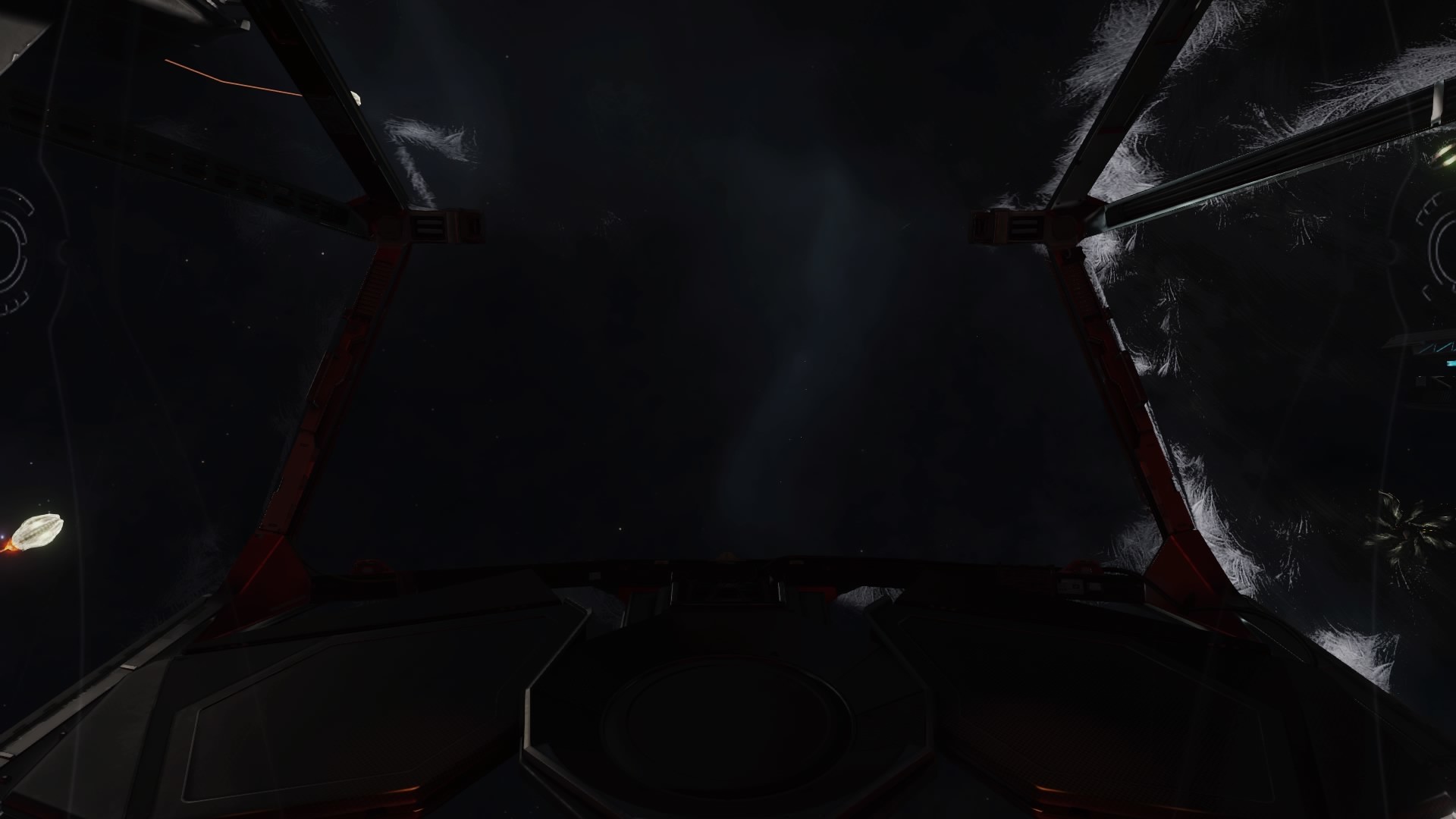 Lights out - and Thargoid looming. Not good...
Do you like it?
1
Shiny!