It didn't take as much time as I thought it would to make good with all the engineers around Colonia.  Granted it is grade one access now, my access will increase when I start working on Adroit.  I burned some credits on a few A grade modules though and will shore up the expense with some more mining before I leave the space around Colonia.  I spent some time on Coriolis modeling the specs of Adroit balancing jump range with performance.  I decided to trade a few light years of range for some good maneuvering and the ability to jump at a 9 second interval.  With all the stripped down mods Adroit's jump speed will be 520 meters a second.  Not bad I'll be getting just under 60 LY per jump fully Laden.  I don't plan to be hauling anything though so I can count on a 60 LY and a max of 64.  That will increase with the use of neutron stars as well.  I know there are ships that can be outfitted and engineered to jump further, but I'm happy with Adroit.  She has everything I need and noting I don't.  She will run pretty cool too, and to be safe I outfitted all the utility mounts with heat sink launchers.  I lost a bit of jump range, but it was negligible.  I still have some material gathering to do though.  I need to get on with it.  I've already had second thoughts about an extended exploration voyage, and I have not made up my mind on where I want to go.  I need to look at my materials stores.  Back to it.
Do you like it?
1
Shiny! 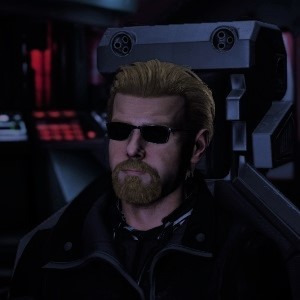