Took on a new client - Welsh Dragon Wing.
Apparently they're some old earth clan or something. They're paying me peanuts to track down some petty terrorists. I don't mind.

The first target was a everyday cutthroat named Tomas Richard, flying a Fed Dropship. He had disabled a couple of ships, looked to be traders, they were down to emergency O2. I didn't have any repair limpets, unfortunately. I made quick work of Richard, thanks to the Vedmak. Had to leave the traders though.

Then I tracked another guy, Mit Snirek, to the Nav Beacon orbiting Tum. Another easy fight. He had a buddy, though, and he put a good dent in my shields. I've got to get more shield boosters.

Afterwards, the Wing wanted me to do a run-of-the-mill strike on STAR Laboratories's outpost Reamy Oasis. Just a few skimmers down, nothing more. They paid me a bonus to get it done fast. I guess they had someone else coming up behind me to do a proper data sweep. I didn't ask. I did happen to lose my SRV in a minor skirmish with an Alliance Crusader. I underestimated their plasma accelerator. 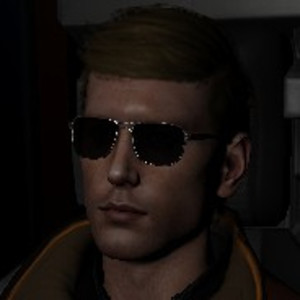