Building relations from the ground up

I think one of the things I most overlooked about the return was how thin my network was when I left for Colonia. Only a handful of friendly stations in Alliance and Federation space. When landing back in Imperial space I was effectively starting over. No relationships, no routes, no friendly tips or followup missions. Just the shit-work that gets handed out to the riff-raff that straggle in looking for work. I had been in a good position in Colonia. Reasonably known, offered decent contracts and work from other commanders. Here, the money faucet is shut off and if I am to remain outside my cash reserves I have to keep things on the economical side for a while. One opportunity stood out. Passenger missions. Many of them pay better than the current cargo and combat offerings and offer a way to gain reputation, map out systems and get commodity data for an expanding list of stations in one go. However I did not believe that my little taxi-cab Keelback would be attractive to the clientele found in Imperial passenger lounges. Going to have to spend a little to get in on that though. The choice was made to acquire a replacement to the taxi. Gaunshiyin was born.

Gaunshiyin is a Saud Kruger Orca. I have outfitted her with both economy and 2 business class cabins. This satisfies the bulk of sight-seeing and station-station passenger traffic. I was never one to get excited about driving a passenger bus, but I had to admit that walking on board was quite a proud moment. SK know how to build a luxury ship and this ship screams luxury. Even the bridge feels... comfortable and inviting, not as angular and severe as the Anaconda. The Keelback was a dump by comparison and probably only suited to hauling workers around a backwater, which, it did get done rather well. This however was something a well-to-do imperial snob would be happy to be seen getting into, and that suits me just fine when they deposit a million credits or so. Standing and admiring her as the dock moved the modules and equipment in and installed it brought a smile. I had to call Kaylen up to check it out. She came strolling up behind me and leaned in looking over my shoulder.

"Hey you, what are we gawking at here?....... Gooo-an-she-yen" she sounded out looking where I was looking. "Wow, That's a pretty ship. You know I keep meaning to take a one or two day cruise out to something I haven't seen before on one but I never seem to find the time", she said with a mocking cold stare at me.

"Yeah I know what you mean, I said leaning back into her a bit to keep the conversation quiet. "I never really take much time off either, always something I'm working on and somehow even a personal trip in your work barge just doesn't feel like getting away". After a short pause I said, "Oh, did you notice the ID on that ship though"?

"C, P, S, zero.... HOLY SHIT", she shouted nearly splitting my ear! "Is that: Cramer Passenger Services? Is that OUR ship", she said pushing me from behind?

"I can't believe this" she half-shouted then realizing that everyone in the place was staring at us she lowered her voice down to about seven. "I thought you said, and I quote here, 'If I ever end up a cruise ship captain please shoot me'" she said with a half laughing, half quizzical smile. Reaching around her waist like she was looking for a side-arm.

"Yeah, yeah. I guess things change a bit when you've turned your world around on it's head and started over. We need some jobs that pay and right now, in this place, tourists pay good money, and so does the Empire for moving people they want moved so it seemed like a slam-dunk idea", I said.

"Hell Frank, I don't care WHY, I just want to look inside", she said practically bouncing like Tiger.

"Sure, as soon as the work is done we can do the nickle tour".

A few hours later we boarded and started our look around. The gleaming white walls and luxurious soft flooring were alien to our other ships. She walked around and let out a few wows, ohhs, and ahhs. We stepped into the last business class cabin and on the center of the table was a nice central place setting, a bottle of real wine, a few actual strawberries and some honest to God chilled shrimp cocktails. She glanced at the table then back at me.

"We got customers already", she asked?

"Oh, well we should cut this short then and get them loaded up, looks they are setup for a nice trip."

"They sure are", I said. "But they are a couple of freeloading swine that use company property for personal recreation".

Her forehead wrinkled and a half-confused, half-excited look came over her.

"Well, I said it's not the same once it's a work barge anymore. So I figure, before it becomes a work barge, we ought to take a vacation cruise that neither of us has got around to and see something new. I know we both mentioned wanting to see Golconda... so lets go see it."

She just nodded, smiled and said "That sounds really nice. I've got some paperwork I was supposed to get finished from that last run though. I came up here when YOU said it was important!"

"It was important... Think the boss will be pissed", I said?

She laughed and shrugged, "Probably, but I'll bet I can get away with it".

"Good, hell with that guy, lets stretch her legs a little", I said. "I had Karoline grab your jump bag from the office so we're good to go". That got a hard punch in the shoulder as she tried to look peeved and walked away.

"Hey, you can't assault the commander like that lady", I shouted. I got no answer, just an impish look back over her shoulder as she kept walking. 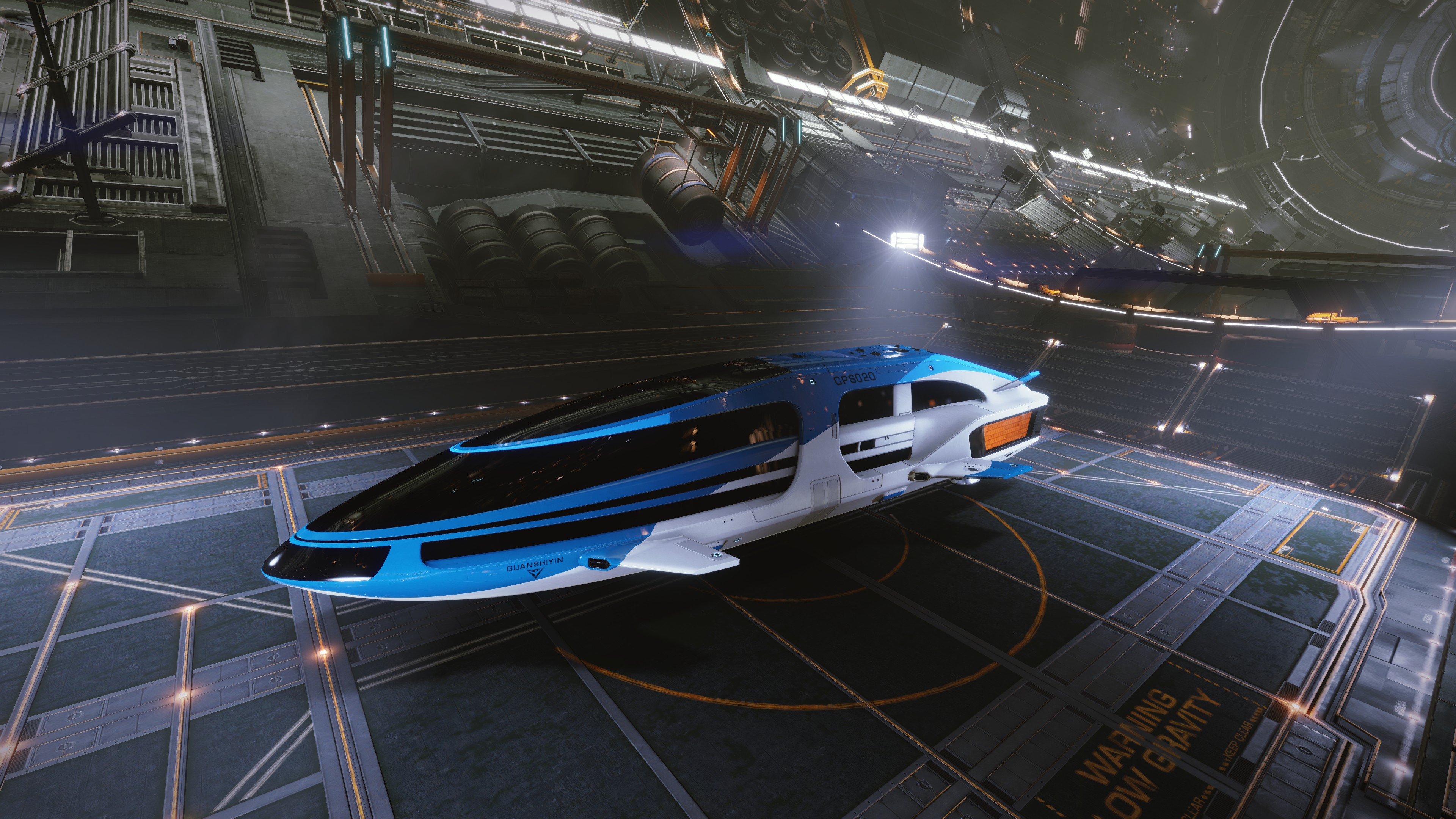