This Hasn't Been The Smoothest Trip Back To Colonia

This is a brand new ship, damnit! I am confounded by how many issues have plagued my trip so far back home to the Colonia region. Air handlers malfunctioning and leaving a haze within the cockpit, power distributor giving me inconsistent status on consumption, AFMS stopping repair of my FSD right in the middle, for no apparent reason. Then, of course, there was the three days I was stuck floating in space when the entire flight control system failed. My first indication was when the stick went dead, manual control completely gone. Then even auto-pilot failed. Someone at the yard apparently forgot to properly seal a wiring conduit in the access way below the bridge, and when excess condensation built up any time I pushed the scooping limits and overheated the ship, the water would follow the wiring into the primary couplings, eventually frying the primary, secondary and tertiary sub-panels for thruster control, which are linked to each other in series. And since the AFMS isn't designed for that kind of repair, it's good that ships this size routinely have a full machine and electronics shop to craft replacements old-school.

So, I was finally up and running and three jumps later I nearly crapped my jumpsuit when the ship dropped out of warp in front of this: 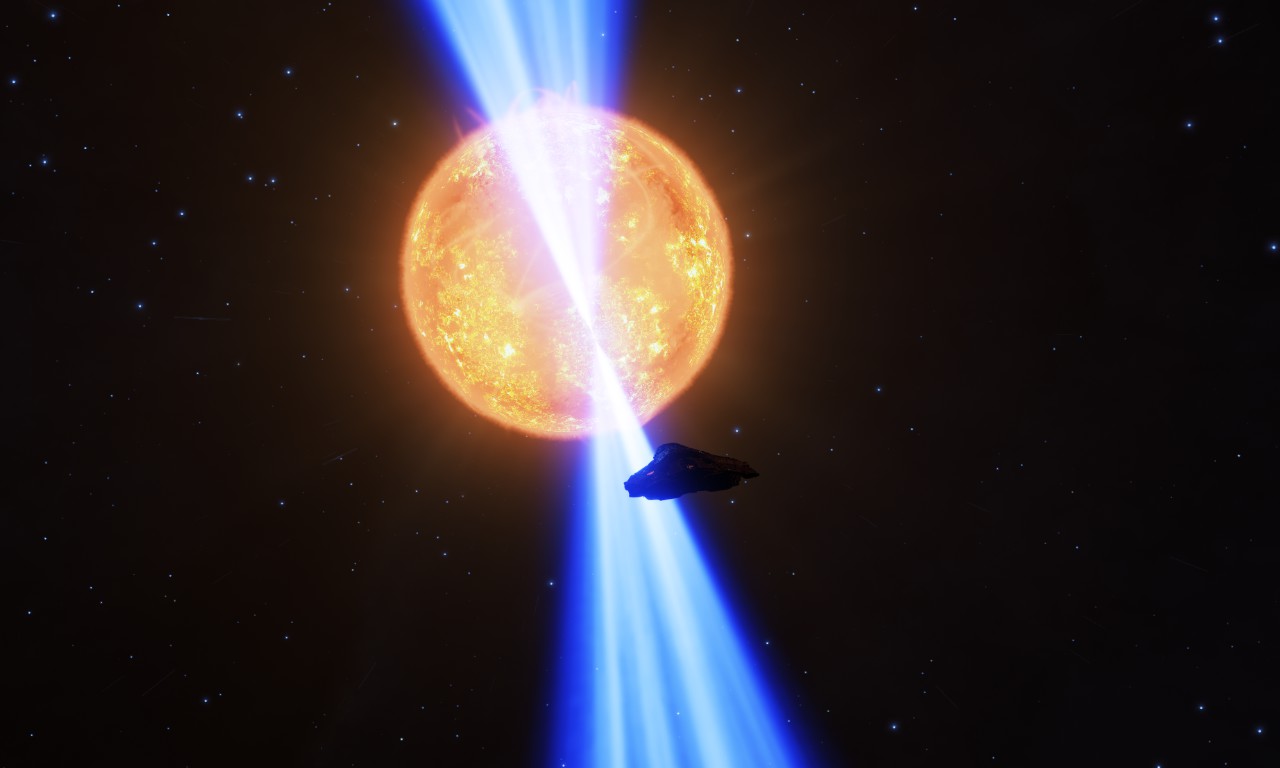 The still shot does NOT pay justice to how violently the neutron star was spinning. Once I regained composure and pressed on, I was rewarded with my first Earth-like World of the trip: 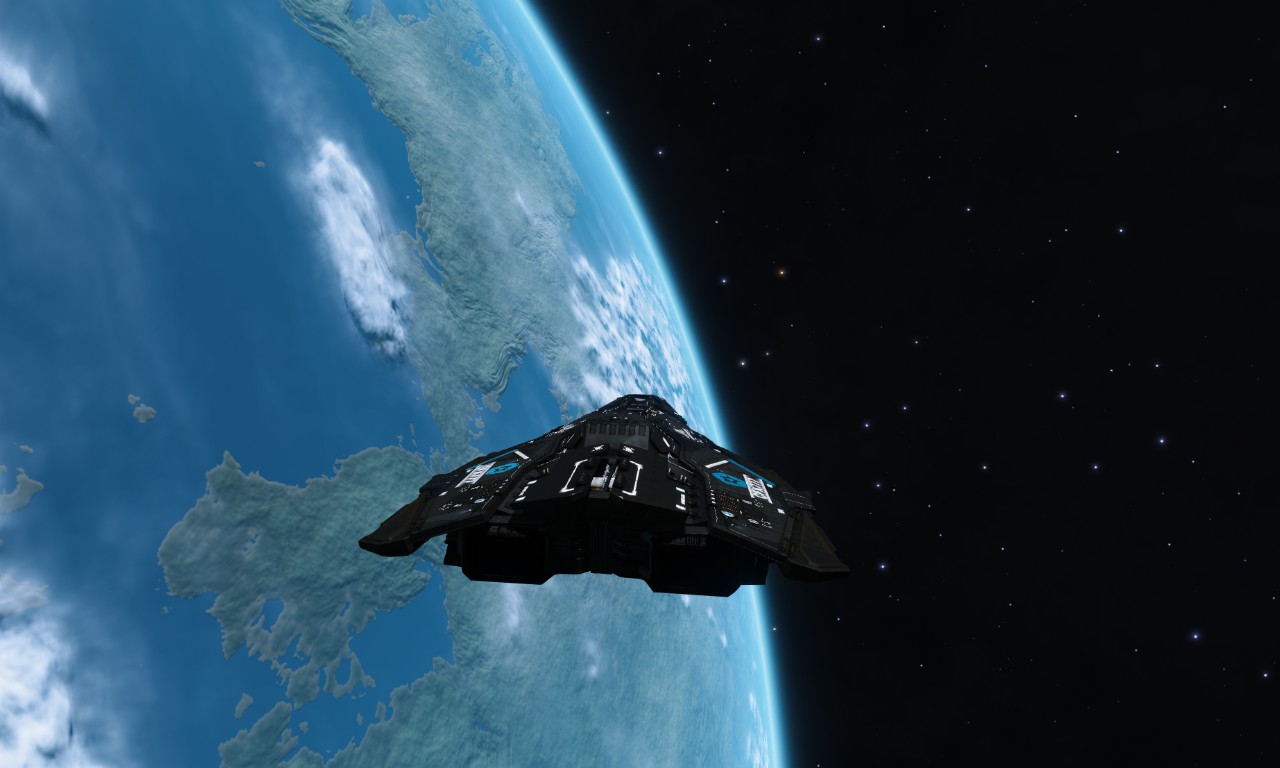 So, here I am, exhausted, parked on a nondescript moon, picking up some raw materials I need and to get some shut-eye. I am a bit fretful of what new hell I'm going to wake up to.
Do you like it?
4
Shiny!

CMDR Scubadog
Explorer / Salvager
No War Today...and Other Good News
Scubadog
And In The Distance...The Sounds Of War Drums
Scubadog
Changes To The Cetifox Fleet
Scubadog
Everyone Forgets the Guardian Ruins Halfway To Colonia
Scubadog
This Hasn't Been The Smoothest Trip Back To Colonia
Scubadog
Okay, That's Quite Long Enough in the Bubble
Scubadog
Two Hyperspace Interdictions in One Week
Scubadog
This Isn't Creepy At All
Scubadog
Too Late To Help in Deciat
Scubadog
God, I HATE THE BUBBLE!
Scubadog
Show CMDR's logbook