Hello fellow Commanders, it's nice to be typing like this again. Almost five months ago, I tapped out my last log about my four-month trip to the southern rim. My writing has not been slack since then, I've been recounting somewhat embellished tails of my more intense adventures with my friends on the appropriate forum. I’ve also been penning my memoirs but due to preserving my continued liberty, and a lack of age restrictions here, I will be keeping that macabre between myself and the few involved for now.

I’ve not been up to much worth talking about in a cockpit after returning from my first expedition. With the promise of Fleet Carriers being made available to civilian pilots, I hopped into my passenger liner and spent a month or so earning a few billion to be confident I had enough to perches myself an extravagant mobile home. We all know what happened to that.

Mining has lost its lustre for me. There’s nothing wrong with it, putting the new tools on the market was one of the best moves the Pilots Federation has made in an age, but I’ve been drawn to the more action-orientated professions of late. I got myself a Fer-De-Lance and filled it with Plasma Accelerators. Oh my word! The Anger Badger is by far my ship of choice when it comes to bounty hunting now. 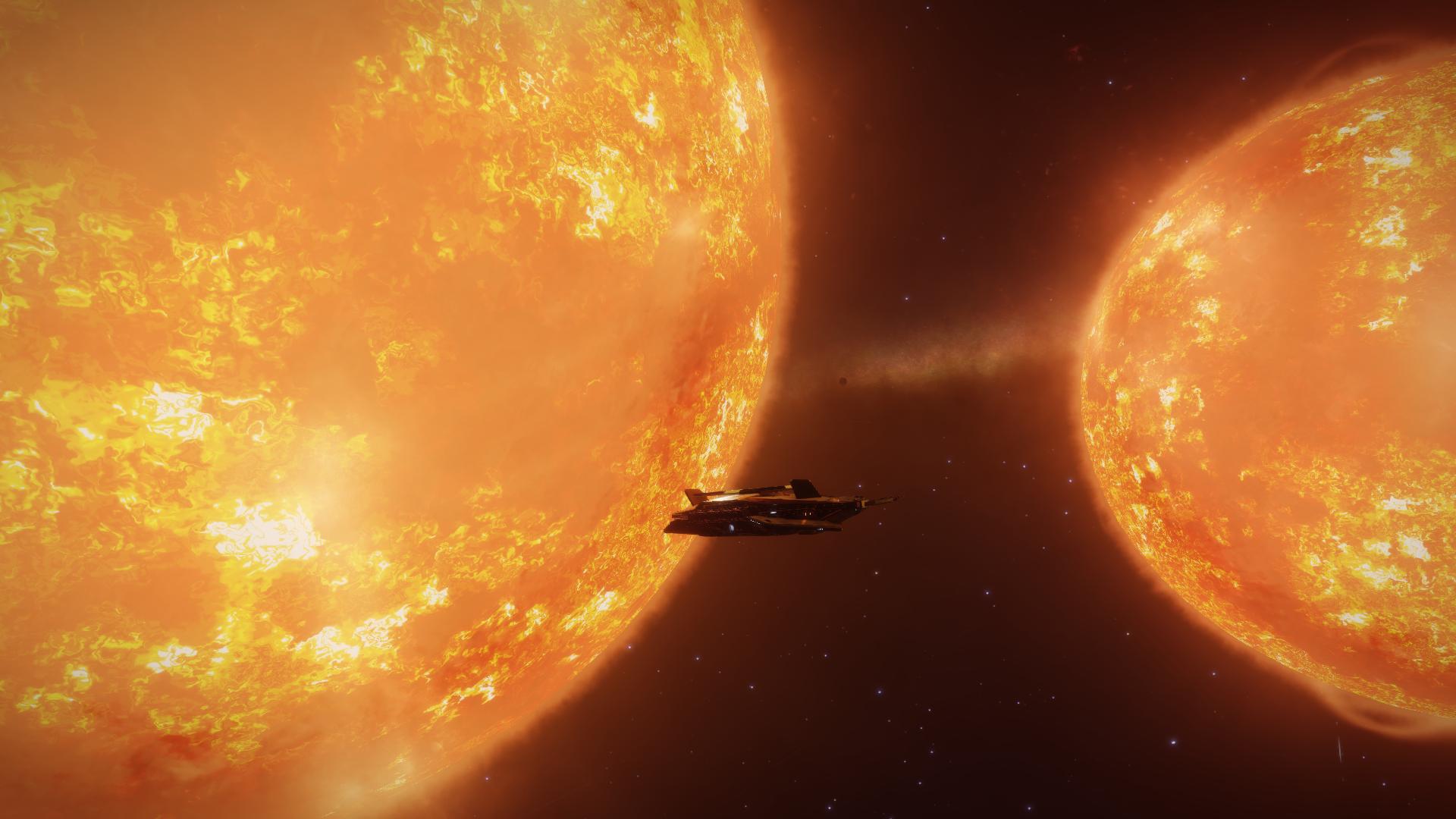 I do enjoy a binary star

With my vapour lust still hot, I decided to put my money where my mouth was and my ammo where the enemies of my chosen patron happen to be. Usually in front of my crosshairs. While supporting Her Majesty is my duty, it is ultimately unfulfilling I’m sorry to say. From there I re-equipped my Rail Gun Krait MkII ready to face the enemy of every faction. The Thargoids.

For a few days, I held the top spot as the greatest enemy of the Great Enemy, and that accolade earned me another. I got my Elite combat status and earned the Pilots Federation gold badge. Just as my hunger for credits waned, so did my blood lust. Helping out the odd faction or station with open requests was something I’d never done, but I helped with a few of them, not least the Golconda. While that was an interesting question, it didn’t seem a fair interference of an isolated people’s needs.

This morning I was clearing up a few tweaks and upgrades I wanted to make to my fleet and spent a bit of time hunting down the materials our engineering community take as payment for the technomancy they work on our modules. I noticed one unit across every ship was not quite up to the best standard the arcane skills of the engineers could provide so I decided to investigate why that was. It seems our local talent can’t lighten a Life Support module to the same level as a moon-faced odd-body in Colonia.

I’ve often seen commanders stating that they are moving to Colonia, so I decided to have a read and see who had gone and why. I think it, for the most part, boils down to two sorts. The contentious pioneer, ready to strike out and cut a slice of the fresh systems for themselves, and the grumpy old men that can’t be bothered to deal the mentally deficient salivating morons that call themselves pirates. In defence of the GOM camp, pirates usually want to steal valuable cargo, this gaggle of animals just like killing, but that’s another argument we’ve all had our fill of. 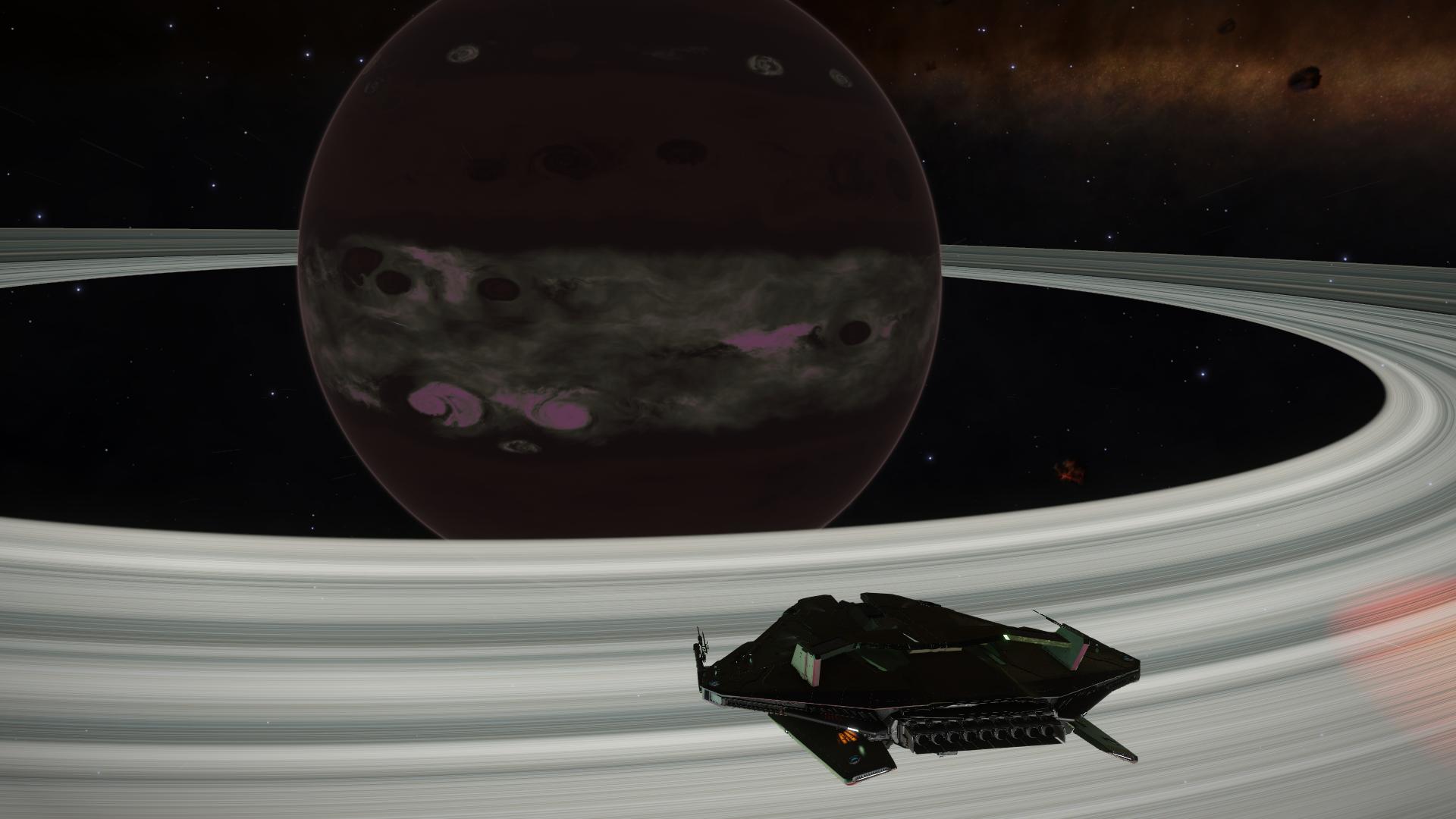 While I was looking through logs of the people that have made the move, I should have taken note of the Feds to Imps ratio. Not the Alliance, no one cares about the Alliance. .. .. not even the Alliance. Anyway, I talked to some Commanders that had got to know the be-spectacled pudgy boy that had mastered the lightening of Life support systems and learned what I would need to get on his good side. I’ve been using my beloved Phantom (ffffphANTommm) to hop between stations where I’ve left ships for my various tasks, so I’d changed her internals to make her a multi-purpose taxi. I put in a few of the more nefarious items I’d need in Colonia and got her ready for long-range travel again. It was a little over two thousand light-years away, so it wouldn’t take long to get there.

Well that was a mistake! I should have known when my nav-computer told me to swivel when working out the route to Los and pudgy-pigman’s workshop. For some reason, the distance didn’t really hit home until I started running into unexplored systems. I hadn’t made many jumps. Each jump was about sixty light-years, but I still thought I hit unmapped star systems a bit early. That’s when I checked how far away Colonia was. It’s more like twenty thousand light-years! I was only out by a factor of ten. Still, compared to my first exploration trip, it’s a short journey. I just wish I had an auto repair unit fitted, and a few limpets in the hold. I can cook up some limpets in the magic microwave, but it’s not the same as being properly prepared for a long trip. After all, I doubt they’ll be a burger van in a layby along the way. 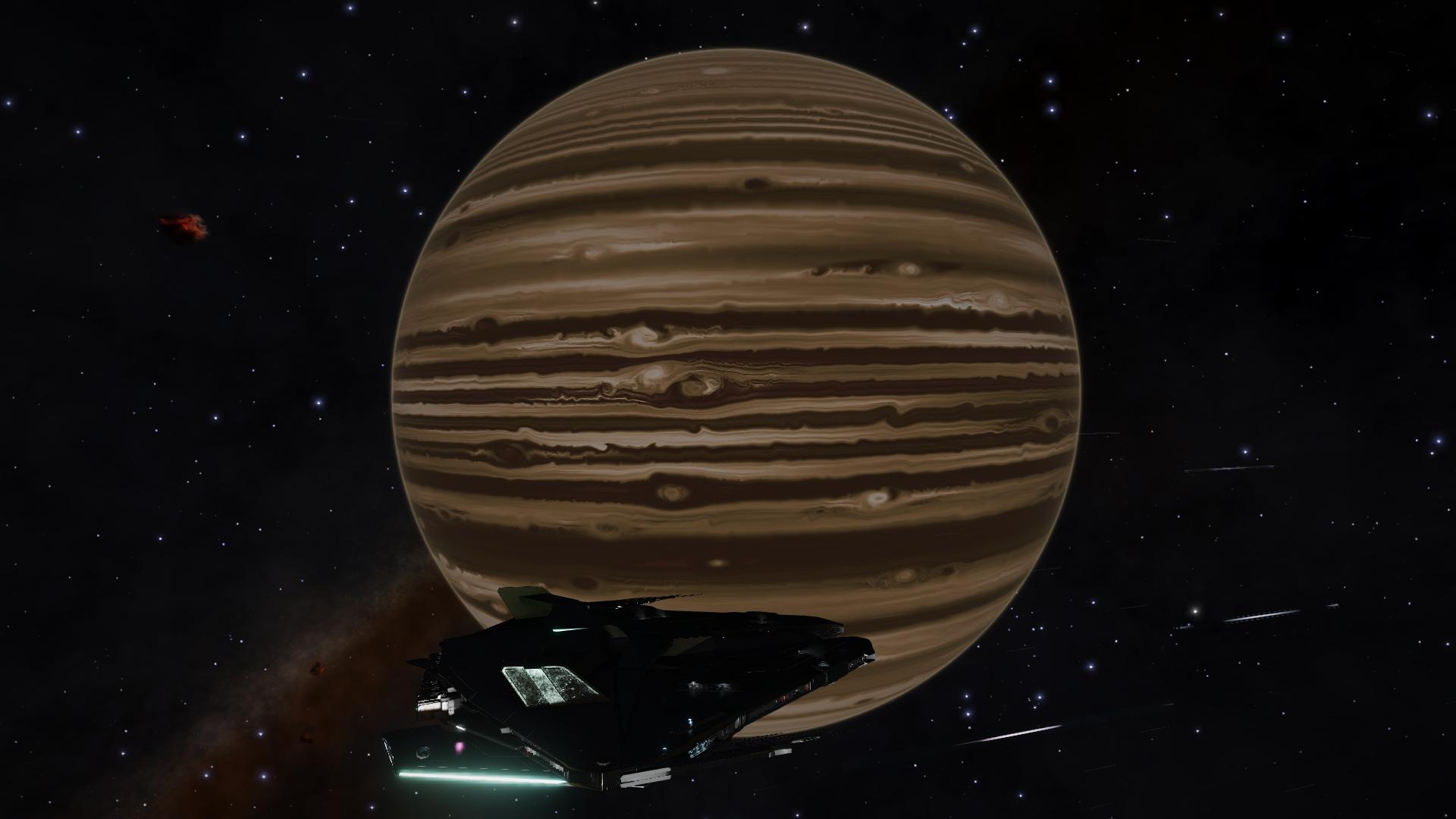 Still here I am almost six thousand, nine hundred light-years away from home station on day one. I’m treating it like an exploder’s primer to get me back into the swing of it. I’ve got just under two hundred jumps to make on my first plot point, and I estimate another one hundred from there. I’m not going to do proper exploration jumps, I’ll keep them at an average of sixty light years each to get there sooner. I should think I’ll land in about three days’ time given I won’t be flying all day, I still have typing to do. While in Colonia, I’ll try to get to know all the engineers there, I may as well. I’ll keep a log of my experiences there for you bubble dwellers and maybe it will become a helpful Rough Guide to Colonia. 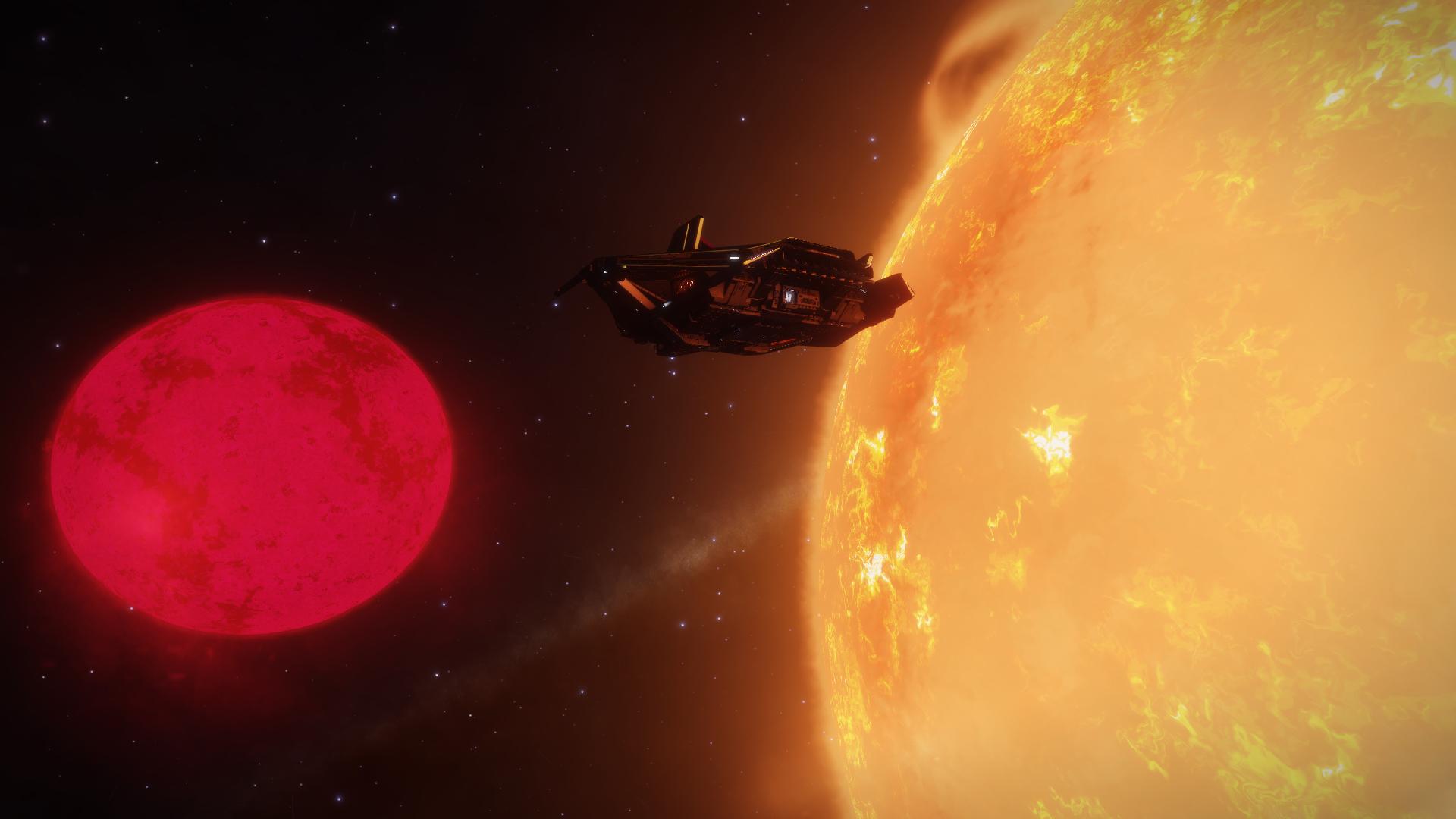