On Saturday evening I took the 25 pods to Kraken's Retreat in Los and put them in the hands of Etienne Dorn. With a toll paid, he agreed to get to work on my systems. First I had to get a ship with unaltered modules for him to upgrade. 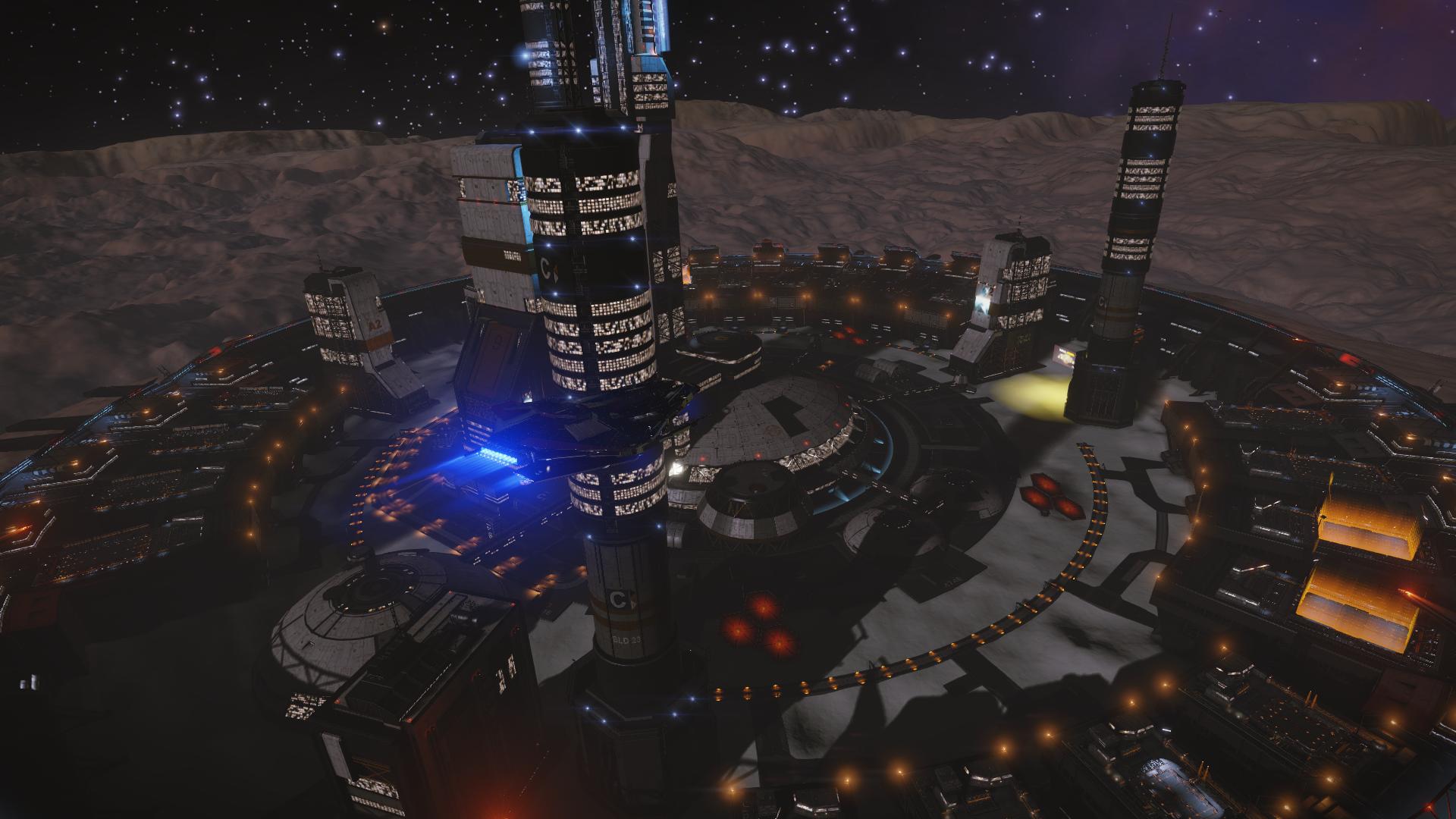 I decided to put together a ship that uses missile pods as it’s primary defence. Mr Dog advised me to use a Gunship and after looking at the hardpoints available on that ship, I can see why. I wanted to buy a Clipper but Imperial ships are not available over here in Colonia and it only has four hardpoints. The only place (as far as I could see) to get the Gunship in Colonia is Robardin Rock in Carcosa. 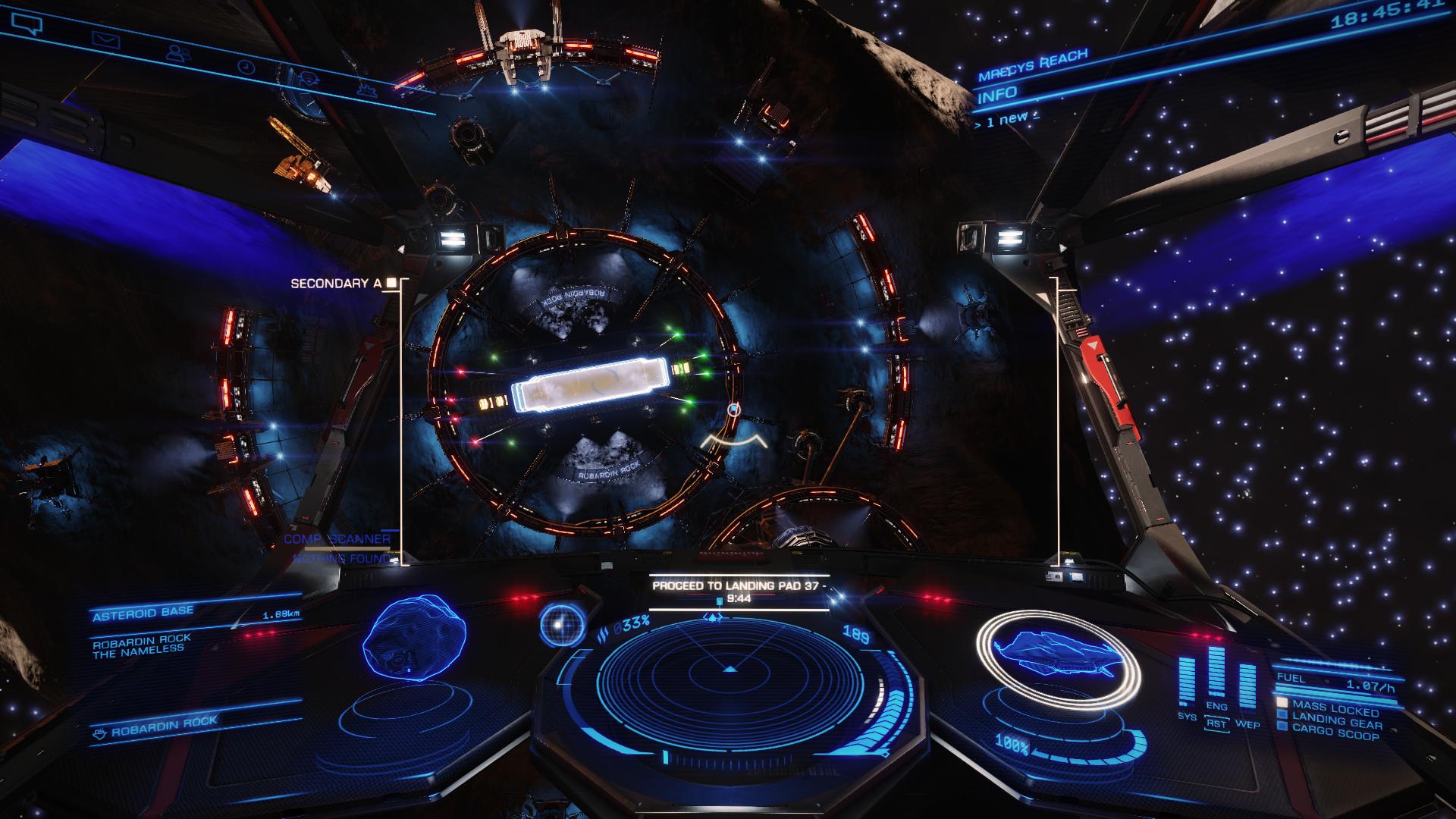 Equipping your new ship is a bit of a bind too. I couldn’t find an A class size 6 Power Plant, but I was surprised that I could get a 6A Guardian Power Plant. In hunting down the modules I wanted, I docked at Jaques Station in the Colonia system itself. I was shocked at just how busy that place is. I could get docked easy enough, but the amount of Saud Kruger ships hogging all the room to move and, naturally, the slot was shocking. I’ve said it before and it looks like I’ll be saying it all my flying life. If you are a Saud Kruger pilot, you are a lane hogging, tunnel-visioned, ship bumping, giant sex toy jockey. Sell your tube and go buy a real ship or take it exploring where you’re not in everyone’s way. 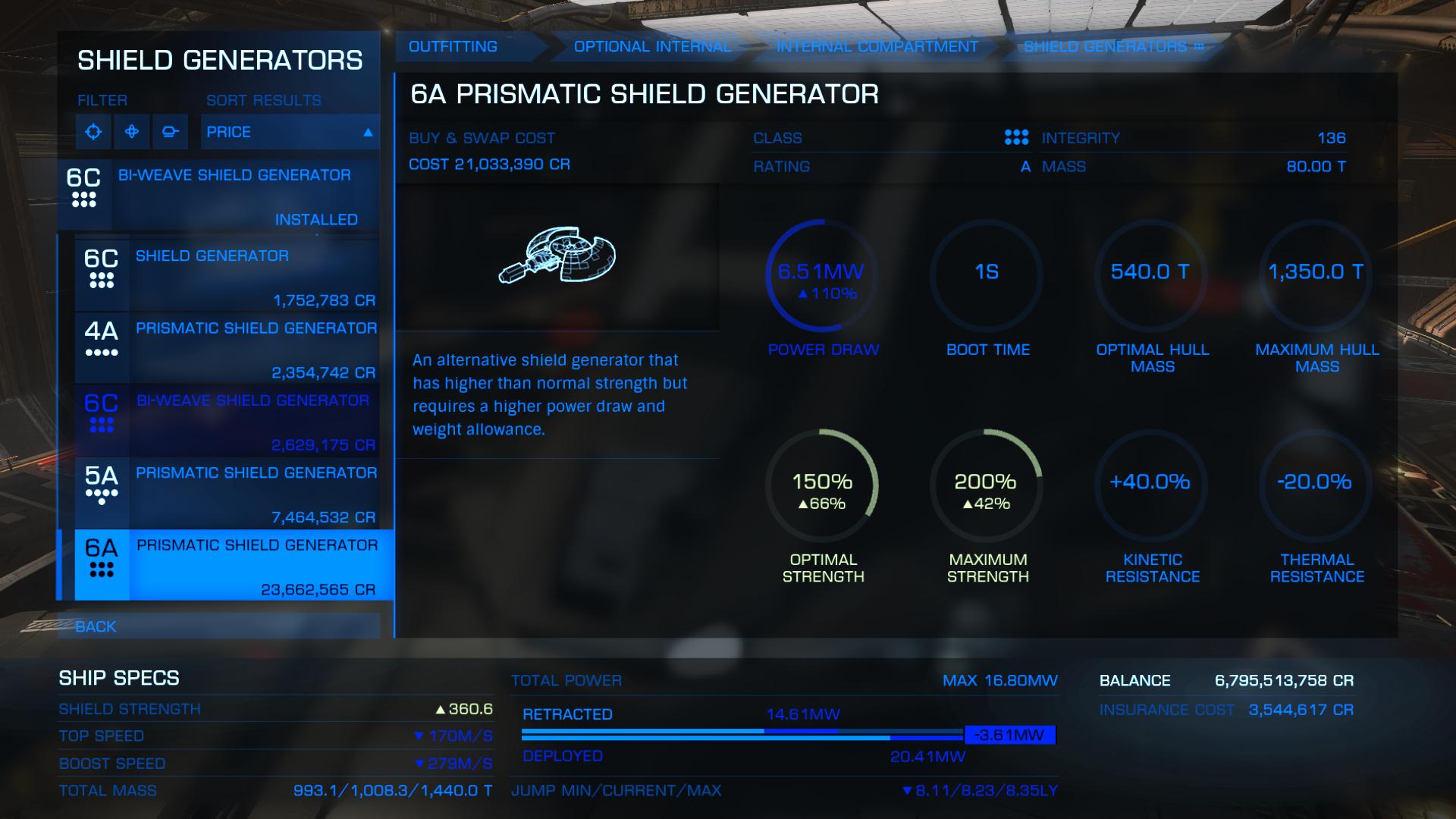 I don’t have to travel over 20000 light-years to get it thankfully.

Having got off-topic, I’ll get back to where I was. Most the important, and core modules I wanted were on sale here. When I saw the Guardian Power Plant on offer for me I was really happy because I had to change the build I had in mind simply because I couldn’t get the juice to the systems. Not only was the Guardian Module available, so are Prismatic Shields. If you have the ability to buy something in the Sol centred bubble, it looks like you can get it here. Having said that, I couldn’t find Guardian Module, Hull and Shield reinforcements. If you know better, please let me know. 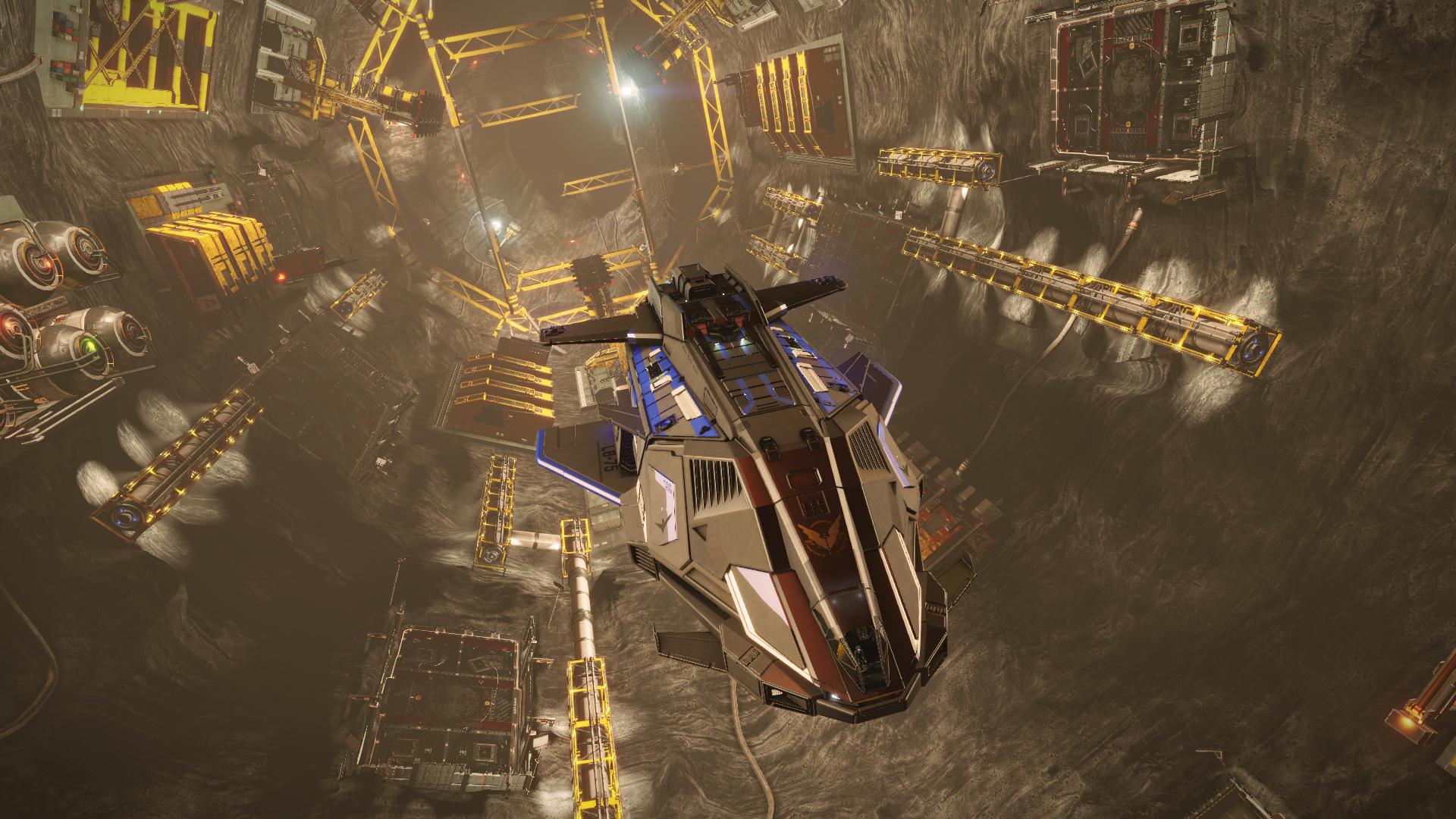 Lamb Bam Thk U Ma’am. My go at a Missile Boat build.

With enough parts fitted, I went back to Etienne Dorn and let him get to work. His expertise with Life Support systems is why I came to Colonia in the first place. I took the best part of a week to get here just for a little more weight taken off my ships. With that done, I’m done here and could fly back to the bubble happily.  I’m not going to, I’m going to go see the rest of the experts here and get to know some of the people that made the move to Colonia. It’s almost 10:30 on Sunday morning now, so I’m going to get to work so I’ve got something to report on for today.

I’ve decided that Mel Brandon is the next engineer I need to go see. To get invited to The Brig in Luchtaine, you need to get in Colonia Councils good books. To do that I did data runs and shipped cargo for the rest of the morning. It didn’t really take long to have the good people at Colonia Council to trust me enough to give me the last link to Mr Brandon. 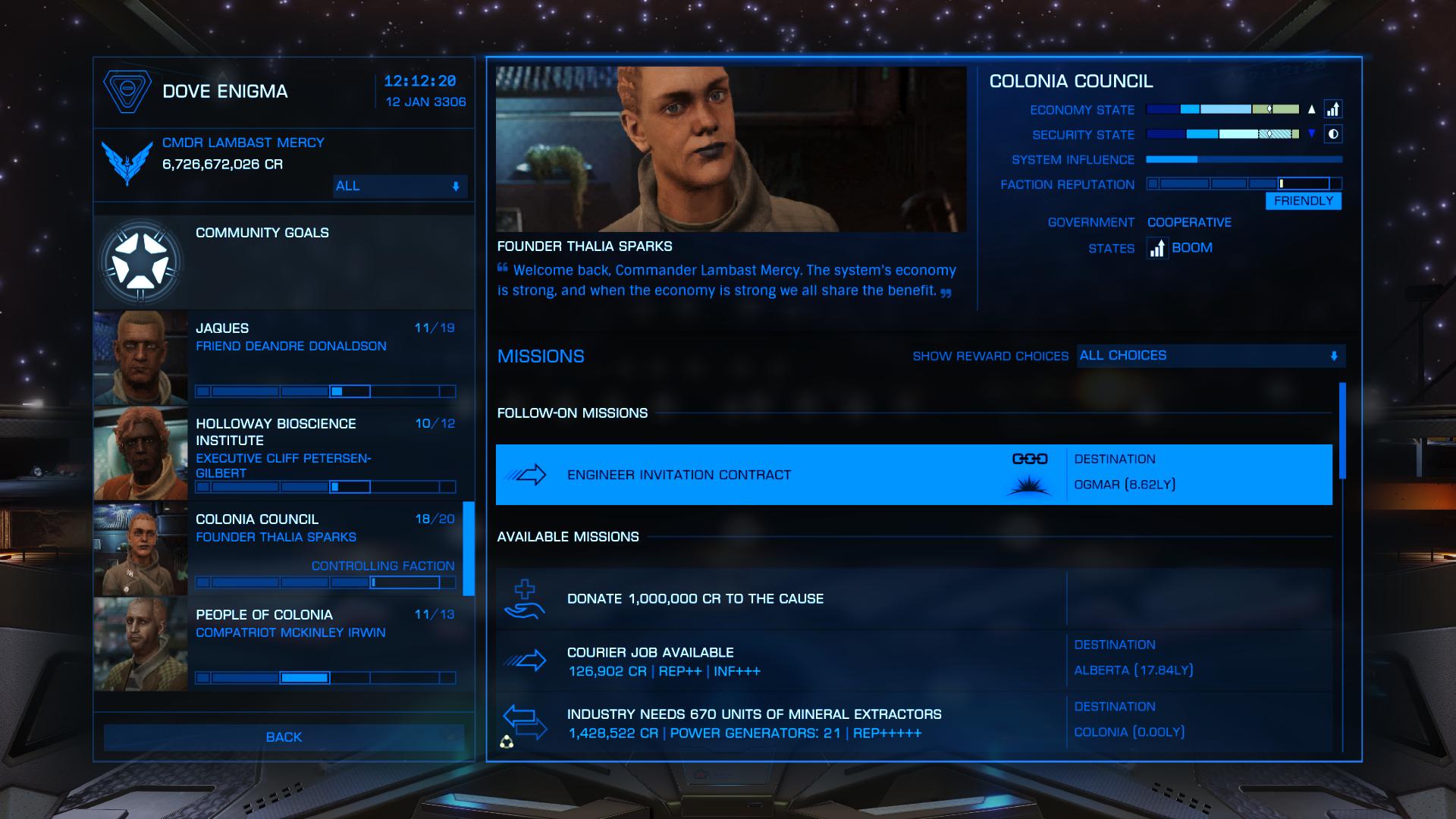 The invitation mission offered after proving yourself to the Colonia Council

For Mel to get to work, he wants some people he doesn’t like put down before he’ll even pick up his tools. I picked Mel as the next engineer I wanted to see because he can upgrade my FSD and Shield Generator. That’s a bit of a problem because I’d like my shields tinkered with before I get into combat. Still, as needs must. Mel has a problem with a group called The Nameless and they happen to hang around in the very system I brought the Lamb Bam Thk U Ma’am, so this evening I’m going back there to see what I can do.

I got The Nameless bounties for Mel he only wanted 100,000cr worth but it did take me quite a bit of time. I’m not using my remote access to engineers and I’m only using the tweaks I can get here. Without speed, shield toughening and weapon upgrades, I’m finding a missile build very hard to use. After a bit of a hard fight, I sold my dumb fire missile pods and replaced them with Beam Lasers. To get them, I went to Oswald Park in Kojeara. I found an interesting place here just called Unauthorised Building. Every ship I saw there was a pirate. It’s a great place to go if you want to test ya weapons and don’t mind being outnumbered. 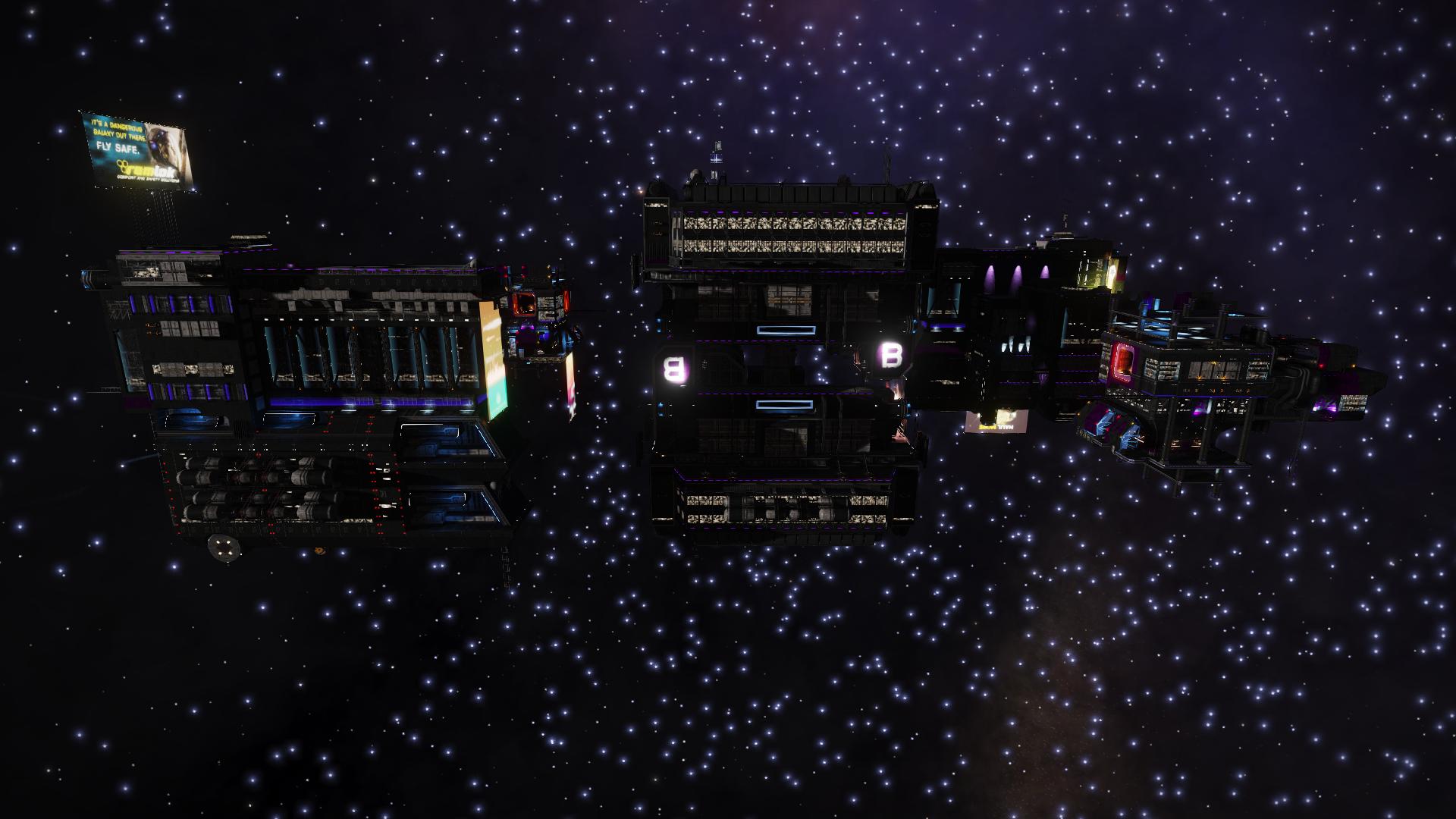 Now armed with weapons I’m used to using, I went to find the Nameless, so I went back to the place I got my Gunship as that’s where The Nameless call home. I sat at the nave beacon in Carcosa and didn’t see many Nameless so I took to supercruise and hunted for Nameless. That was much quicker than waiting for them to come to me. With unaltered beam lasers and stock seeker pods, the big targets got away from me as soon as I gained the upper hand in the fight. The best thing about seeker pods is the fact that pilots run. It’s just a shame I couldn’t catch up to them and take advantage of the retreat.

Once I had the bounty Mel was after, I jumped to Luchtaine and went to get my Gunship some much-needed upgrades. If you’re new to Colonia, I would say Mel Brandon is the first guy you should get to know. He upgraded my Lasers, FSD, Shield Boosters Shield Generator and Thrusters. 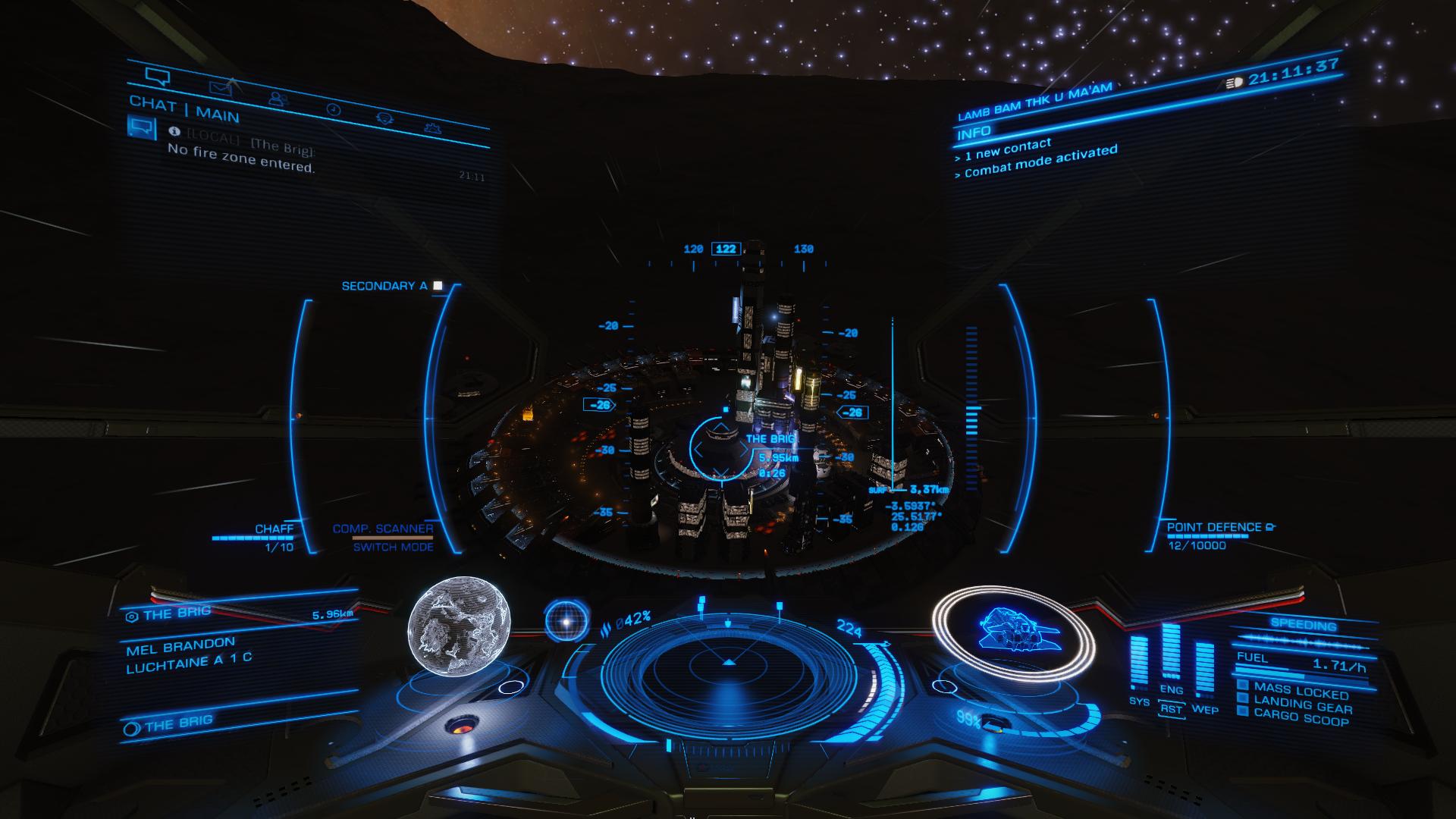 The Brig. The first place you should work to get friendly with if you’re going to work in Colonia.

Tomorrow, I’m going to see what it takes to get my Seeker Missile Pods upgraded. Can’t say I’m impressed with missiles so far, but I’ll give them a fair crack before I drop them. Petra Olmanova in Asura is the woman that can sort that out for me. With a bit of luck, I’ll be doing my first interview tomorrow if I get an answer from the people that said they were willing to sit down and talk to me.
Do you like it?
7
Shiny!