Come the time of peril, did the ground gape...

We continue to battle against the Thargoids, who for several days now have increased their presence and activity in the in and around the Celaeno system. The Artemis Lodge continues to evacuate personnel, with a nearby support ship being used as a base. This is being used as a temporary shelter for evacuees as well as a base for commanders, like me, involved in the battle against the threat. Stations in nearby Atlas and Asterope have also suffered similar attacks, as well as three further stations out in the Witch-head Nebula.

My current role in the resistance is to fight scouts off in the Celeano system, with many other commanders who I have become acquainted with over the last few days. There are not quite enough ships to go around sometimes, with many of the vessels still caught up in the damaged stations. So often I loan mine out while I take or rest, or double up with another commander. On several occasions, I have flown in ships with other commanders, to help support as part of their crew and to learn tactics – the most efficient set-ups and methods to deal with the threat. Other pilots have joined me on occasion. In turn, I am able to pass on my tactics to them, to help hone their skills.

One important skill is to know when to get out of there. Threat level 3 and 4 signal sources are quite manageable, usually, but every so often a surge of up to 7 scouts may appear at once in a threat level 4 zone. The larger number is obviously harder to deal with, but additionally, they are much more likely to initiate `berserk` mode on the call from a berserker scout. Their increased attack power then makes it much harder and they can tear down my FAS shields a lot sooner. A second `berserk call` during such a battle, with no shields and 50% hull is a bad thing. That’s when its time to run! 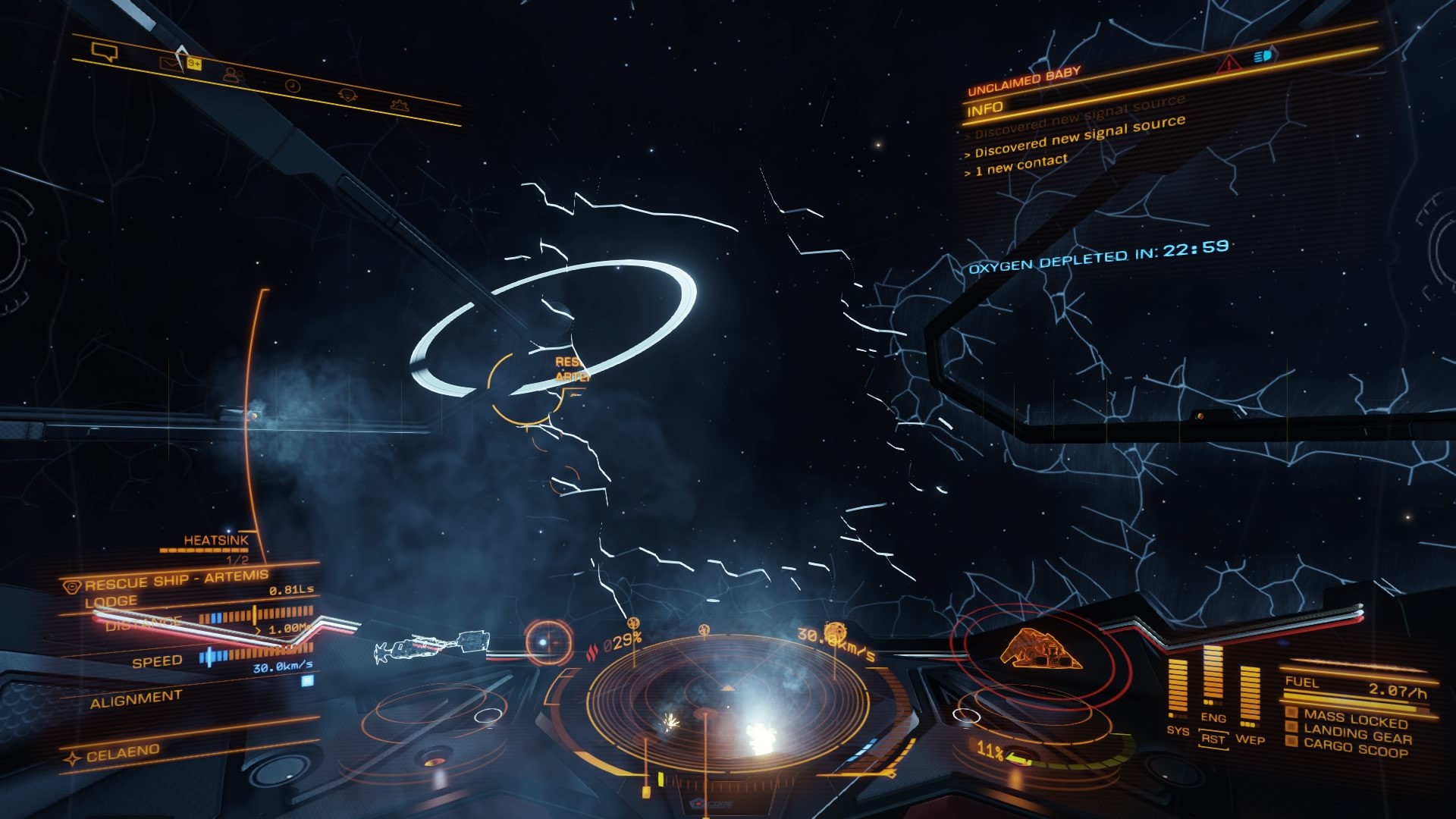 ...when its time to bail out and get repaired