Ms Martinez is not over my cargo-dump mishap yesterday, it seems.
She was professional, sure. Polite, even. But I only got messenger duties, and I was only assigned to run to remote outposts with no markets whatsoever.
Ok, ok, message received. She could as well have sent a chaperon with me to watch my fingers.
The only goods delivery was a few items of insignificant crap to some backwater station, and I am pretty sure whoever runs the next load of "urgent internal reports" back to Gateway will find a copy of my cargo manifest and some dossiers about groundcrew members among them.
*sigh*. Kindergarten.
Strangely, I was only to land on the dark side of planets, or the backside of outposts today, where I couldn´t even see the lights on approach. What a strange coincidence.
And of course, there was the intercept warning that has become obligatory lately, and of course I was jumped by guys with beefier ships than mine.
Glorious compensations if I could bag them, obviously. I made a point of legging it. I wasn´t looking for excitement, I had a job to do after all. Aren´t we all professionals?
Funny was that FDL in Khernidal. I knew I was being shadowed, so I carefully skirted the corona to pose a heat problem to any pursuer, aligned with the planetary port I was heading to, and floored it. As soon as I left the plasma chaos, the radio message came in that he was gonna get me, but I had a head start. Half way to the planet, I turned the good old "crazy Iwan", and he zipped past on full throttle, obviously confused. I turned back, practically from standstill, and put the pedal to the metal again. He passed another 3 or 4 times, trying to shed all that insane momentum while still keeping energy advantage. When the planet filled my windscreen, I went for a rather suicidal dive, all thrusters blazing. There was a brief interdiction attempt, about 1,5sec, then he broke off, and I saw him whirl away in the slipstream. Hehe." Expert" my backside.  Guess he had to have the frame reworked after that stunt. I landed as if nothing had happened and ordered a hot dog right at the landing pad (partly to have something to hold on to, I confess).
The Alioth Independent´s starports, I have to say, at least had the courtesy to guide me to the "sunny" landing pads 07 and 38. Much appreciated, pals. I notice these things.
I even paid to have my paint reworked on the way back, to make sure I come back home in a neat and speckless ship, and made a show of  aiming for the mailslot from 10ls out, to come in in a straight line, and perform the smoothest possible, obviously manual landing on that dreaded pad 11 I was assigned to. And I had the cargo bay full of useful commodities for station life. Trying to prove something, Ms Martinez? So am I, so am I.
Whether she was pleased, amused or annoyed I can´t tell, I didn´t  go to see her, just signed in and hit the bunk.

P.S.: Nimble suddenly appeard. No explanation, as usual. "Lemme see that computer". The problem is getting really weird now. He was running some diagnostics, and the thing did absolutely fine. We´re both running out of theories here.
Do you like it?
0
Shiny! 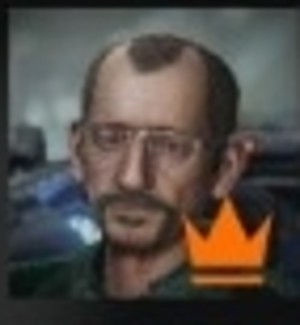