During the evening on the 10th of January 3306, I've heard the news that the Thargoids attacked Copernicus Observatory at the Asterope system and damaged it. Internal fires spread around the station, causing massive damage. Internal dock destroyed with very little chance to dock.

Many rescue ships went to help the efforts of helping the survivors. I've heard that a lot of damage was done and soon enough I have decided to refit a ship and head to that direction. I wanted to help as much as possible.

So I have decided to use my T9-Heavy, named Krali Marko. I went to Dillon Hub and refit the ship with enough passenger space to help the people, who are seeking refuge. 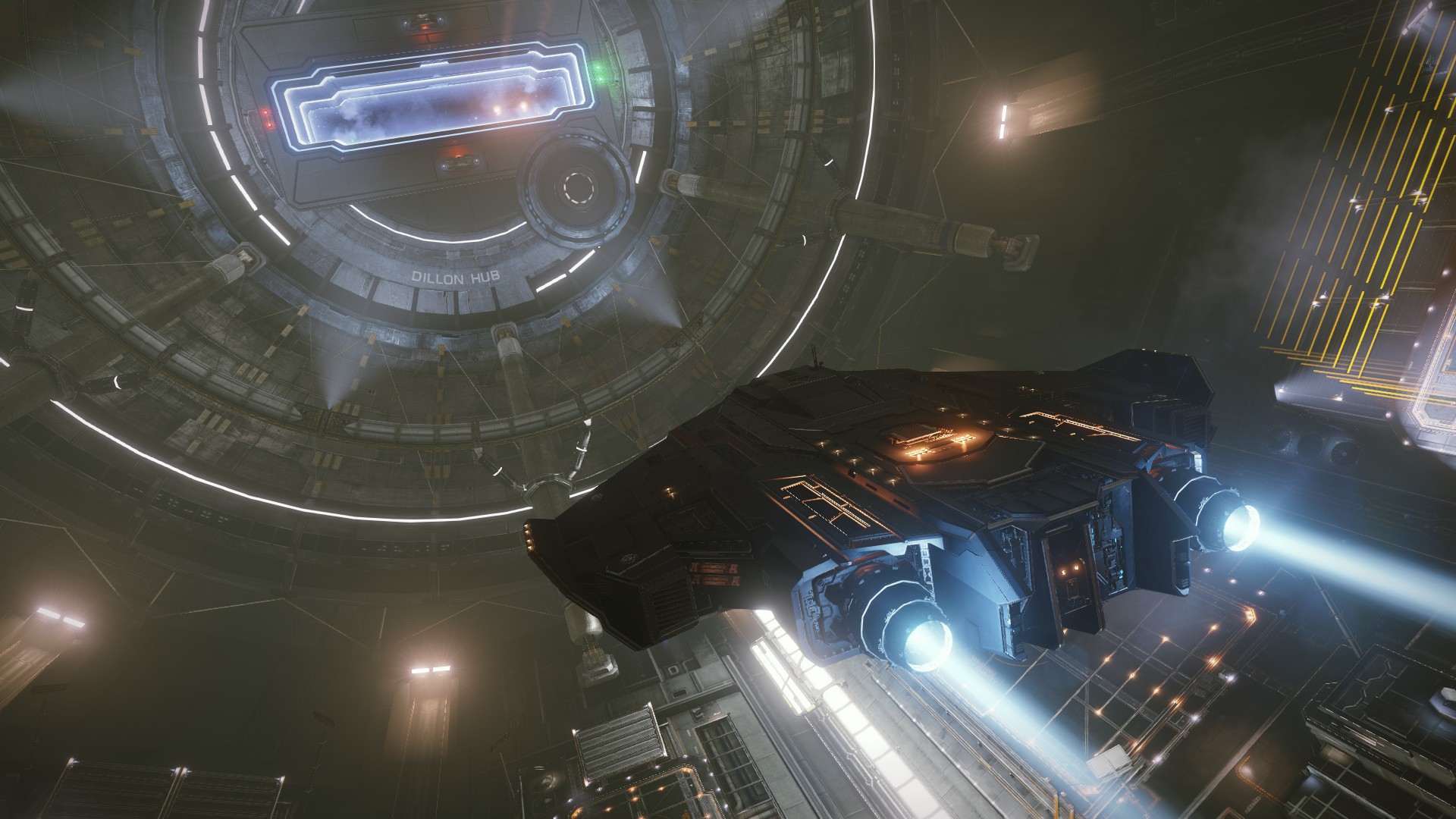 After some jumps later I have arrived at the Observatory. I saw many other rescue ships, doing their best to get survivors. 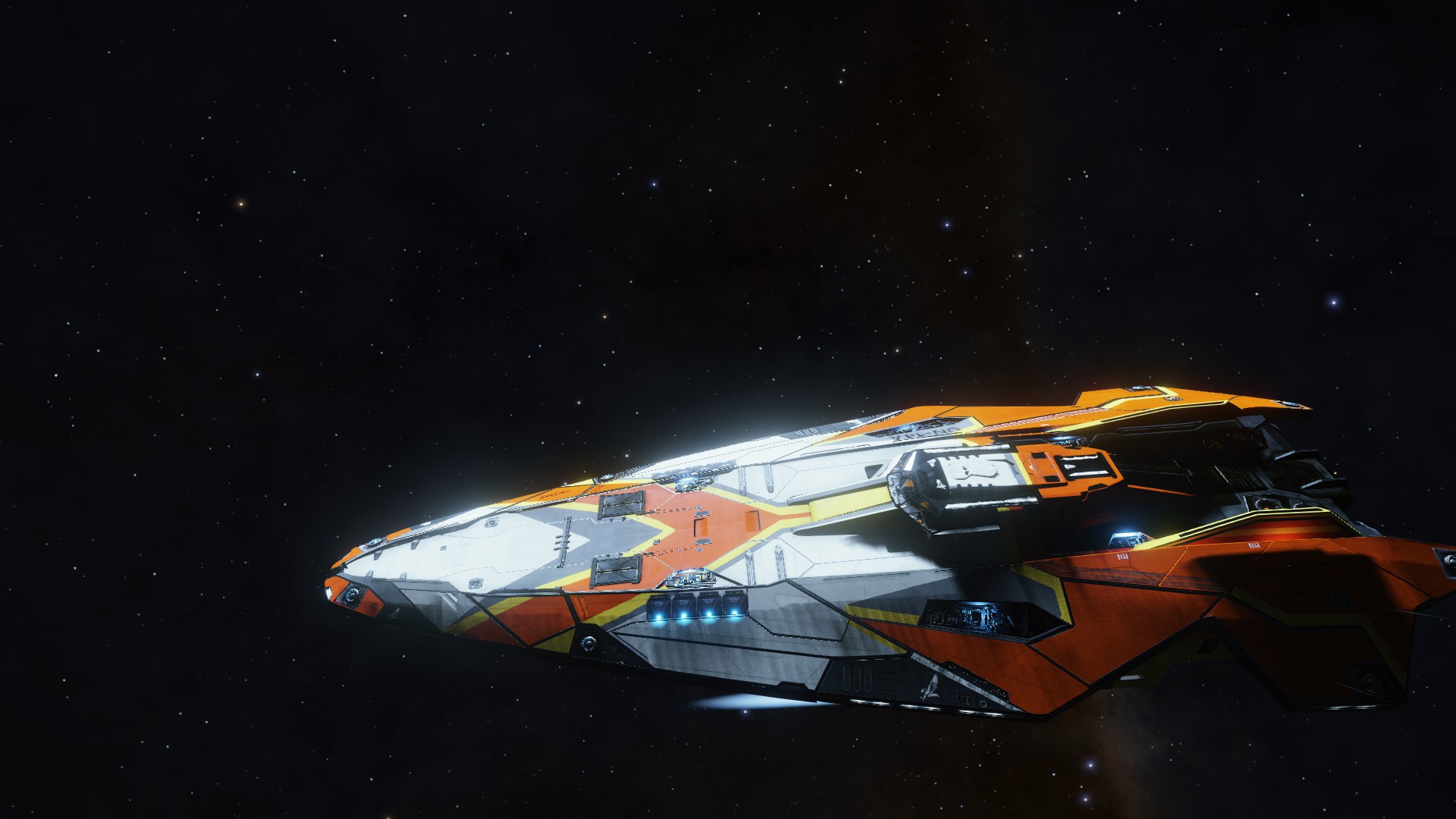 The station operator immediately contacted me with an S.O.S. message. The station outside wasn't burning, maybe because the people managed to extinguish most of the fires. However, when I approached the entrance, the ship navigator warned me that the temperature inside the docking area is very hot. So hot that the ship would melt in a matter of minutes if I stay there.

Because of the emergency protocol, the autodocking computer wasn't working. I wasn't much experience pilot with the T9, but I had no problems with flaying this big brick inside and outside the station. 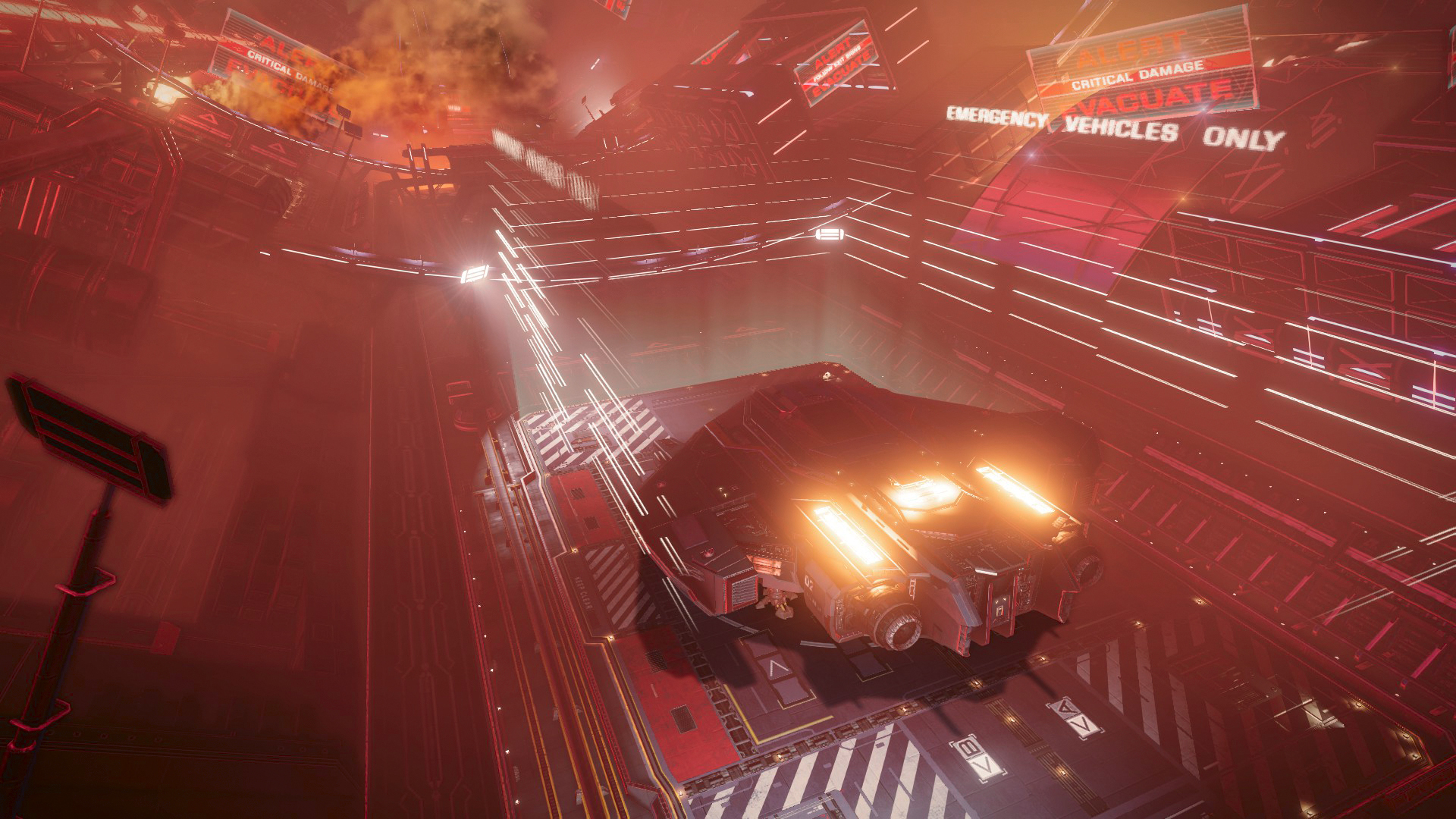 After I landed on pad 17, the emergency protocol immediately moved my ship in the hangar so it protects me from the heat. 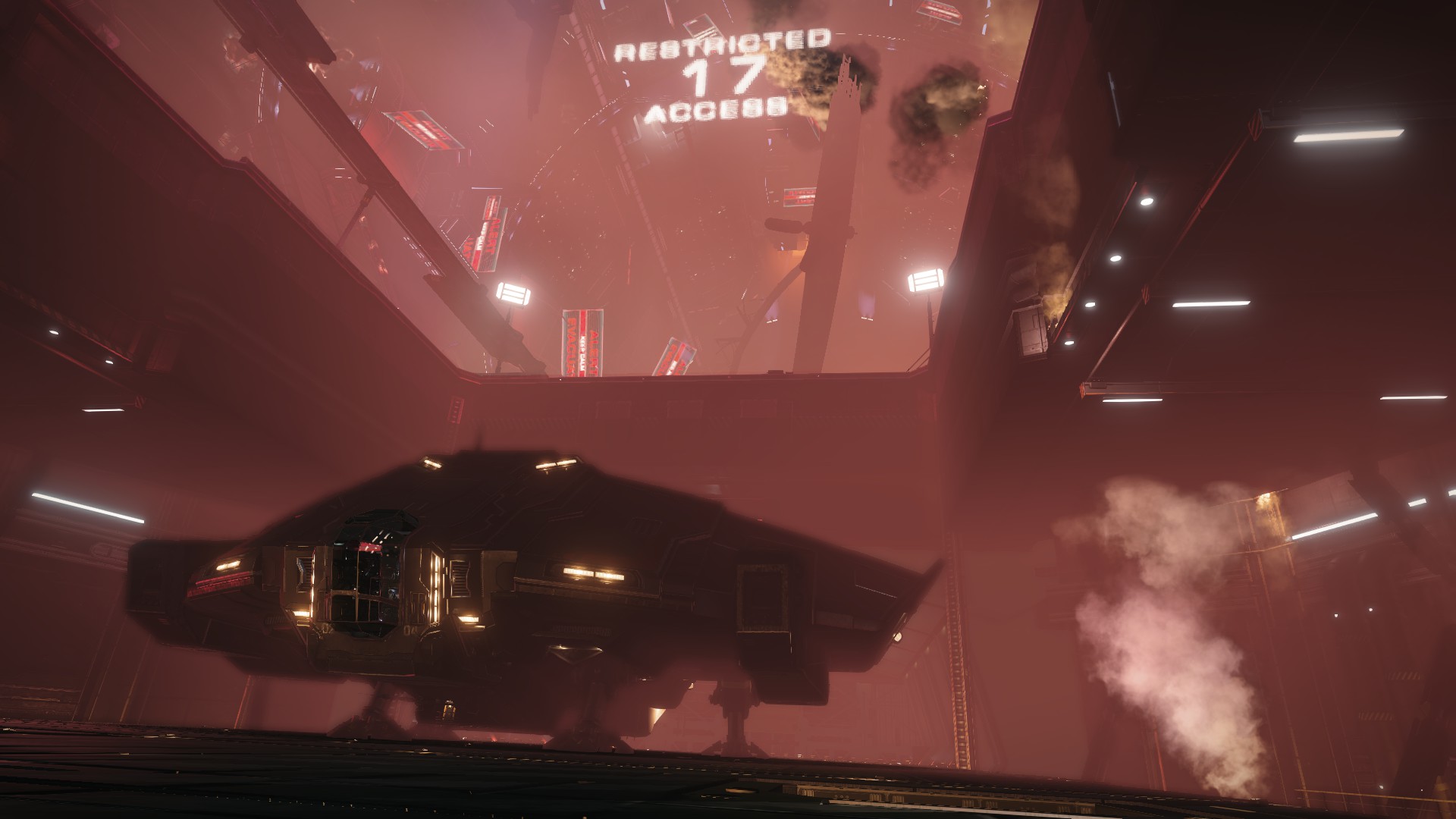 Red Alert sirens with signs were everywhere. The damages were extreme and the station still needed a lot of work to be repaired and first of all, all fires inside the station to be put-off. 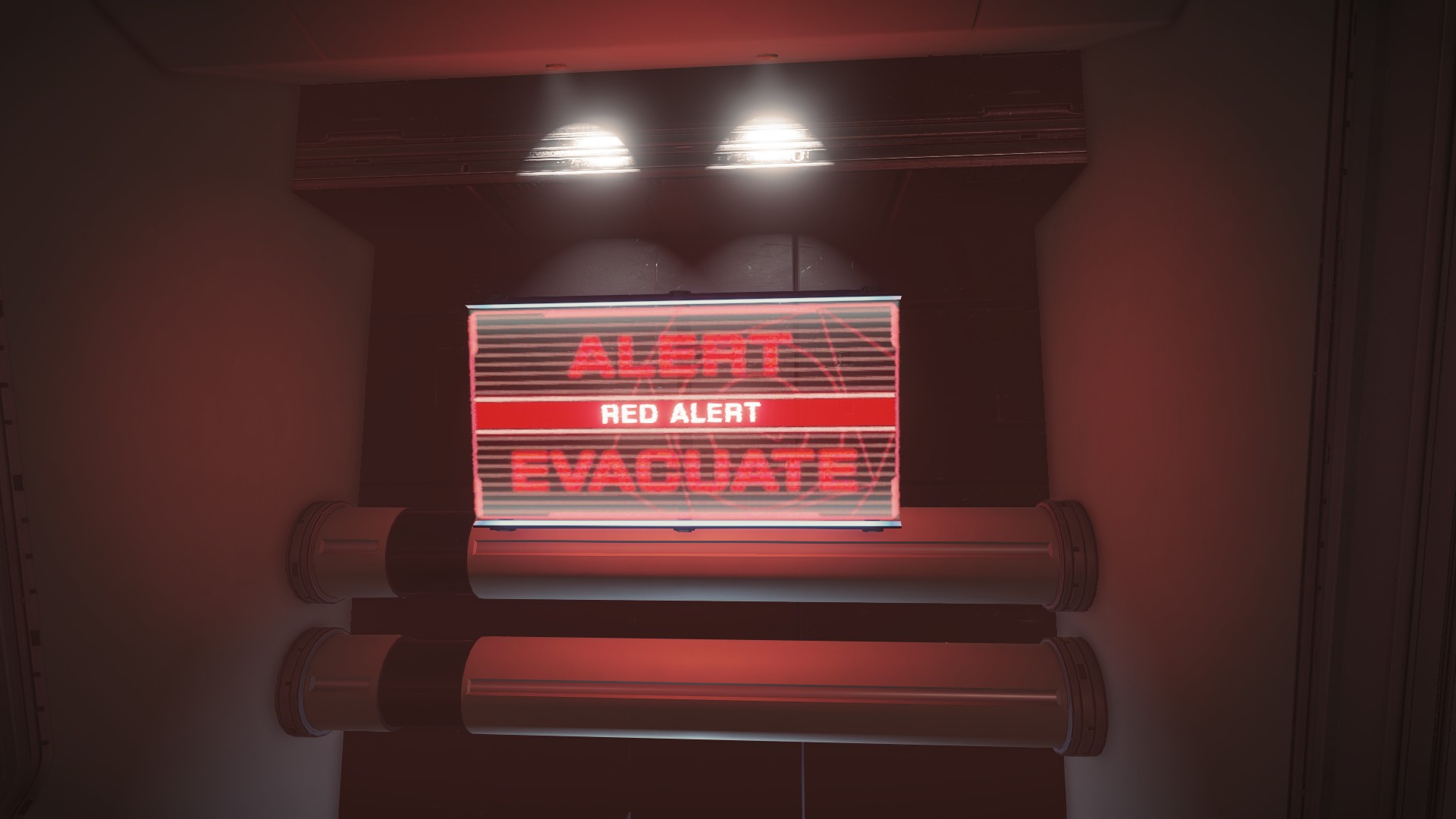 Many survivors rushed to the ship in lines. There was a silent panic among the civilians and the few guards left were doing their best to keep the order. After the doors were closed, I had a green light to take off. The hangar door opened and the pad ascended. Thrusters on full power to the exit. The heat sink was deployed to keep my sheep systems and hull cool enough, so they don't melt too much. After brief moment we were outside and I could feel how scary the refugees are. 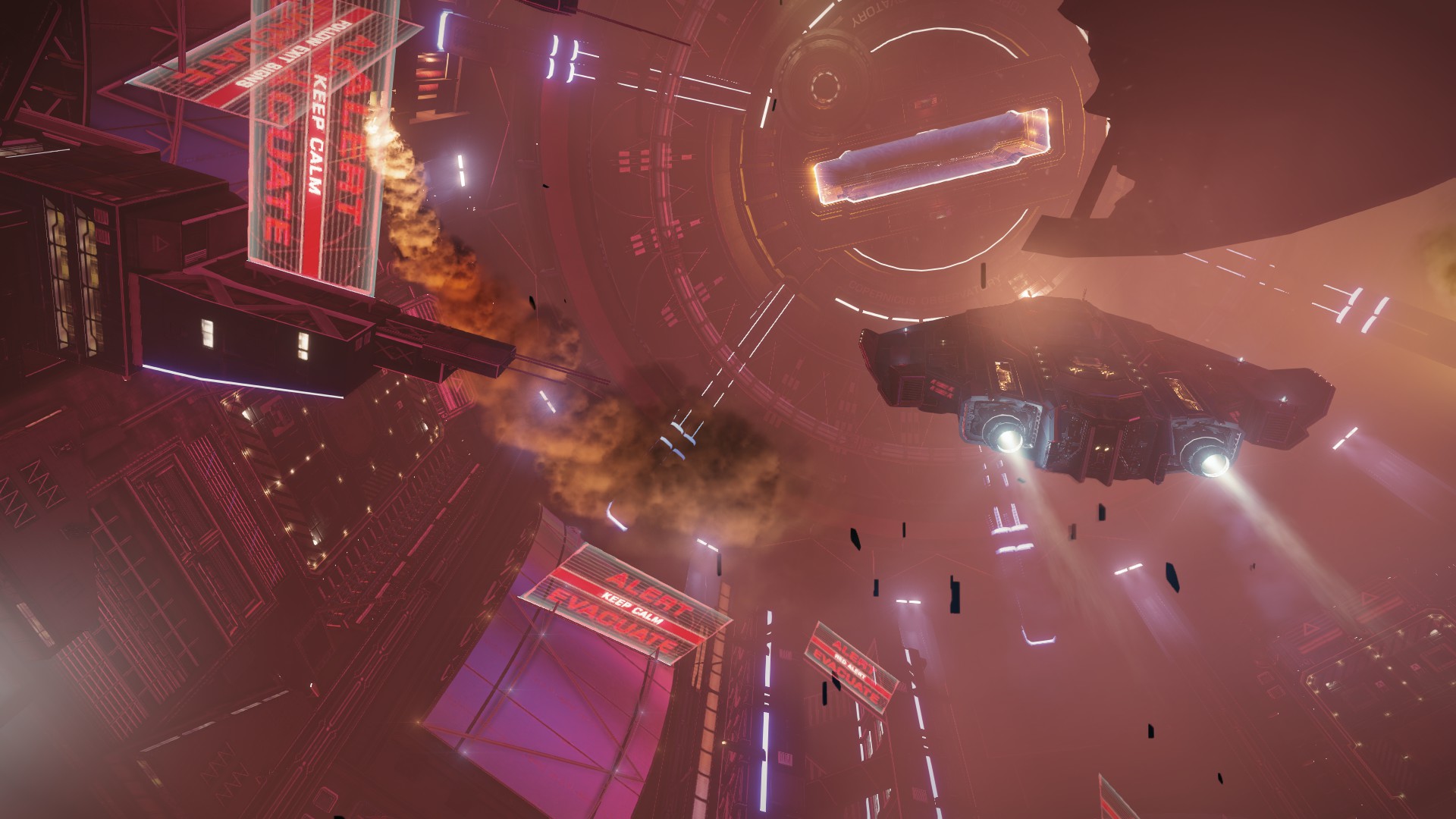 The rescue ship was very close and the trip took only few moments.

After I landed and all survivors went outside I told the supporting personnel to repair my ship from damages from the heat, rearm me with a heat sink and then I went off again for the next mission to get more people from there. This repeated a dozen times. For three days I was making runs and in the end, I managed to save thousands! It doesn't matter! Of course, the authorities were generous enough to give me some Credits for the efforts.

After this, I went to visit the bar at Reed's rest station. 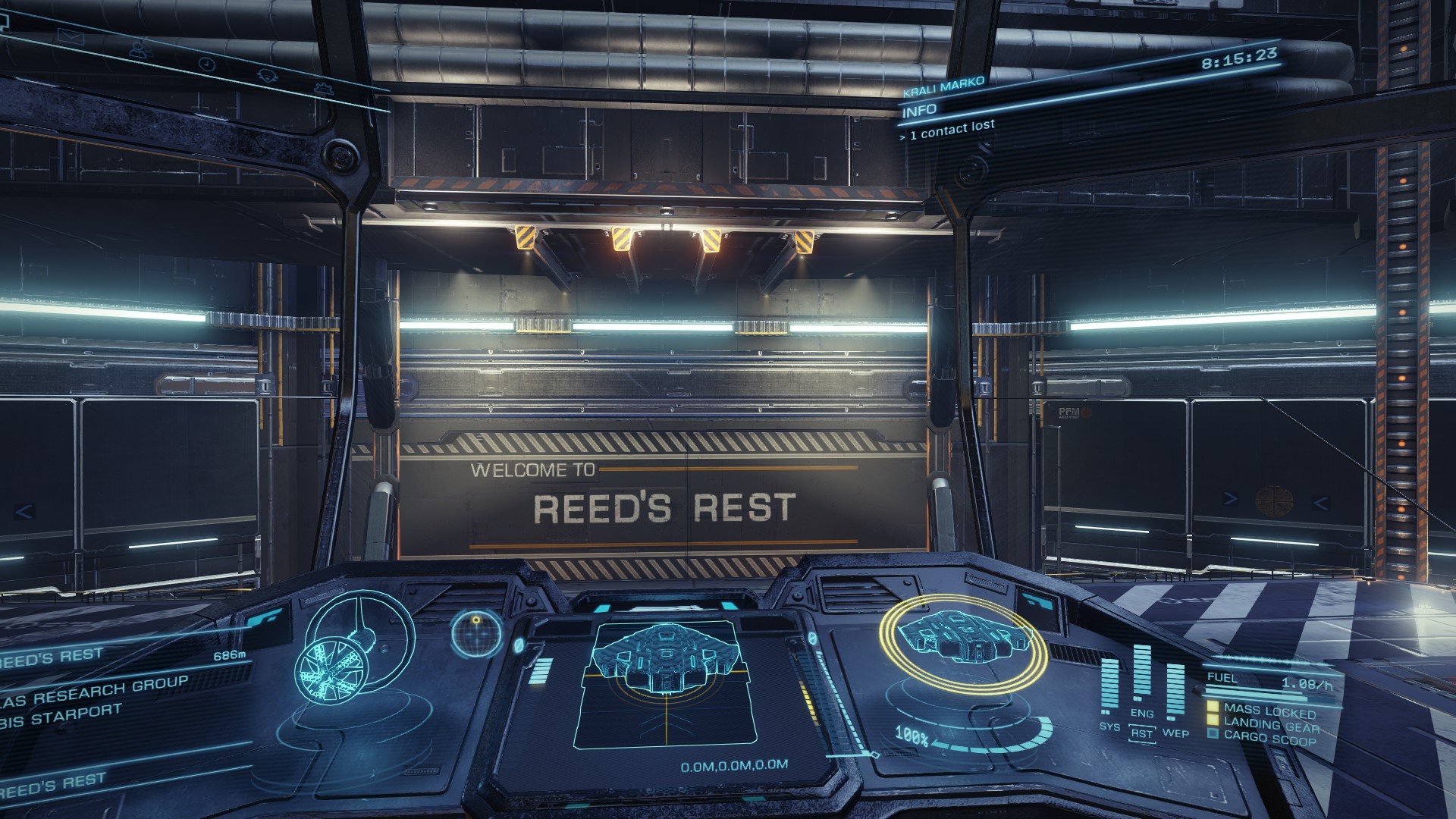 I reequipped my ship for the trip back to the Bubble. When I was ready to launch, I saw the board sign "Defend Humanity". Defend it, but from whom? Are the Thargoids our real enemy or our real enemy is us? 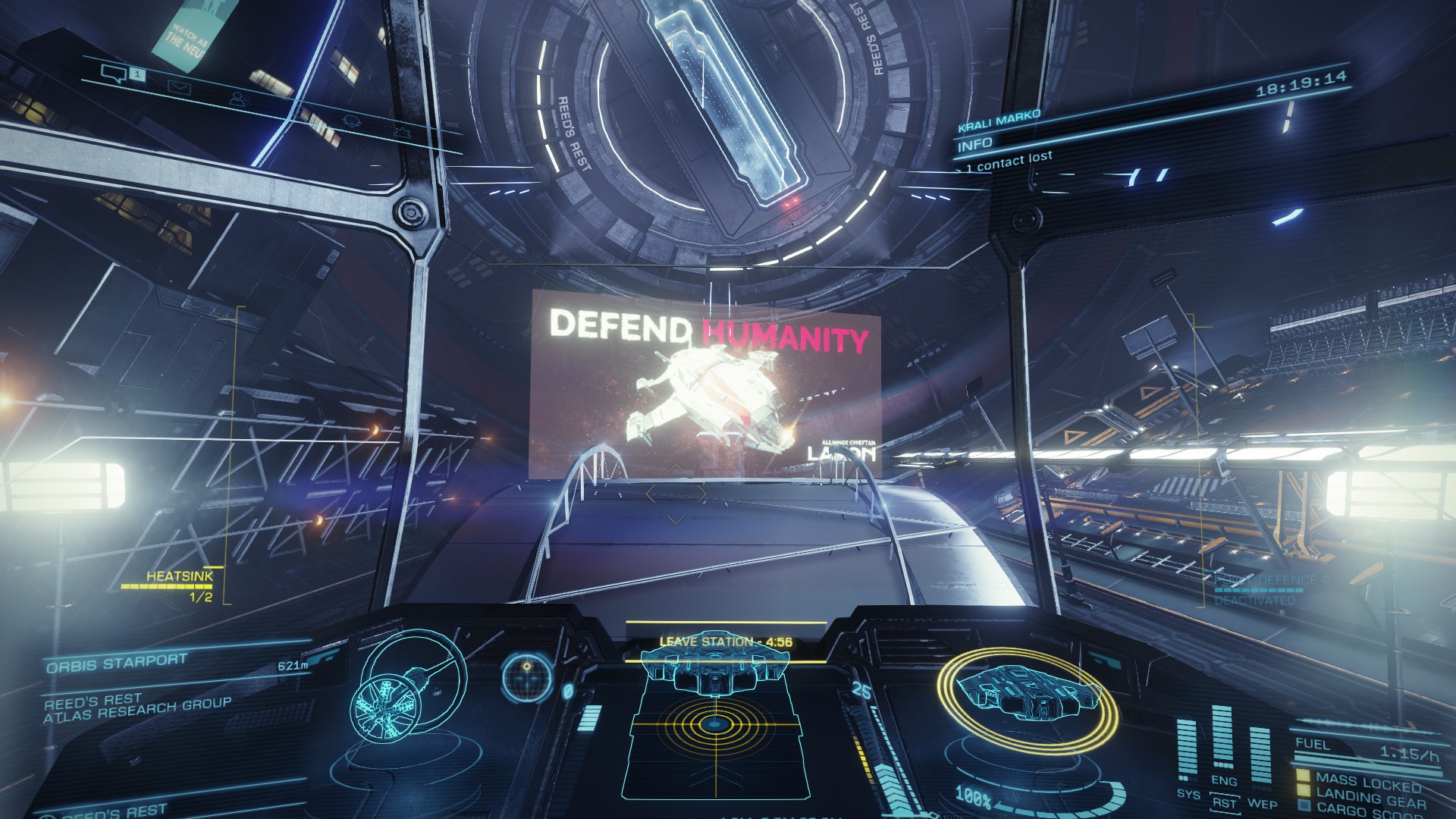 I have many questions and I am looking for answers. I continue to seek knowledge outhere somewhere. 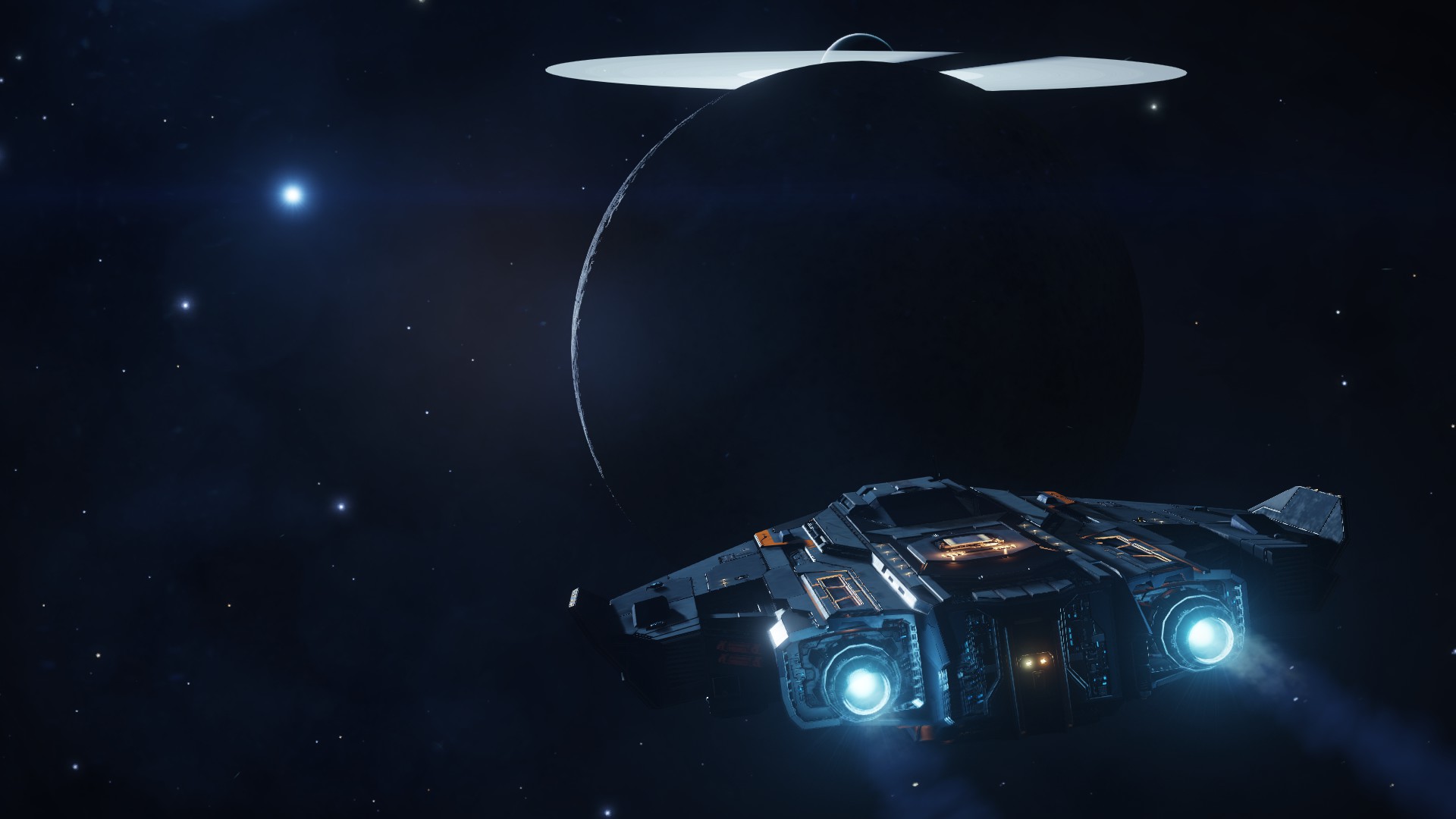