After the battle of L 12-19 ended a wave of pirate attacks engulfed the system, no doubt taking advantage of the many security ships destroyed in the fighting. Even with a much reduced fleet many of the civilian ships were able to travel the void in safely. The only exception were the remnants of the Aisling's Angels. The organization has largely abandoned the system after their defeat and without escorts the civilian ships were pirated relentlessly.

Soon afterwards a new battle erupted in L 12-19, this time between pirate and bounty hunter. I found myself being drawn more and more into combat. I tracked down the pirates that preyed on the people I've been trying to protect while continuing my hunt for the Angels. For days I attacked criminal and civilian alike, but to those native to the system I was hailed as a hero for they too shunned the Angels.

The fighting finally seems to be at an end and some stability has returned to the system. I've heard rumors that the Angels are focusing their efforts on encroaching into a new system. I must leave L 12-19 for now to stop them from expanding further, but instead of a soldier I will have to become the pirate that I fought so hard against.
Do you like it?
2
Shiny! 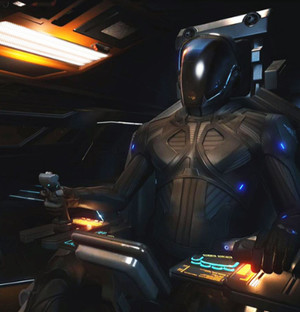