All my objectives in Colonia are complete. I best open the Nav Panel and plot a route home using the neutron superhighway and get back to the next gold rush. That’s the bubble way of thinking, Colonia isn’t in a rush to get it done because it’ll be finished weather or not you hurry, so just relax.  If I had pressed my time and got on with visiting the experts I wanted to get to know here I could have been done and away in a day, two at the most, but I would have missed the very thing that makes Colonia so different to the bubble. 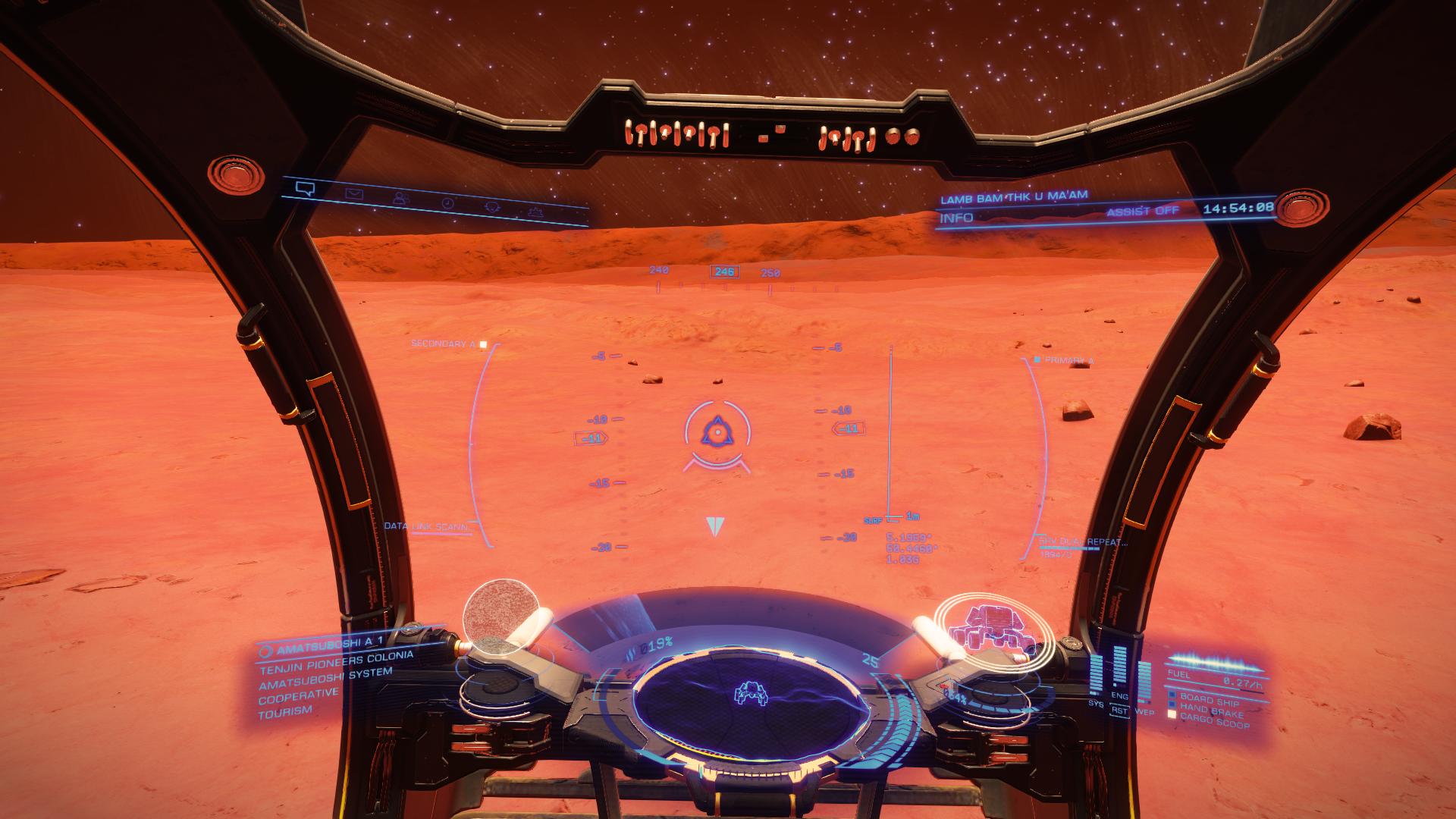 You know when you've been tangoed

Last night (Friday) I got round to mining up the ten units of Osmium Marsha Hicks wanted. It was a little tricky to find now I wanted the stuff. Plenty turned up when I was mining for something else, but I just couldn’t remember what that was. Eventually I dipped into a Rhodplumsite rich patch in a metallic heavy ring a short jump away from Marsha’s home system, and I found what I was looking for. I got to say, I don’t know what I did to my Type 9, but it can’t take a bump. It’s as fragile as my old BDX. I’ll have to have a look at improving its toughness at some point. 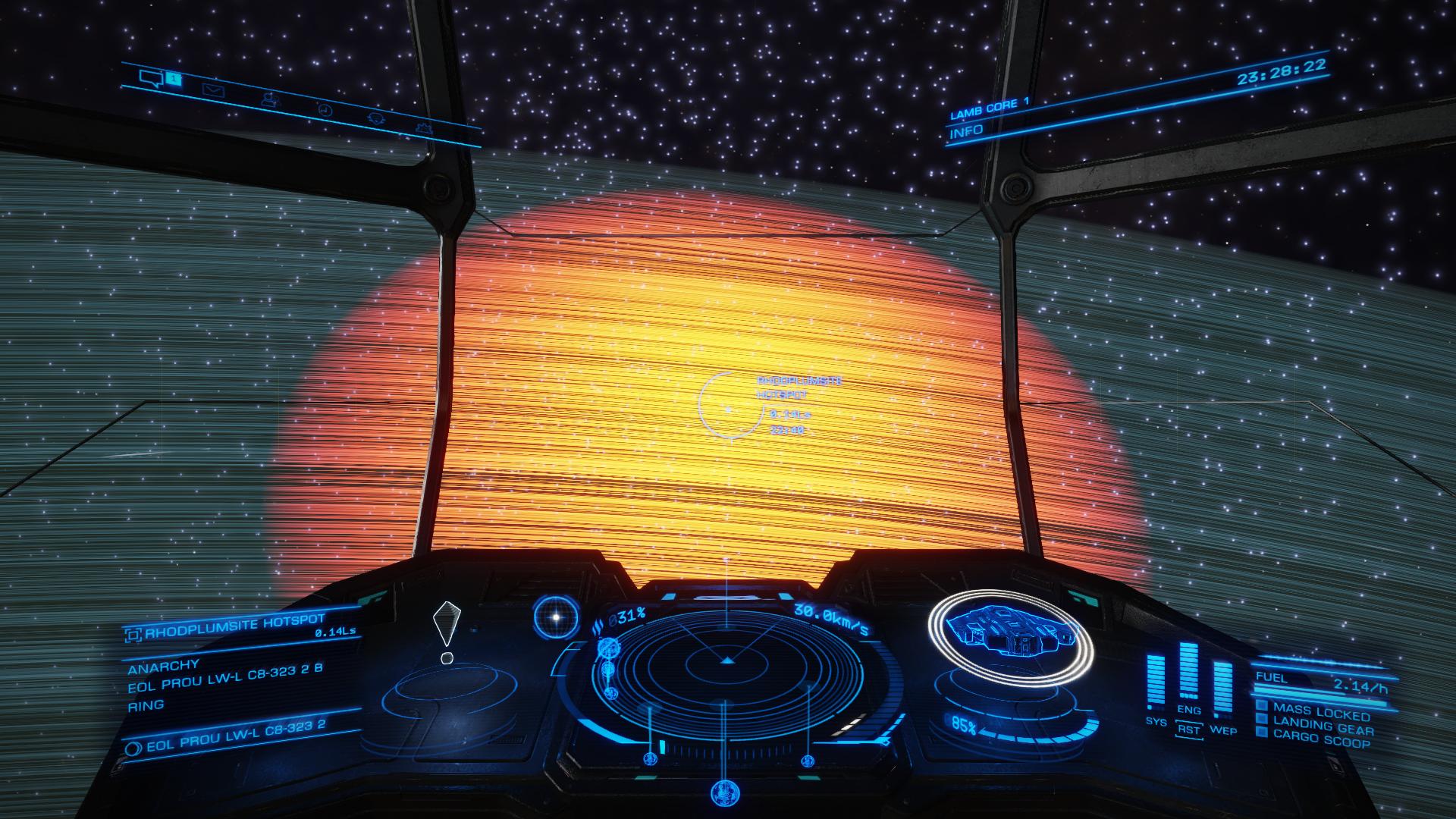 Look at the location panel if your also stuck on where to find the Osmium you'll need for Marsa Hicks.

Anyway, I popped over to The Watchtower in Tir and dropped off the Osmium, then I popped off to go get the Lamb Bam Thk U Ma’am. I still don’t get on with a Seeker Missile loadout, so I wanted to try a Shot Gun To The Face build. It’s a bit risky because it relies on my ship taking a beating while I joust with my opponent. The idea is one strips away the shields with the Beam Lasers, and then when the target is nice and close, let ‘um have it with every barrel of the fixed Frag Cannons. I also put a caustic Multi-cannon on there to help weaken the armour of my target. 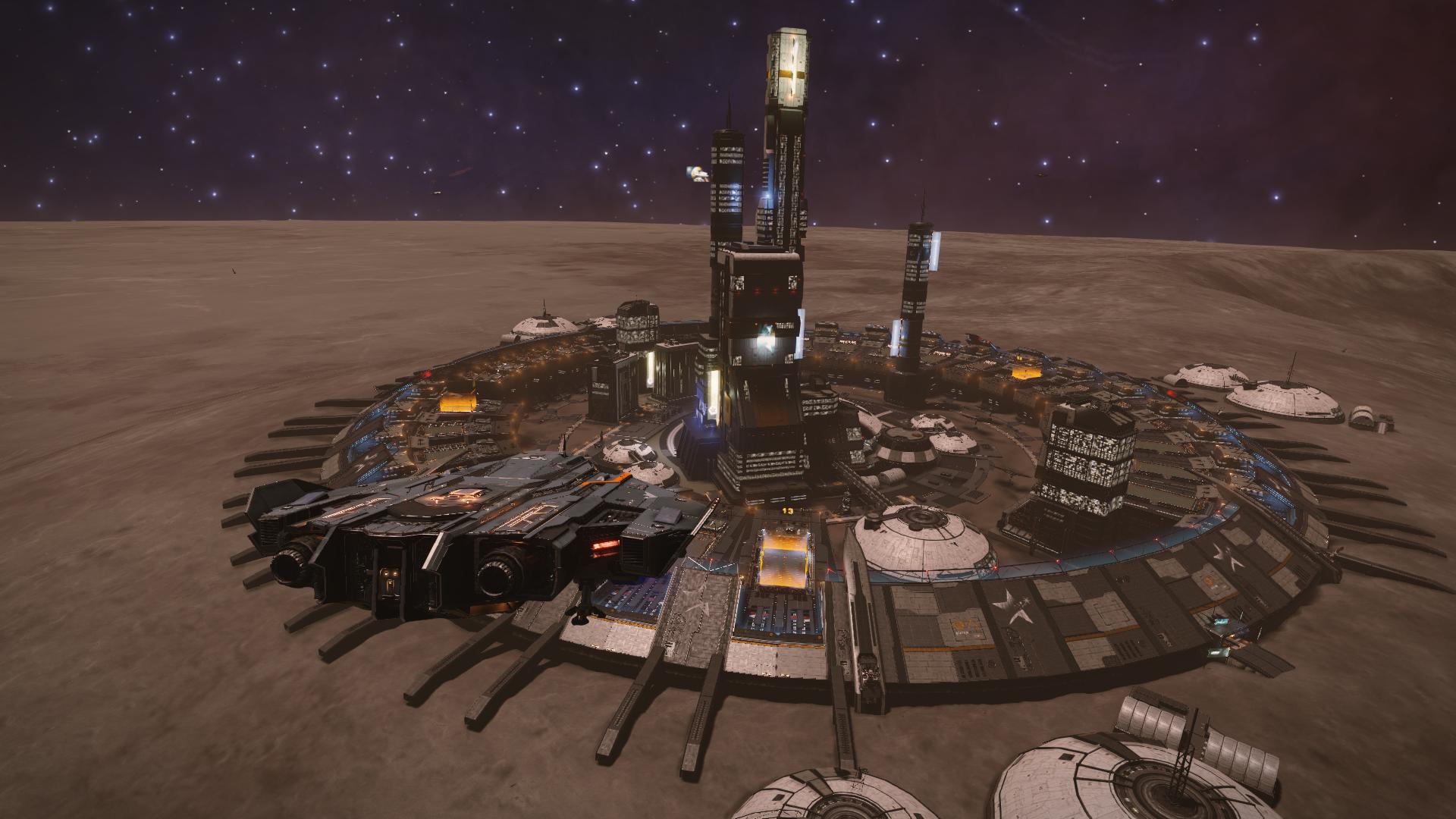 The Watchtower.. .. the same as the other workshops here in Colonia.

I can’t say it’s the best loadout I’ve got, but it was a lot of fun compared to the Missile Boat loadout I have been protecting myself with here. As I said, I’ve done everything I came here to do. In fact, I had that done the very day after I arrived. All I wanted was grade Five Life support lighting and that was only worth about 0.35 light-year increase in The Reach’s jump range. I’m very glad I chose to stay longer and to get to experience the attitude of Colonia.

I have an opinion to express on operating out here, but I have two more interviews with local Commanders. I’ll save my summery until the people that really know this place have imparted their more in-depth perspective. For now all I’ll say is Colonia is worth the trip and well worth staying a while.
Do you like it?
9
Shiny!