CMDR’s log Northwest Passage, UR-18K
I haven’t made a log in a while, been trying to find a new purpose since making Rear Admiral and Explorer Elite. Came back to the bubble after Ceos and played around Jofnour. Picked up a Fighter bay and Pilot there, she seems to be pretty good. All I can say is when pirates pull me out of supper cruise, they don’t stick around when I drop the fighter and deploy the weapons. Guess it’s a little too much work for them. I had some reservations sharing my ship and all but things seem to be working out well. To be honest I should have done this a long time ago. Would have given me someone to talk to while exploring things.
Had to sell my Corvette, for the CR’s. That’s OK my Krait is fun to fly any way. I figure one day I’ll buy another just have to figure out what I need it for and build accordingly. So bought a new DBX just for quick jump arounds and material hunting. Fits into small tight places better than the Passage. Painted her old Earth taxi yellow. Like I said she’s just for quick tight place jonnies.
I found my way to the Arexe System. Found a great bunch guy’s there that call them selves Silverbacks. So, I and my Pilot joined the squadron. It’s been great to have common purpose again.
As everyone knows the Thargoids came back. The Silverbacks took volunteers to go to the Pleiades Sector. Well, fixed up the Northwest Passage with AX weapons, Class 4 engineering on jump drives, as much armor as possible and we went.
I’d like to say all was easy, but no it isn’t. I almost lost my ship in the first Scout encounter. Didn’t realize the goids could eat your hull after they were dispatched. Well lesson learned. Made some mods and off we go again.
Last night met up with some of the squadron out hear. Took out 5 or 6 large class 5 Thargoids. Again, there’s a learning curve to all this. The mods from my first encounter have paid off thought. I don’t think Aubriella like’s dealing with the Thargoids very well, she rather take on pirates. But She hasn’t openly said anything, maybe she’s just trying to get over the learning curve with these things same as I am.
All in all, I think 3306 will be very interesting, well definitely not boring.
Ursherak, o7
Do you like it?
5
Shiny! 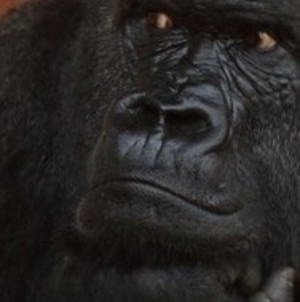