The good old Diamondback Explorer, one of my favourite ships! Things have been getting a bit `heavy` recently, so I took a little trip out in the Rock Lobster to collect a few high grade materials while things cool down and to give myself some much needed thinking time. Half an hour jumping out in this little ship got me well over 1000Ly away, to a slightly quieter and more isolated part of the spiral arm. A chance to decompress and do a little `basket weaving`. A tip off from another commander led me to this nice little system where there were plenty of rich biological sites and crystalline structures.

The DBX is great. Its fairly small, so easy to fly and can land on small pads or difficult terrain. Also, its inexpensive, it can be bought over to a station at a reasonable cost. Its got a fantastic jump range for getting about. No so good for combat or hauling large quantities of cargo though – at least not with the Rock Lobster set up. 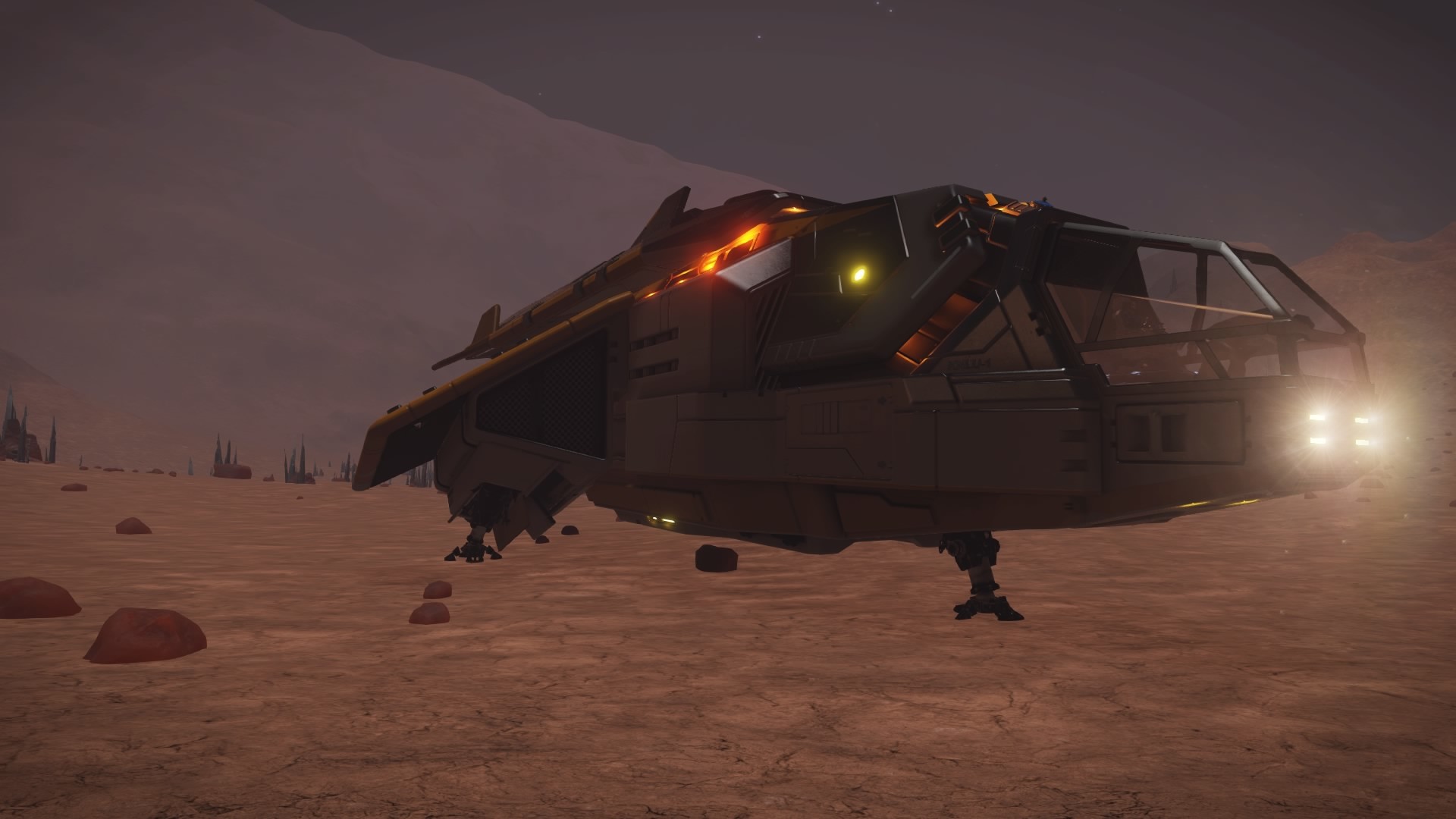 A couple of days later and I’m back on the edge of the bubble, swapping into the Clipper. Things are once again not so simple and straightforward. My recent (shady) data acquisition activities, along with my 50k+ bounty have not gone un-noticed. I’m scouring high grade emission signal sources for materials, but I’m being followed by bounty hunters. The Clipper is a half decent combat ship, but I’m still having trouble getting the power plant to cope with the demands of all the modules, juggling module priorities and so on.

I decide to re-locate into Empire space and sign up with a power faction for the first time in my career. Not a move I would expect to take, but the incentive is some rather nice looking prismatic shields - if I stick it out for four weeks and deliver some leaflets. My thinking is that I would also get a little more `protection` out here from those pesky do-gooders.

I bring the Cutter back into play, The Protagonist. But I have not got on well with this behemoth in battle – too slow to manoeuvre for my liking. She did make an excellent mining ship though. At 23 million (ouch!), it’s a high cost to bring it back in from the Pleiades, but this will save me the time going out to pick it up and in that time earn more credits back through mining. I just hope they look after it and don’t get it stuck in some backwater system somewhere with no fuel. I’ll have to change its name too, to something a little less heroic. It might come back into combat at some point, but its one of those vehicles that I just get to feel right. The size and slow turn of it are the main things, but even smaller things such as the uncomfortable seating, the style of the interior and over-complicated control interface prevent me from bonding with this ship in a way I sometimes do with others. Even the coffee doesn't taste quite right, not a patch on what I get from the DBX. 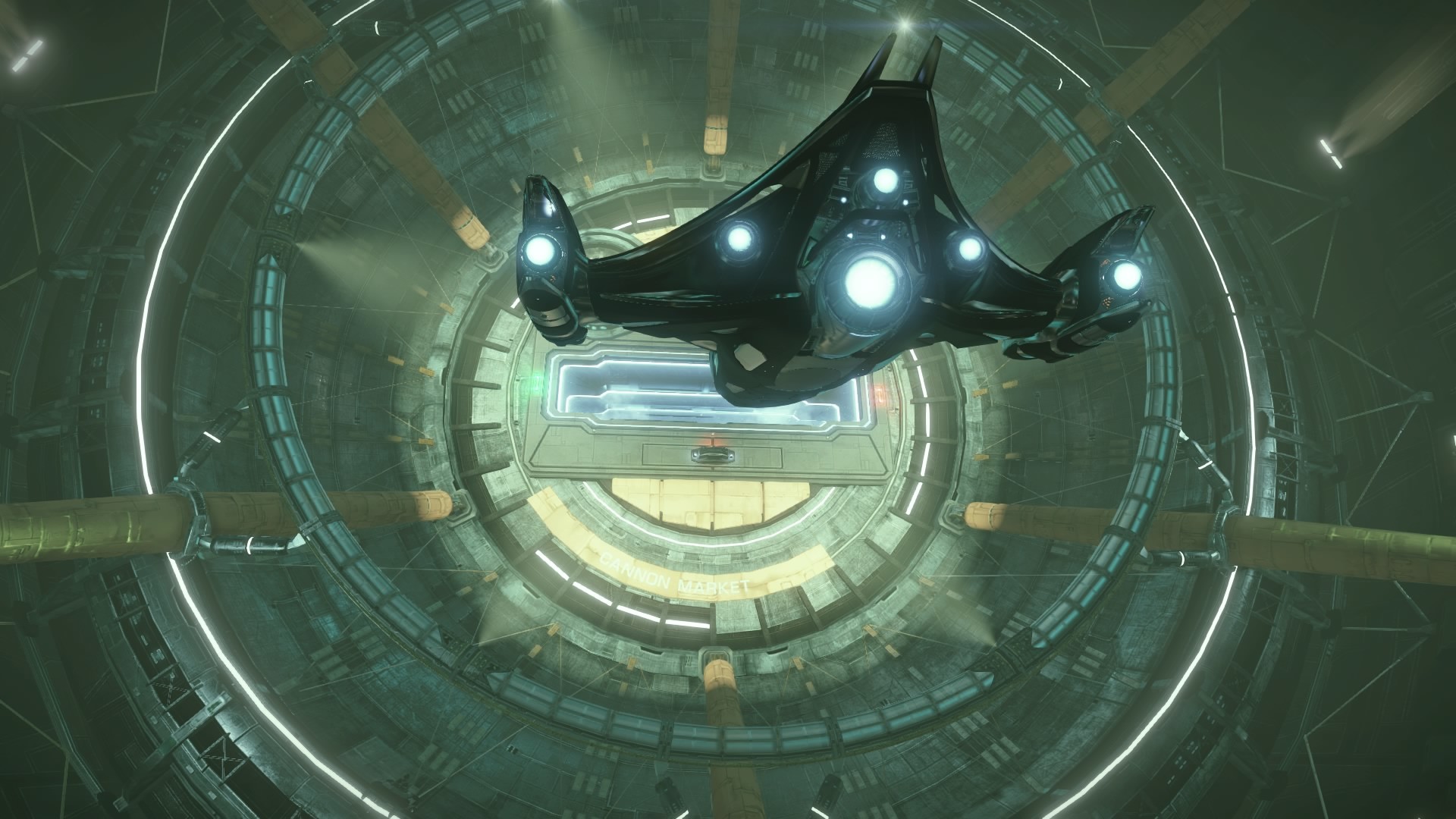 I grab a few `merits` for the glorified paperboy job, then its back to outfitting, where I start converting the Cutter back to a mining ship.

So for the next few weeks I’m collecting materials, doing a little mining, delivering more propaganda (!maybe) and generally trying to stay out of trouble. Then its back to the Pleiades to hook back up with the Anti-Xeno crew for some unfinished business. But the stars are calling me once again, the little excursion in the DBX has whetted my appetite for another big trip out…
Do you like it?
7
Shiny!