Space can be lonely.

Space can be lonely.

I've been in space all of my adult life.  Went to the Naval Service Academy in my teens and then right into the fleet. Started out as a middie on the old battlecruiser BELLERPHON and commissioned as a Second Gunnery Officer aboard the Explorer / Destroyer FEYNMAN.  I had a good career, not as good as some but better then most.  Came to and end when I was assigned as Flag Captain to Admiral  Ron Tracy.  Unfortunately for both of us he was killed in a freak accident while on leave and with his death came the end of my career.  His replacement had his own idea for Flag Captain, rightly so, and with the Fleet on one of its periodic draw downs I was a captain without a ship.  It was either administrative duty in some backwater or retirement.

I hit the beach.

One thing about Navy pay, it might not be alot but with nothing to spend it on it does add up quick!  Not having to pay for things like a place to live, clothes and even food for almost 30 years left me with quite a winfall.  Some wise investment planning by a cabin mate early in my career made it that much better.  It was time to go into business for myself.

I found I liked be an independant trader.  Me and my trusty ASP plied the space ways and I enjoyed my life.  It was lonely at times.  Going from a navy ship with a crew of 1500 to an ASP with a crew of one is a change.  But I found I liked it.  It gave me time to read, take some courses and most importantly do what I wanted, how I wanted and where I wanted.  I was responsible for me and me alone.  Ports were frequent stops and many of them came to be frequent and I came to be a regular at many a water hole throughout the quadrant.  Occaisionally I'd take a passenger aboard and when I'd had enough they would move on.

Eventually the Pilot's Federation decided I'd accomplished enough that they bestowed the Elite title on me.  A nice accolade, one that I was proud to bear.  I hadn't thought about it much before but I was also getting close to Elite status as an Explorer.  I'd never really made much attention to exploration, let the computer handle most of that type of thing,  But hell why not?  A man's got to have a goal!

So I loaded myself up with probes and headed out in the dark.

It surprising how a small change of routine and can have such an effect.  Sure it was almost fun firing off those survey probes but it got old fast.  It was borderline depressing knowing I'll be out here for weeks, slowly plodding along from planet to planet and the only interesting thing is playing a game with myself to see if I can use the least amount of probes necessary.

No ports of call, no waterholes, not even any conversations with fellow traders over the comm.  At this point I'd welcome a pirate or two,

Is being an Elite Explorer really worth it?
Do you like it?
6
Shiny! 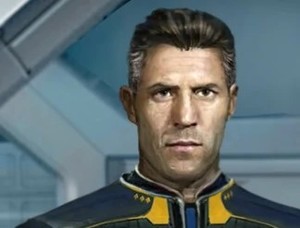