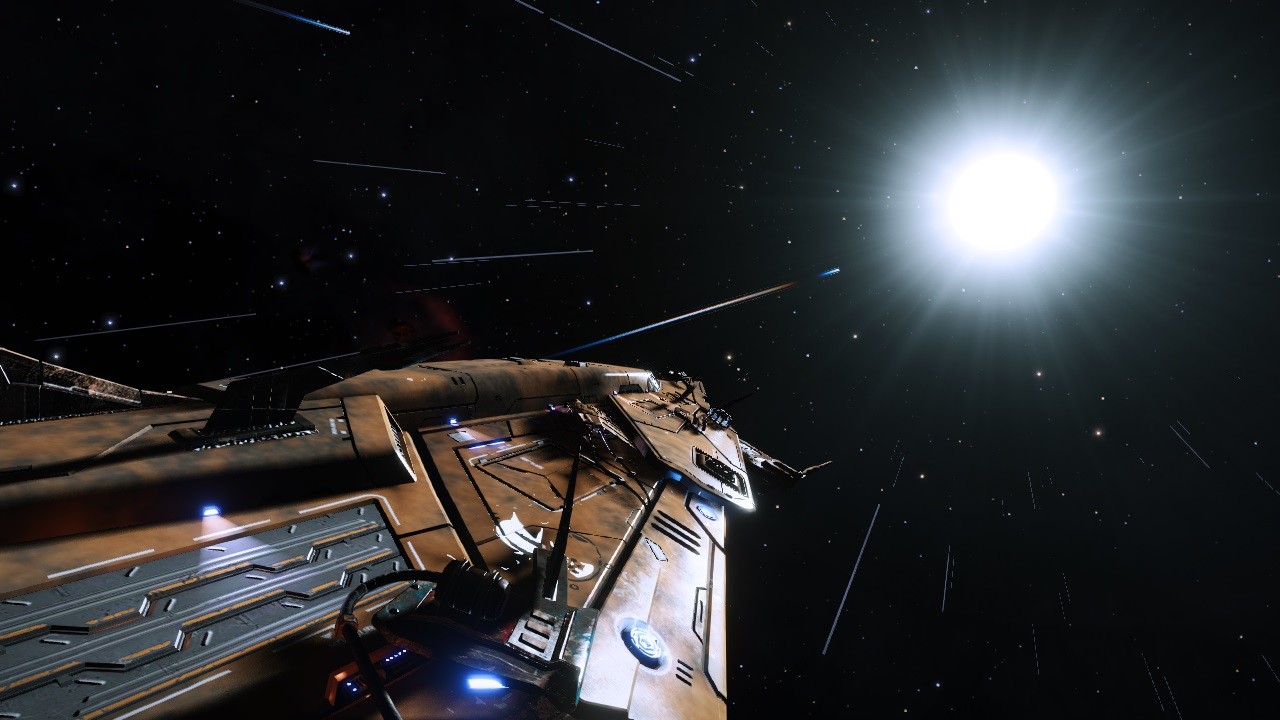 The Scourge flying towards Alioth A

Against all odds, the mission to rescue the Sunflex pilots from slavery went good, so far. Alas they will not be returning to Nauni, the pirates of the Black Gang warned me about that. It could be dangerous for them and there is a chance that the Gold General Partners may retaliate. Besides, after tasting slavery, they were not in a very good shape to fight any time soon. So we had to improvise another solution. 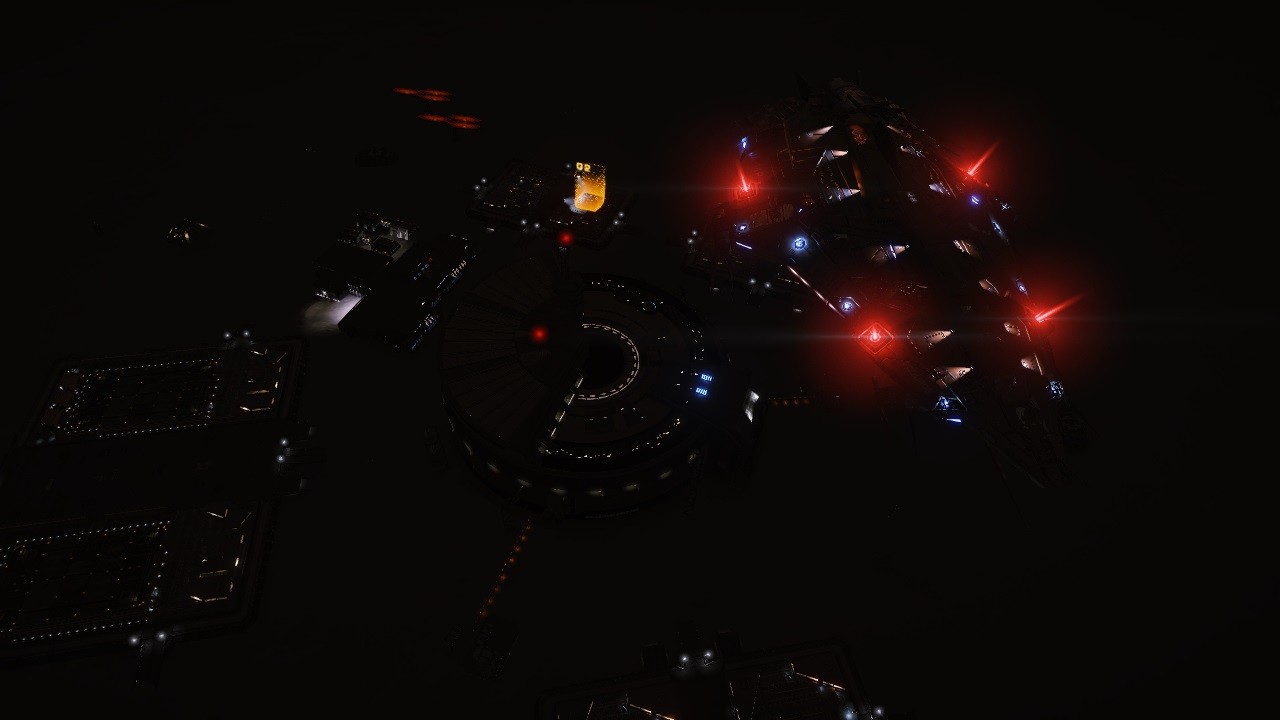 The Scourge landing at Hume Lab in Ongkama

Flying a ship like the Scourge with a cargo hold full of cages and people in rags into a decent system with high security does not seem highly recommended. And some of the Sunflex pilots were in urgent need of medical attention, so I needed to find a not so decent system to land and get some help. That is how I found the system Ongkama. It was near, right in the fringe of the Empire. A terraforming market economy with some military presence and less than four hundred thousand people living there. All kinds of slavery were legal. And there is a small planetary outpost, Hume Lab, that is controlled by the Jet Syndicate. The kind of place where unethical experiments with humans are conducted, but also the kind of place where to get a doctor that does not ask questions. 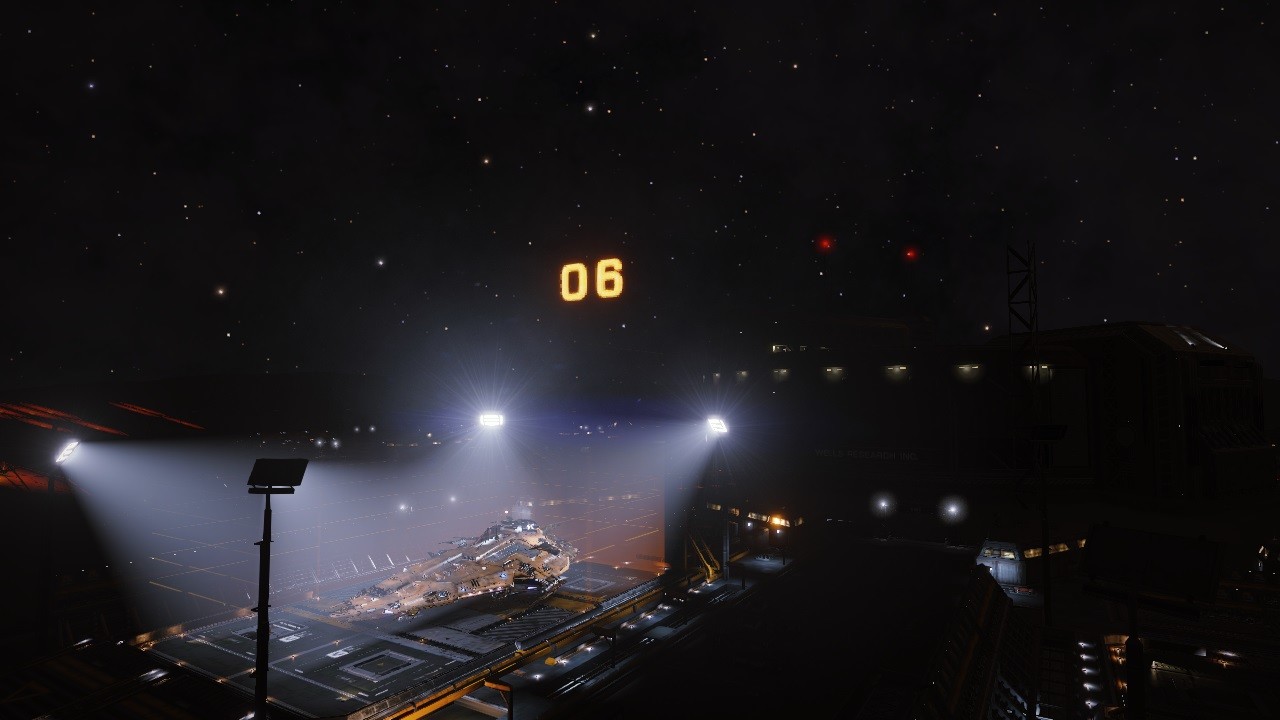 Hume Lab represents one of the darkest aspects of slavery, besides hard labour. The outpost pretends to be a legitimate research facility, but it is controlled by the mafia, and they have a slave market. I cannot imagine what kind of work is done in those labs. The place is in permanent darkness and the main bunker looks more a prison than a medical facility. Two huge Goliath skimmers patrol the outskirts.

I understand there are different types of slaves. The Empire presents slavery as a voluntarily contract of servitude. Basic human rights are guaranteed. An honourable way of avoiding the shame of incurring in debt, their leaders proclaim. Well, that may be true in the fancy systems like Achenar or Synteini. Here, in a terraforming economy on the fringe of civilized space, imperial slavery may be the only chance the local citizens have to leave this hellish place. Life can be incredibly harsh in a terraforming system. I have checked it, there are two orbit outpost in the system plus a big planetary port. All controlled by imperial loyalist. All of them selling imperial slaves by the hundreds. And also paying a blind eye to the other kind of slave market at Hume Lab. I guess that, from time to time, some imperial slaves are misplaced on those markets and end in a dark laboratory instead of the state of fancy imperial patron. They claim to follow the model of the ancient Roman Empire. Well, I like to read history, it is true that some slaves at service of important rulers became very powerful in the ancient Rome, that some of them were well treated, even freed, there were some revolts though, like happened in Chione some years ago, but mostly there was despair, pain and death. And the Ongkama system is clearly a place of despair. I went into the market and payed a doctor to came to the Scourge and attend the Sunflex ill pilots. He did not hesitate a second about my looks, the appearance of the ship, nor the state of its passengers. He just did his job, took the credits and left. 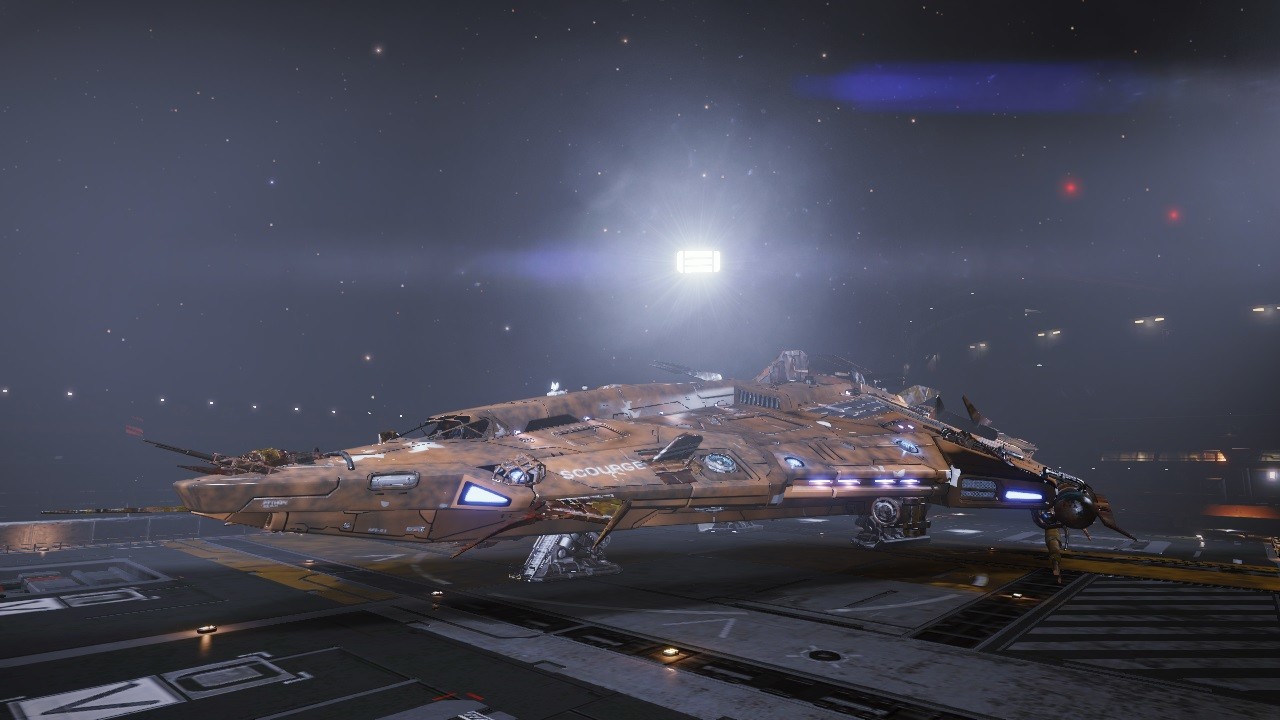 The Scourge at Hume Lab (Ongkama)

I talked with the Sunflex pilots once they were feeling safe and better. They agreed not to come back to Nauni. But what to do with them? The Alliance Elite Diplomatic Corps had the solution. Political Asylum was quickly discarded, we did not want to attract undesirable attention, given the way I had conducted the mission and, besides, cover operations has always been the way of the Alliance. So, we came up with a plan to hide the Sunflex people into different systems in the fringe of Alliance space. They would have to split, and they will be given new identities and will be relocated within different Alliance factions like the Sap Core Legion or the Allied Order of Exemplars. The whole operation would be coordinated by Aide Marin Mason, from the Alioth Independents. The only problem is that I needed to get to system Alioth, where the capital of the Alliance is and, with ship like the Scourge full of refugees, it was not going to be easy. After all, it seemed that I was going to smuggle some slaves into Alliance territory. 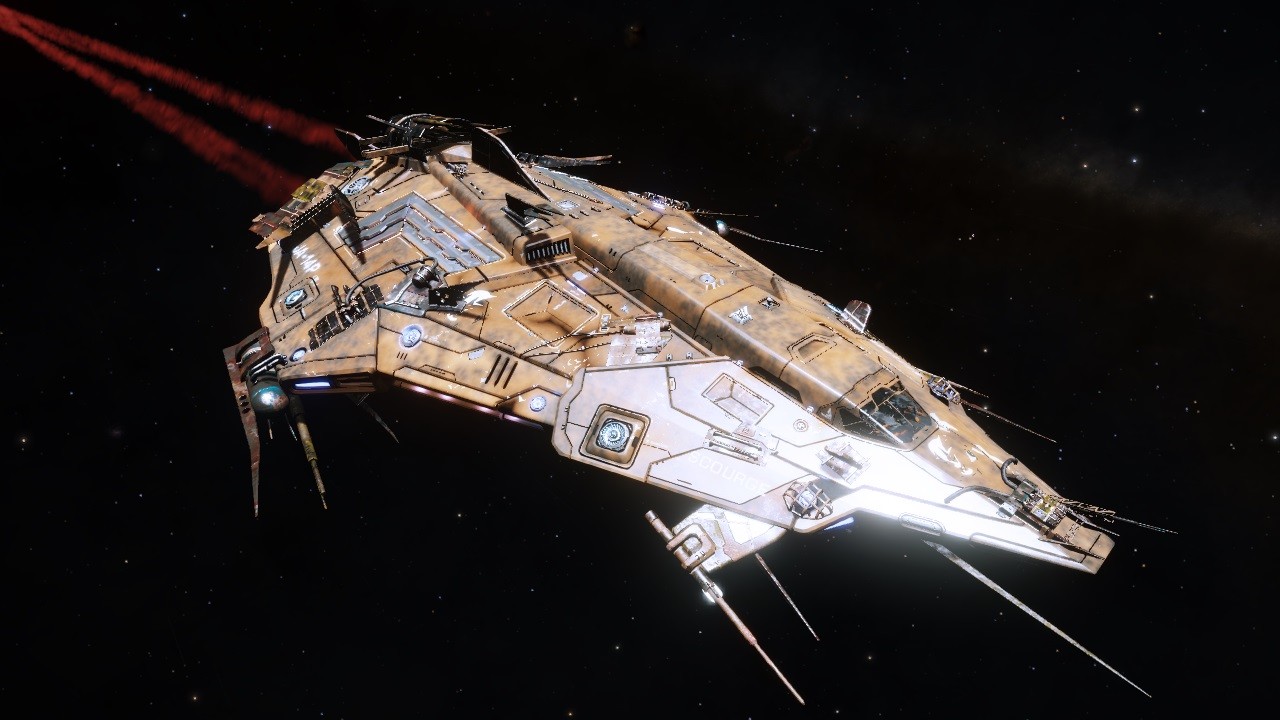 I flew the 258 light years of distance to Alioth in less than an hour, just stopping for fuel scooping. Soon, the magnificent blue-white star, Epsilon Ursae Majoris, also known as Alioth, greet me. The birthplace of the Alliance. 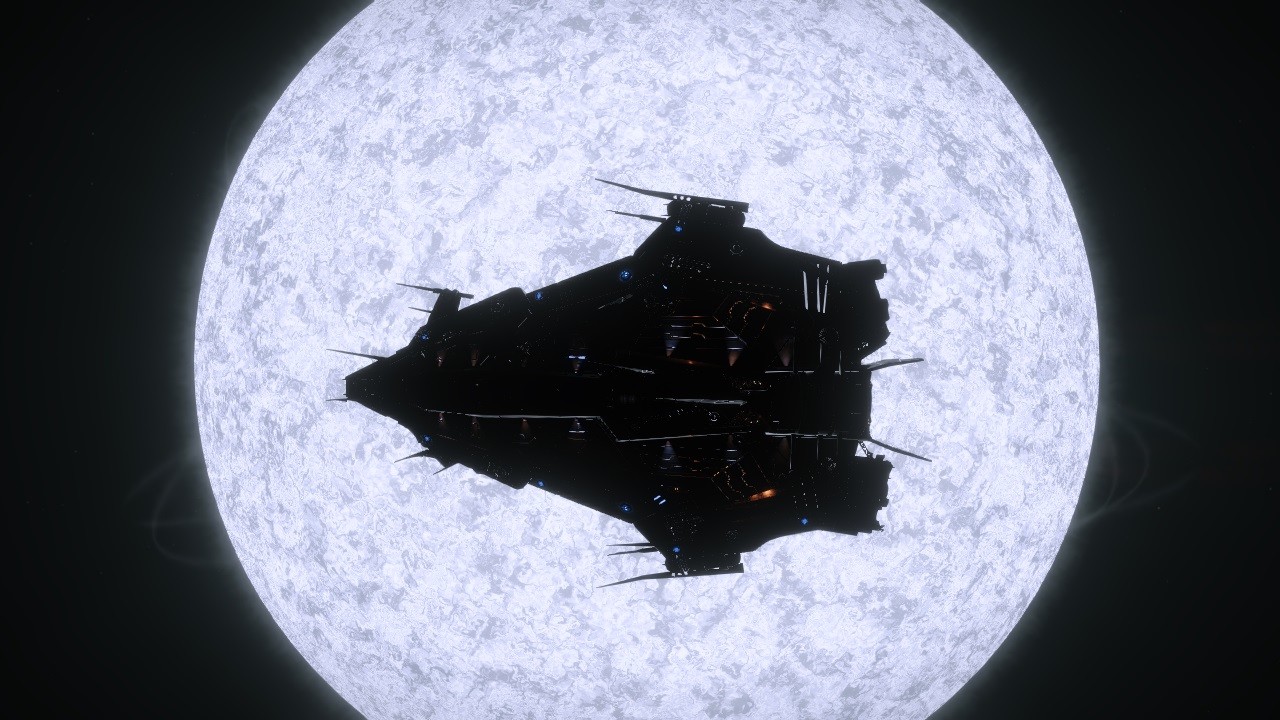 The Scourge flying over Alioth A

Alioth is a permit restricted system with a population of over fourteen thousand million citizens. The perfect place to hide among the locals and go unnoticed. The main problem is to surpass its tight security. There are several Orbis and Coriolis stations over Wicca’s World, Turner’s World and Argent’s Claim, all of them orbiting the fifth planet. Impossible to approximate there without being scanned. But there is a tiny commercial outpost orbiting the first planet of the system: Laird Dock. 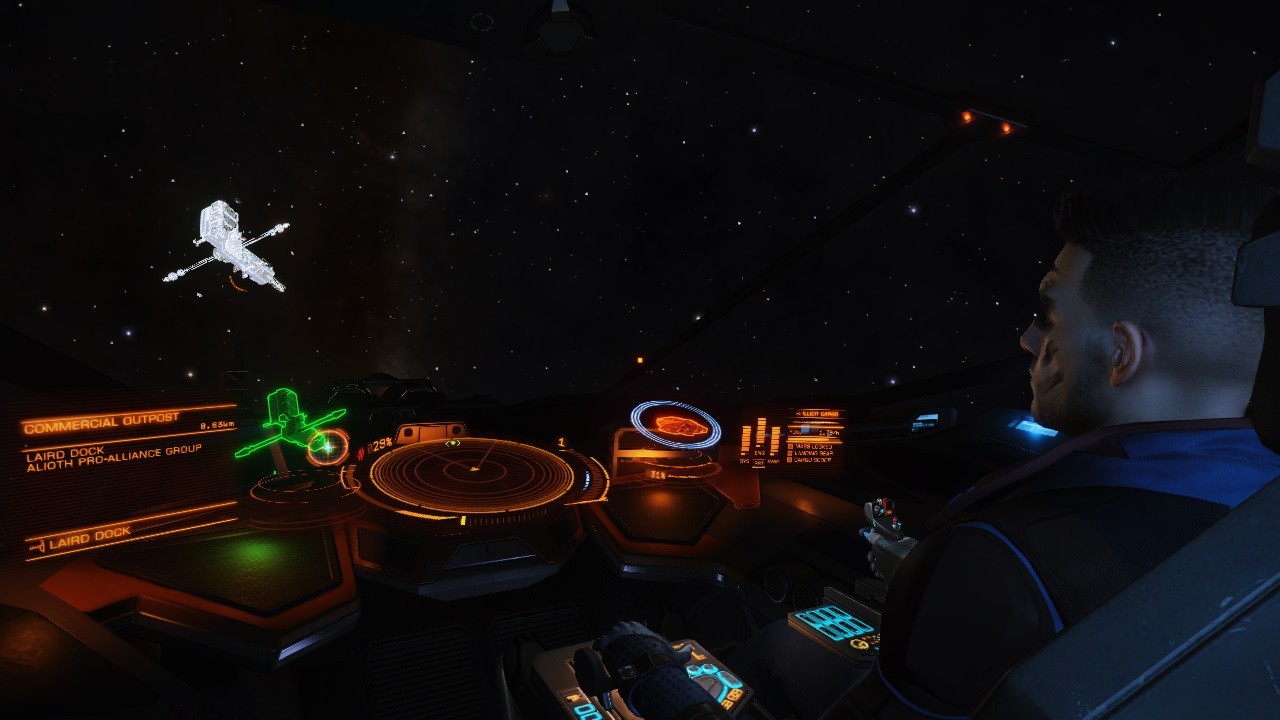 It is unlikely that there are security patrols there, and the proximity to the entry point reduces the chances for the local security force to notice one’s presence on that short trail. Smugglers are aware of this loophole and there is a well stablished black market within the outpost. That was the place for the rendezvous. 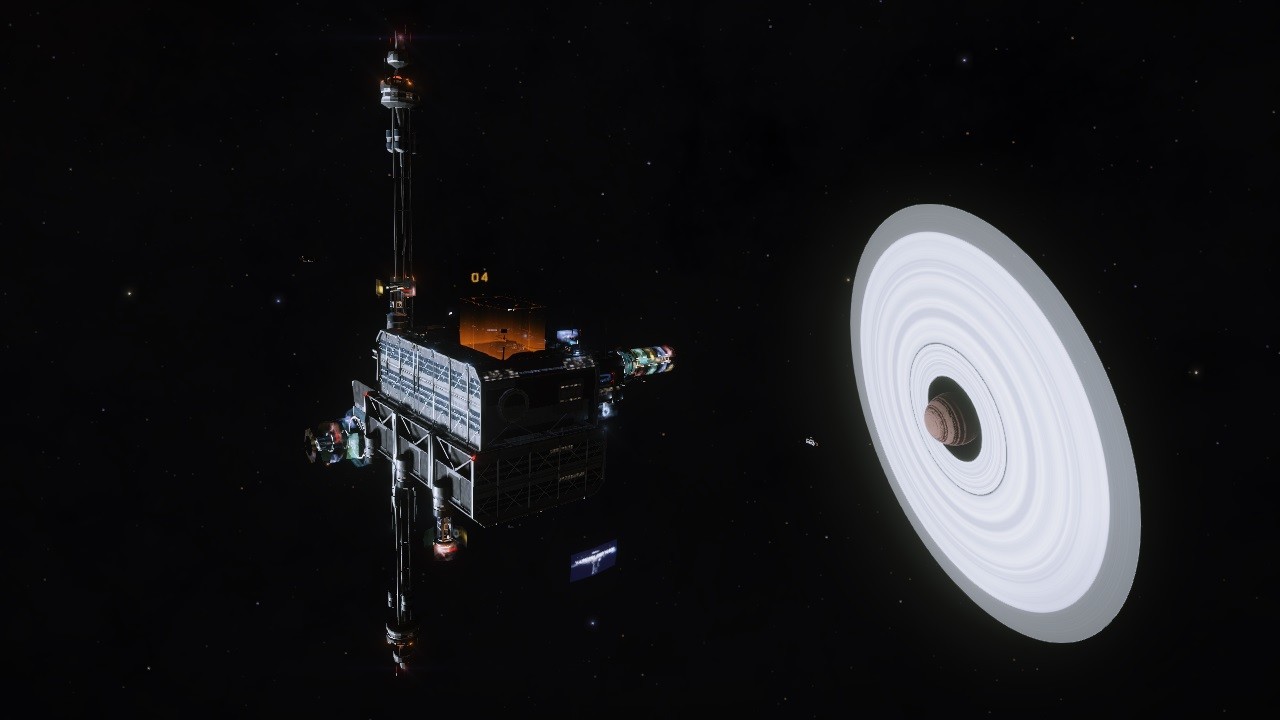 Aide Marin Mason was waiting for us. I guess Mohawk hairstyles must be the trend now. She had everything settled when we arrived. I shook hands with the Sunflex pilots and said goodbye. I doubt I will be seeing them again. Marin Mason rushed us. She wanted all the Sunflex pilots to be at their new homes as soon as possible. She did not reveal any details of the operation. 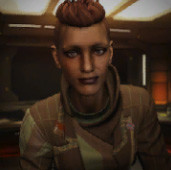 And like that, with a shake of hands and a rush goodbye, this whole operation ended. I must confess I never imagined it would carry out like this. I am sorry for Chief Aiyanna Winters, back on Nauni. He will not be recovering his pilots. Hard times for the Sunflex Group Limited are ahead. At least, they will not end their days in that remote hell of Pirate’s Lament. As for me, I have invested considerable credits in order to keep up with this task, most of them went to the Scourge. The Scourge (sighs), it was supposed to be the reward for my efforts, and it has become a constant pain. But… I see a lot of potential on this ship. I think that with a complete update, it could be a great acquisition to my fleet. I must admit that, even with the sub optimal modifications I made and a paper thick corroded armour it was able to beat the combined attack of two pirate Anacondas. It also has a huge cargo bay while being able to land in outpost. It is a bit slow though, but that can be fixed. Yes. It is decided. I am keeping the Scourge. I will consider it my personal tune up project. 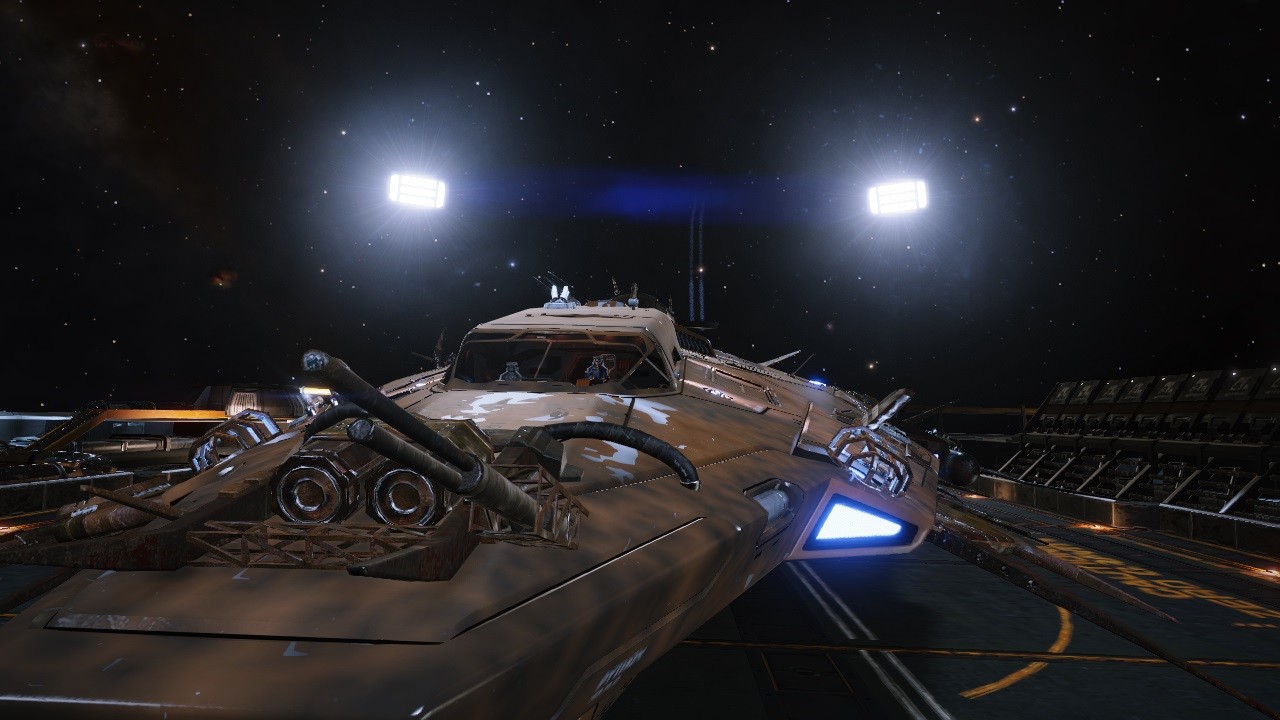 I must confess that this whole affair took me out of my control zone. Pirates in a RES zone, I can manage, face to face is a totally different business. I tend to think that I am a tough man. But I am still amazed about how easily and fast the Sunflex pilots broke in Pirate’s Lament. I doubt I would have endured better than them. Slavery is a scourge, no matter what kind. But I am not as naive as the Sunflex people. Slavery has never ceased to exist, and will not end any time soon. Right now, as the Sunflex pilots fly to their new homes, Galbraith, the slave smuggler, will probably have a new prosthetic arm and a shiny new ship to continue smuggling slaves to fuel the Black Gang mining operation at Pirate’s lament. I may have changed the fate of 50 people, but in the big scope I have achieve nothing. Just the relief of doing what I thought was right. That is the thought where I find solace. I would do it everything again if I had the chance.

Now, coming back home, to Wolf 406, I feel so lucky for being Alliance, and I cannot take off my mind the words of an old poem about slavery I once heard when young, back at Dublin Citadel. It was by Robert Burns, a Scottish poet from the eighteenth century and, if a remember correctly said like this: 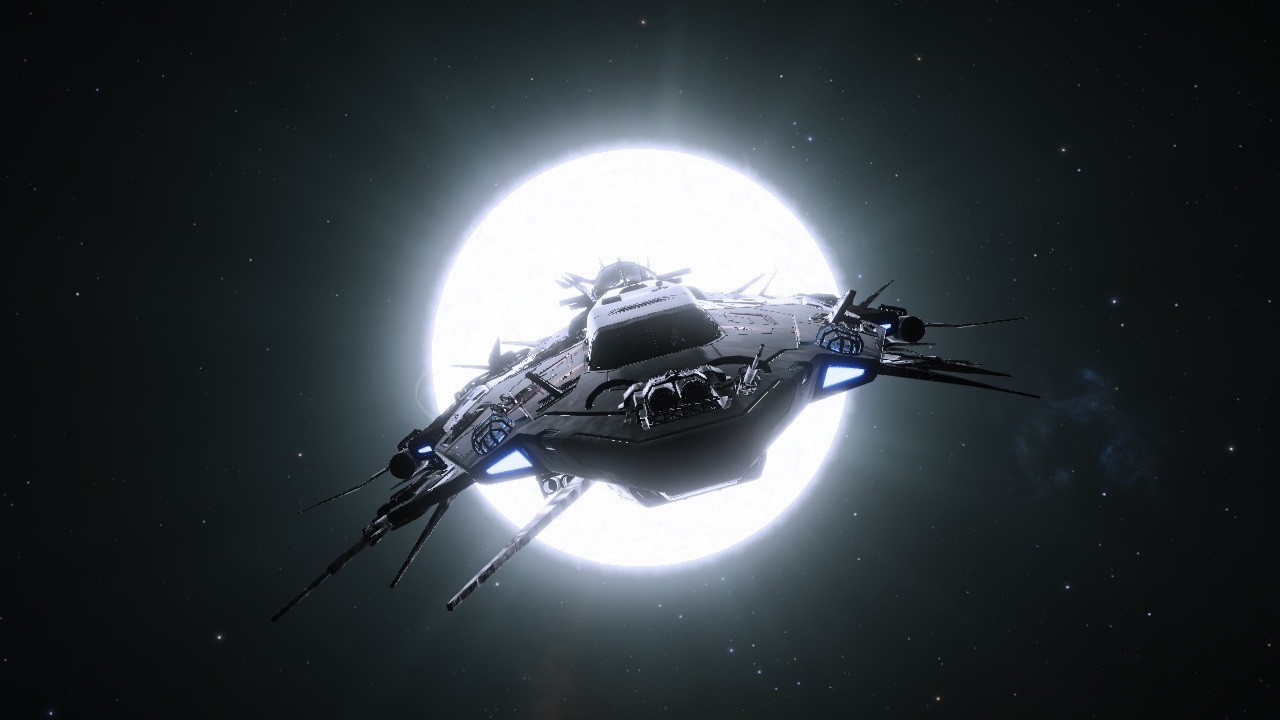 The Scourge in Alioth heading back home
Do you like it?
4
Shiny!