It is working. The Guardian FSD booster has activated. Amazing! Minimum jump range 61,23 LY, current 63,20, maximum, 67,41. Not bad for an ASP Explorer. That must be the double of the jump range that my father’s ASP had. And these are quite significant numbers. Months ago, while participating in Distant Words 2, I tried to reach system Systae Free AA-A h1, aka the Peak, and I could not arrive it in my Diamondback Explorer. Sitting at 3180.5 light years above the galactic plane, a jump range of 58.7LY is needed to get there, and 66.2LY if you want to get back. I could have gone there in the Orion, now that it has been enhanced with the Guardian Technology. This will make my trip to the Formidine Rift much easy, and I have Ayumi to thanks for it. Well, Ayumi and my brother Zal Marlo, for guarding my back. 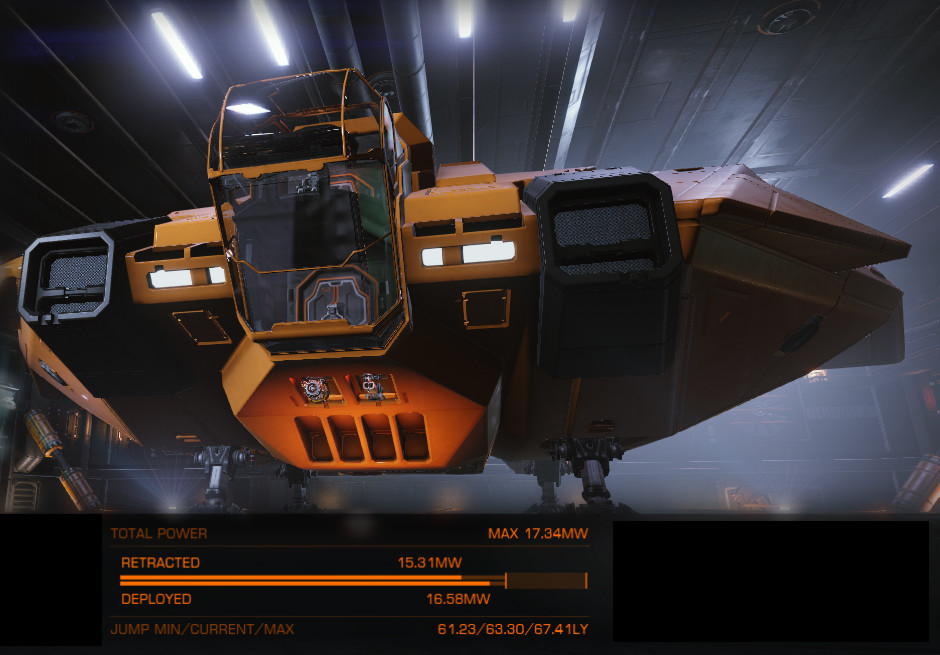 The night at the Guardian Ruins of HD 63154 B3a passed without incidents. With the first lights, my brother Zal Marlo arrived, as expected, flying his exploration Krait Phantom the Parymenopus. When Ayumi saw a ship incoming she got nervous and said that we should leave, but I told her that he was my brother and that I have called him. I waited for her to get mad for sharing with Zal the information she gave me about the Guardian technology, but she seemed only worried about if Zal was a friend or a stranger. My theory about Ayumi being running from something or someone grows. The only time that I saw her relaxing a bit was when we went jumping from one system to the other in deep space. 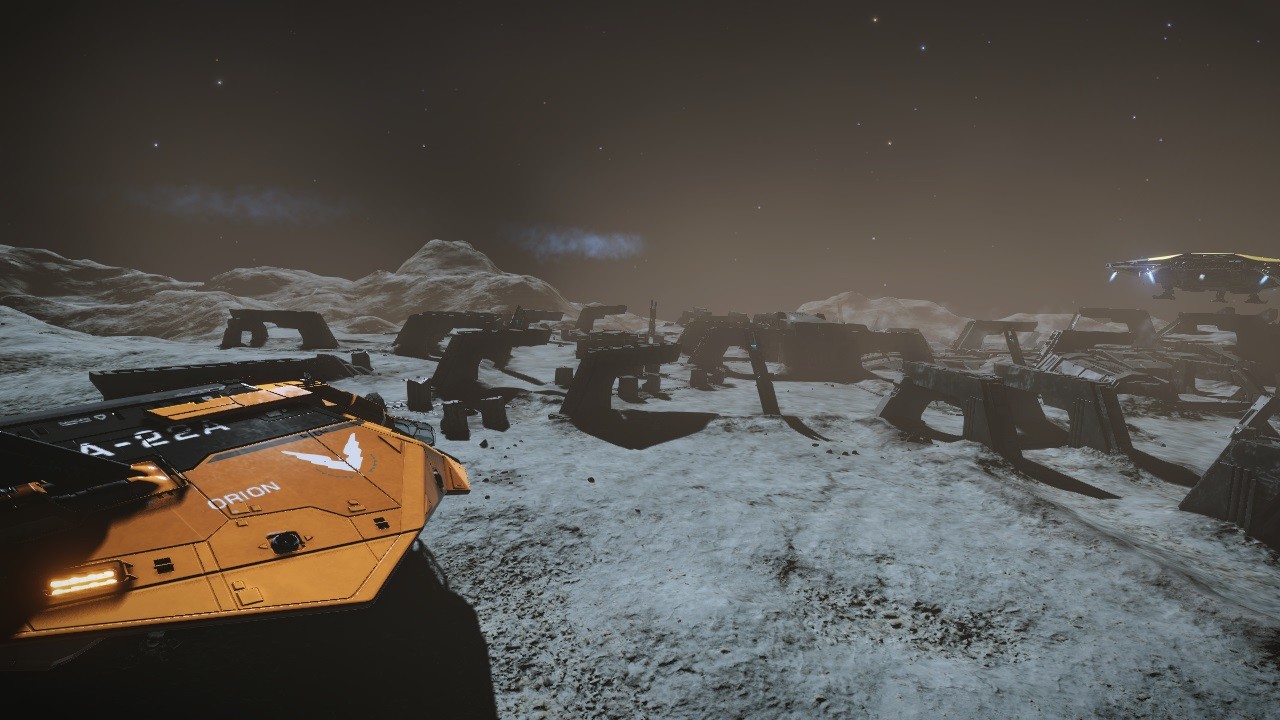 Zal Marlo on the Parymenopus arriving to HD 63154 B3a

Zal landed his ship on the tiny space at starboard of the Orion. It was great to see him again. Together, we developed a plan for exploring the ruins. He and Ayumi would disembark on the SRVs while I monitor them from the Orion. 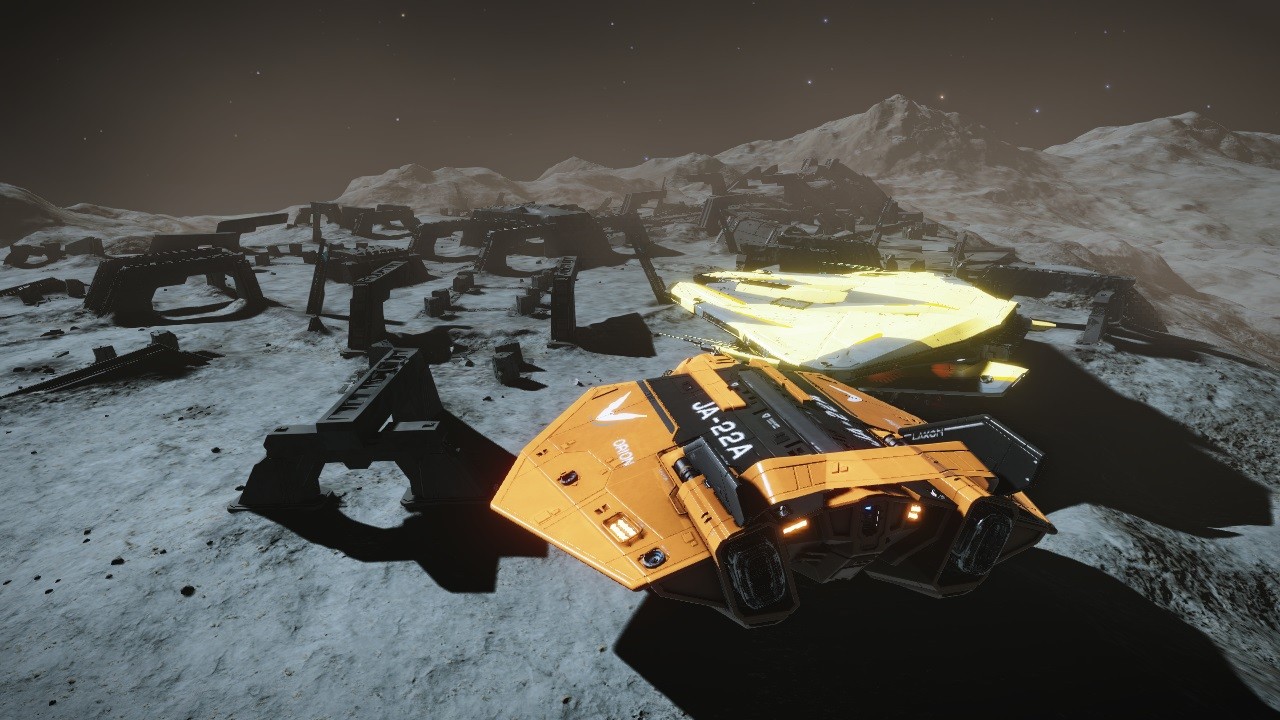 The Orion and the Parymenopus landed at HD 63154 B3a

According to Ayumi, scattered around the ruins there should be lots of valuable materials, such as power cells and other technology components that we should need. There were some pillars too, and panels that could be destroyed to release more Guardian technology pieces. And to that task we dedicated the following hours. 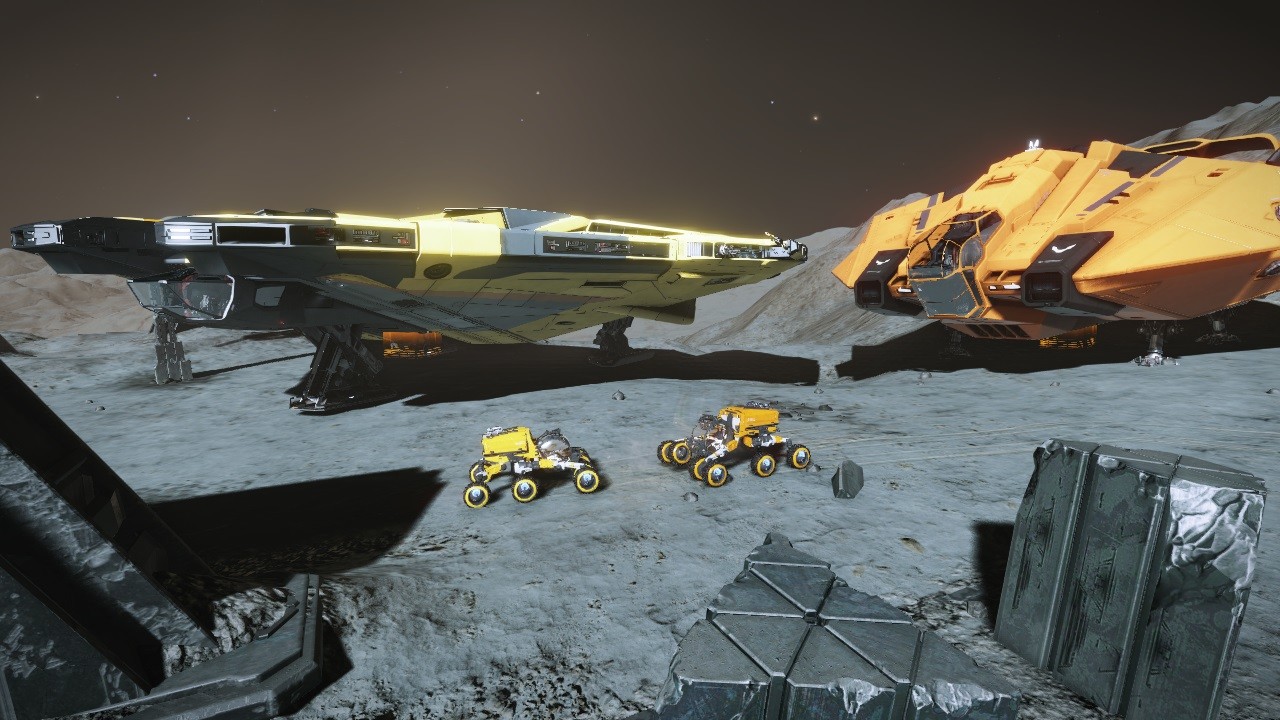 Ayumi seemed to knew what she was doing. She drove the SRV precisely through the difficult terrain, shooting panels with great aim and collecting the remaining pieces of technology. 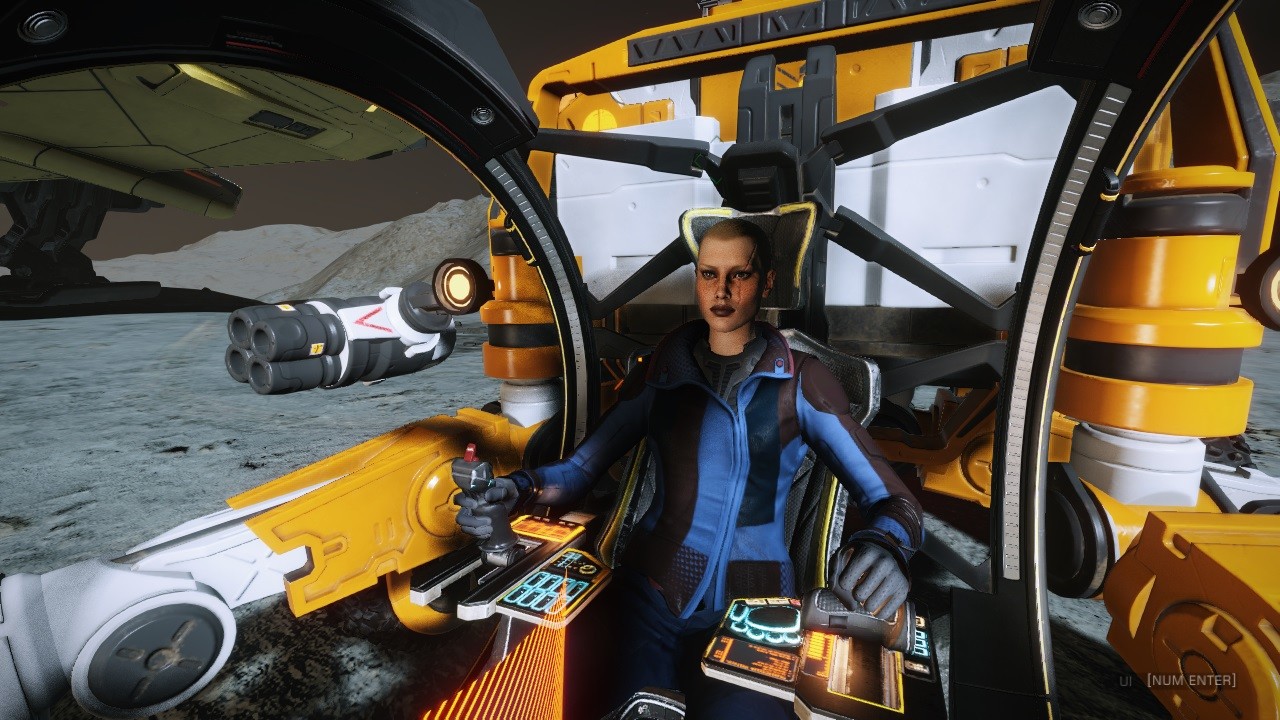 After a while, she should have activated something while driving, because some kind of pylon emerged from the earth beaming with energy. Ayumi exclaimed that she had been looking for that. 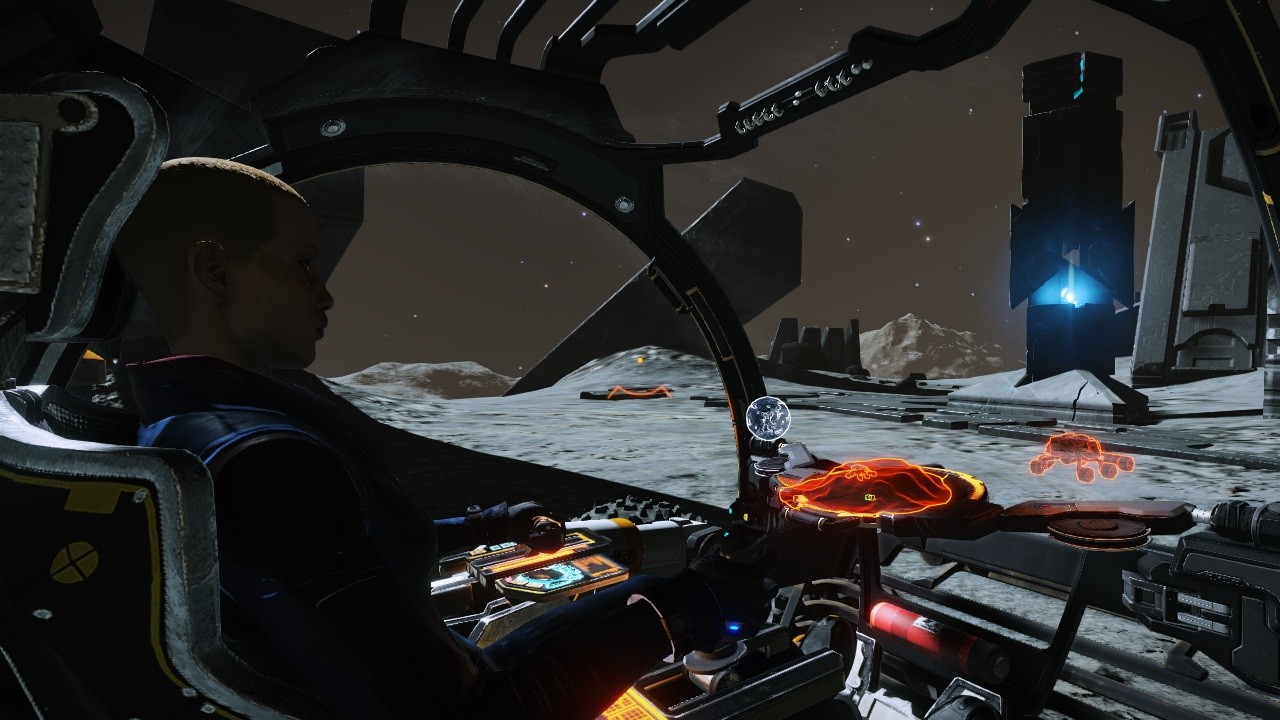 Ayumi and Zal gathered close to our ships and she explained the plan to us. It seemed that there were five more of these pylons lying around and that we should find them. Once located, they should be charged using the plasma repeaters of the Scarab in order to activate the databank of the installation. So Zal and Ayumi started to run among the ruins looking for the other pylons, while I tried to guide them from the Orion. 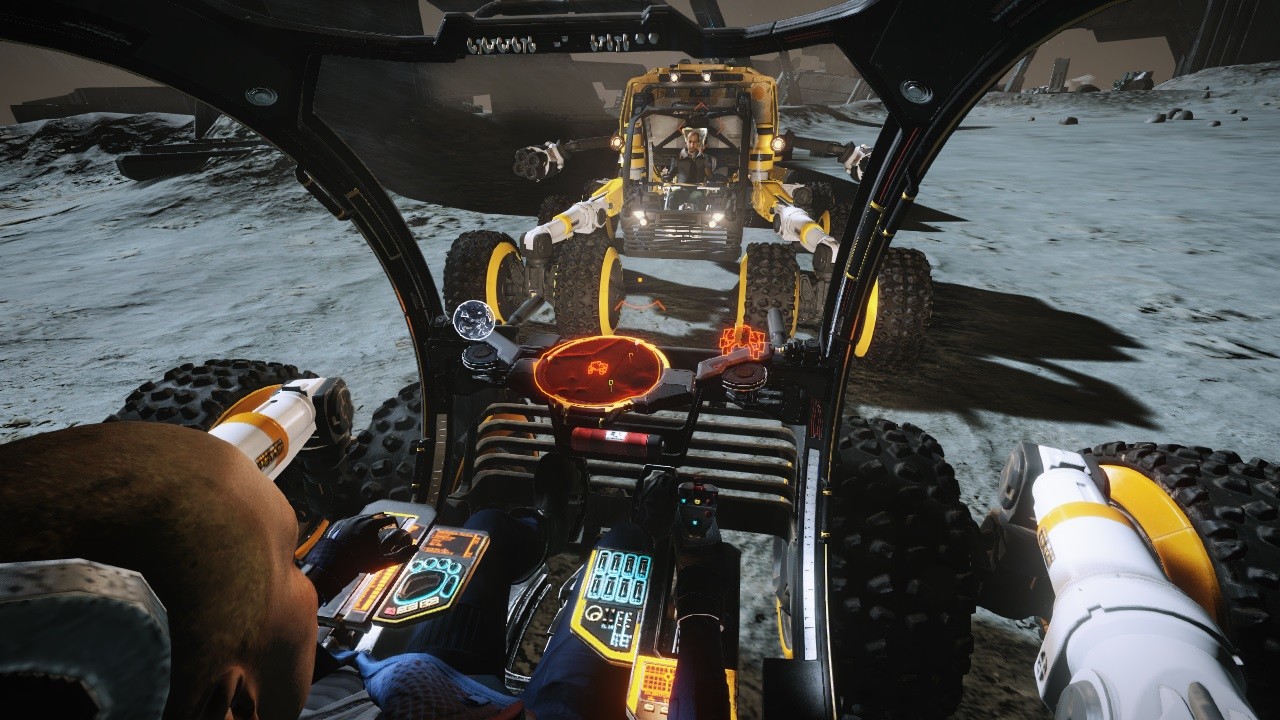 Some hours later, we had located the three pylons. Ayumi and Zal split and activated them shooting their weapons to the gleaming blue light in the middle. They left the pair of pylons that were close to the structure at the rear of the installation for the end. After that, Zal drove his Scarab to a platform in front of the structure, and deployed there and ancient relic he had picked up from the floor. 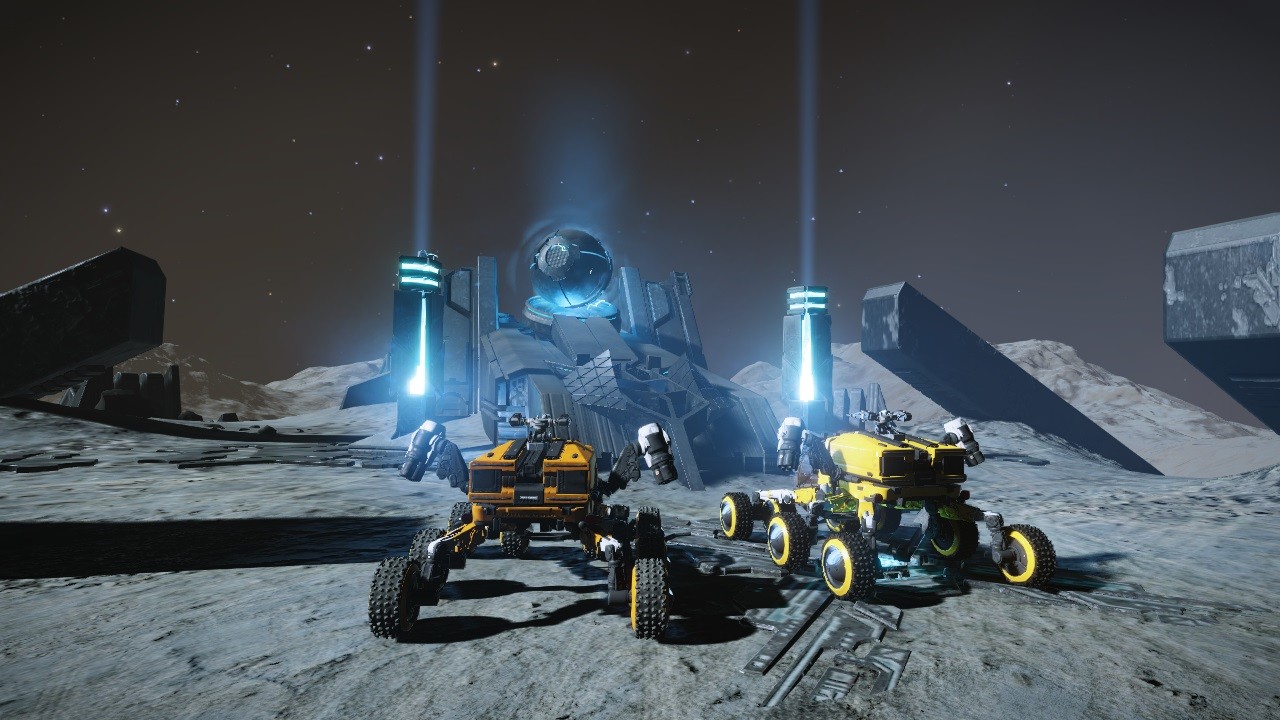 What happened after was amazing. The structure activated and released a huge floating orb that started to spin in front ours. Suddenly it opened and the scanners of the SRV recognized a pattern. We scanned the orb and were able to download some data that included the blueprints for some Guardian Technology. That was what we have been looking for. Ayumi had fulfilled her part of the deal. Then, the problems began. 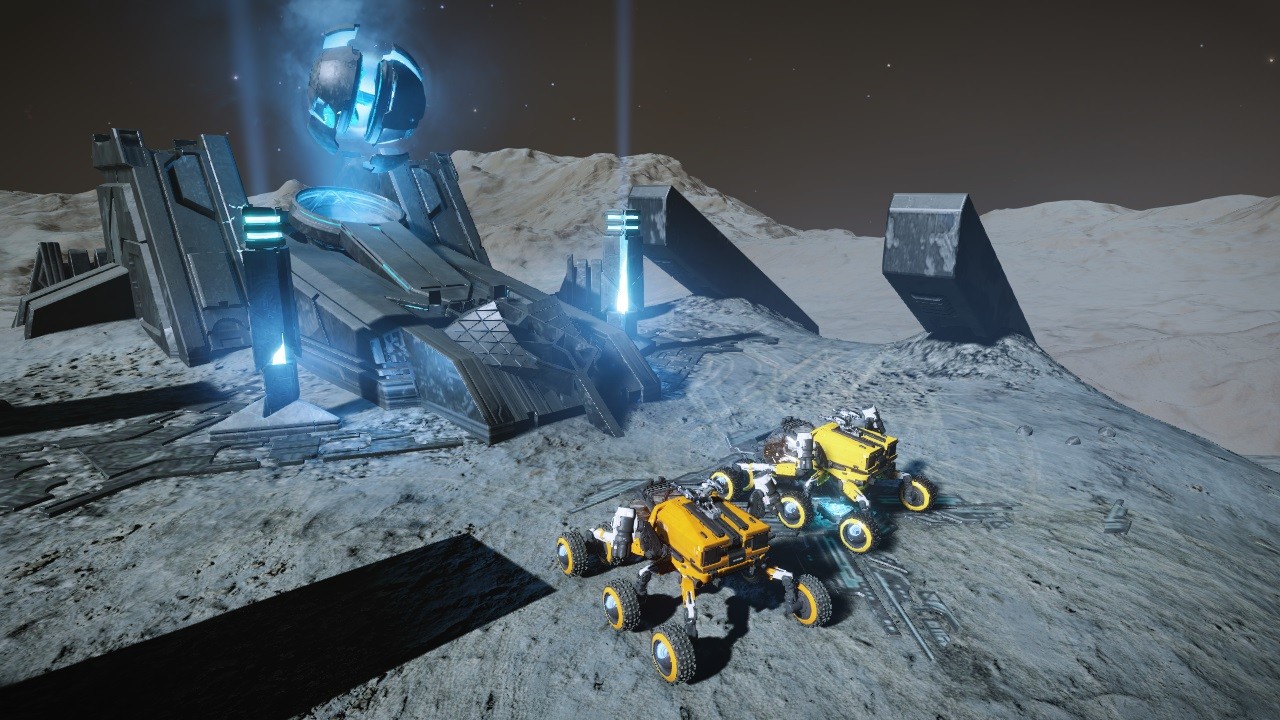 Zal and Ayumi scanning the the Guardian Structure (HD 63154 B3a)

The moment the orb entered again into the structure, a threatening hovering drone appeared from under the ground and scanned us. It was triangular in shape with a blue beaming light in the middle. And it was not alone. Five more were arising from the earth in other points of the ruins. They became hostile immediately, firing short bursts of energy and shock missiles. The consequent battle was fierce. The Guardian Sentinels were much smarter than human skimmers, and used the ruins and the terrain to conceal themselves after every attack. The combined efforts of Zal and Ayumi attacking as a team were needed in order to defeat the drones. The fight took hours and dark felt upon us again making things even more difficult. I discovered that I could help using the point defence turret of the Orion against the shock missiles of the sentinels. 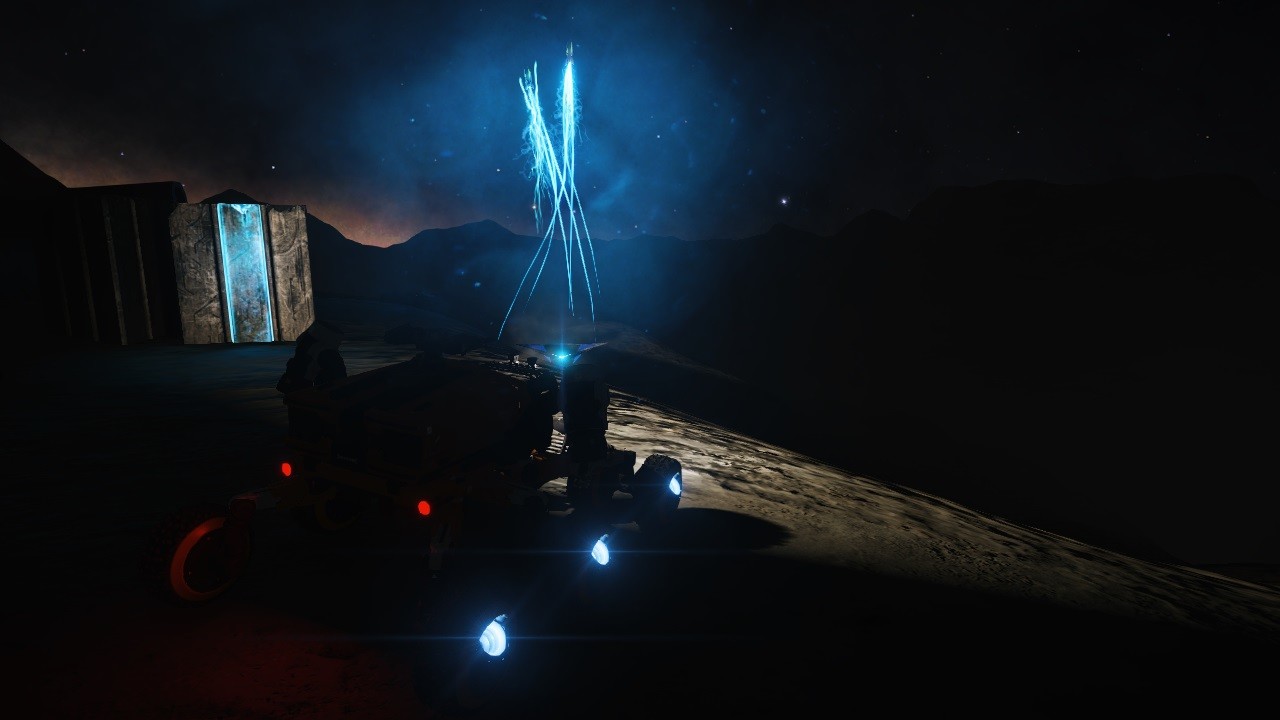 Finally, the Guardian Sentinels were beaten and Zal and Ayumi were able to embark safely. I thanked my brother for his help and watched as he departed. It is good to know that there is somebody in this galaxy that you can count on. Me and Ayumi set course to system Ross 490, to Dunyach Enterprise, where a technology broker by the name of Robt Horton runs his business.

And that is how I got my hands on the Guardian FSD booster. A piece of alien technology that increases the jump range of the Orion in 10.5 LY. That will make my trip to the Formidine Rift and the Zurara much easier. Once back at Hamilton Gateway, Ayumi asked where I was heading with my new enhanced exploring ship. I lied to her and told that my plan was to visit Amudsen’s Star, in system Lyed YJ-I d9-0 and explore the southern regions of the galaxy. I tried to pay her a generous sum for her part on the mission, but she just accepted a meagre pay. She asked me though to take her to Obsidian Orbital, in Maia, on my way to Amudsen’s Star. I said that I still had preparations to do and it could take me a while to depart. She answered that she was in no hurry. I guess I will have to fly with her again. 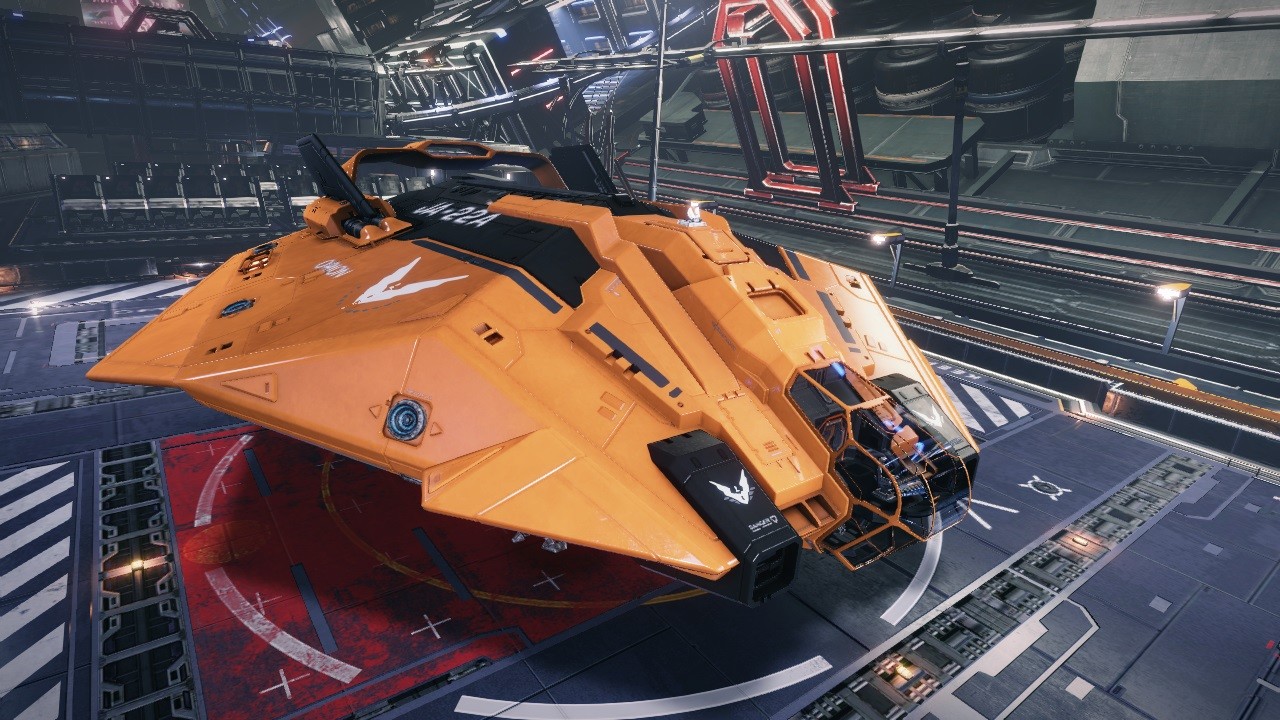