It Makes My Skin Crawl

Shortly after getting to the Bubble I spent some time assisting a young commander in the finer points of ship configuration and another in gathering Guardian blueprints and materials for his ships.  In the midst of all that, I also decided it was time, while I'm here, to step up my Thargoid game.  I...
Read more...

[color=#F4CBC1] February 19, 3306 Swoilz AW-C d125, planet 2 Ships flew low over the frosted forest below, dropping limpit drones, designed to audibly broadcast a repeating message, and to be used to transmit a reply. The limpit drone was the most versatile creation of a space fairing civilization....
Read more...

PARALLELS, TAKING STOCK, AND THE DANGERS OF LETTING THE KIDS PLAY IN THE YARD UNSUPERVISED

-PERSONAL LOG- An acquaintance of mine who works in the farming rings at Balandin Gateway told me there’s one immutable truth to farming, and that’s that something that needs to be in one location is invariably somewhere else. Back in ancient times, people had to handle this by hand or with manual...
Read more... 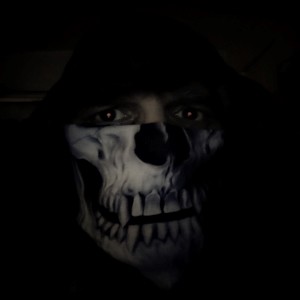 3306-02-18 2 Captain Aries Reaper Xevi reporting. HJHF 1st officers log.  As 2nd in command of my squadron, it sometimes falls on me to engage our fleet is basic combat maneuvers and today was especially nice as it gave me a chance to pull an old lecture out of my grey matter from my teaching days at...
Read more...

001-01 Drifting… aimlessly drifting… I can’t even remember if the thrusters have been burning or if I have simply let the cosmic winds guide me through the darkness. I feel like I have been traversing the Rift for months, years even, aimlessly searching – every time I consider leaving, I am pulled...
Read more...
Andrew Bogan
On the Hunt
Wyt
Trader's Log: Entry 002 - "The First Lessons"
Aries Reaper Xevi
The Origin of Capt Aries "Reaper" Xevi with Heavens Judgement
Tzebra
Debate
Soundless Scream
Thargoids and credits
Wyt
Trader's Log: Entry 001 - "A New Beginning"
Harpersteel
The Grind
Worldbuilder92
Entry 15: Trading Around Meliae
Princess Nihlus
Rebuy: Pt.2 - Gunman
Princess Nihlus
Rebuy: Pt.1 - Confetti
Korzhakov
weekend out of town
B.A.R
Time for a small party
Name411
The Colonia goings-on
Erlaed
Rewiring the cockpit, rewiring the brain...
John Rawghi
Skimmers, prison and the void
Galnet archive

Universal Cartographics has updated the names of fifteen systems in the Witch Head enclave.

Cynthia Sideris, chair of Universal Cartographics, elaborated on the development:

“Last year’s colonisation efforts resulted in a number of new settlements in the region, and providing systems with less unwieldy appellations is of great benefit to explorers. For example, ‘the Wisanye system’ rolls off the tongue much more agreeably than ‘the Witch Head Sector FB-X c1-7 system’.”

“We are confident that these more personable memorable terms will be welcomed by the Witch Head community.”

The Witch Head enclave is currently experiencing a number of Thargoid incursions, prompting local factions to call for assistance.

A series of Thargoid incursions into human-occupied Witch Head systems has alarmed the region’s colonists. Multiple casualties have been reported, with pilots caught off-guard by the sudden increase in Thargoid ships.

The Thargoids had largely withdrawn from the Witch Head enclave following a heavy defeat in July 3305. Following a significant increase in Thargoid activity, Professor Alba Tesreau of Aegis Research offered the following comments to Vox Galactica:

“Regrettably, the Thargoids were unlikely to surrender this area of space after a single defeat. Humanity may have established the Witch Head enclave, but the Thargoids are clearly still intent on driving us out – particularly with so many barnacle sites in the region.”

With starports at considerable risk of assault, local authorities are hopeful that a defence force can be organised soon. A number of independent pilots have already travelled great distances to engage the Thargoid forces.

Kelvin Masters, a regular pundit for the Rewired network, provided this take:

“Those people in the Witch Head are crazy if they thought the Thargoids were just going to roll over like good pups. We’re six months down the road from our initial expansion into the sector, and the local factions seem to have forgotten they’re living in Thargoid space. There’s a little push-and-shove for influence going on, corporations vying for control. What’s going to happen in the Witch Head enclave now the Thargoids are back in force?”

End-of-year celebrations have concluded in the Reorte system, with organisers declaring the week a grand success.

Deliveries by independent pilots ensured that the needs of the billion-plus attendees were met. Meanwhile, agitators in the system were prevented from intercepting convoys or causing trouble.

“I’d like to express my gratitude and appreciation to everybody involved in the festivities, from interstellar traders to revellers on the streets. Now, as goods are packed away and sensory experience hubs are dismantled all across Home, the clean-up efforts begin. It has been a real honour to witness so many come together in Reorte.”

“On behalf of the Alliance Assembly, I wish everybody a most prosperous New Year.”

Pilots who took part in either campaign can now obtain their rewards from Davies High in the Reorte system.

The Reorte system has been selected for the Alliance’s end-of-year festivities, prompting huge demand for commodities.

Traders, performance artists and chefs throughout Allied space have already flocked to the system, where billions of attendees are expected. The planet Home is planning a synchronous firework display spanning every continent, while the habitation decks of Davies High will offer a culinary celebration featuring dishes from across the galaxy.

Prime Minister Edmund Mahon was the guest of honour at the commencement ceremony, and he offered these words to the gathered press:

“As the year draws to a close we have a lot to be thankful for. There is peace between the superpowers. Thargoid encroachments on human space have ceased. Through hard work and cooperation, we have proven ourselves capable of rising together in response to significant challenges. This is something each and every one of us can be proud of.”

“And so, the Reorte system will host a celebration to tell future generations about. We call upon the galactic community to ensure the system is well supplied, and look forward to rewarding these ever-reliable pilots for their continued service.”

The Reorte Mining Coalition has elected to oversee the initiative. Units of fish, fruit and vegetables, animal meat and beer have been requested at Davies High in the Reorte system. More exotic traders are also encouraged to bring units of Lavian Brandy, Anduliga Fire Works and Eranin Pearl Whiskey.

To ensure the celebration goes without a hitch, the Reorte Mining Coalition has also offered to pay handsomely for all bounties collected on wanted ships in the system.

The initiative is scheduled to run from the 12th to the 18th of December 3305. If the final targets are met earlier than planned, the campaign will end immediately. 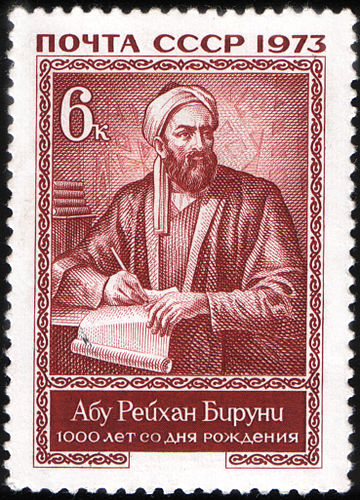 Al-Biruni is regarded as one of the greatest scholars of the medieval Islamic era and was well versed in physics, mathematics, astronomy, and natural sciences, and also distinguished himself as a historian, chronologist and linguist. He was conversant in Khwarezmian, Persian, Arabic, Sanskrit, and also knew Greek, Hebrew and Syriac. He spent a large part of his life in Ghazni in modern-day Afghanistan, capital of the Ghaznavid dynasty which was based in what is now central-eastern Afghanistan. In 1017 he traveled to the Indian subcontinent and became the most important interpreter of Indian science to the Islamic world. He is given the titles the "founder of Indology". He was an impartial writer on custom and creeds of various nations, and was given the title al-Ustadh ("The Master") for his remarkable description of early 11th-century India. He also made contributions to Earth sciences, and is regarded as the "father of geodesy" for his important contributions to that field, along with his significant contributions to geography.

Some icons used here are from EDAssets site. Some of the radio stations are provided by Soma.
Be kind and show them some love, too! :)