Tip her in advance if you wanna live 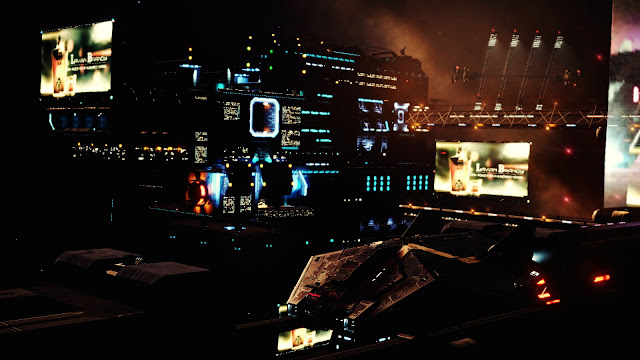 It has been a long profitable journey with the Spartan and we are back home now. I left the Spartan at Cubeo for repairs and took my rusty AspX for personal use.

By the time I was at the docks I heard some people talking about some new technologies are on the market. Some Guardian modules that can give an extra boost to ships jump range. Still many people doesn't know how to obtain or install this modules. I asked these guys how to get one for my ship and they gave me contact number.

When I called this Jessie guy, he agreed to meet me at LFT 926 in a bar called Jailhouse Rock & Blues... I went there and ordered a Lavian Brandy which is the most popular drink around here. Threw couple extra credits for the barmaid. The brandy tastes very good, I must say. When Jessie arrived, we talked a while, trying to test each other. He is kinda shady and paranoid, I don't know why. But at the end he seems like he liked me or trusted me in a way, and gave me the instructions on how to obtain this jump booster tech.

After he is gone, I stayed for a while, then an old song started to play on the music box. I asked name of the song to the barmaid. She said it's called Holy Diver by Dio. They recovered the song from a hand device, like an ancient tech chatter.

I was about to leave, finishing my glass... two guys entered the bar. I sensed the trouble right away. Barmaid pointed them with her head, saying :

"These two are Fanatic Feds. I know you are not from here, so be carefull when leaving the station. Use the runways if you can, their ships are large, they can't follow you there."