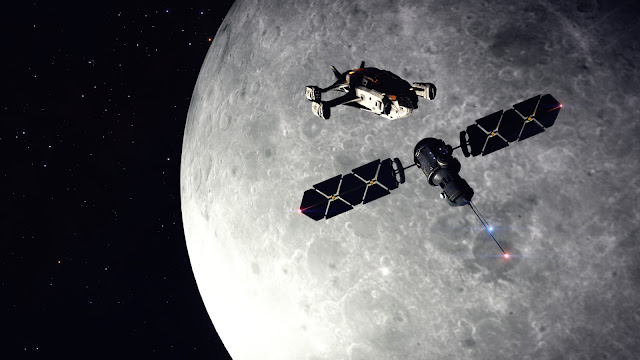 I was at SOL system to meet an engineer today. He sent a message to me earlier that he will be a bit late, so decided to visit some tourist beacons while I was in the system. You know, it is the birthplace of all of the colonies so, it has some history around here. I've learned about a stolen car which was actually an ancient artifact. Some crazy guy sent his car to the space, thousand years ago, but people think it is stolen by pirates later. I also visit some other beacons about the historcal Civil War and old Presidents of the Federation.

Anyway, while I was searching for beacons, I captured a signal coming from near Luna. When I got closer I see that it is an Unregistered Comms Beacon. I was trying to scan it at first but nothing happened, then I decided to take some pictures of it, to show them to a friend to ask about. Then with no reason, it started to play a voice signal to my comms. A distorted robotic voice was articulating numbers and codes one after another. I started to write them on my handy chatter. After a while I figured it was repeating itself, so I sort out the original message as this.

I am not sure what it means. I need to visit this engineer now. I will be working on this soon as possible.