A return to the hotseat

"Look, Admiral. I wish I could help more. He'll, I'd give you years off. But the president asked for you personally. You certainly raised some eyebrows in Alpha Centauri the other month, and NLTT 21440. Now, I just need you to meet your new co-pilot. She's a rising star, just finished her mandatory fighter time. Asked for you personally."

"Sir, with all due respect, I don't care if she's the damn president's daughter... I'm not taking on a greenhorn. All my crew have some decent service years under them, like myself. I don't want some fresh lieutenant who won't have any idea how to operate a Taipan or Gu-97-"

Admiral Tanner interrupted "I don't see why you'd use privately purchased fighter craft, Hawk... Condors or nothing in service of the president."

"But sir, The Pegasus is my boat. I was told I could outfit it as I wish. Should I find myself outside Federation space, and I need to restock, a Taipan is the next best thing. And may I remind you, sir that when it comes to internal equipment, I have to procure and outfit myself. Pilots feder-fucking-ration licence overrules my naval authority unless I'm in a core system"

"Okay, Hawk. I'll let you get back to it. Can I arrange a formal meeting tomorrow morning? Get yourself to Obsidian Orbital, If you can. I'll be out in Pleiades with Aegis for a few weeks. But you didn't hear me say that. Naval Actual out. See you tomorrow, Admiral"

Then there was a clunk as he hung up the receiver. I closed the channel, and climbed out of my rack. I'd rather be on Pegasus right now, but I just had to get away. Sitting in my other naval ship, RAPTOR 719, a Diamondback Explorer that I'd had engineered and outfitted. I'm sitting 1200 light years from home, at Barnard's loop. And Admiral Tanner wants me in Maia in sixteen hours. At least I've got a 50ly range. Be there by tomorrow.

Losing Miranda hit me hard. Got my ship from Haldeman II Enterprise, and left the bubble for a week. Technically, if it weren't for Admiral Tanner, I'd have been branded AWOL and hunted down by now. But I'd better get back to civilization. Well, goid central at least... Looks like I'm getting a new pilot, and a mission for Pegasus. Anyway, looks like I need to get going. Don't want to be late for the Admiral of the Fleet.

Diamondback Explorer
7194NC
CALLSIGN RAPTOR 719
PILOT N124HAWK
Do you like it?
1
Shiny! 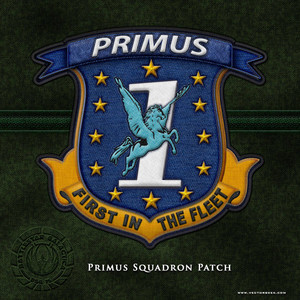