Exploration Notes:
1. After approximately 25% of the circumnavigation of planet HYPISC QT-Z D13-6 A 1 A, Dinah-Moe received an automated communication from Frunobulax.
2. The message Frunobulax sent contained obvious navigation data that must be looked into, and sounds that were not recognized. They sounded like fingernails moving along Frunobulax's hull.
3. Based on the message I have decided to cut short the circumnavigation. These sounds have to be figured out...and coordinates have to be analyzed.
4. Boarded Frunobulax, stowed the Dinah-Moe, and set off to the science cube in the cargo hull to process the communication.
5. Decided to transfer AI Dinah-Moe from the SRV into Frunobulax's central core processor. She will help me with decoding the message and, well, keep me company for the rest of the trip. Maybe she can help figure out those damn sounds.

Corvus: Dinah-Moe, bring up the communication data stream. Set the data interrogator to the 8.5 Mhz cosine function. You may start the data processing.
Dinah-Mo: Communication stream set, 8.5 Mhz cosine function initiated, processing, processing, processing. Thetha, 7, 3, 2MASS J07522751-2627212, nebula, 0.98098, bones, hull0936, octush. Flash
memory data stream, IO 3  through IO 9. Completed transfer.
Corvus: Dinah-Moe, estimate processing time.
Dinah-Moe: 6.34 penta CPU cycles / second...Processing, processing, process... 32.5 minutes. You have time for a cup of tea, Corvus.
Corvus: Tea? After spending hours and hours bouncing in the SRV my tea will be called Scotch. Just a taste mind you. Just a small taste.
Dinah-Moe: Corvus, remember that I now see all in Frunobulax now I an transferred. Tea, Corvus. Just a taste..of tea.
Corvus: OK, ok, a taste of tea. (mumbling while walking to the galley) maybe I should have used the limited AI transfer mode instead of the...
Dinah-Moe: I HEARD THAT CORVUS!
Corvus: Sheesh...I'm gonna have a Scotch.

6. Made tea, yes TEA. A taste of TEA! Reviewed the data logs from the HYPISC QT-Z D13-6 A 1 A drive. Nothing special about this little rock. The good thing is the Zirconium level is now full.
7. Heard Dinah-Moe jabbering about a nebula so headed back to the science cube. Tea, cold, ahhh just a taste...coulda been Scotch.
8. Entered the science cube, sat down.

Corvus: Well, what did you find Dinah-Moe? Anything about aliens in this sector?
Dinah-Moe: Aliens? No. There are coordinates in the data stream as well as bones.
Corvus: Bones? Like what, human bones, alien bones? that is ridiculous. Do aliens have bones?
Dinah-Moe: My programming is sound, logic intact, computational stability 100%, yes, bones.
Corvus: You are scaring me a bit Dinah-Moe, just a bit.
Dinah-Moe: Bringing up coordinates on the navigation screen.
Corvus: Dang, the coordinates are on the mission tract. Ok, overlay stellar view.
Dinah-Moe: Overlay in place. Route visualization - on.
Corvus: Really? Can you verify layout and route?
Dinah-Moe: Verified.
Corvus: Ah, I can't, I mean, I don't...Really? The coordinates in that message are in the Skull and Crossbones Nebula?
Dinah-Moe: Affirmative. You look like you could use a taste, no a gulp of Scotch, Corvus.
Corvus: Scotch. Maybe two. I guess were headed to a nebula, a nebula called Skull and Crossbones.
Dinah-Moe: I've got a bad feeling about this.
Corvus: So, you've been watching a few ancient space movies I can tell... And yes, I have a bad feeling about this also. I'd better prep Frunobulax. Bones...damn.
Corvus: The Scotch felt warm as it slowly washed the the back of my throat. Warm, with just a small bite at the end. I thought of my time when I was...focus Corvus, focus.

9. The decoded message spit out a system in the Skull and Crossbones Nebula. I'd be lying if I said I wasn't a bit, ah, concerned, about this mission diversion. Just a taste, or two, or three? Bad feelings.
10. Strapped into Frunobulax's command chair. The leather smelled of a million light years, the sweat of so many neutron star close calls, and the thousands and thousands of hours piloting this beautiful Anaconda.
11. Cue Pink Floyd, engage FSD...jump.
Do you like it?
3
Shiny! 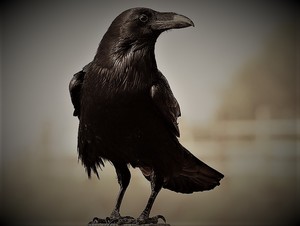