Commander's Log - 06:17 UTC - The Gnosis, Col 173 Sector OD-J b25-2
This will be a quicker entry. We've had a bit of an incident. In the morning we suited up, powered up and lifted off to attempt a landing in the one small area of the ruins that might be able to fit us. It was a tight spot, but we were able to set down. Callie, against my better judgement, deployed in the SRV and began a recon pass of the ruins. I've never seen anything like it before, and she seemed in her element, the wonder apparent in her voice over the comms.
She began to detect multiple possibilities where we might be able to extract some tech with careful and precise blasts from the SRV's cannons, and she found multiple Guardian obelisks, like I'd scanned in the Synuefe systems for Ram Tah. But she was more excited about triggering what appeared to be energy nodes that burst up from the ground and hummed with energy as she passed.
That's when it happened though. Another node burst from the ground as she passed, but at the same time the scanners reported a new contact and the alarms started blaring. Some sort of skimmer type drone burst our of the ground, immediately targeted the SRV and began flanking it, blue glow emanating from a diamond shaped port in the front. Callie's voice burst over the radio in excitement that it was a fully functioning Guardian Sentinel, but her broadcast was cut short as the sentinel attacked, blasting the SRV with some sort of energy weapon.
Whatever the weapon was, it was pummeling her shields and Callie cried out, making an attempt to make a run for it. She turned back toward the ship as I screamed at her to step on it. On her way back, she triggered another sentinel that joined in the fight, missiles blasting the SRV's shields even lower and knocking the SRV on its side.
I fired up the Spectre's drives and took off as quickly as possible. I could hear her cries as she was trying to right the SRV with the attitude thrusters. Those shields weren't going to last long. I couldn't get into range quick enough, another round of crackling blue energy missiles pummeling the shields to nothing as I heard the alarms blaring over her headset. Finally in place I opened the multicannons up on the sentinels, all four spitting fire down on the little beggers. They were tough little things, returning fire with those energy missiles which were no joke, but I was finally able to overwhelm them with fire. They exploded in brilliant blue explosions I was afraid would further damage Callie's SRV.
Setting down as quick as possible, I suited up and set out across the surface. The gravity was incredibly low, 0.16 G's, and I forgot how hard it is to move that way, especially when you are in a hurry and frantic. I called to Callie over and over on the comms. as I tried to make my way to her. I thought I had heard a whimper, but I couldn't be sure with all of the interference and the eerie noises from the ruins.
All I could think about was that the poor girl had been killed on my watch, or that one of those sentinels would burst out of the ground and I'd be a dead man in nothing but my Remlok. Finally making it to the SRV, it looked bad. It lay on its top an several of the wheels were completely separated from the chassis like broken legs. Making my way around to the cab, I saw Callies body hanging limp from here restraints, her arms hanging down to the roof of the cab. Her visor appeared to be intact, but part of the face shield was covered in blood. The canopy of the SRV was cracked but still appeared to be intact.
Punching the bypass, I vented the cab, hoping against hope her suit wasn't breached. Yanking the damaged door open, I crawled into the cab and checked her gauges, relieved to see she appeared to have no breaches, and appeared to be alive. Carefully unfastening her restraints, I caught her slow fall, her eerily feather weight dropping into my arms. She was completely limp, which scared me, but I just scooped her up and made a beeline for the ship.
It was the most nerve wracking trip back to the ship, expecting a sentinel to pop up with every step on the crunching surface. But they didn't, and I got her back to the airlock, carefully laying her limp body on the floor. Running to the cockpit I began to power up the ship, then ran back and scooped her up, carried her to her seat and secured her. Carefully removing her helmet, her dark brown hair tumbled down, hiding a gash at her hairline which was the cause of all of the blood. Smoothing her hair back, I quickly applied a sealer, checked her pulse, and then jumped in my seat and lifted off of that rock, plotting a course to the closest help.
Luckily for Callie, help was as close as a few jumps to Col 173 Sector OD-J b25-2, where The Gnosis, a research ship (with decent medical facilities) was passing through. I'm sitting in a waiting room now, entering this log, hoping against hope Callie will be okay. Someone's coming, pause log.

Looks like Callie's going to be okay. Not even a concussion. She's sleeping right now, but it was good to see her laying there, appearing to be fine other than a laceration on her head and a few cuts, bumps and bruises. I plan to head back with her. I'm not leaving her here to wait for a chartered ship, I just can't do that. But I'm sure she'll want to return to the safety of her lab and I can't blame her one bit. It will set me back, and tell you the truth, I'm not sure I can do it alone, but I don't renege on a contract either. I guess we'll see what happens after I drop her back in Meene.
She's a sharp girl, but I'm just not sure she's cut out for this. Not that I'm slamming her response under fire. I can't say I'd have done any better, but I really think this shook her up. I know it shook me up, feeling like I let go of the controls as far as protecting her. This right here is just one of the many reasons I should be working alone.
She's stirring, signing off for the night.
Do you like it?
0
Shiny! 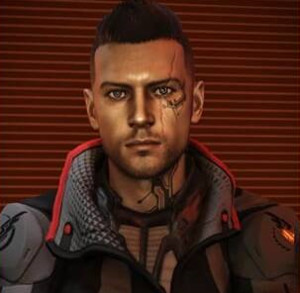