-------------------------------
INCOMING SECURE TRANSMISSION...
Establishing Connection...
Connected. Sending Handshake...
Handshake Sent.
Code 10 Received. Secure Connection Established.
Receiving Data...
Data Received. Decoding...
Data Decoded...
-------------------------------
CMDR: Alex S. North
Recording Date: May 13th 3305 02:52 (3302/05/10)
Location: Unknown
Message:
The following are some entries from the data-pad, this information has proven quite useful to me so far, figured I'd embed them into this log entry in case anyone stumbles upon it and could use the information.
Embedded Attachment:
Exploration: General Information
When it comes to exploration, there are several things it can be good for, mainly making some extra money and fame, as well as increasing your rank within the Pilot's Federation. What may not have been immediately obvious is that it can be used for a lot of other things!

You can use the discovered system data to get in good graces with major factions of system. If you give in roughly 8 million credits worth of cartographic data, for most factions it will make them consider you a 'friend', which in and of itself will give you a bunch of other benefits, such as increased mission payouts! Said payouts can further increase depending on your Pilot's Federation rank of the appropriate field of the mission (eg. Combat Rank: Elite will get a higher payout for combat missions than Combat Rank: Competent.

Engineering can increase the jump range of any ship, getting G5 Increased Range FSD with either Mass Manager or Deep Charge Experimental Effect (depending on the ship) will greatly boost any ships' jump range. Using smaller modules can also increase jump range for dedicated taxi ships, though this decreases a lot of other functionalities.
As a bonus you can add in a Guardian FSD Booster to increase the range even further.
Example of the Earlier Anaconda build with a Guardian FSD Boost Module (requires a bigger Power Plant): Darknet URL

Exploration: Road to Riches
Road to Riches is a term given to a route that sends you to systems with high value planets to scan and/or map to yield a maximum payout on cartographic data.
There exist several tools and routes to follow these.

The first example is when plotting a route from point A to point B, on the Galactic Darknet one can find a tool to help plot a course that has some good value scans, effectively making you money for your trip: Spansh Darknet URL

The second example is a dedicated list of of systems and planets that you can follow to make some decent money (~ 1,000,000 Cr./System minimum payout), this route was initially discovered by Commander VicTic and converted to a Pathfinder tool by Commander HittingSmoke: Alpha Orbital Darknet URL
Side note on the Pathfinder method: Scanning each system on the list and mapping all planets listed will yield a maximum payout, after mapping 325 planets of said list should get you Exploration Rank: Elite with the Pilots Federation. This list can be completed in a Cobra Mk. III.

Suffice to say, Road to Riches is an easy and risk-free method of getting some extra money, though it can be time consuming. 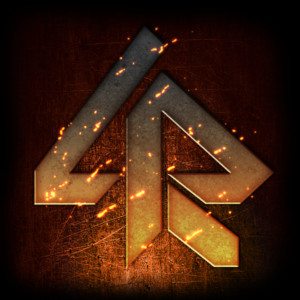