This is how you know when civilisation doesn’t like you.

I have been away for three months as of yesterday (other than a week break for illness). I left just after the Pilots Federation made all ships take a mandatory upgrade and released the Super Cruise Assist and the apparently “Advanced” Docking Computer*.

In that time, we have had a new superfast weekly transport to the Guardian sites, a new weapon for facing Thargoids, and now there’s a chance for explorers to help find new sources of Meta Alloys. When does all this action take place? That’s right, a few weeks after I bugger off to the rim. They watched me stock up, read my post about leaving, checked I was actually well out the way, and then invited everyone out to have fun. Wankers! I see that as a clear indication of just how unwelcome I am in the Pilots Federation & the bubble in general.

It’s not all bad. I have enjoyed my first ever long duration trip. I’ve seen an Earth-like world and, through the diary entries, I’ve also made a few friends. Making new acquaintances was a very nice and welcome surprise. Recently, I found two planets with Biological points of interest. I haven’t seen any in the best part of three months and then all of a sudden, I get 20 locations within one evenings exploring.

As usual, I fail to get to the surface when the star is above the horizon, but I have taken some pictures and made them as interesting as I can. The POI and scenery were not at all helpful in that respect, but I still have time to find pretty places to take snaps. The first planet was full of crystal forests with hot gas vents. I imagine the biological signal was from the vents, but I can’t say for sure as the Piolets Federation won’t get us the tools for scientific investigation and sample collection. 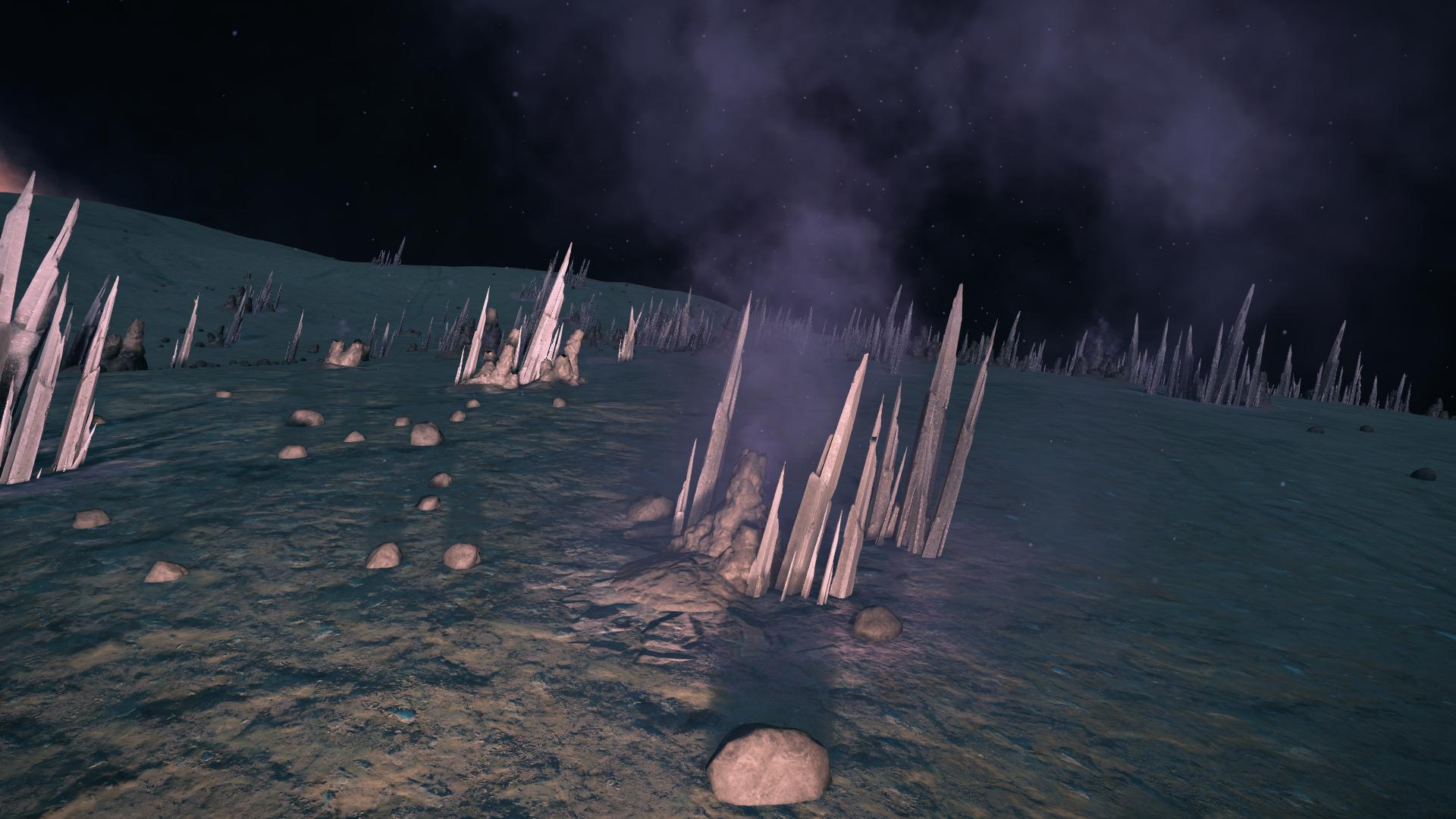 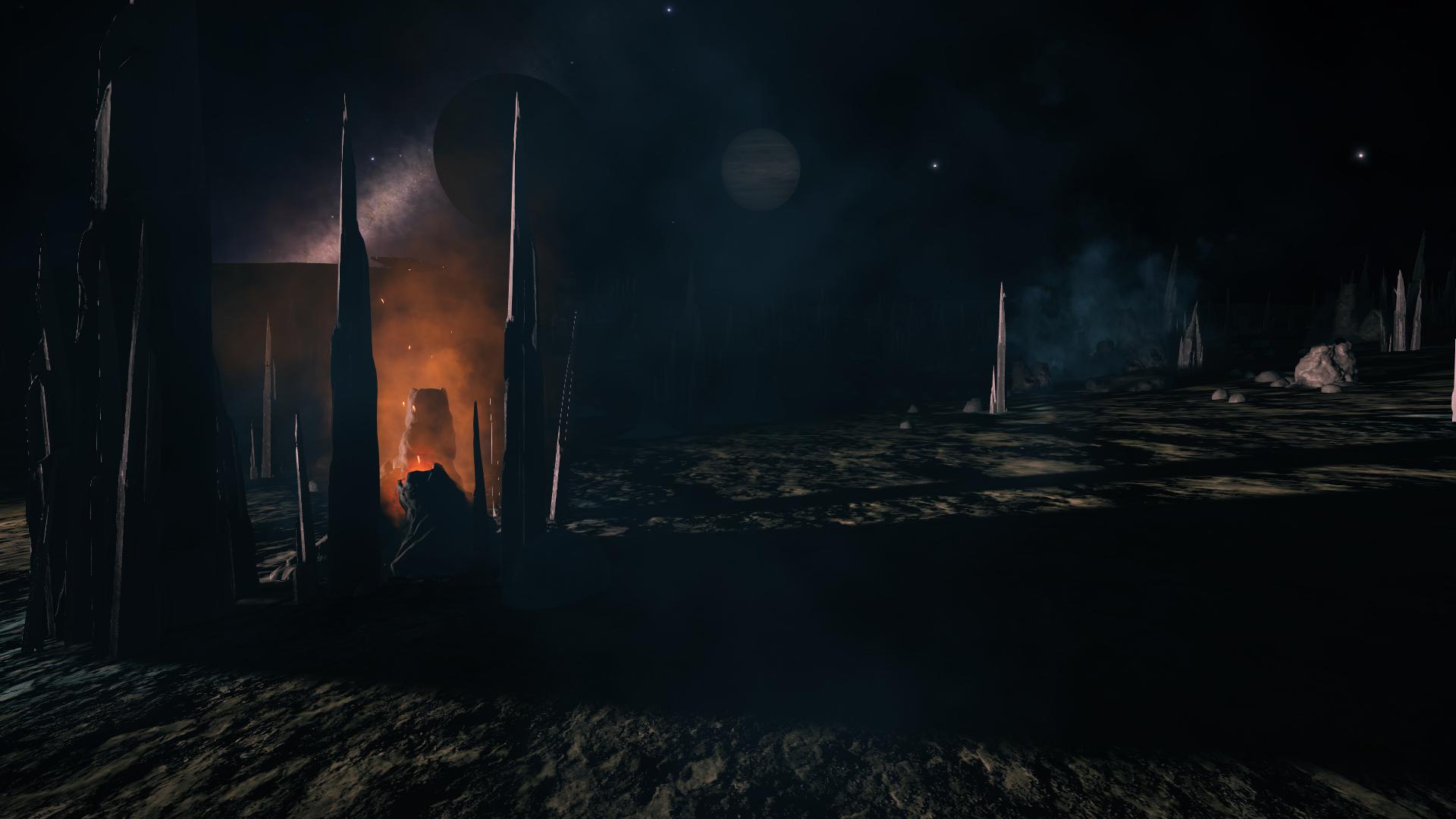 The next planet I found only had three locations to investigate but was far more satisfying. I landed, well I say landed. I came in hard and fast slamming the Reach into the ground doing a bit of damage to the hull. Not my finest landing and I really should know better. Thank goodness I was in a Phantom. Anyway, I found things that look like giant Sea urchin shells. They gave off a nice relaxing light show and didn’t show any signs of sticking out poisoned spikes like a Sea Urchins do when they feel something come close. 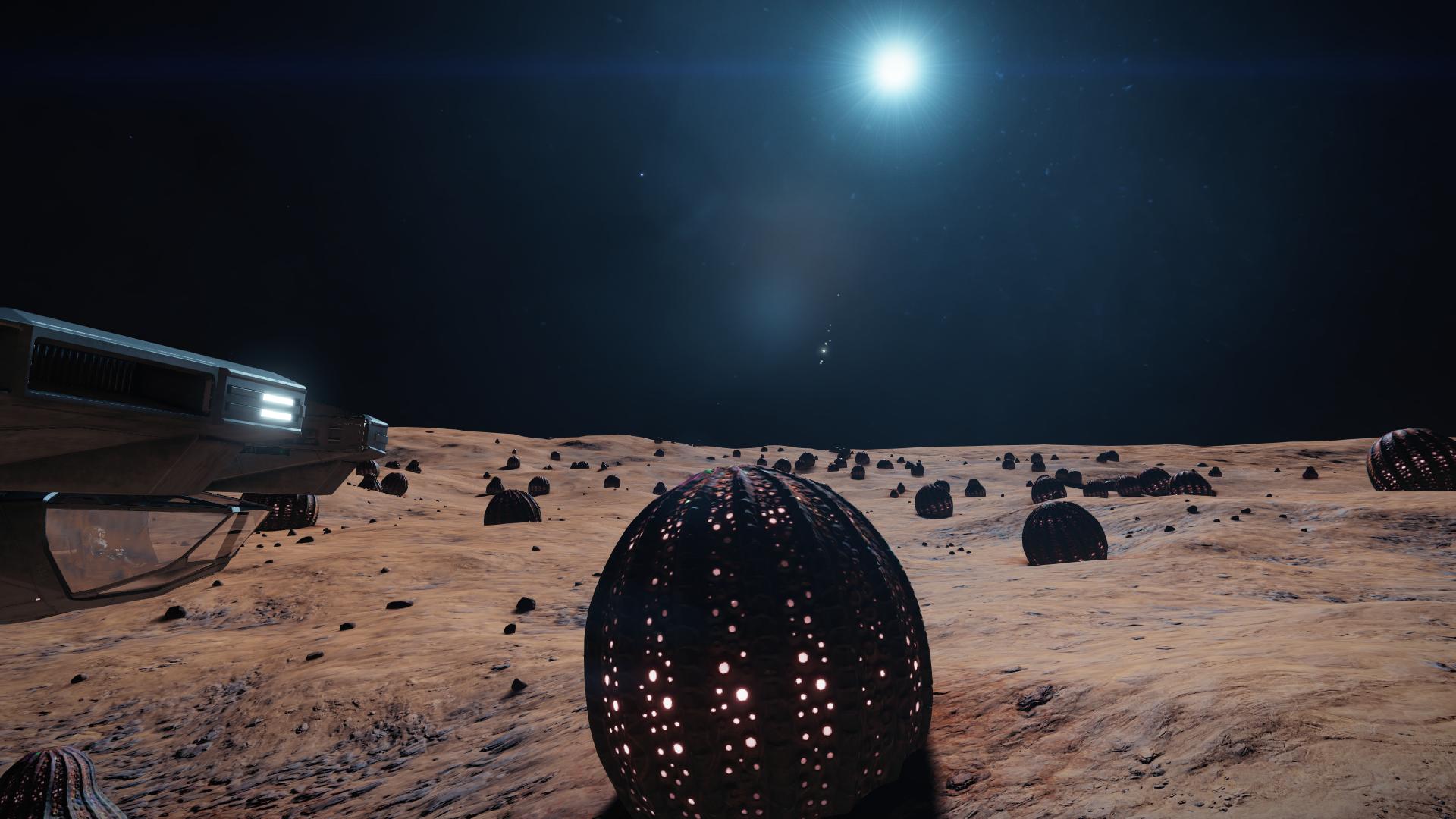 It would be really nice to collect samples to bring back, and I’ve had some good ideas on how this could work, including a ship designed specifically for long-range exploration and specimen/sample collection. I'll slap the PF in the face with that when I get home. Speaking of ship design, I gotta tell everyone just how amazing the Phantom is. I’ll put that up later, but seriously, if you’re an explorer and you ain’t got one, get one. If ya doin anything else, get the Krait MkII.  They may not be the best, but they are both really, really satisfying to fly in any role.

*See my second entry for my opinion the ADC
Do you like it?
13
Shiny!