We successfully departed from Amundsen Terminal and headed toward the Traikoa Nebula in Traikoa FL-P E5-4 for one specific purpose... to see "The Black Treasure".

While we have made this journey once before, we didn't take the opportunity to conduct any science experiments while we were there, just more of a tourist stop on our last journey to Colonia.

I have to say that no matter how many times I see this, it's still breath taking and beautiful. It's amazing how the gravitational forces from the event horizon distort and twist space almost in an optical illusion that appears to wrap light around it. The only revealing property is the dark mass that is the black hole in the center of it all.

We took several readings of the various gasses swirling about the nebula as well as many of the crew who took photos to send back home to loved ones in the bubble.
This reminded me of the trips I had taken back on 20th century Earth to a place known as Niagara Falls. While certainly much smaller than the Black Treasure, the awe and beauty of the sights still have the same captive feeling that this was all done long before my existance, and will continue on for millions of years to come.

After our visit to Traikoa FL-P E5-4, I decided to alter our course from Eagle's Landing to the Omega Nebula, which was only about 27 jumps out. I had found during this course that I had failed to set the navigational computer to plot our course based on fueling stars. A few times I had to alter our course to prevent the embarrassing call to the Fuel Rats. I know I'd probably never live that one down.

"Hey guys, there's a Duke stranded in the Omega Nebula...who wants to place bets on how much he'll pay to get his cutter refueled?"

When we arrived in the Omega Nebula I have to admit that it really wasn't that impressive. I'm not sure if it was because of our visit to Black Treasure, or that there really wasn't much of a nebula for us to look at, but all the same we still ran scans of the particles in that region.

From there we pushed on to Eagle's Landing in Eagle Sector IR-W D1-117 and finally touched down about an hour ago. No festivities here like at Amundsen, but very warm and generous people out in the void, just making their living and enjoying life.

My wife and I decided to stay aboard the Ethereal Equinox and have a quiet dinner this evening. The rest of the crew is still in good spirits, and Lianna, our fighter pilot, just told everyone that she brought a kitten with her. From what I recall of old Earth Traditions, cats are supposed to be good luck on ships, and since the rest of the crew doesn't seem to mind, I see no harm in the additional crew member. I will say it is the cutest thing, a seal point Himalayan, which was thought to be extinct many centuries ago, and has the most beautiful blue eyes. Lianna has affectionately named her Nebula.

Well that's it for this particular entry, the next entry will be from Sacaqawea Space Port in Skaudai CH-B D14-34 in the Inner Scutum-Centaurus Arm, which is about 5k LY from our current position in the Inner Orion Spur. Until then... 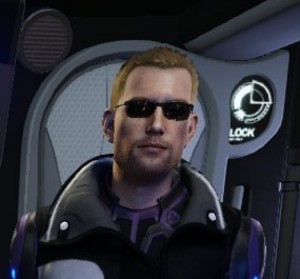