My buddy is back on board the Krait 2 with me, but this time in the co-pilot seat while I take control. Raven and I have made a few changes to the Krait in preparation for taking on a Cyclops, the `easiest` of the 4 large Thargoid interceptors. Nerves or excitement – maybe a mixture of the two. Either way, something is coursing through our veins and changing the mood to a more serious one as we buy specialized Guardian weaponry, gizmos and additional hull re-enforcements.

I could be going at it with a large Anaconda, armed to the teeth and mega re-enforced – the thought has crossed my mind. But the cost of losing one of those would be into the many tens of millions, rather than 7 million for the Krait. I feel that I will develop skills better with the medium sized fighter also, rather than just club the Cyclops into submission in a tank.

Raven and I fly out to a threat level 5 spot. No Thargoids here, but some wreckage and a few canisters to pick up. This is a good spot for a practice on the new set up.

“Prepare your scanner, you must” says Raven, putting on a voice and trying to mimic Yoda. Sounds nothing like him, but the attempt to lighten the mood is appreciated. She has been up against these many times, but it has been a while for her – she feels a little rusty.

First up there are the gauss cannons. Three fixed so far, with fourth in transit. This leaves one more hard point for the flak launcher. Already, I see another disadvantage, more hard points would be handy for a second flak launcher or another weapon. The gauss cannons fire off ok, but take some getting used to. You have to hold down the trigger a second or so to power up, then release, then wait for a brief recharge before firing again. They are fixed too, meaning my aim has to be spot on. The flak launcher works pretty well, hopefully just one will suffice for dispatching the drones.

We’ve got a xeno-scanner rigged up this time, as well as field shut down neutralizer – at the expense of two good shield boosters. I’m still not convinced we need the scanner, since the targets are large enough, can still be targeted without and can be identified visually. The field neutralizer may also go, since I hope to outrun the field – but I will have a try with it anyway. We also really need heat sinks at some point to run the ship cool at critical times and minimise Cyclops weapon fire.

Reading up on how to tackle the Cyclops is confusing. This is where it breaks down for me – the ship and setup is one thing, but tactics are really where it starts to get complicated. There’s the swarm, the hearts that get exerted, the lightening and missile attacks, fly close when this happens, boost past at this time, fire a heat sink etc.. It all boils down to being around them and becoming familiar with them in combat.

Time to find a Cyclops. I wont win this fight, but I hope to do some damage and learn a little more. I hope that I’ll get away before being destroyed – that would be a bonus. 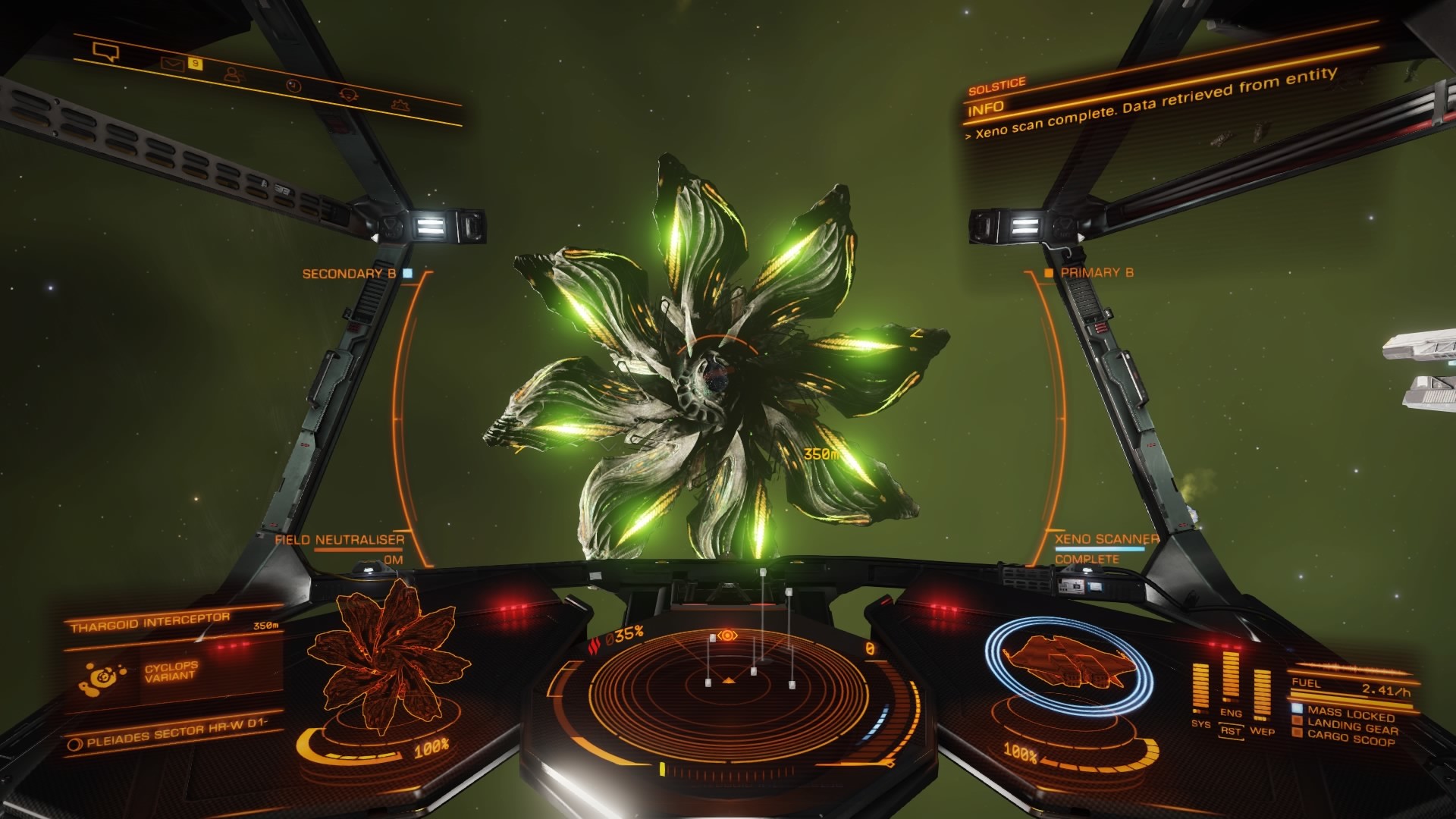