After some rest in the nebula we began the earnest trip back.  The vast majority of systems were unremarkable chain of icy, rocky and gas giant systems slowly dominated by red dwarf stars.  There were a few memorable systems however.  One was a neutron star with a gas giant orbiting 17Ls out with an orbital period of just under 3 days.  Difficult to imagine the conditions that resulted in a supernova that also left a gas giant this close and intact.  Very seldom does the light from a compact star reach any planet much less this brightly.  We enjoyed cruising that system a bit.  We also ran into our first notable stellar phenomenon on the way.  Turned out to be metallic crystal structure as well as gourd molluscs.  Everyone was a little set aback when they first came floating into the ship and bumping into the shields.  Once it was clear they were harmless we just enjoyed the show.  This was a newly discovered system.

Beyond that there really was not much else to report.  Just the grind of jumping and scooping.  We found a few water worlds and teraformables but slowly the number of neutron stars began to taper off as we approached the bubble.  Eventually the inevitable came and we were forced to decide if we should risk it with boosting from white dwarfs.  The crew was against it feeling it was too risky, but I wanted every extra light year I could pull.  So I of of course decided to do it my way.  I'm not sure what all the fuss was about.  Aim for the far end of the cone and pour on the throttle once the charge is complete.  Kaylen and Edwin were terrified at first but after repeating the next 4 times the fear died down.  Double distance was certainly worth the effort to supercharge.

After about 100 jumps we shut down for a cycle in a system with a bright blue star.  We're about 1,300 lightyears out from the edge of Empire space.  This was the moment I laid a surprise on the crew.  I had pledged support to A. Duval.  The object is to get access to technology and we'll start there with Imperial ships and Prismatic shields for our trade ships.  This obviously has implications for business and freedom of travel but there is no other way to obtain this technology.  Engineer access will also be a laser focus while we are back.  They took it well and we laid in the final leg of our trip.  Another 40 jumps ahead. 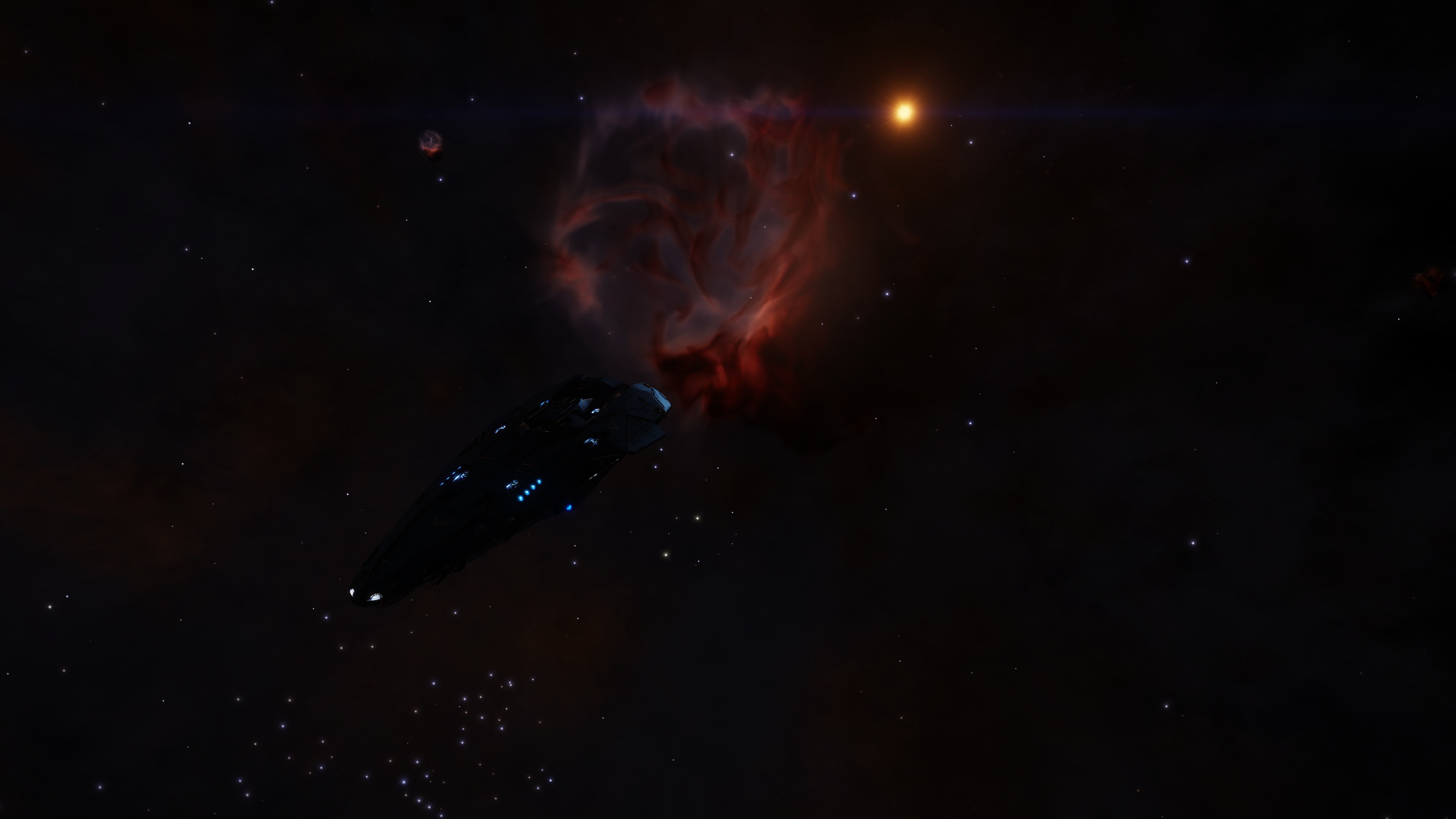 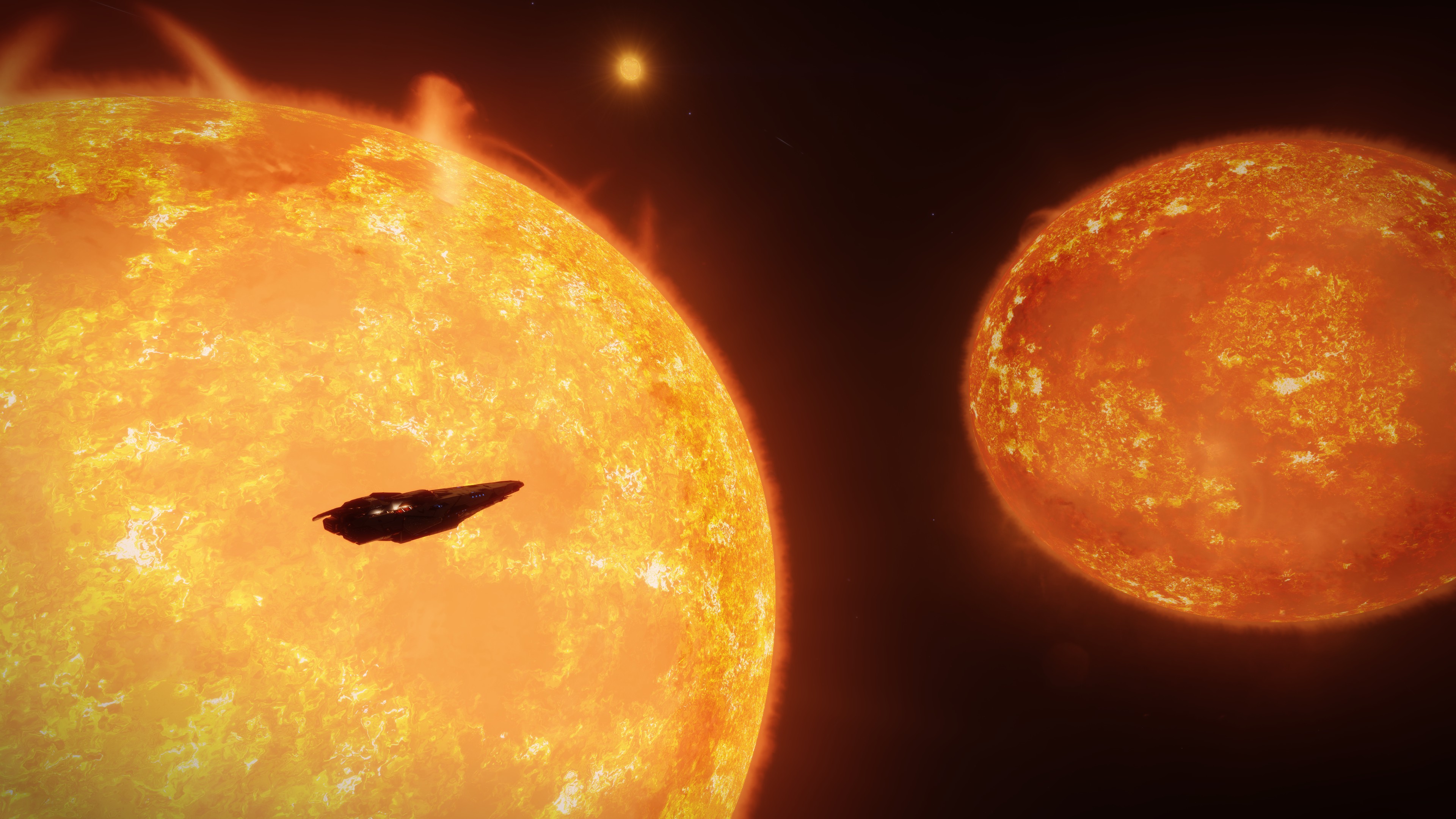 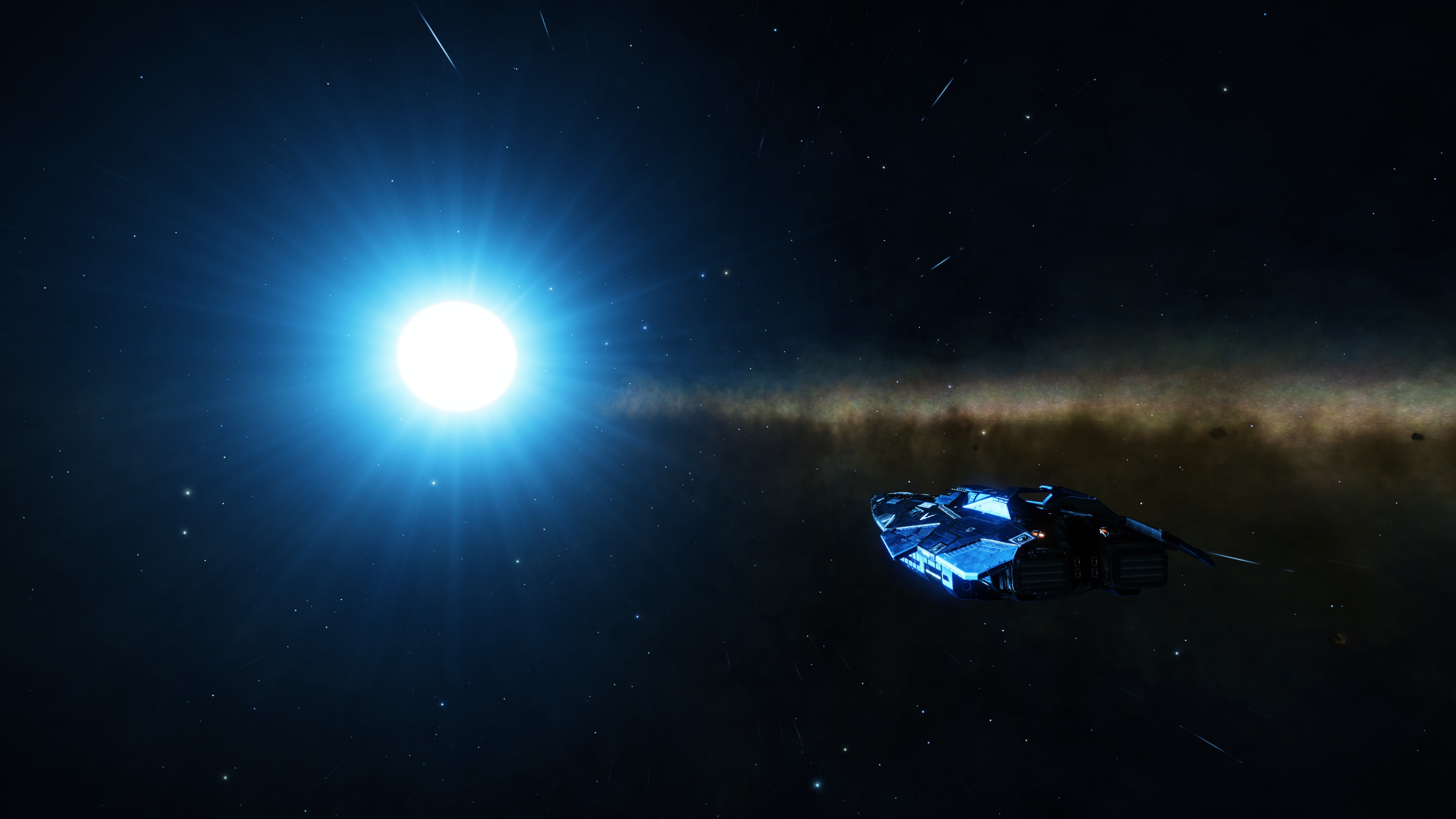