So What Does an Intersteller Relations Manager Do?

Everything. It's as simple as that. I've done so much already. Things I've not done for a long time. I've loved every minute of it.

First things first, these logs are now sanitised and so names and places will be either redacted, deleted or changed so I've been told. Hopefully they'll leave enough in to actually make it all worth reading.

A day in the life of an IRM then. Wake up. Admin. Check the system reports for those that matter. By this I mean it could be the system I'm in, ones the Company have a stake in or even those that just need to be kept an eye on. I have to check over all sorts - influence, states, trade data, traffic logs, local news, system news, faction news and on and on. It took a while to begin with but I'm on it now and know what I need to get out of the reports I'm given.

After this I set out to the Company HQ and have a meeting with the VP. She's actually human! I didn't think she was. I mean, I knew she was human, but she was so distant and corporate to me back in the day. Now, it's like she's a different person and is actually alright. She briefs me with her stuff and I update her with anything relevant I gleaned from my reports. Then it's onto anything she wants me to do. This is where my day gets real interesting.

For example, we're trying to push the company into this new system for a certain reason, so I had a list of jobs to do to see what I could do to help the manager out. Now some of this is legal and pretty mundane. Some not so much. But we'll get to that. And this is just one day's work.

I set course to this system and as soon as I entered I was straight to work. I helped get some trade networks set up thanks to my large cargo hold. When you're an IRM you can get things done a lot easier. I probably ferried around 4-500 tonnes of cargo this day to various systems. These trade routes help get the local people on our side. The more goods we get moving for them, the more likely they'll support us. If you can, you're trading for yourself on these trips too and making a fair profit along side.

I then had to visit some systems and collect some data too. These jobs are a lot more interesting. I can't talk about details but when you have to land 4 clicks outside of an installation that has skimmers, local authority vessels and turrets guarding them, and then drive a blacked out SRV in, past these defences and hook up to a data access point, you know you ain't supposed to be there! Especially when you're leaving at full speed, skimmers shooting lasers and missiles at you, repairing the SRV as you drive, waiting for shields to regenerate and calling your ship in all at the same time. Man I've got some stories to tell! I've been caught once so far. This one time, the SRV got wrecked. I managed to get back to my ship and the red mist came down and I went back to fight. I lost. The ship got totalled and I woke up in a prison ship. 7MCr re-buy and a lesson learned. Don't get caught.

Once I'd done these few missions I was back to hauling stuff around again. Some of this stuff is valuable and I don't mean expensive. I'm getting interdicted all the time, well attempts are made anyway. One day I'll let them get me. Maybe then, when their pilots are dead, the people that send them will back off.

This was all in a day remember. Just one day! Before, when I was out on the REXES mission a day was just honking and FSS'ing a system at a time. Ten or twenty a day, scanning for shit and then investigating what you pick up. It's nothing like this. An ELW or an AW? Terraformable? Maybe one every 10 or so systems. Yeah the pay's good but man it's no comparison for excitement.

That was it for this one day. I say that's it but it was a good day and its only going to get better. I'm watching one system and it looks like we're gonna end up in a war over it. I mean, I don't want to fight and kill other people but it's the other companies that don't like change, especially when they lose power. But I'll fight. I'll do what needs to be done to keep my head above water. There are hundreds of thousands of people that are relying on it. Relying on me it feels like.

I'll leave it there. But I'll write up some more soon.

[THIS TEXT HAS BEEN COPIED FROM MY EDSM LOGBOOK WHICH IS BEING DISCONTINUED}
Do you like it?
1
Shiny! 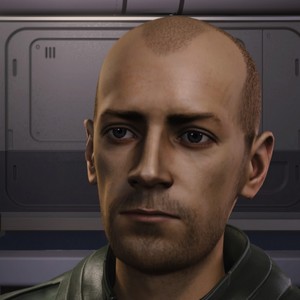